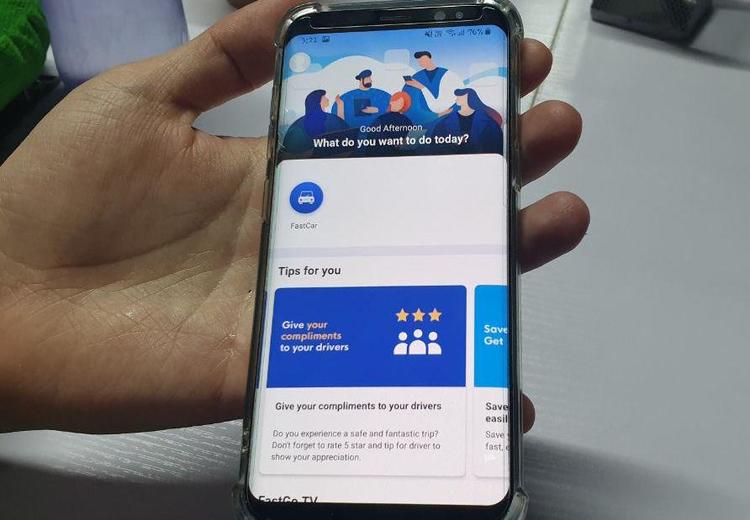 New Vietnamese ride-hailing service FastGo begins trialing their service in Singapore, where it is currently being dominated by industry giants, Grab and Go-Jek.

In the latest addition to the ride-hailing scene in Singapore, 11-month-old start-up from Vietnam, FastGo, has begun trialing their point-to-point services in Singapore.

A check by us on Monday (13 May) shows that the FastGo mobile application is available for download on both the Apple and Google Play Store.

After downloading the application, the signup process was simple, requiring only our mobile number for verification. Upon registration, we were able to book rides immediately.

From what we can see, there was only one type of vehicle to choose from, a 4-seater option called FastCar, similar to what Go-Jek is offering at the moment. From what was shown to us on the map, we saw a few FastCars on the map in our vicinity. One thing to note is, it appears that cash is the only payment option during this trial period. 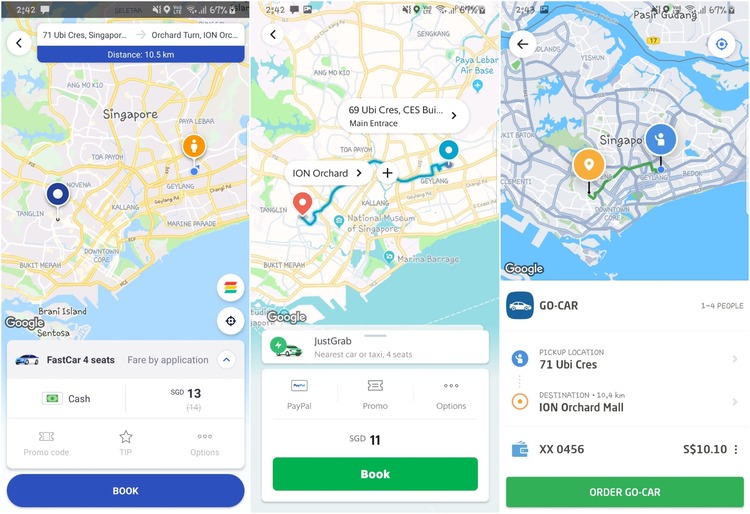 We assume that the deduction of S$1 is meant as a welcome discount as there wasn’t any explanation for the on-screen price reduction.

The FastGo app also has a page called Promos, a feature that a great number of Singaporeans would appreciate. On the promotions page, there was one offer called “Finish 10 rides – Get S$50 promo code”, which expired in April. We understand that when you verify your FastGo account, you will get more offers from the Vietnamese ride-hailing company.

One more feature that saw our eye on the mobile app was a video on the FastGo TV. On one of those videos, the caption below said “Book FastGo, whether sunny or rainy, the old price remains unchanged.”

What this would mean is that FastGo, unlike rivals Grab and Go-Jek, does not employ the use of dynamic pricing, which alters fare prices accordingly, subject to demand from riders in a certain area.

If this is true, that means the price that was quoted to us for a ride from Ubi to Orchard would stay at $13 at all times of the day. This would be considered extremely affordable during peak hours, when Grab and Go-Jek fares are famously known to surge sharply when demand for rides jump.

Back in March, FastGo announced that there were planning to enter the Singapore ride-hailing market by end-April, and that the initial fleet size here will be at least 3,000 cars on the roads.

FastGo begun recruiting drivers in April, and we have heard from a private-hire driver who currently drives exclusively for Grab that the signup process has been smooth thus far. As part of the driver sign-up process, we understand that the drivers have to submit a picture of themselves for verification and, we presume identification, when riders book a ride with them through FastGo.

Prior to the soft launch in Singapore, FastGo only operated in Vietnam and Myanmar, with plans to launch in five other countries in the region, such as Indonesia and the Philippines, by the end of the year.

Unlike taking a percentage of the fares from drivers like what Grab and Go-Jek, FastGo has said that it will charge drivers a daily subscription fee of less than US$5 if a driver's income exceeds US$30 a day.

FastGo also aims to raise US$50 million in the next few months to fund its regional expansion plans.

But, only time will tell whether this new start-up from Vietnam can take the fight to industry giants Grab and Go-Jek, both also looking to dominate the South-East Asian ride-hailing market. 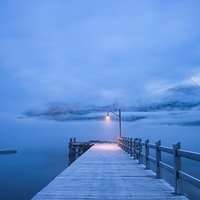