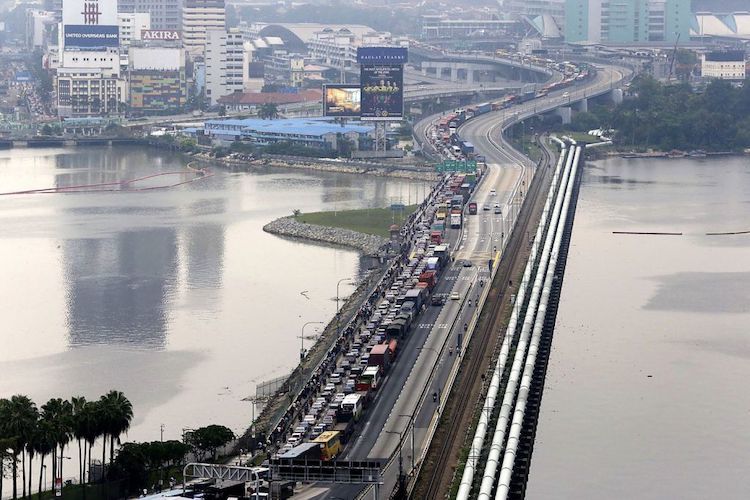 From 1 October 2019, Malaysia will begin to enforce a Vehicle Entry Permit (VEP) for all foreign vehicles entering the country.

In a statement by Malaysia’s Transport Ministry, only foreign vehicles with the VEP-radio frequency identification (RFID) tag will be allowed to enter the country from October 1.

The VEP-RFID tag has a validity of five years, and it is issued by the Road Transport Department (RTD). To sign up, foreign drivers must register online at vep.jpj.gov.my and make appointments to receive and install the tags.

Previously, Malaysia was due to implement the system in January 2018. However, Malaysia’s then-transport minister Liow Tiong Lai announced that the rollout of the system will be delayed to “fine-tune the system”.

Back in September 2018, a Malaysian news agency reported that the system was in the final phases in testing and was due to be rolled out for vehicles entering Malaysia from Woodlands and Tuas Second-Link checkpoints from end-2018.

This new rule falls under Section 66H of the Road Transport Act 1987, which will require all foreign vehicles entering Malaysia through any route, landing place, check point, or point of entry to apply and register for the permit with the RTD.

The ministry went on to say that phase one of the VEP implementation will be at the two land checkpoints linking Singapore and Malaysia, the Bangunan Sultan Iskandar and Kompleks Sultan Abu Bakar in Johor Bahru.

The ministry added that the dates for the rollout of both future phases will be announced in the future.