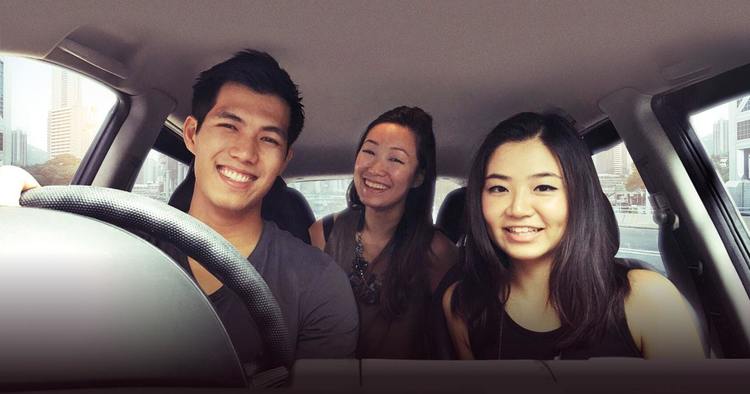 
Looking for a hitching alternative to GrabHitch or RydePOOL? Just join SG Hitch on Telegram and look for a driver who will take you to your destination for the right price!

SG Hitch is a Telegram group with the simple goal of connecting drivers and passengers (or rather, hitchers) directly without any middleman. Effectively, SG Hitch is providing the same service, sans the service fee, as Grab’s and Ryde’s social carpooling services, GrabHitch and RydePOOL.

According to the group’s description, SG Hitch Telegram group was created late in February to “provide a cheaper alternative with the demolition of late-night GrabHitch services”. 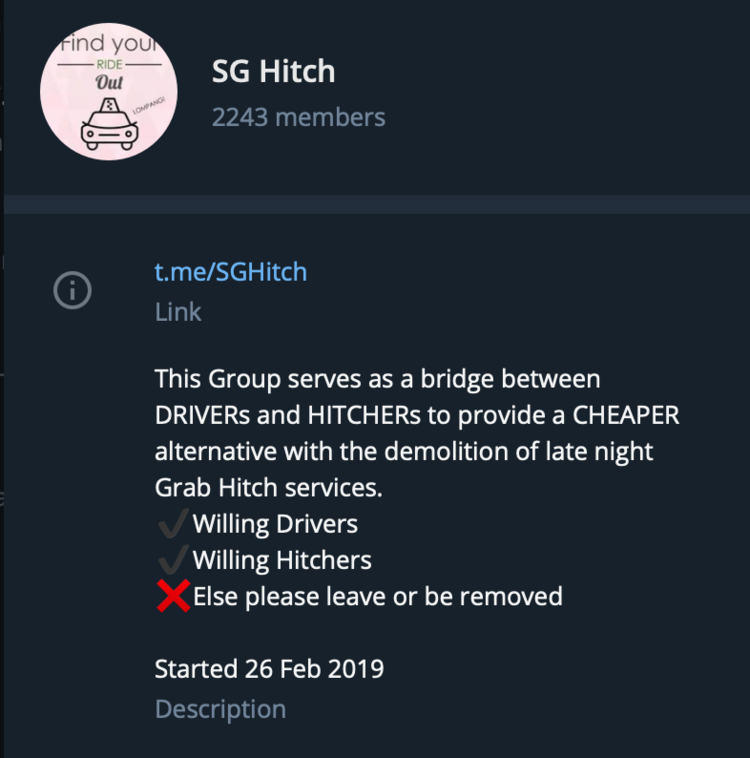 A quick check shows that as of 3pm on 12 March (Tuesday), about 2,200 members have joined the SG Hitch group.

In SG Hitch, anyone (both hitcher and driver) can send out a request, that includes the pick up and drop off point, time, and the number of pax.

In terms of pricing, drivers and hitchers can send each other private messages to negotiate an agreeable price for the journey. Drivers do not have to pay a commission as there is no middleman, unlike other carpool services like GrabHitch and RydePOOL, which are operated by Grab and Ryde respectively.

In Singapore, carpooling is legal but drivers are only allowed to receive just enough money from hitchers to cover the cost of the trip. Also, drivers are not allowed to provide more than two trips a day.

Interested in this concept, we decided to find out if SG Hitch can be a proper rival to established fixed-price carpooling services. Posing as a single rider (one pax), we contacted three drivers on Tuesday afternoon advertising trips to various places at various times on the group.

The first driver was offering a trip from Punggol to Changi Airport to leave immediately (3.20pm). After finding out that GrabHitch was charging $12 for the same trip with the pickup at Punggol Way, he offered to send us to the Airport for $10. At that same time, JustGrab was displaying the price of $15 for the exact same route.

The second driver was looking for hitchers for a trip from Punggol Way to MBS to leave at 6pm. This driver quoted us a price of $13, the exact same price as a trip on GrabHitch. When we checked JustGrab at 3.30pm, it quoted us a price of $17 for the exact same route. If we take into account the evening rush hour, this exact route will probably be 1.5 to 2 times more expensive at 6pm.

The third driver was looking for hitchers going from Yio Chu Kang to Tampines or Simei at 6.10pm. We asked him how much would it be for a trip from Nanyang Polytechnic to Tampines Mall. He quoted us a price of $12, which was once again, the exact same price as GrabHitch (JustGrab was showing $15 at 3.30pm).

When we pointed it out to the driver, he asked us how much lower we want the price to be. Therefore, it seemed clear to us that the driver was open to some negotiating on the price.

What we have deduced from our experience was that most drivers will base their prices on what GrabHitch was quoting for the same trip. But at the same time, some of them seemed open to negotiating for a lower price to make the service they were offering more attractive as compared to GrabHitch.

While SG Hitch does seem like an interesting concept to rival other carpool services, it appears to be a more tedious process for drivers and hitchers alike. It would mean posting on the Telegram group or scrolling through message after message looking for a suitable party.

Compared to GrabHitch, it will try its best to match you to a driver or hitcher. But even then, there are no guarantees.

But, with its number of members growing larger by the minute, it is an interesting concept that could just take off and disrupt the operations of other carpooling services, similar to how Grab and Uber disrupted the industry a few years ago. Andres Chacon
there is a new bot in town! https://t.me/pickngo_bot
Like Reply Adeline Teo
oo will give this a try!
Like Reply