Inconsiderate Drivers of the Week: Episode 28 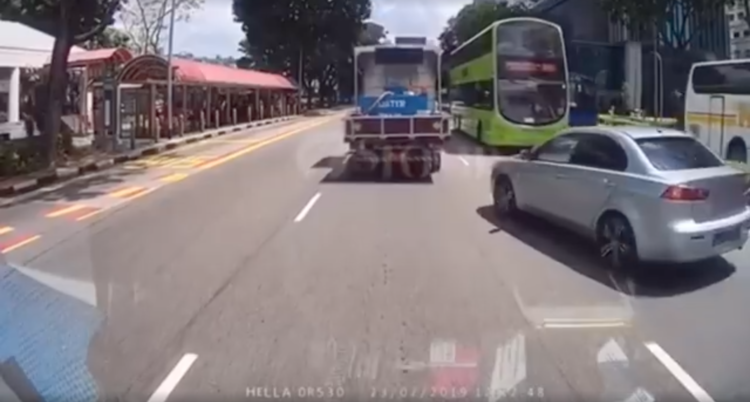 
In this episode of Inconsiderate Drivers of the Week, we feature drivers who ended up driving on the wrong side of the road, a tailgating Mercedes driver and a speeding lorry driver that caused a multi-vehicle collision.

It is unclear whether there were passengers in the bus, or what happened to the bus after the video ended. But what we do know was that the bus number was flashing on the display panel, so the bus was in operation.


It’s one thing to commit a traffic offence when you think no one is watching. It’s an entirely different thing to do it in front of a police car.

In this video, we can see a line of vehicles waiting to either turn right or do a U-turn at a traffic junction. In the queue is a police car, and in front of it, a white car looking to turn right. But for some reason, the driver of the white car turns into the wrong side of the road.


Many drivers like to think of taxi drivers being a menace on the roads and the biggest causers of accidents on our roads. Regardless of how true the sentiment may be, any one of us can cause accidents if we do not practice safe driving, like one of these taxi drivers here.

Both taxis collide with considerable force, sending one of the taxis forward, just a couple of metres from the camera car.


It does not matter how expensive your car is, all of us have to pay the same fees while on the road, like parking fees, for example. But in this example, it goes to show that just because you drive a high-end car, it does not mean you have high-end ethics.

What the Mercedes driver did was not only against the law, but it was also downright dangerous, as seen by the barrier almost dropping on the motorcyclist. It is only right that we all pay what we owe to the parking system since we used the parking facilities.

5) Lorry Driver Speeds on Right Lane, Causes Chain Collision After Not Being Able to Brake in Time


Speed limits are on our roads for a reason, they are for the safety and benefit of everyone on the roads. Special speed limits are also imposed on heavy vehicles due to their load, and thus, an increase in stopping distance.


In this video, the camera car is driving in the middle lane of a three lane road at a reasonable speed. In the middle of the video, we suddenly can see a lorry speeding on the right lane.

All of that happened just because the lorry driver wanted to speed and drive on the right lane. No excuse will ever be good enough when it comes to causing a collision on the road due to the guilty party speeding.