Newton Circus Roundabout: What’s All The Fuss About? 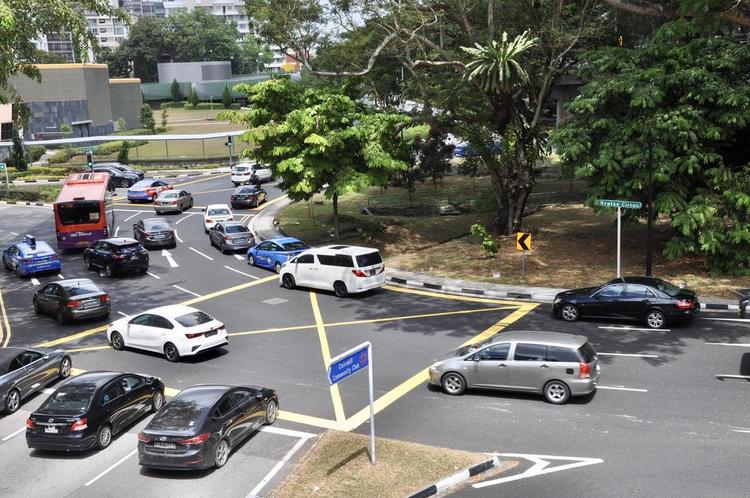 Situated in town, linking Bukit Timah up with Orchard and Novena, the Newton Circus roundabout is probably Singapore’s busiest roundabout. Due to heavy traffic, many drivers, including the authorities, are wondering on ways to improve safety in the roundabout.

According to TODAY, Member of Parliament for Tanjong Pagar Group Representation Constituency Melvin Yong brought up the issue of safety at the Newton Circus roundabout. When TODAY asked him about it, he mentioned that residents in his constituency had witnessed “many near misses and sometimes minor accidents” there.

In response to Mr Yong’s concerns about the roundabout, Transport Minister Khaw Boon Wan raised the possibility for the Land Transport Authority (LTA) installing traffic signals in the area to try and improve road safety. These traffic signals would be on top of the signalised traffic lights already installed to manage the traffic flow.

TODAY also spoke to a few drivers who mostly agreed that the existing traffic lights have made the area safer, along with helping drivers who were new to roundabouts.

One driver TODAY spoke to said, “some people don’t want to give way, but with traffic lights people have no choice but to stop, so the other drivers can go first.”

However, few were sceptical about adding more traffic lights, thinking that it would add to the congestion problem.

On that issue, one driver who uses the roundabout everyday said, “it’s very odd, when there is a circus the purpose is to regulate traffic. Now with all the traffic lights it means you’re controlling the traffic,” adding that, “one end will get stuck while the other end will move. That’s bad.”

Despite the existing traffic lights, some motorists, especially motorcyclists, find it difficult to go through the roundabout safely.

One motorcyclist TODAY spoke to claims to have met with “over 10” occasions of near-accidents. He also said there should be traffic lights at adjoining lanes with less traffic.

The 27-year-old added, “they need to put more traffic lights there if they’re doing this traffic light thing. Not all of the entrances and exits have one, and some drivers almost killed me a few times.”

The Highway Code on Roundabouts 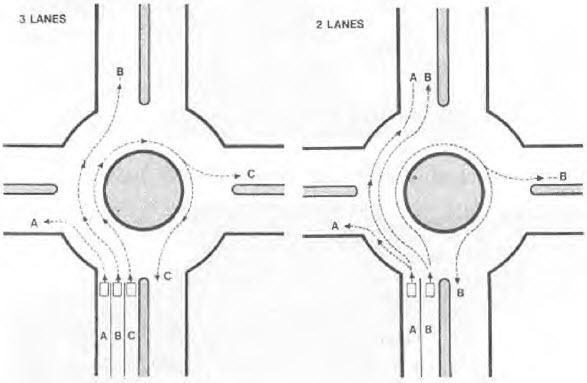 Contrary to popular belief, our Highway Code has a section on how to use a roundabout safely. In a nutshell, the general rule is, “slow down when approaching a roundabout, and give way to traffic on your right.”


From what we can see, the problem of congestion would come in at the ‘3 o’clock’ exit. According to the illustration, motorists who wants to use the ‘3 o’clock’ exit should enter the roundabout and drive on the innermost lane before exiting straight from that lane. That would mean cutting across all the outer lanes and the other motorists giving way to you, following the rule of giving way to traffic from the right.

But unfortunately, the Newton Circus roundabout is usually just four lanes of lawlessness for motorists to travel on, especially during peak hours. The problem is that most motorists don’t want to use the two inner lanes, fearing being trapped in the roundabout by other drivers who refuse to give way. Thus, in that situation, we would have two crowded outer lanes and two relatively empty inner lanes.

This problem stems from another systemic problem, which is just pure pettiness from other motorists refusing to give way to others, as mentioned above. With almost everyone crowding the two outer lanes and a lack of courtesy to give way to motorists in the inner lanes, ergo, the massive congestion.

Going Around a Roundabout Safely

Talking about the theories of using a roundabout means nothing without trying it for ourselves. Last year, we actually did a video where we actually spoke about and actually drove through the Newton Circus roundabout.

As mentioned in the video, there are almost no rules being enforced on how to navigate around a roundabout. Your best friend in this situation would just be your ability to be wary of your surroundings. After multiple rounds, we did manage to see some kind of pattern among drivers in the roundabout.

Also mentioned in the video, the cars on the outermost two lanes usually can turn left without any issue, sans the car on the outermost lane going straight without warning and not giving way. Thus, the act of turning off the roundabout only gets harder.

So, if you are insistent on driving on the outermost lane, despite wanting to go straight, we think it is probably best that you continuously signal right and be sure to give way to cars exiting on your right. In turn, those on the inner lanes looking to exit, be sure to signal left early and watch out for what the intentions are car on your left.

Maybe if we just follow the simple rules already laid out by the authorities and drive in a more courteous manner, there would be less chaos and incidents at congested roundabouts. If so, then the LTA may not need to propose installing more traffic lights at Newton Circus, which could very well add to the problem rather than fix it.


How do you normally navigate a roundabout? What do you think about LTA’s idea of installing more traffic lights at the Newton Circus roundabout? Let us know in the comments below!

Read more: Everything You Need to Know About Tunnel Safety in Singapore Yee
A roundabout does appear to be the most efficient way to keep traffic moving, both when the roads are busy and not busy. If SG is only going to have more roundabouts, can we please have more specific rules on lane etiquette and signals when driving in one? Some have said that the outer lane can be used for exits within or up to 12 o’clock directions while some say the outer lane should only be used when taking the next exit. I tend to put on the right signal when I am not leaving the roundabout at an exit, but am unsure if it is widely recognised as the correct way. Also I have witnessed some rather self-important drivers ‘straight-lining’ in roundabouts, either cutting off other cars or risk collision. I truly wish that we are a responsible lot that can be relied upon to use our discretion and consideration when we are sharing the roads with other people, but sadly, we seem to always need rules to keep our behaviour in check.
Like Reply 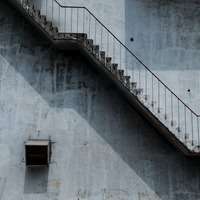 Courtney
Problem's not with the roundabout but the impatient/reckless/inconsiderate drivers.. 😡
Like Reply