Inconsiderate Drivers of the Week: Episode 17


In this week’s episode of Inconsiderate Drivers of the Week, we feature a self-entitled parking lot stealer, a dangerous tailgater and, a driver crashing into the pedestrian walkway.

There are many things you can do to anger others on the road, from cutting into their lane without signalling to road-hogging. But the worst thing to do, arguably, is steal a parking lot. It may lack the danger of an accident, but such an unethical move will likely leave many drivers fuming.

In the video, we see the camera car waiting behind a BMW to leave a parallel parking spot. All of a sudden, a white Mercedes appears from the left and goes in front of the BMW. A lady then exits the vehicle and approaches the exiting BMW vehicle, presumably to ask if he or she is leaving.

The lady then stands in front of the camera car, blocking the car from manoeuvring while the BMW prepares to leave. The camera car, realising what is happening, honks for the lady to move and quickly squeezes into a position that blocks the offending Mercedes driver from parking in that spot.

2) Nissan Car Dangerously Overtakes a Motorcycle and Tailgates a Car


In the video, we see an old Nissan sports car coming up dangerously close to a motorcycle on the left lane and intimidating the rider. The Nissan then tries to overtake the motorcyclist from the left, causing the rider to swerve suddenly in-between two vehicles.

If the Nissan driver was in a rush, as he or she seemed to be, the driver would probably have sped off on the left lane after the camera car changed lane. Thus, it goes to show that the Nissan driver just wanted to tailgate and intimidate other road users, almost causing a collision with a motorcycle.

3) Honda Vezel Gets Sideswiped by a Truck


In the video, we see a Honda Vezel and truck driving side-by-side on an expressway. All of a sudden, the Honda driver begins drifting left, into the truck’s lane. Reacting immediately, the truck driver slows down and sideswipes the Honda Vezel. The Honda then spins into the road shoulder.

While this could be a simple case of changing lanes without checking for traffic, some netizens are saying that the Honda driver had a stroke while driving. If that were true, the Honda driver was extremely lucky that the truck driver reacted immediately and slowed down, reducing the crash impact on the Honda Vezel.


When entering a main road from a side road, it is the job of the driver to check that there are no vehicles approaching or that the approaching vehicles are still a safe distance away before pulling out.

In the video, we see the camera car, another car and motorcycle on the main road approaching this small lane where vehicles are waiting to enter the main road. We can also see a white car waiting in the yellow box, blocking the view of the Audi driver on its right.

All of a sudden, the Audi driver pulls out into the right lane, causing the camera car and motorcycle to take evasive action and braking abruptly to avoid colliding with the Audi. Under such circumstances, the Audi driver should have turned into the left lane instead of the right.

That is because the car in the yellow box was blocking the left lane. So theoretically, the Audi driver would not have risked an accident with any approaching vehicles by entering the main road on the left lane.

5) Black Car Goes Straight on Turn-Right Only Lane, Crashes Through Bollards and Goes up the Pavement


If you are a frequent driver on the roads, a common sight you would see are inconsiderate and reckless drivers violating road markings. An example would be going straight on a turn-only lane, and vice versa. Usually, such incidents just end with honks and a certain finger being extended. But this was different.

In the video, we see a black car without the headlights on at night, going straight at a traffic junction on a turn-right only lane. As a result, the car ploughs into some bollards at a pedestrian crossing and going up the pavement. Due to the car’s high speed, the bollards were ineffective in stopping the vehicle from entering the walkway.

From the video, it seems there were no pedestrians hit by the car, thankfully. We are also able to see that the car narrowly missed an E-scooter at the traffic junction less than a metre away when it was going up the pavement.

Abby
lol self-entitled lady so rude and inconsiderate!!
Like Reply 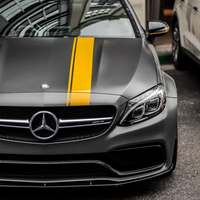