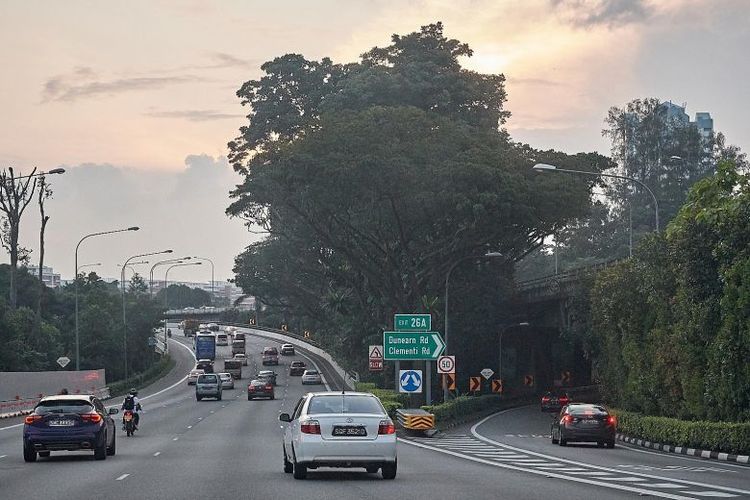 
Authorities are currently building an underpass to replace Singapore’s only right-hand expressway exit, found along the Pan-Island Expressway (PIE) towards Tuas.


Situated on the Pan-Island Expressway (PIE) towards Tuas, the exit in question is 26A. The westward exit leads to Woodlands, Clementi Road and Dunearn Road. The exit 26A is special, as it is the only exit on the right-hand side of any expressway in Singapore.

Construction work is currently underway on PIE to build an underpass exit on the left-hand side of the expressway. The exit would bring motorists around a loop under the expressway and lead them in the direction of where 26A is situated now.

A spokesperson for the Land Transport Authority (LTA) told the Straits Times that the replacement works were due to a regular review of Singapore’s road network. Feedback from road users who expressed their safety concerns were also taken into account.

A big concern arising from exit 26A are heavy vehicles filtering across several lanes to exit the PIE using that right-hand side exit. This is a safety concern as heavy vehicles are supposed to remain on the left lanes of expressways. The issue of filtering slows down flow just before the said exit, according to the LTA spokesperson.

“The new underpass replacing the existing Exit 26A will enable vehicles to turn off the PIE from the slower left lane, alleviating the slowdown in traffic along the PIE caused by vehicles filtering right to the current Exit 26A,” she said.

LTA tendered out the construction project to Megastone Holdings for S$32.7 million. The company is owned by local construction group Samwoh. Construction work started back in the second quarter of this year and is slated for completion by the end of 2021. 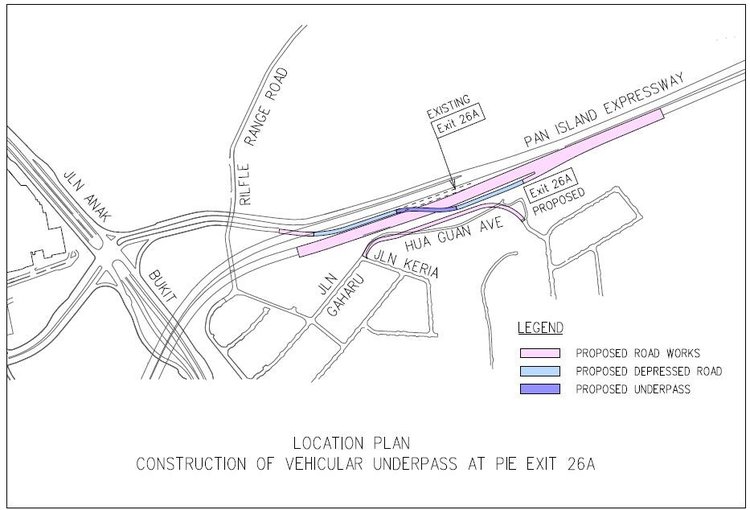 When the project is completed, motorists would be able to exit the expressway leading towards Jalan Anak Bukit. Also, realignment and widening works will be done for part of Hua Guan Avenue, just off Bukit Timah Road.

Motorists the Straits Times spoke to welcomed the construction works. Some residents from the area were also especially glad that the 26A exit will now be moved to the left-hand side of the PIE.

“Before the PIE expansion, I had always thought that the exit on the right is dangerous - especially for cars exiting Bukit Timah Expressway to PIE and needing to merge to the exit to Clementi,” said motorist Gary Tan, a Clementi resident.

He added that, “Most cars slow down on that section because of the criss-crossing. After the expansion, it improved somewhat in terms of traffic flow. But it is still dangerous because unfamiliar drivers may need to change lanes - and at high speed - to the right lane to exit.”

Despite concerns from the motoring public, exit 26A is not part of the Black Spot Programme, a road safety initiative by the LTA. On the programme’s list, there are 37 areas on the road deemed by authorities as accident-prone. Such areas are said to be closely monitored, constantly reviewed and treated for enhancing safety.

The PIE is the oldest and longest expressway in Singapore. Construction for the expressway began back in 1966, and it currently sits at 42.8km long. The expressway runs from the west of Singapore in Tuas, to the east side at Changi Airport. It was also widened extensively five years ago.

Read more: Electric Air Taxis Are About to Be Tested Here in Singapore Gavin Neo
If can exit from PIE towards Hua Guan Ave, this way can save travelling a big round.
Like Reply

Siti Zahra
yup, glad this is finally in place! have always been mine (& every driver's concern).
Like Reply