Inconsiderate Drivers of the Week: Episode 13 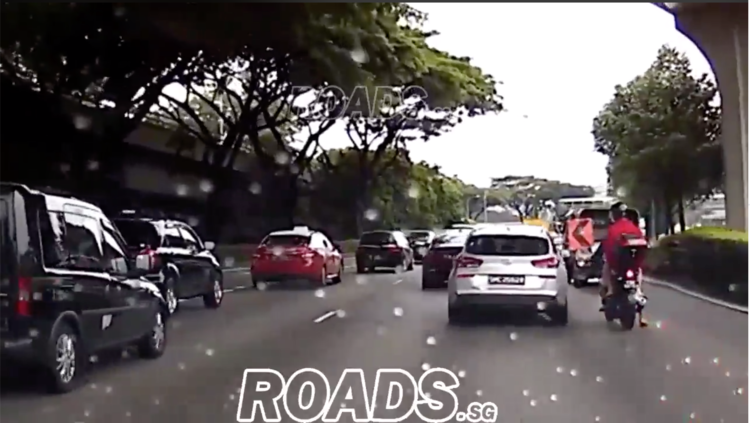 We’re back with another episode of Inconsiderate Drivers of the Week. In this week’s compilation, we feature a phone addict, a driver intimidating a motorcyclist with a pillion rider, and reckless overtakers.

1) BMW Cabriolet Driver Uses Phone with the Top Down

It’s pretty obvious why you shouldn’t use or be on your phone while driving. It can impair both vision and reaction time, regardless of how good a driver you think you are. But some drivers just can’t live without using their phone.

This BMW driver is certainly one brave soul. He was driving his convertible with the roof and windows down, placing himself in plain sight of other motorists on the road. Despite that, he blatantly used his phone while driving. Clearly, this driver does’t care about road safety or getting caught on camera by others.


It is a common sentiment among drivers that some motorcyclists are a danger on the road. While that is debatable, the fact is motorcyclists and their pillion riders have the least amount of protection in accidents as compared to cars and heavy vehicles. Thus, other motorists on the road should be understanding and give them a wide enough berth.

What drivers shouldn’t do, no matter what, is do what this Hyundai driver did. Among heavy traffic, roadworks and rain, the driver of the Hyundai was menacing the motorcyclist in the video. The driver was swerving slightly and making sudden movements in the motorcycle’s path, endangering the life of not only the motorcyclist, but also the pillion rider.

Luckily, the motorcyclist and the pillion rider came out unscathed from the reckless actions of this Hyundai driver. Even though there wasn’t a collision, drivers who use their car to intimidate and bully a biker could wind up with some jail time for driving so dangerously and endangering the lives of other motorists on the road.


When changing lane, it’s important to be aware of the cars around you. It is also best to switch lanes one at a time, instead of cutting several lanes, especially when there is traffic around.


Mirrors are on our cars for a reason. We are supposed to use them when turning and changing lanes to check for pedestrians and other motorists. This BMW driver clearly did not use their side mirrors while changing lane in heavy traffic. Luckily, the camera owner spotted the BMW pulling out and reacted quickly by swerving out of the way, avoiding an accident.

It is unclear from the video on whether the BMW driver was already driving on that lane or in the process of changing lanes. If it were the former, a quick check of the side mirror would have shown the cam owner approaching. For the latter, the BMW driver should have practiced proper safety by changing lanes one at a time. The driver should also be checking for approaching traffic.

The braking game reckless drivers like to play is not only petty, but is also very dangerous, especially when traffic is heavy. This “game” usually comes from a prior event or incident between them and the ‘offending’ vehicle. This incident, however, seems to be the exception.

In the video, the camera owner was on the extreme left lane of the expressway. Ahead was a clear road, but a taxi decided to cut just in front of the camera owner’s car and braked unnecessarily. The video also showed the minutes before the incident happened, and it doesn’t show any hint of an incident between the car and the taxi in question.

Upon turning off the expressway, the taxi, which was in front of the camera owner’s car, signaled and proceeded to drive in the middle of both lanes, blocking the camera owner. This us despite the road ahead being clear, making it unnecessary for the taxi driver to overtake the car.