​Inconsiderate Drivers of the Week: Episode 11 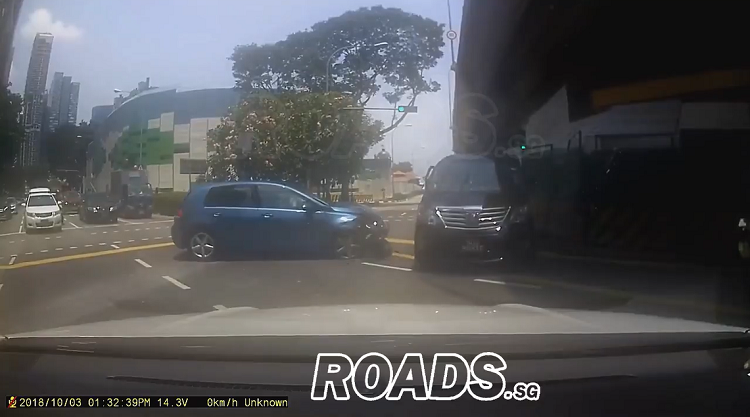 
It's episode 11 of Inconsiderate Drivers of the Week. In this week's episode, we feature several impatient, reckless drivers who have no problems breaking the law.

1. Cam Owner and Private-Hire Driver Engage in Dangerous Driving on the Highway


This is what happens when both a road hog and tailgater refuse to give way and back down. Captured along the BKE highway, the cam owner was being tailgated by Private-Hire driver. It was presumed that the cam owner was hogging the right most lane. Instead of keeping the peace and giving way to each other, they engaged in a reckless driving game, by trying to force each other out of their lane. Luckily, no other parties were involved, or else things might have gotten serious.

2. Malaysian Car Collides with Elderly Cyclist at a Zebra Crossing


It doesn't matter if you're Singaporean, Malaysian, or Kim Jong-un. If you see a zebra crossing, you should always stop and keep a look out for pedestrians. Unfortunately, this Malaysian driver failed to comply with the rules, and as a result, a collision occurred with an elderly cyclist. Thankfully, both the car and cyclist were not travelling at high speeds. The driver of the vehicle also seemed apologetic, as she graciously exited her vehicle to assist the elderly man up.

3. Cam Owner Gets Called Out for Refusing to Give Way to Fellow Motorist

The owner of this video might be regretting sharing this clip online. Looking to point fingers at a fellow motorist for “dangerous driving”, netizens on Facebook were quick to point out who's truly at fault. Instead of being gracious and allowing the other driver to merge safety, the cam owner maintained his speed and refused to give way to him. Talk about shooting oneself in the foot.

4. MPV Beats Red Light, Gets T-Boned by Another Vehicle

Here's another fine example on why you shouldn't beat a red traffic light. This accident occurred at a junction along Keppel Road, in which a MPV ran a red light. A separate vehicle, which had the right of way, could not brake in time and drove straight into the MPV. The impact was quite significant, as the MPV almost tipped over. We aren't sure of the outcome, but we sincerely hope both drivers and their passengers are unhurt after this accident.

When driving behind a slower vehicle on a single road, one should always practice patience and safe driving. Unfortunately, the driver of this Toyota Wish failed to receive the memo. Instead, the driver took it upon himself to cross the road divider and drive on the opposite lane in order to overtake the lorry. This move is incredibly dangerous as oncoming traffic would not have been visible for the Wish driver. If there were vehicles travelling from the opposite direction, this stunt would have ended in disaster.


To improve our driving culture, we need to look ourselves in the mirror and learn to share our roads. Instead of treating fellow motorists as competition, we need to remember that every other road user is just like us—all they want is to reach their destination safely and on time.

Adeline Teo
yup, we definitely need to improve our driving culture ?
Like Reply