Why the COE Fails at Discouraging Singaporeans From Driving 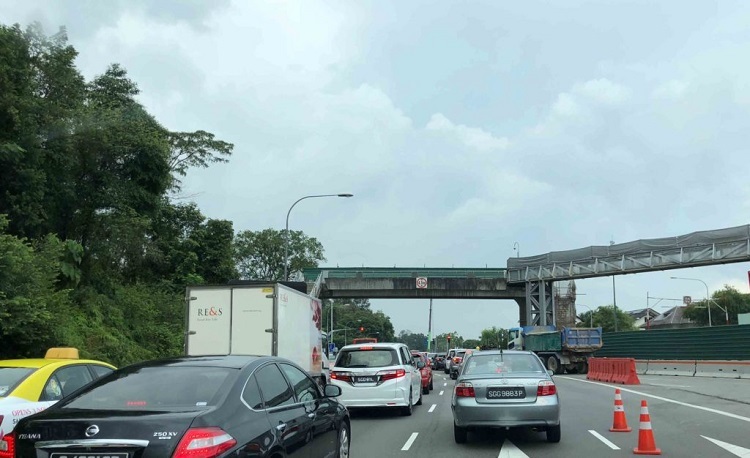 Car and petrol prices in Singapore are among the highest in the world. So why do Singaporeans keep making the expensive choice to drive?

With car prices among the highest in the world, driving a car in Singapore is expensive. The main culprit, of course, is the COE system, which artificially inflates the cost of car ownership. COE is basically economic theory in action: the idea is to try and influence demand by controlling price.

On paper, the COE system seems like the ideal solution to reducing traffic congestion and lowering infrastructure costs. By making the cost of owning and driving personal vehicles far higher than using public transport, the population would turn to the latter to meet their commuting needs.

Additionally, Singaporeans who bought a vehicle despite the costly added premium would be cautious in their use. Logic dictates that the more money you paid, the higher the value you would assign to that item. In the case of cars, the rational behaviour would be to drive less (or only when absolutely necessary) to reduce the risk of accidents and the maintenance costs from wear-and-tear.

More than 25 years later, the efficacy of COE in keeping the roads clear is, at best, questionable. So what happened?

Human beings are funny creatures. We refuse to act in rational ways, instead preferring to give into cognitive biases that (if we’re not careful) keep us making bad choices.

A 2013 study described an interesting phenomenon found in Singapore. Owners who drive the same make of car – but paid different prices due to a COE policy change – had different driving habits. Those who paid a higher price for the same car brand and model were found to drive their vehicles more, even after adjusting for lifestyle and other factors.

The psychology is simple to perceive – “I’m paying so much for my car, I’m gonna use it at every opportunity.” That, in a nutshell, is sunk cost fallacy in action.

The researchers note this behaviour as irrational, as driving more won’t help recover the price of the vehicle. Instead, by using their vehicles more than necessary, car owners increase their risk of getting into an accident, which will bump up their insurance costs. They will also spend more on parking, maintenance, petrol and fines.

Sunk cost fallacy has further reaching consequences beyond the individual. On a collective level, when drivers decide to drive more, they are contributing to the problems that the COE was meant to solve – namely, reducing strain on the infrastructure systems.

Since traffic congestion isn’t being solved, the argument is for keeping the COE on the table. Without it, everyone and their grandmothers will buy a car and start driving, turning Singapore into a gridlocked nightmare, presumably.

As a result of sunk cost fallacy, car prices remain high in Singapore, and Singaporeans continue the costly choice of driving.

How to Recognise the Sunk Cost Fallacy in Action

Like many of our cognitive biases, sunk cost fallacy is constantly operating in the background of our awareness. Take a look at the following hypothetical questions and note your responses:

1. Thirty minutes into a two-hour movie, you realise it’s the most boring thing you’ve ever seen. Do you:

2. You’ve lost $5 in a silly office bet. Your diabolical boss offers you another bet, this time at S$20. Do you:

a) Stop betting, capping your loss at S$5
b) Take up the second bet, because hey, you could win S$20

3. You’ve fallen sick on the day of a rock concert you had earlier paid for. There’s also an important business meeting the next morning. Do you:

a) Give up the concert to stay home and rest
b) Attend the concert anyway, headaches and shivers be damned

4. You’ve spent two hours and $10 on Pokemon GO lures, but still haven’t caught that Snorlax. Do you:

a) Stop buying more Poke coins, pack up and go home
b) Spend another $5 and wait another hour, sure that Snorlax is gonna appear any minute now

5. Fresh off your HDB BTO appointment, your future husband reveals he’s going to dab his way up to the altar at the wedding. Do you:


In each of these scenarios, the rational choice would be a), which offers the chance for a different experience, or to cut our losses. For b), there are various elements of wishful thinking, impulsiveness or a stoic refusal to acknowledge reality. Yet, how often have we found ourselves making the poorer choice when facing similar situations?

The takeaway is this: Sunk cost fallacy can cause us to ignore evidence, act irrationally and make bad choices. As a result, we find ourselves throwing good money after bad, and that’s never a good thing.

(We’re kidding about that last example, of course. HDB BTOs are precious, so you should never cancel, even if he’s a dabber.)

This article was first published on SingSaver.

Read more: Renew COE - 5 Reasons Why It's Better Than Buying a New Car