​Inconsiderate Drivers of the Week: Episode 6 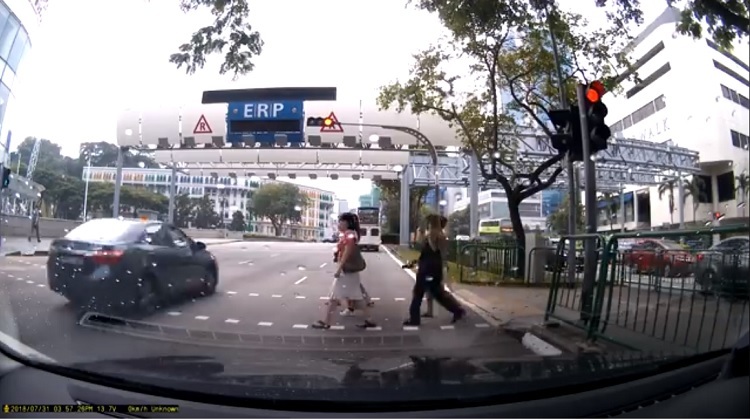 In this week’s episode of Inconsiderate Drivers of the Week, several reckless drivers were caught on camera beating the red light.


This Altis driver better be thanking his lucky stars because his dangerous driving could have ended in disaster for several pedestrians. If they had been walking any faster, the driver could have mowed several of them down.


Unlike the Altis driver, this taxi driver from ComfortDelGro actually collided with a pedestrian after beating the red light. It might have been raining, but the taxi driver has no excuse as he could have seen the red light for a distance away.


Here’s another driver who has failed to adhere by traffic rules. Completely ignoring the red light, the driver actually sped through it at a rather high speed. Thankfully, there were no pedestrians on the road when he committed his offence.


Using a mobile phone while driving (distracted driving) is probably one of the most dangerous things a driver can do while behind the wheel. In fact, distracted driving is one of the leading causes of road accidents in Singapore. This lorry driver is not only putting his own life at risk, but also the lives of other road users. We’re pretty sure that text can wait until your vehicle is parked.

5) Careless Driver Suddenly Cuts into the Path of a Motorcyclist


This thoughtless driver was caught cutting into the path of a motorcyclist without signalling. Luckily for the motorcyclist, he was able to swerve out of the way before a collision occurred. We’re not sure what the intention of the driver was, but his reckless driving is certainly not welcomed on our roads.