Inconsiderate Drivers of the Week: Episode 5 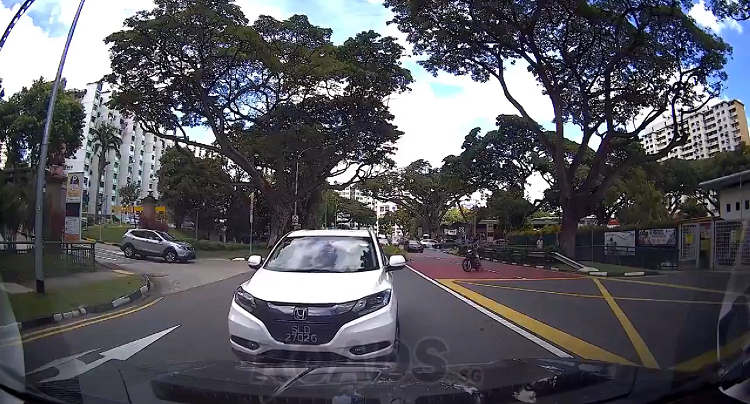 In this week’s episode of Inconsiderate Drivers of the Week, we feature two out-of-control vans, two reckless drivers, and one errant taxi driver.

After making a sudden left turn, this van driver lost control of his vehicle, mounted the curb, and crashed into a tree. Luckily, no pedestrians or vehicles were involved in this accident. Unless your vehicle has proper suspensions installed, always remember to slow down when making a turn.

2) Another Van Driver Loses Control of His Vehicle, Crashes into Signpost


Similar to the first video, this van driver also failed to control his vehicle when making a turn. Instead of a tree, this driver crashed into a signpost. He then hastily reversed and drove off without surveying the damage that was caused. And yes, this also counts as a hit-and-run accident. For those unaware, the authorities need to be informed of any road related accidents, even if no other parties are involved.


Another week, another Trans-Cab incident. In this video, the taxi driver almost collided with the cam owner after beating a red light at a traffic junction. Thankfully, the cam owner was able to brake and stop his car before an accident occurred.


A Subaru driver has been caught on camera for his selfish and inconsiderate driving. Upon reaching an ERP gantry, the driver decided to jam his brake and cross a chevron marking to avoid paying for the gantry fee. Prior to this, the Sabaru driver was caught changing lanes recklessly.

5) Car Drives Against Traffic, Almost Collides with a Family of Four

A head-on collision almost occurred because of the driver of this white Honda. Driving against traffic, he almost collided with a family of four along Toa Payoh Lorong 8. He was also caught on camera by a separate driver, and it appears that he had no intention of getting back in the correct lane. Such dangerous and selfish driving should not be tolerated!