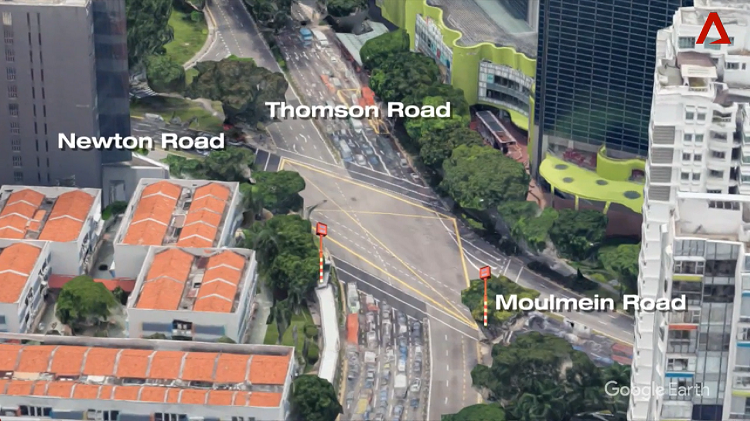 
The Traffic Police will be rolling out new 3D laser cameras in June to catch illegal U-turns and other traffic offences. The cameras will be installed at the junction of Thomson Road and Newton Road.

It can even record the time of the offence, the lane that the vehicle was travelling on, as well as the vehicle’s registration plate. Watch the video below to see how the new camera system works:


The 3D laser cameras will go on trial for three months at the junction of Thomson Road and Newton Road. According to the Traffic Police, this junction is considered an “accident black spot”, and was chosen for its “high traffic volume and frequent reports of traffic violations”.

During the three-month trial period, no action will be taken against traffic offenders who are caught by these cameras. Furthermore, there will also be signs to remind drivers of these cameras.

After the trial period ends, the cameras will be dismantled and the collected data will be assessed. The Traffic Police has no immediate plans to deploy the new camera system elsewhere in Singapore.

For those unaware, illegal U-turns and remaining stationary In yellow boxes both carry composition fines of S$70. For turning in a non-turning lane, offenders will be given a composition fine of $130, as well as four demerit points.

What are your thoughts about the new traffic cameras? Will they really deter illegal U-turns and other traffic-related offences? Let us know in the comments below.