If there is a dark horse in the Compact Executive Sedan segment, the Lexus IS just could be it.

Introduced in 2013, the third generation of the Lexus IS was derived from Lexus’ LF-CC concept, which itself drew inspiration from the LF-LC concept and the Lexus LFA. As the only Japanese model in an extremely competitive segment, the Lexus IS was always up against stiff competition primarily from the Germans, but also from the Swedes and the British.

This particular model is the IS200t Executive, with the “t” indicating that this Lexus IS is turbocharged. With the 2016 model year update, Lexus introduced turbocharged engines into the IS lineup, and in return removed the naturally aspirated V6 engine option. This positively impacted not only fuel efficiency and emissions, but also increased the horsepower and torque figures.

A quick side note, this Lexus IS200t is currently listed for sale at Sphere Automobile, so do approach them if you are interested!

This is a third generation Lexus IS (XE30), which was built on the Toyota New N-platform, which is also shared with the LS and RC models. This unit is part of the first facelift, which lasted from the 2016 model year to the 2020 model year. With the 2016 facelift, the IS gained updated headlights, taillights, front fascia and bonnet, while the interior benefitted from a larger infotainment screen and an updated steering wheel. 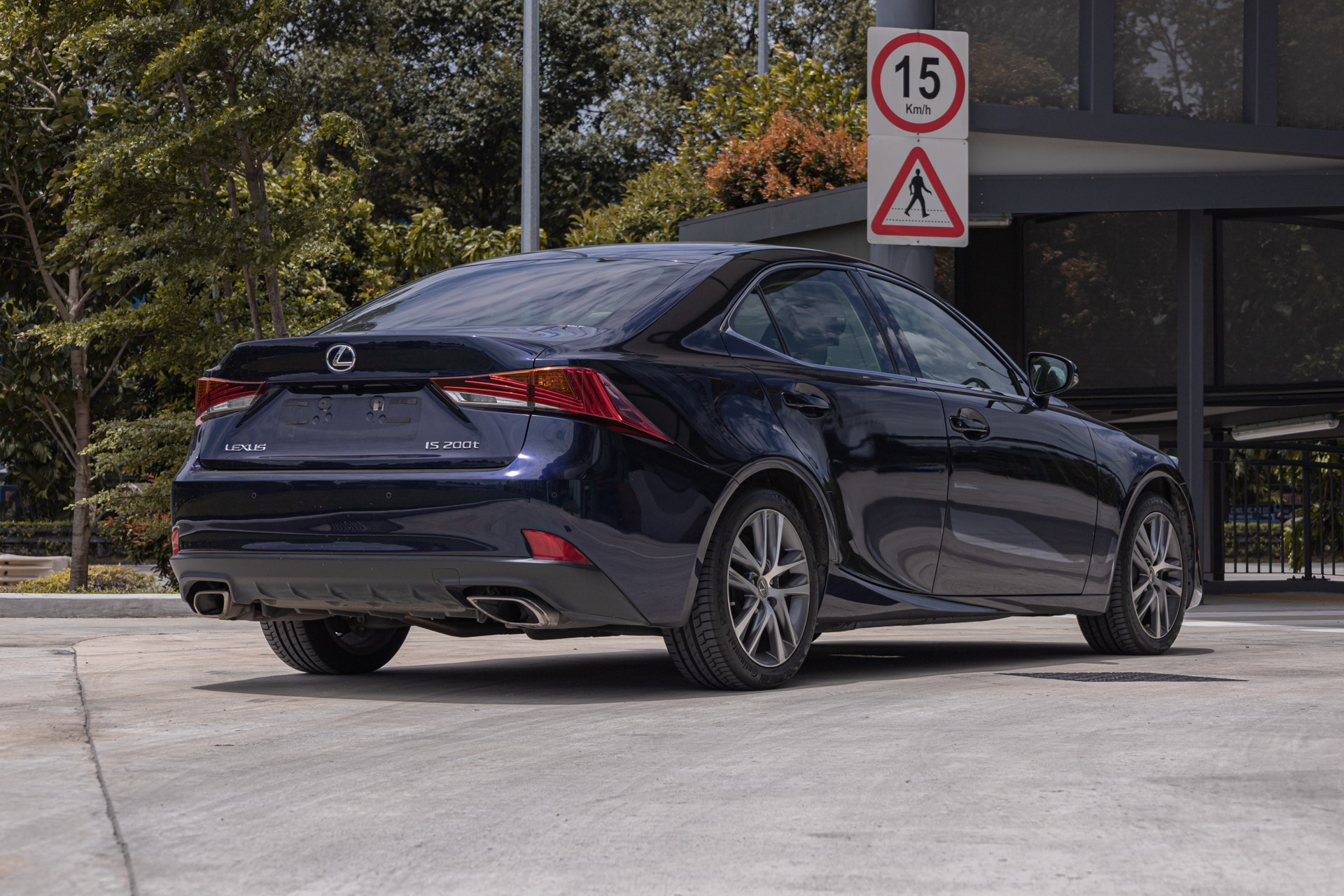 The century sprint is accomplished in seven seconds flat, onwards to a top speed of 230km/h. Not exactly a blazing time, but brisk enough to get up to speed. Given that the IS200t weighs in at 1,605 kilograms, its century sprint timing doesn’t seem too bad at all, especially with the full torque figure being available from 1,650rpm.

Yes, yes, bring on the jokes that a Lexus is nothing more than a Toyota in a fancy suit. Say what you want, but there is a reason why Lexus (together with Toyota) have such a reputation for reliability. It isn’t often that you hear of a Lexus suffering from mechanical or electrical failures that will cripple it, unlike its German rivals.

Still, no car is perfect, and there are still some problems about the IS200t. Owners have reported problems primarily with the water pump and turbocharger, as well as the accelerated tyre wear. 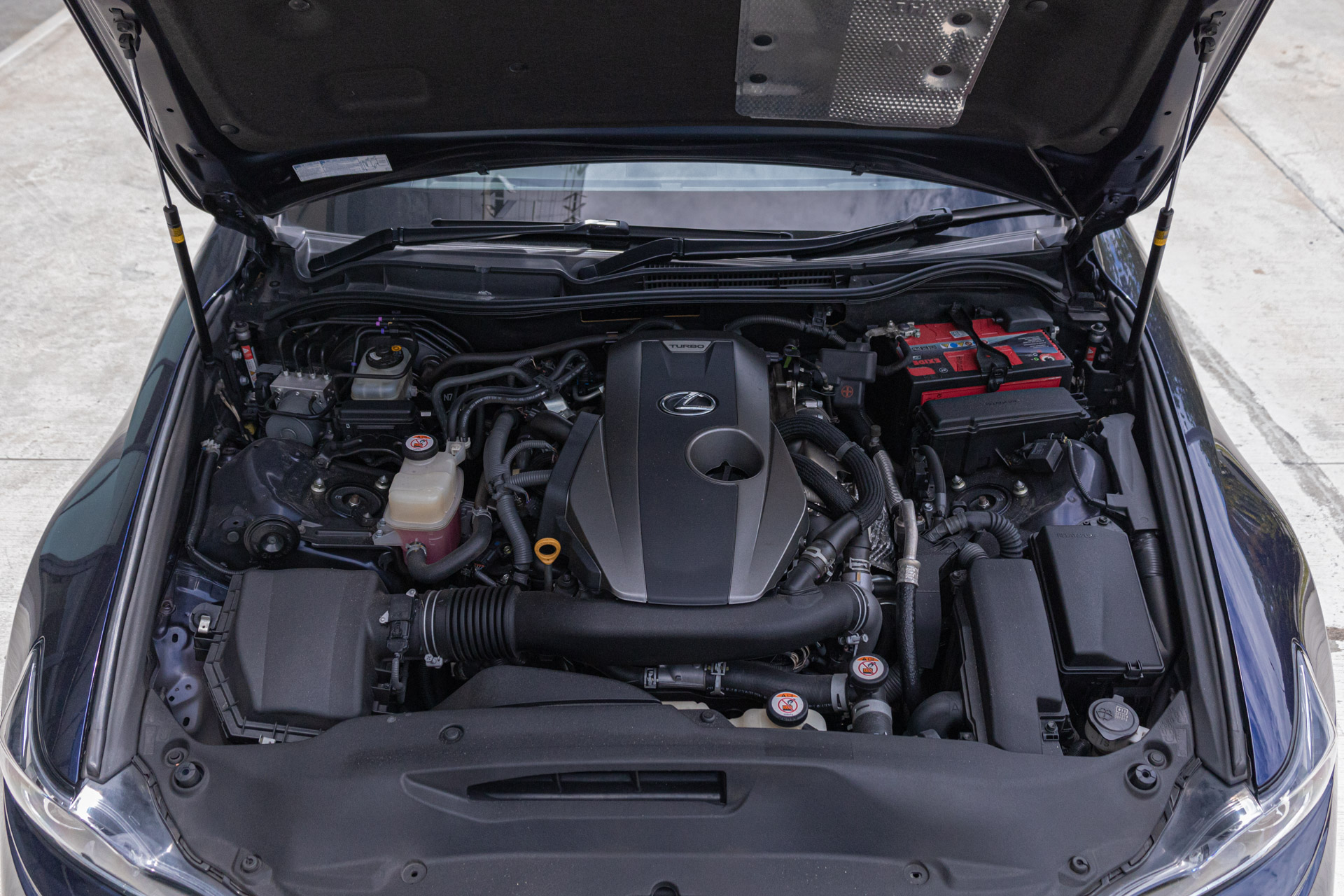 With the water pump, owners have reported leaks starting from as early as 35,000km to 60,000km. While not a catastrophic issue, a leaking water pump could cause coolant to drain excessively, which could result in insufficient coolant left to cool the engine. It seems that the seal on the water pump has a tendency to warp, which results in a leak. This is a repair that could be covered under warranty, so do check with the Toyota authorised dealer if it is.

As for the turbocharger, the problem seems to stem from the boost actuator. A problematic actuator will cause the boost pressure to fluctuate excessively, even under constant throttle pressure. The fix for this is to replace the actuator completely, which isn’t too expensive a part, and would most likely be covered under warranty too.

Lastly, some owners have also reported excessive tyre wear on their cars, but this could be due to improper alignment or too aggressive camber settings. 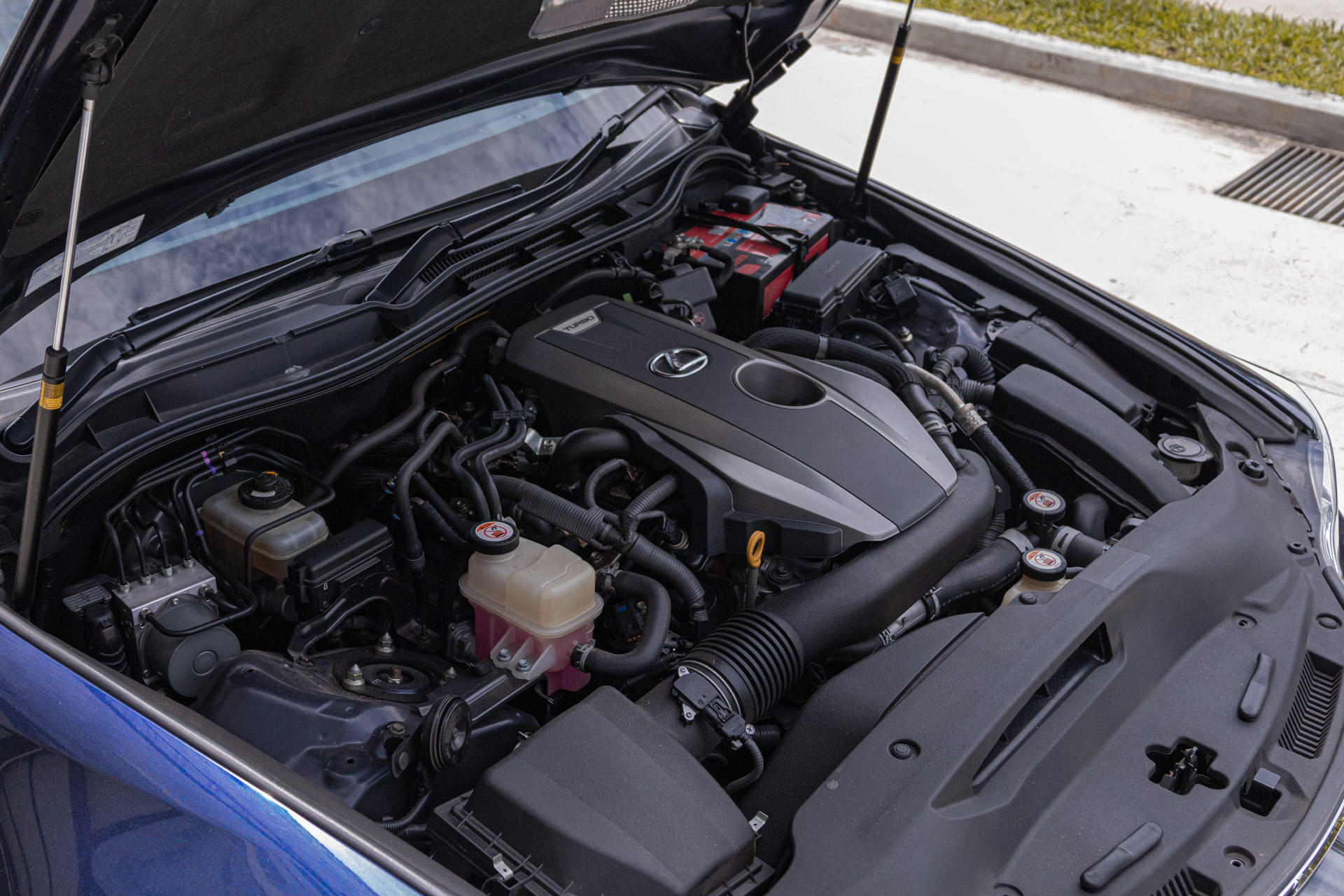 In one word, yes. Being a Lexus, the interior is covered in leather. High touch points like the dashboard, steering wheel and door panels are covered in soft touch material, while the seats are upholstered in soft, supple leather that is extremely pleasant to the touch.

While classified as a five-seater, the transmission tunnel is very high, reducing legroom for the middle passenger significantly. Additionally, the middle seat is also raised and not as comfortable as the other seats, which effectively relegates the IS200t to only being able to fit four passengers comfortably. For this particular car, the seats and door panels are covered in brown leather, whereas the steering wheel, dashboard and centre console are trimmed in black leather, providing a nice contrast.

The front seats have heating and ventilation, as well as electronic adjustability, with the driver’s seat having memory functions as well. The ventilated seats are a much welcome feature in Singapore, and help to greatly cool down the back of your body.

The centre console, which houses the infotainment system, is made of brushed alumnium and brushed aluminium-looking plastic, giving a classy and luxurious appearance. The aforementioned infotainment system is shown on a 10.2-inch display screen, and is controlled by a movable trackpad. While this trackpad has been criticised by the automotive press for not being intuitive and a pain to use. However, with some practice, it isn’t too bad, and one could actually get used to it after a while.

The visuals on the infotainment system are rather outdated, and while there is GPS installed, it is uncertain how up-to-date the maps on it are and how accurate it might actually be. Android Auto and Apple Carplay connectivity aren’t available, but there is still Bluetooth functionality, as well as a CD/DVD player. 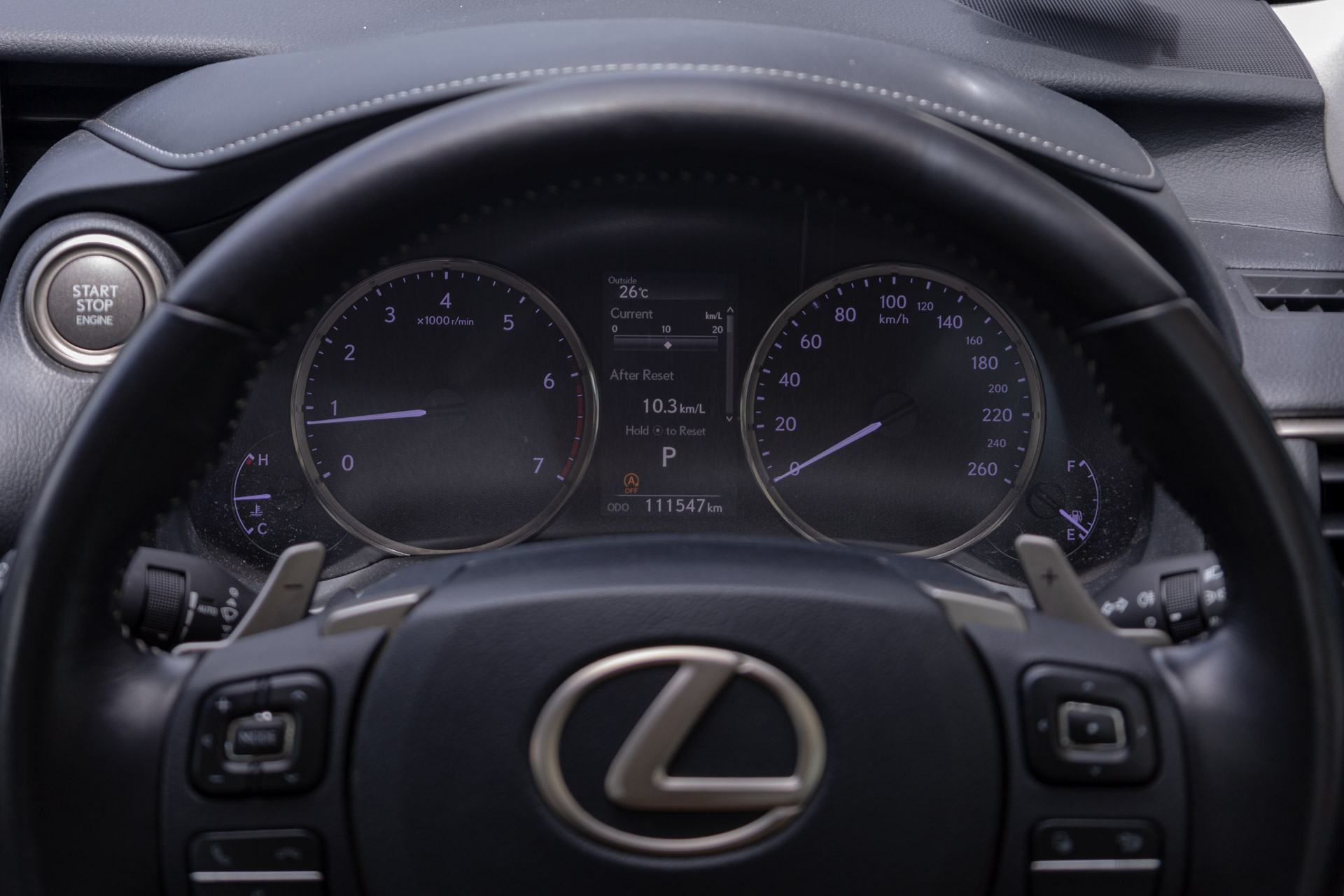 With Lexus effectively being a Toyota product, the air-conditioning blows wonderfully strong and cold. There is dual-zone adjustability, with the controls for the fan speed being physical buttons while the temperature controls are strangely (and counter-intuitively) a touch-sensitive pad, which can make adjustments while driving a little difficult. There are also rear air vents, which help to better cool down the cabin, especially on hot days.

The gauge cluster is also a mix of analogue and digital displays, with the speedometer and tachometer being analogue gauges, with a small digital display in the middle for the trip computer, fuel consumption readout and other information.

Something that might not be immediately noticed in the IS200t is the steering column, which is electronically adjustable. This feature is not commonly seen in the Compact Executive Sedan segment, and props have to be given to Lexus for this. The floor mats also tend to be an afterthought, but the ones in this car are wonderfully plush and provide a lovely surface for your feet to rest on.

With a boot capacity of 480 litres, this might not seem like much, but the boot is quite deep, and can comfortably swallow at least two golf bags with ease. The rear seats can also be folded down with levers inside the cabin to increase the space for cargo. The ISOFIX points are hidden under plastic covers, and can be flipped up to expose the ISOFIX points should there be a need to fit a child seat.

There is also a space saver spare tyre, should the need ever arise to use it. 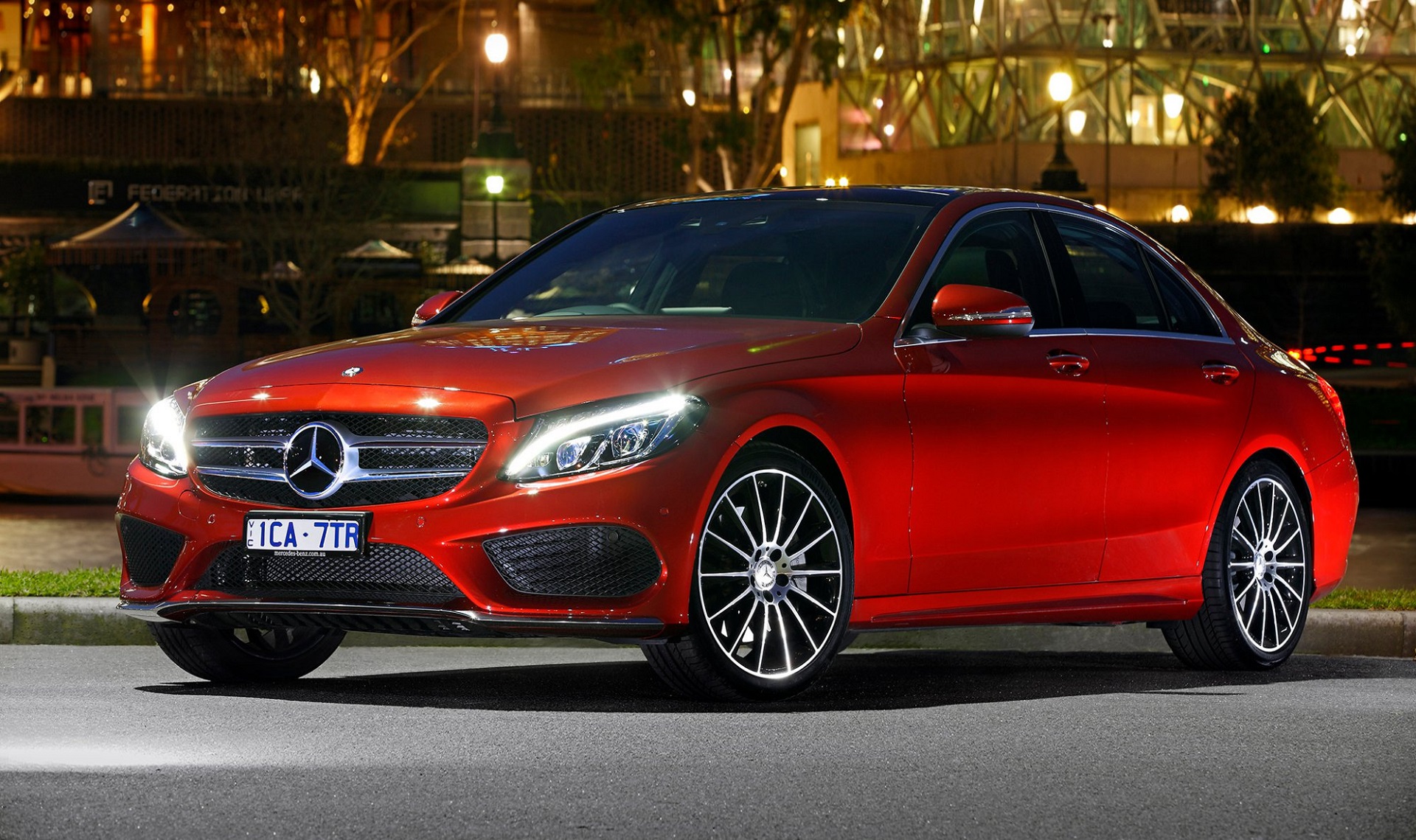 The Germans dominate the Compact Executive Sedan segment, and for good reason. 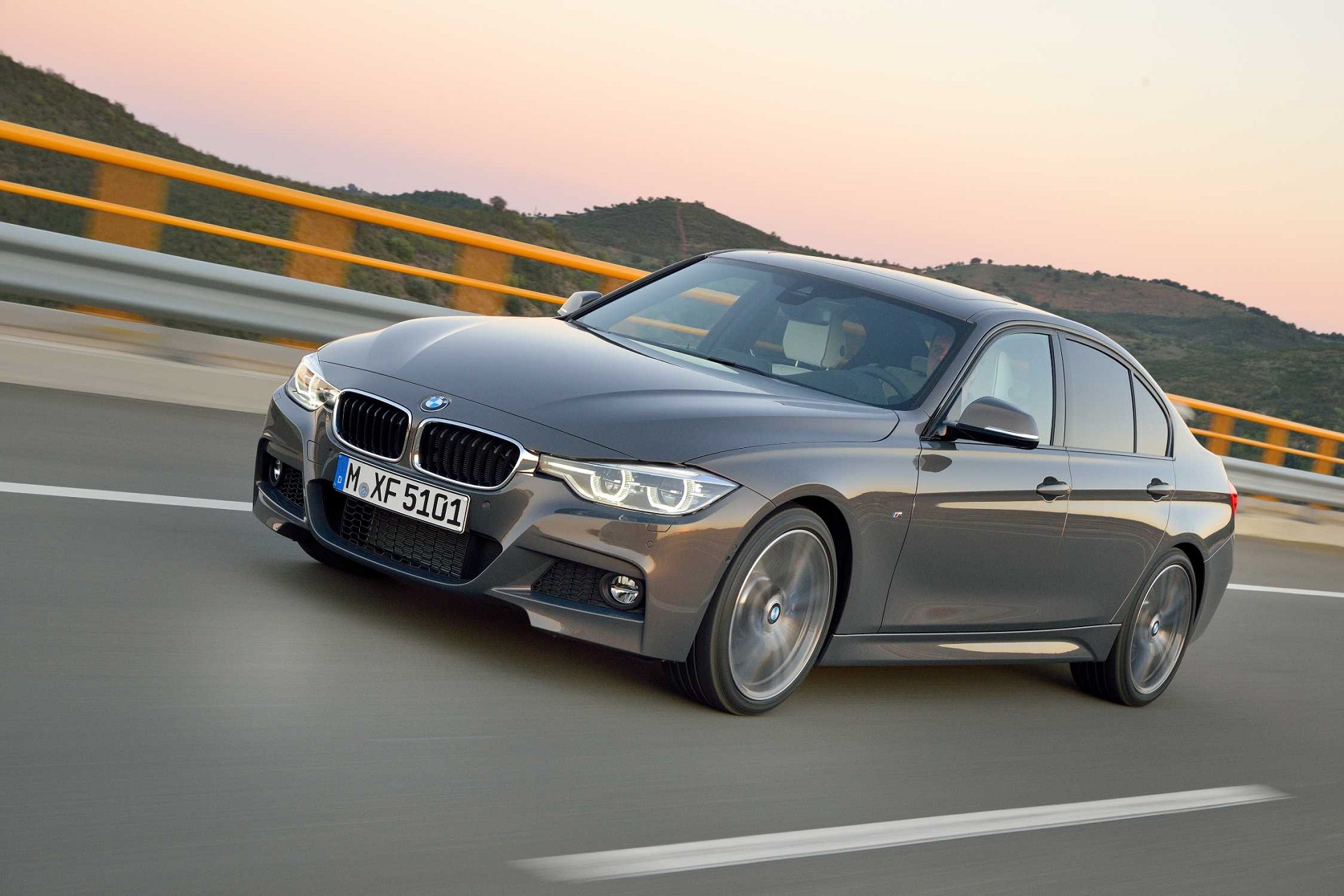 I daresay every other manufacturer benchmarks their cars against the Mercedes-Benz C-Class and BMW 3 Series, as these are the best sellers in this segment. This is reflected in consumer behaviour too, with customers constantly returning to purchase each succeeding generation. 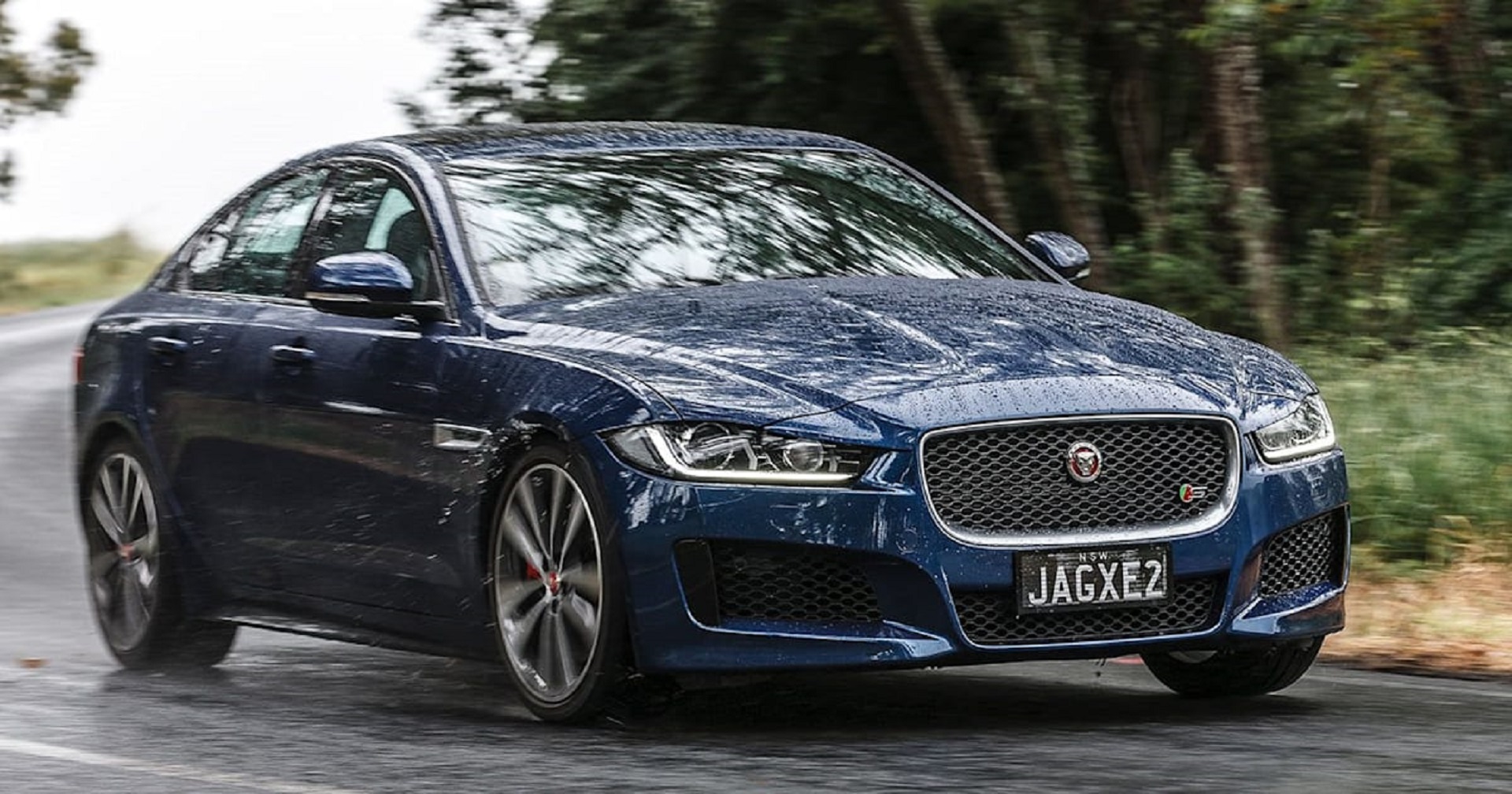 If you want something with British flair yet with a sense of restrained aggression, then the Jaguar XE could be a good bet. With multiple engine choices ranging from the sensible to the deranged, it's almost as if Jaguar thought of a variant of the XE for almost every possible buyer. 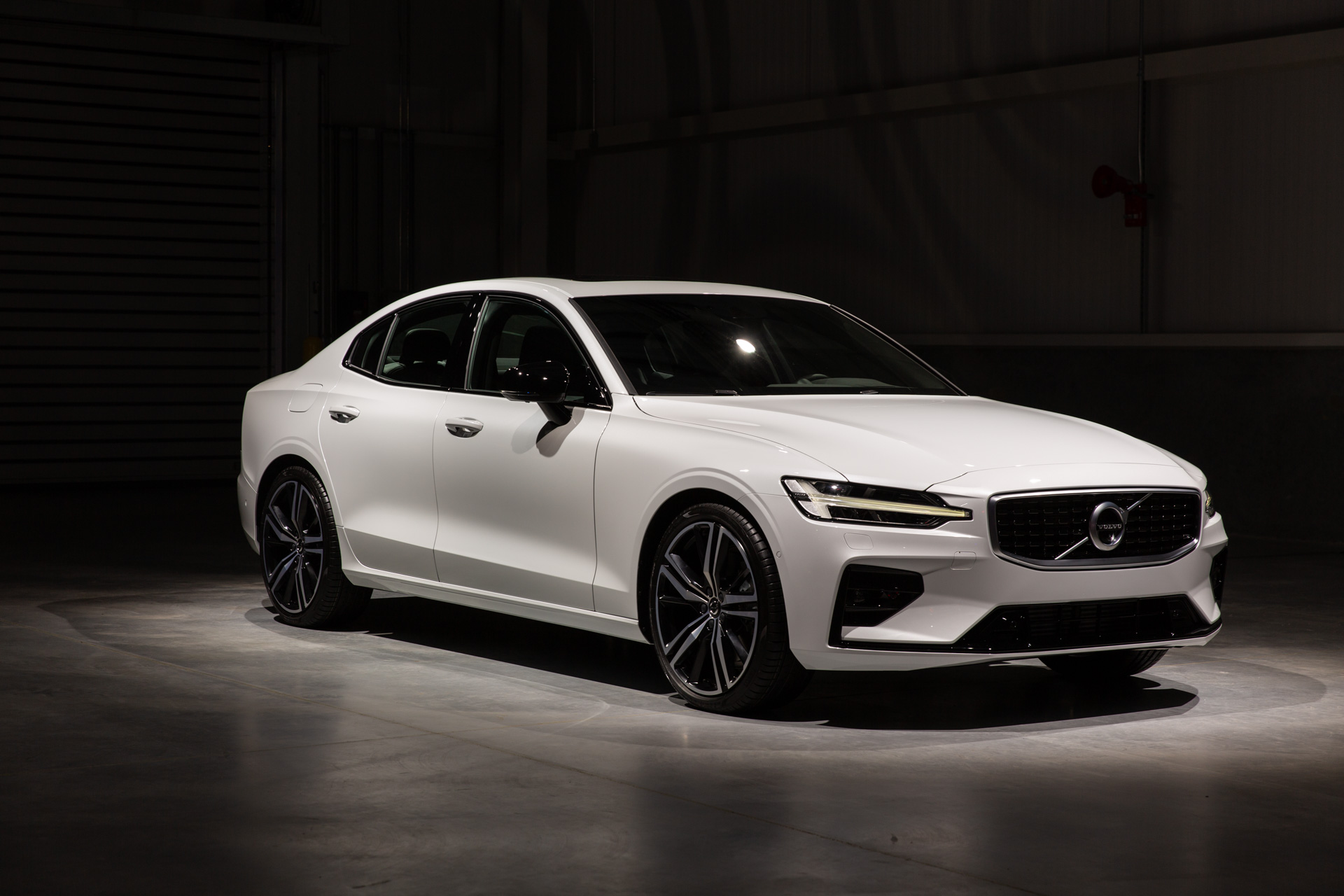 What if you want sensibility and safety, and at the same time not looking like a showoff? There's only one answer, and that is the Volvo S60. Not only does it come with the legendary safety ratings that Volvo built its reputation on, its overall design is sleek yet subtle, with the most distinctive part of the car being the "Thor's Hammer" daytime running lights.

The Lexus IS200t might seem to be the forgotten one in the Compact Executive Sedan segment, but it has shown to be able to punch above its weight with each refresh.

While the design of the front fascia might not be to everyone's taste, with some people comparing it to a gaping mouth or a basking shark, it warms up to you over time, and you start to see the blend of aggressive lines and smooth strokes on the rest of the body, culminating into one cohesive package.

If you are keen on getting a Lexus IS200t as your next car, or any other used car for that matter, do take a look at our used car selection here for some of the best deals!

Motorist would like to extend our thanks to Sphere Automobile for loaning us the Lexus IS200t for this article.