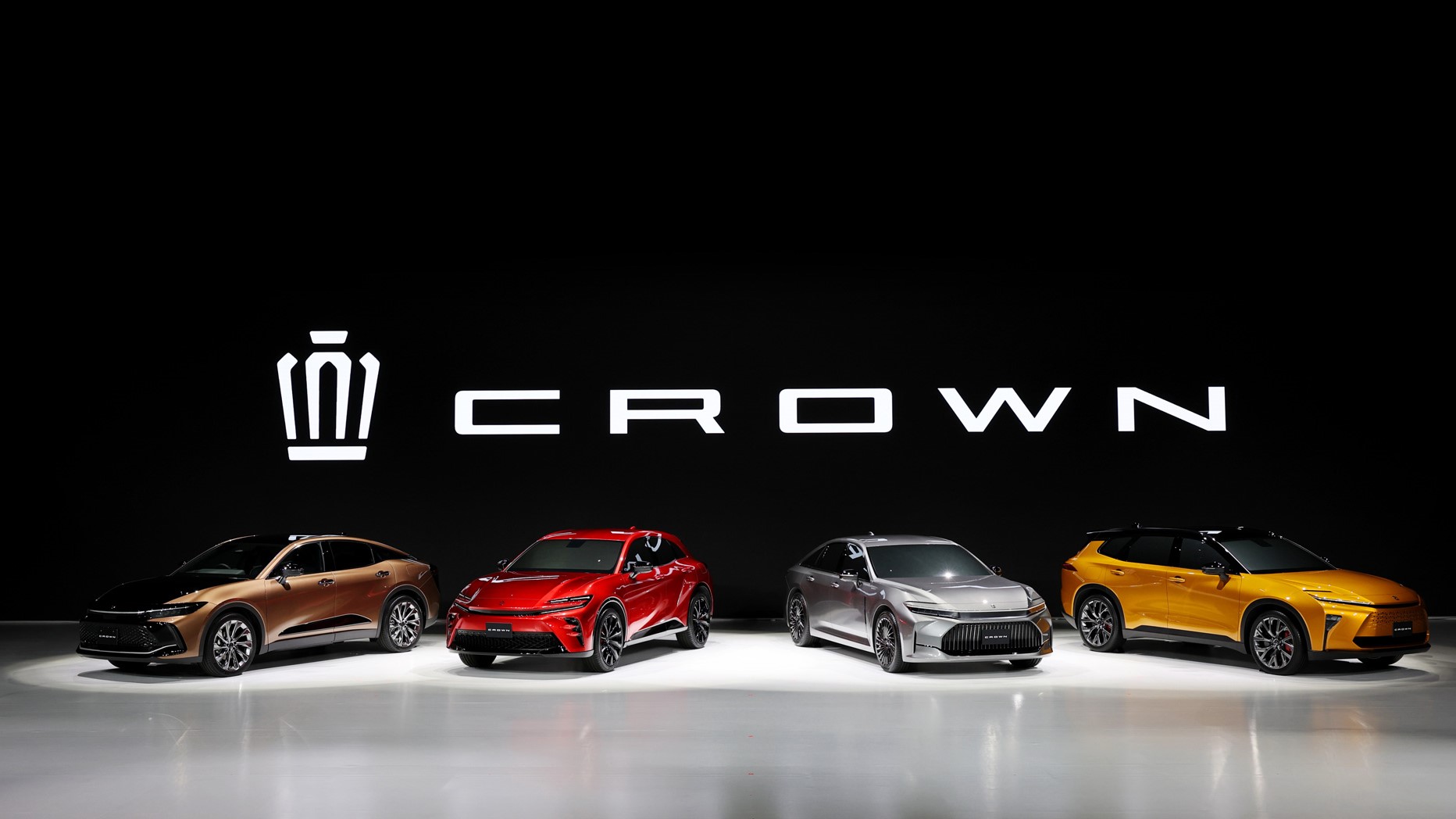 Miss the Toyota Crown luxury car? You’ll be glad to know that the automotive giant is bringing the legendary nameplate back, and this time it will be available in four different variants.

At the global launch event yesterday, Toyota President Akio Toyoda unveiled the 16th-generation Crown lineup: Crossover, Sport, Sedan, and Estate. The designs are a complete departure from what we're used to seeing in Crown models, and according to the company, they are meant to meet the diversifying needs of its customers.

All four Crown models feature avant-garde designs, down to the pinched light clusters front and rear, as well as strong character lines that run along the sheet metal. And like many other Toyota passenger vehicles, the flagship will utilise the Toyota New Global Architecture (TNGA) platform, though powertrain details are still scarce at this point in time. 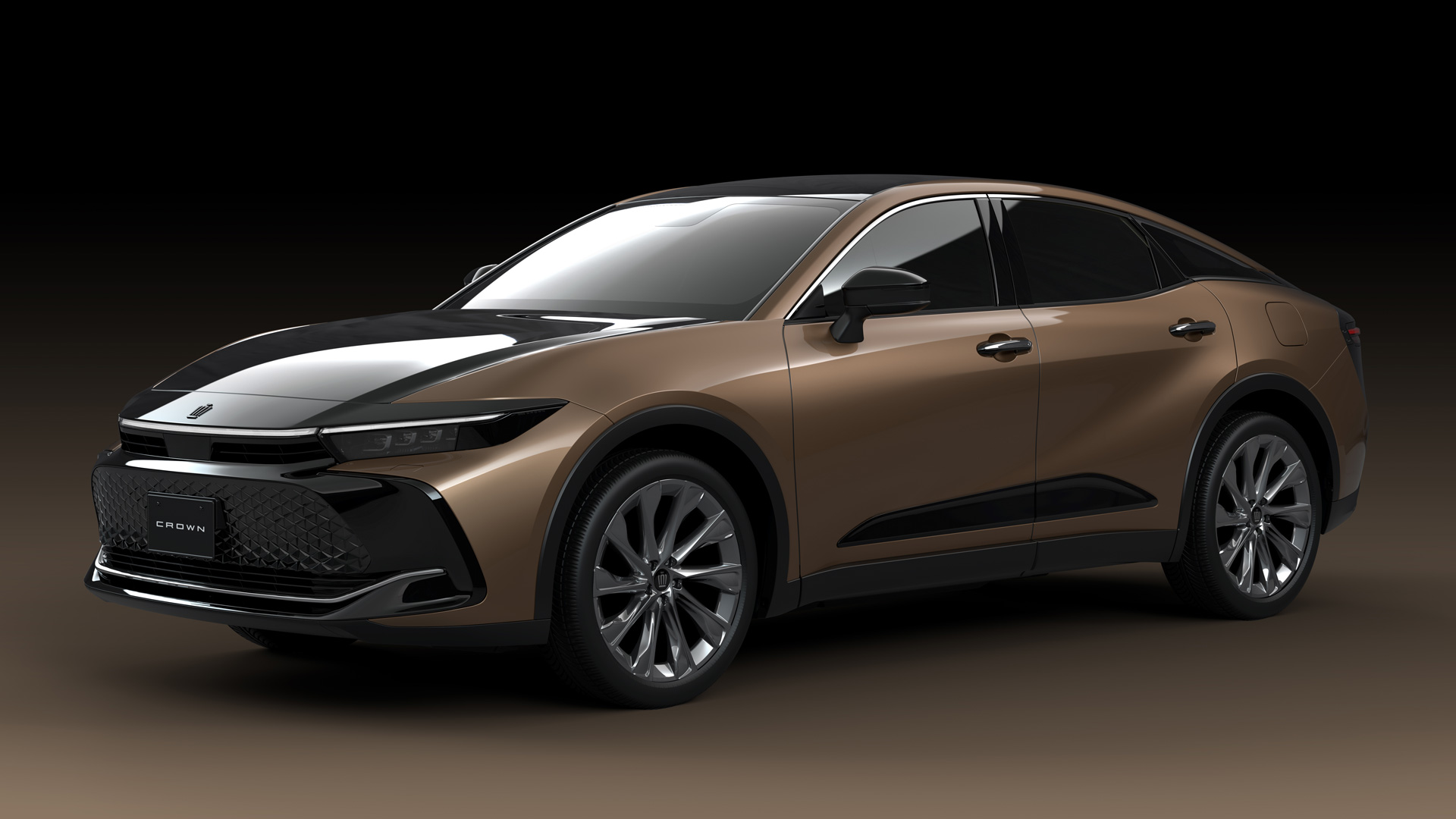 The Crossover features a fastback-like silhouette and two-tone paint, hinting at its adventurous nature. This variation of the Crown is also equipped with large diameter tyres and higher suspension to further differentiate its looks from that of a traditional saloon car. 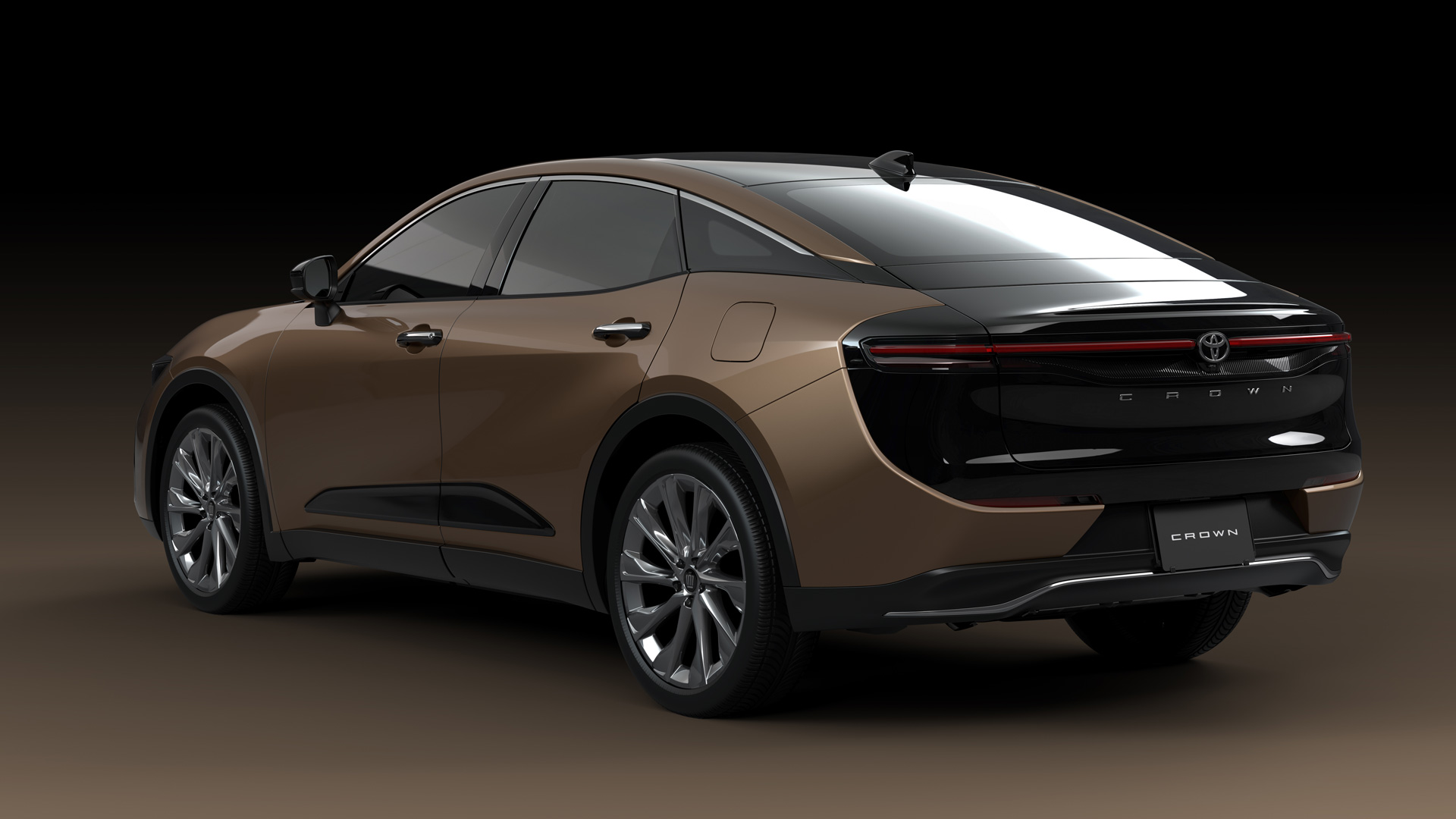 According to Toyota, the Crossover will be offered with two powerplant options: a 2.4-liter Turbo Hybrid System with a Direct Shift six-speed automatic transmission, or a Series Parallel Hybrid System with reduction gear. There will also be a choice of two drivetrains – E-Four and E-Four Advanced, both a form of all-wheel drive technology. 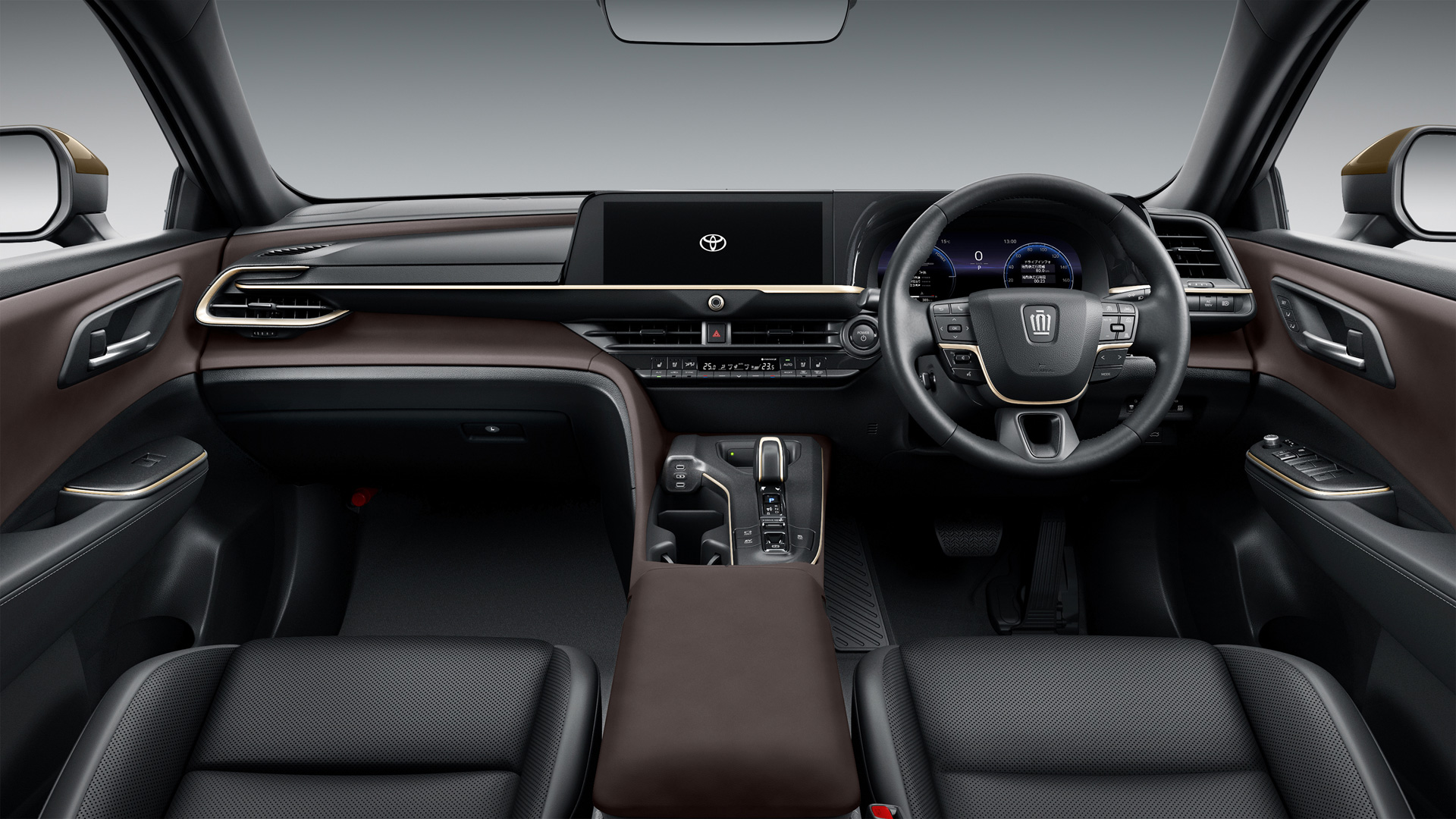 Toyota will also offer a total of 12 body colour and four interior colour combinations for added individuality. The interior remains fairly subdued in terms of design. Toyota explains that this is intentional, in order to create a warm and inviting cabin with instantly recognisable elements. 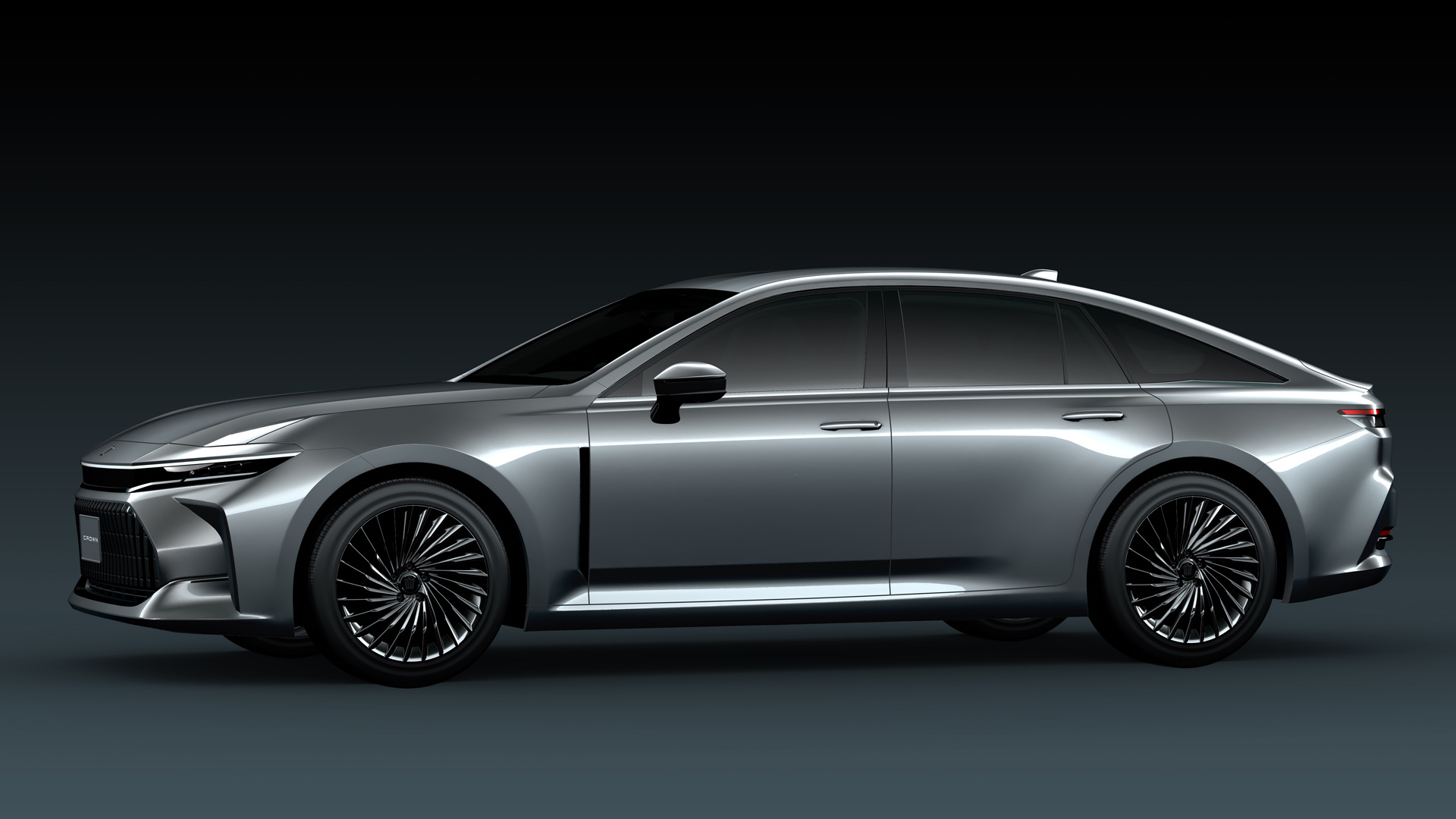 Sticking true to its roots, the Crown will also be available in saloon format. The Sedan, as Toyota calls it, resembles the 2nd-generation Toyota Mirai hydrogen luxury car, especially with the rear quarter window that stretches all the way to the rear. This leads us to believe there's a strong possibility that it may come in rear-wheel drive format, just like the Mirai.

According to Mr. Hiroki Nakajima, president of Toyota's in-house Mid-size Vehicle Company, it was developed with quality and comfort in mind. The new Crown Sedan is also said to be well-suited as a chauffeured vehicle. 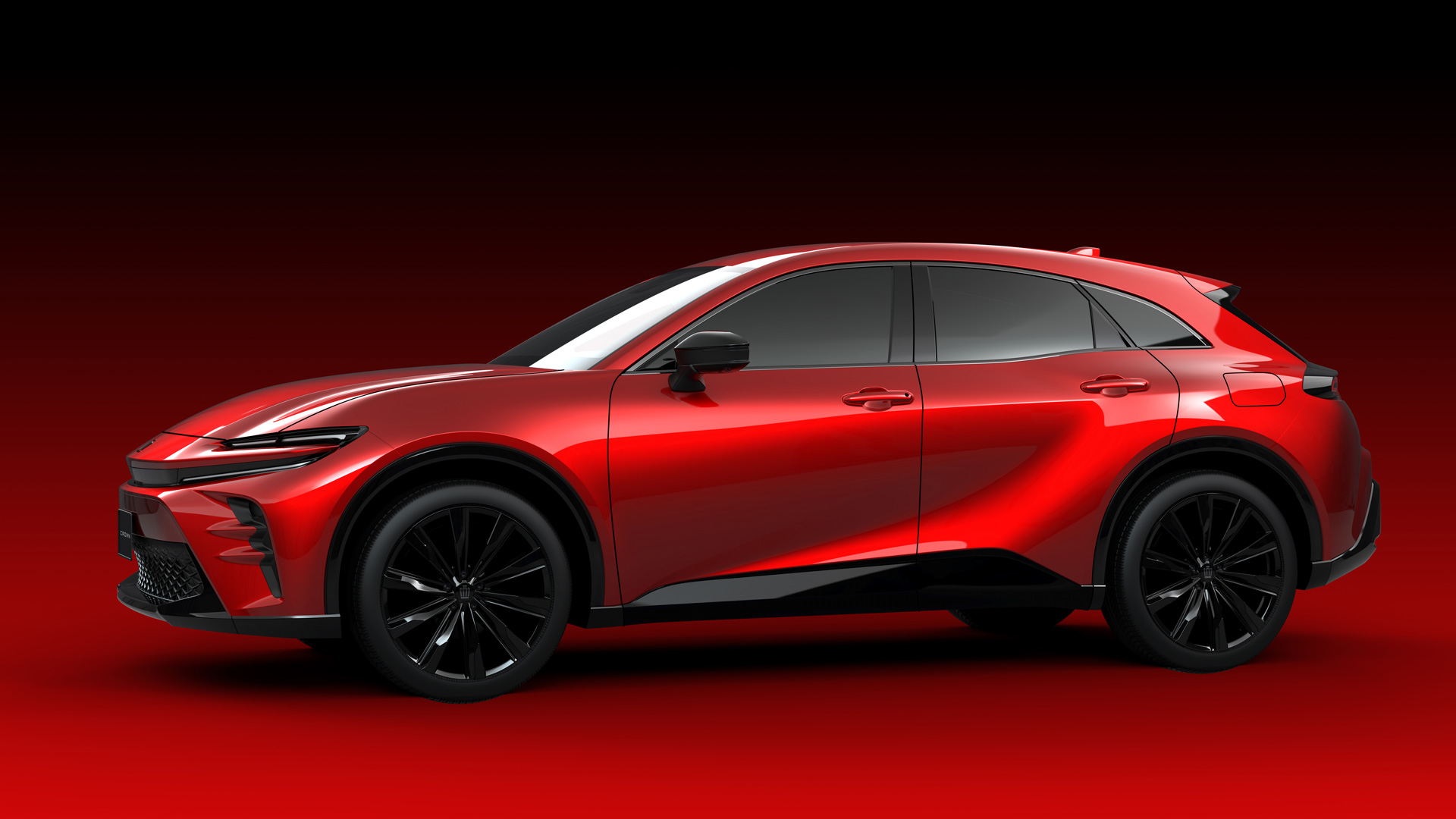 Toyota will also be entering uncharted territories with an SUV version of the Crown. Featuring a sloping roofline and aggressive design cues, we reckon that this Sport model will be the most adventure-oriented Crown of the four.

It is also the smallest in the lineup, which probably means that it will sit comfortably side-by-side with other compact SUVs and crossovers built by the company's Lexus luxury arm. 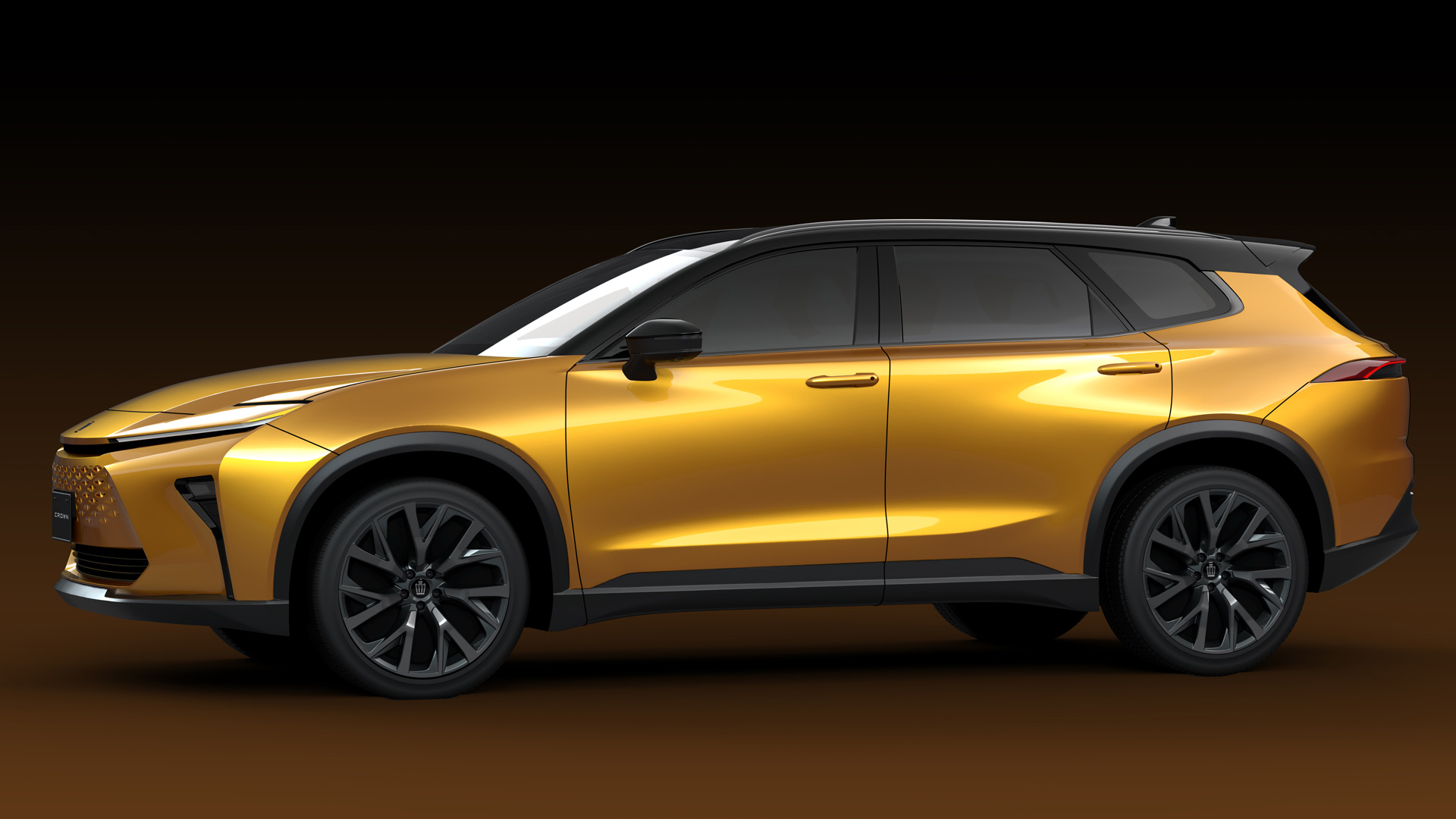 Not many people are aware that the Crown used to be available in stationwagon form until the latter half of the 20th century. Toyota is now reviving this variation of their flagship, this time with some SUV DNA infused.

The Estate features raised suspension, not unlike an SUV. Contrasting this rugged look are large diameter wheels and low profile tyres.The front fascia features a semi-covered diamond-like design language which adds to the futuristic looks, while plastic cladding adorn the wheel arches, front and rear lips, and the sideskirts.

Like the Sport and Sedan, interior details have yet to be disclosed. 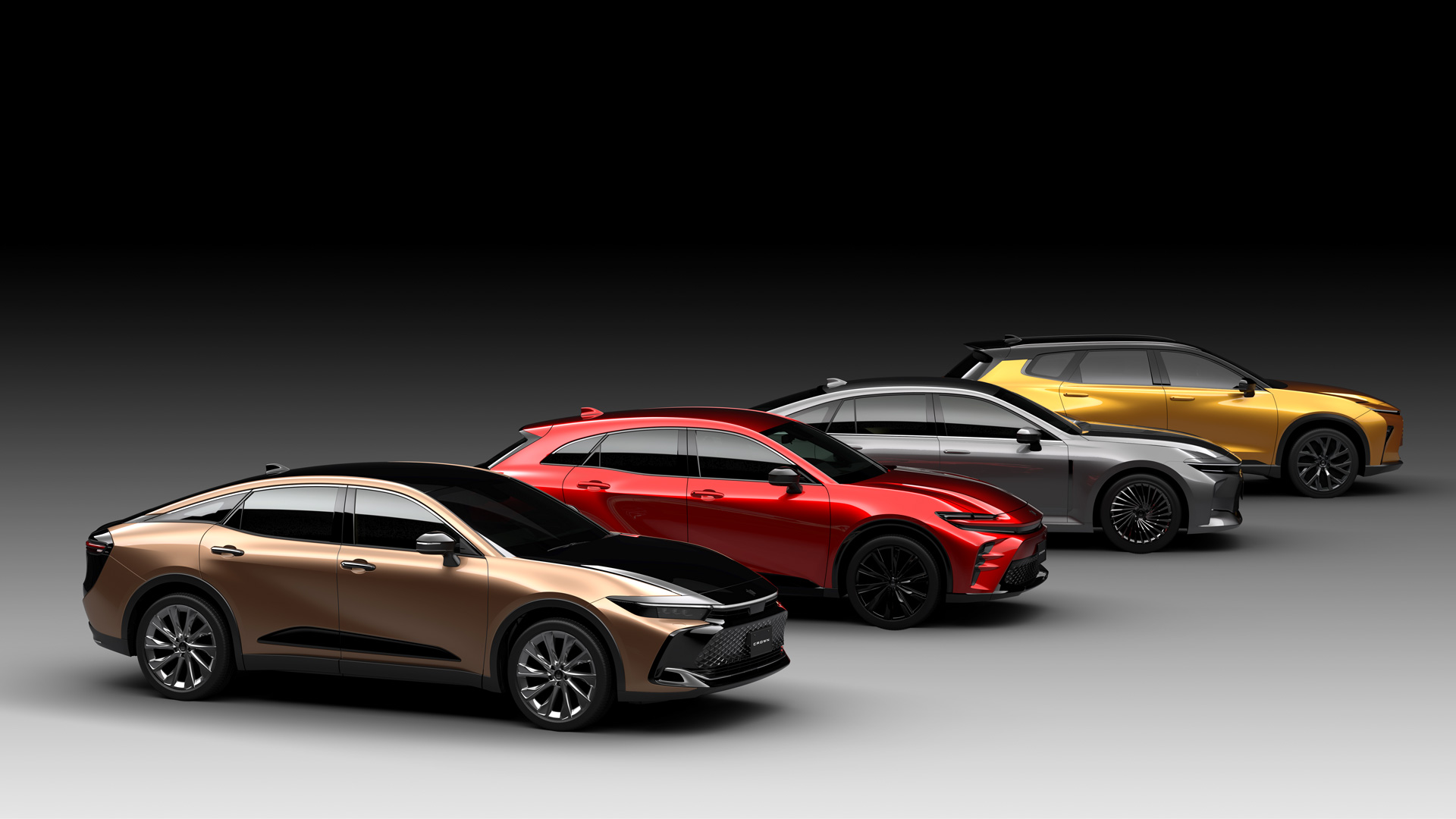 This marks the first time ever that Toyota is launching the Crown into the global market. The carmaker is aiming to reach over 40 countries and regions with their latest flagship range.

All four models will be rolled out in quick succession over the next one and a half years, starting with the Crossover around Autumn 2022. No word yet on whether the Singapore market is in the pipeline, but we're very excited to see Toyota's brand-new take on their Crown flagship in the flesh.