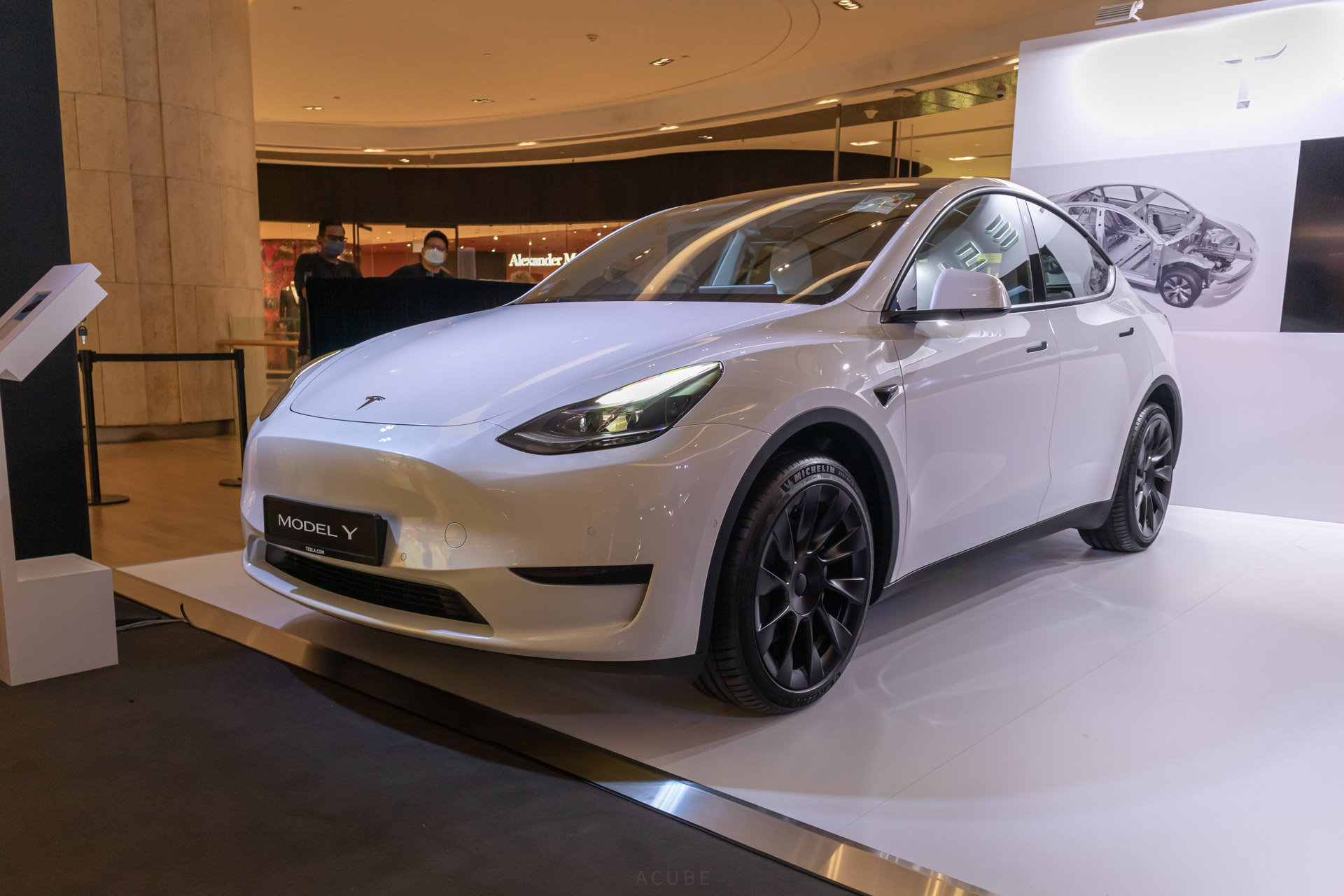 Tesla’s entry into the ultra-competitive crossover market in Singapore is now official, with the arrival of their Model Y. Equipped to impress and priced to entice, the company’s new compact crossover is pulling out all the stops to succeed.

How well does the Model Y fare, then? To find out, we drove around town in the Performance variant for a brief period of time after the launch event (which we covered here), courtesy of Tesla. Navigating through the streets of Orchard Road and Raffles Boulevard at lunchtime was a challenge and a half, but our preliminary thoughts on this premium EV are promising. 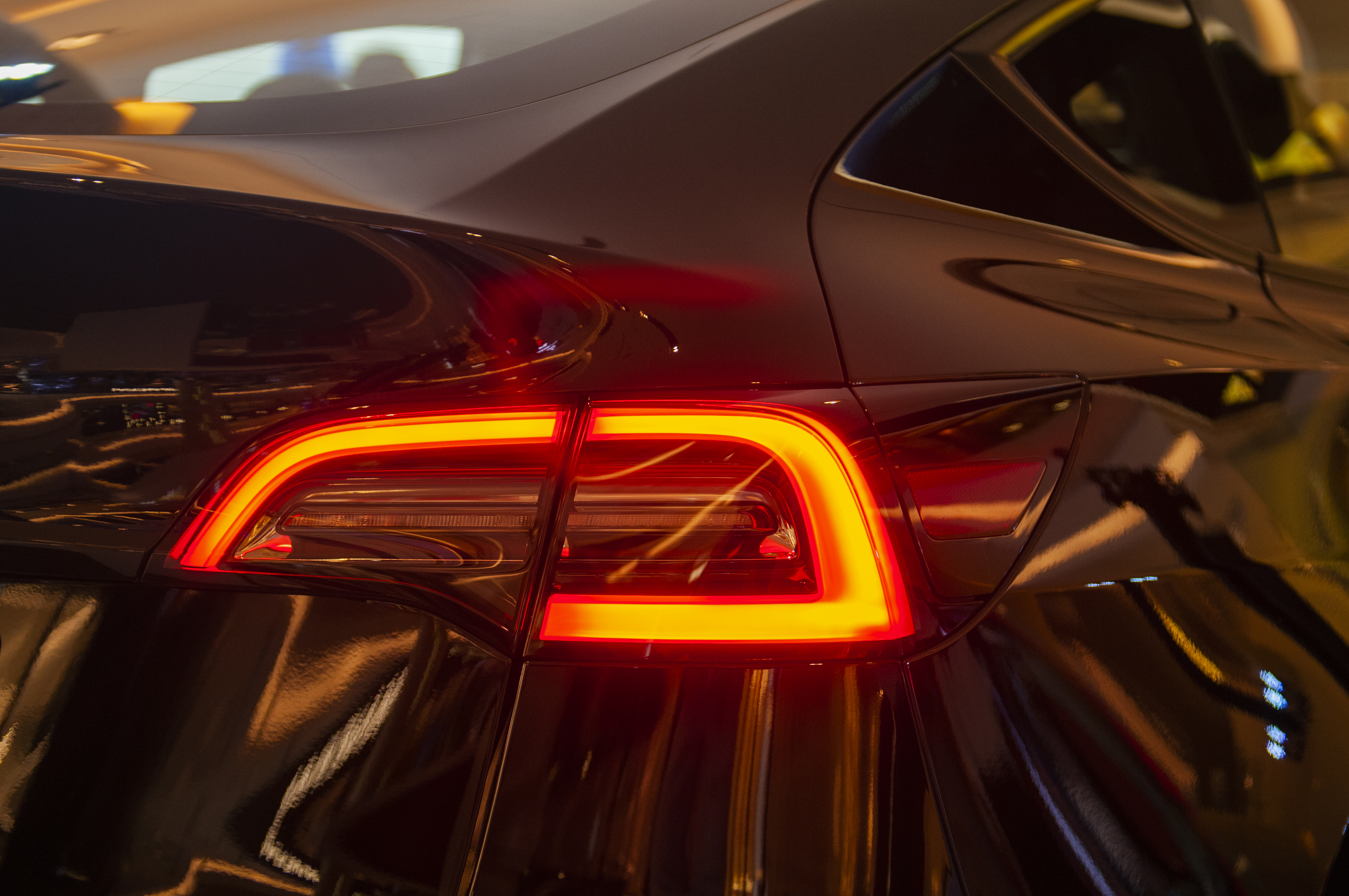 Based on the extremely popular Model 3 saloon, you’d be forgiven for thinking that it’s exactly the same car inside and out, just with a higher suspension setup. After all, the design language is near-identical to the Model 3, and they both share up to 75% in terms of components.

Look hard enough, however, and you’ll realise that the sheet metal is very different. For starters, the Model Y has a much higher roofline than its saloon sibling to create more space inside. The B-pillars, consequently, have also been redesigned to be more upright. 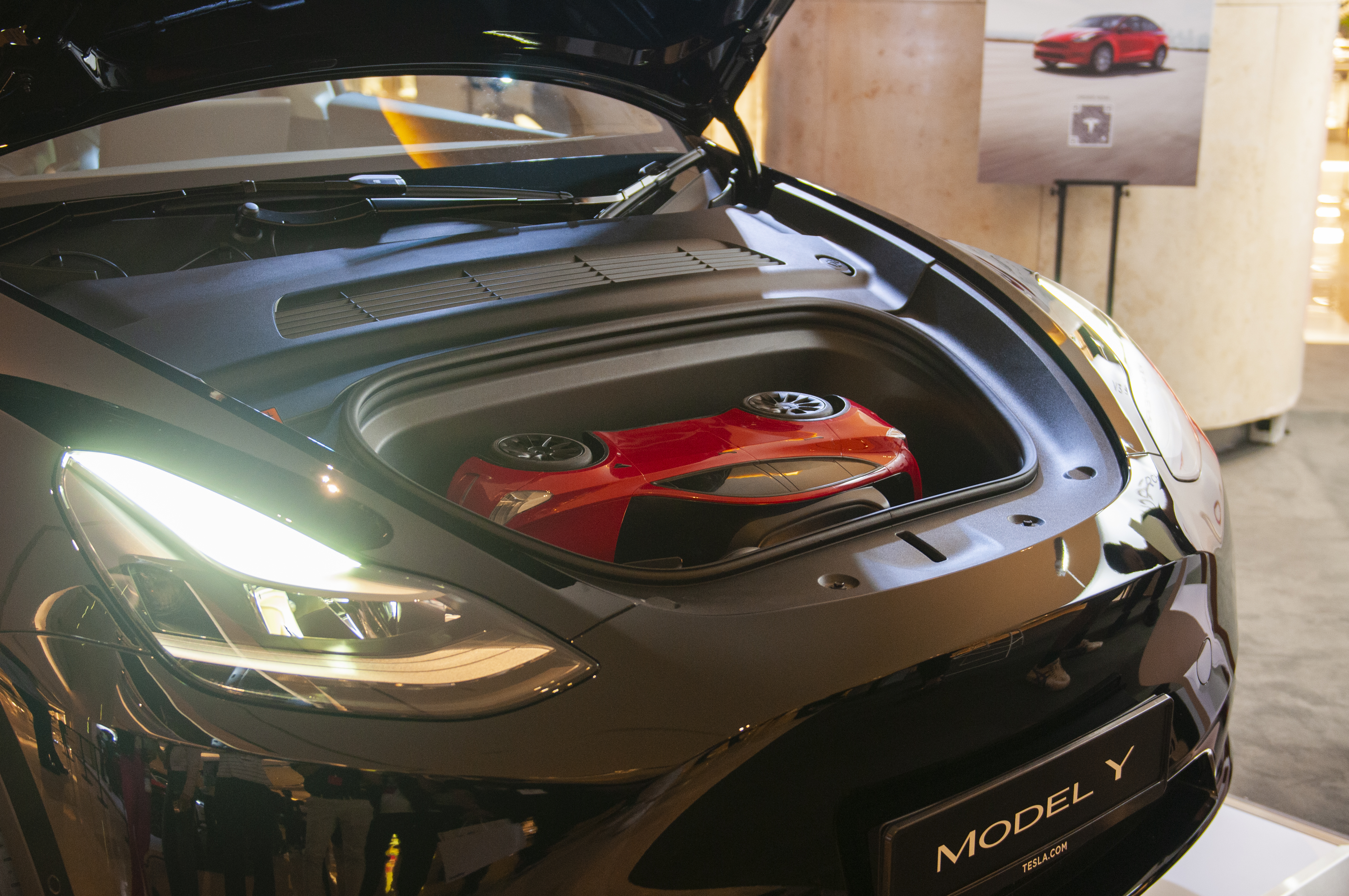 The details are as such: the Model Y is longer than the Model 3 by about 55 mm, wider by 71 mm wider, and sits 182 mm taller. Ground clearance is also a smidge higher on the crossover with a slightly extended wheelbase (by about 15 mm). 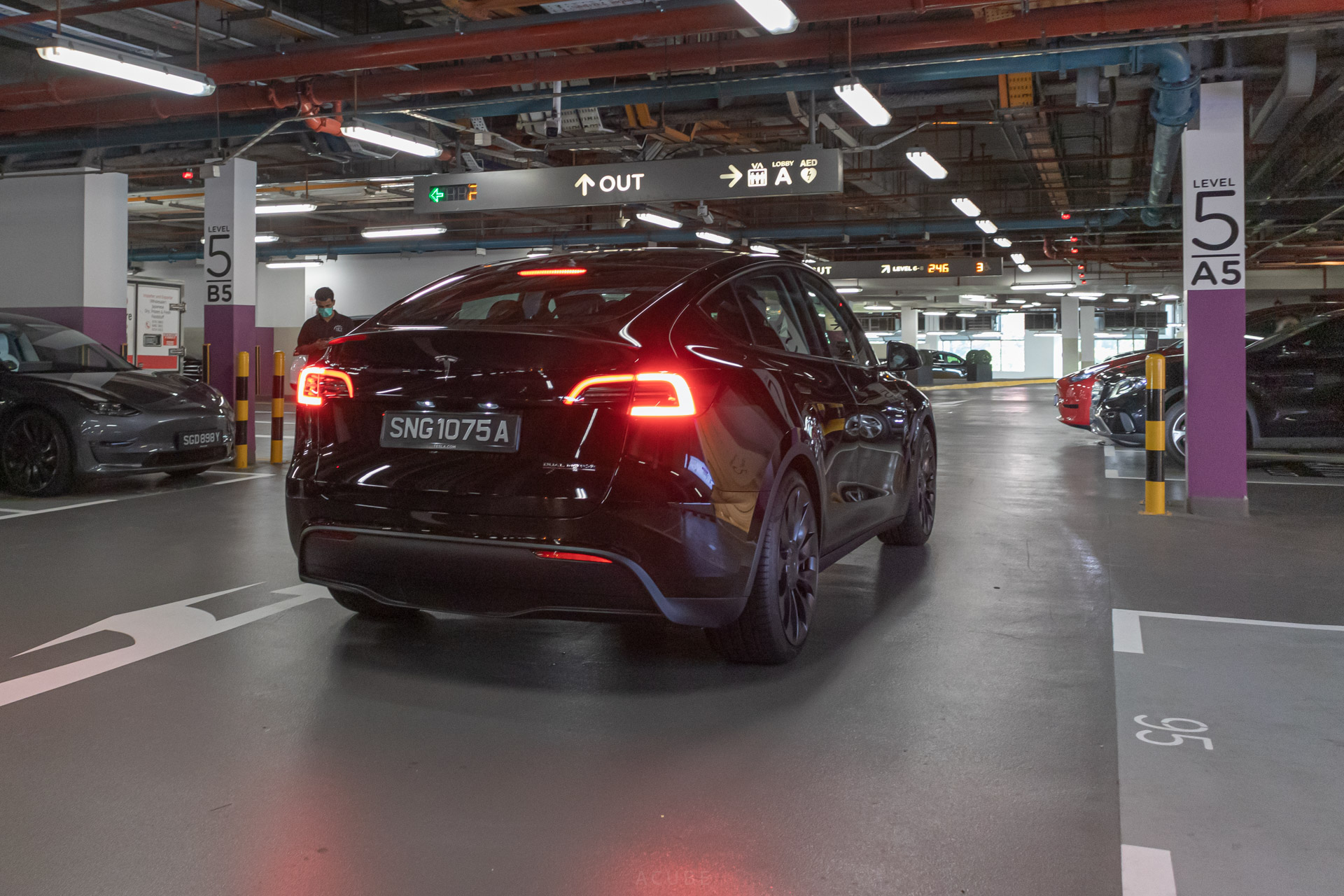 Like the Model 3 Performance that we tested several months back, the Model Y Performance is rapid where speed is concerned. It's capable reaching 100 km/h from a standstill in only 3.7 seconds (and 6.9 seconds for the RWD variant), effectively giving you the win at the occasional Traffic Light Grand Prix. Steering feedback is decent though a bit numb at times. For an in-depth assessment, you'll have to wait for our full review!

It is easy to lose sense of how fast you're going, simply because it's so silent inside thanks to superb sound insulation. And with 377 horses and 770 Nm of torque at your immediate disposal, keeping tabs on your current speed without much aural feedback (since there's no engine noise to speak of) is paramount. 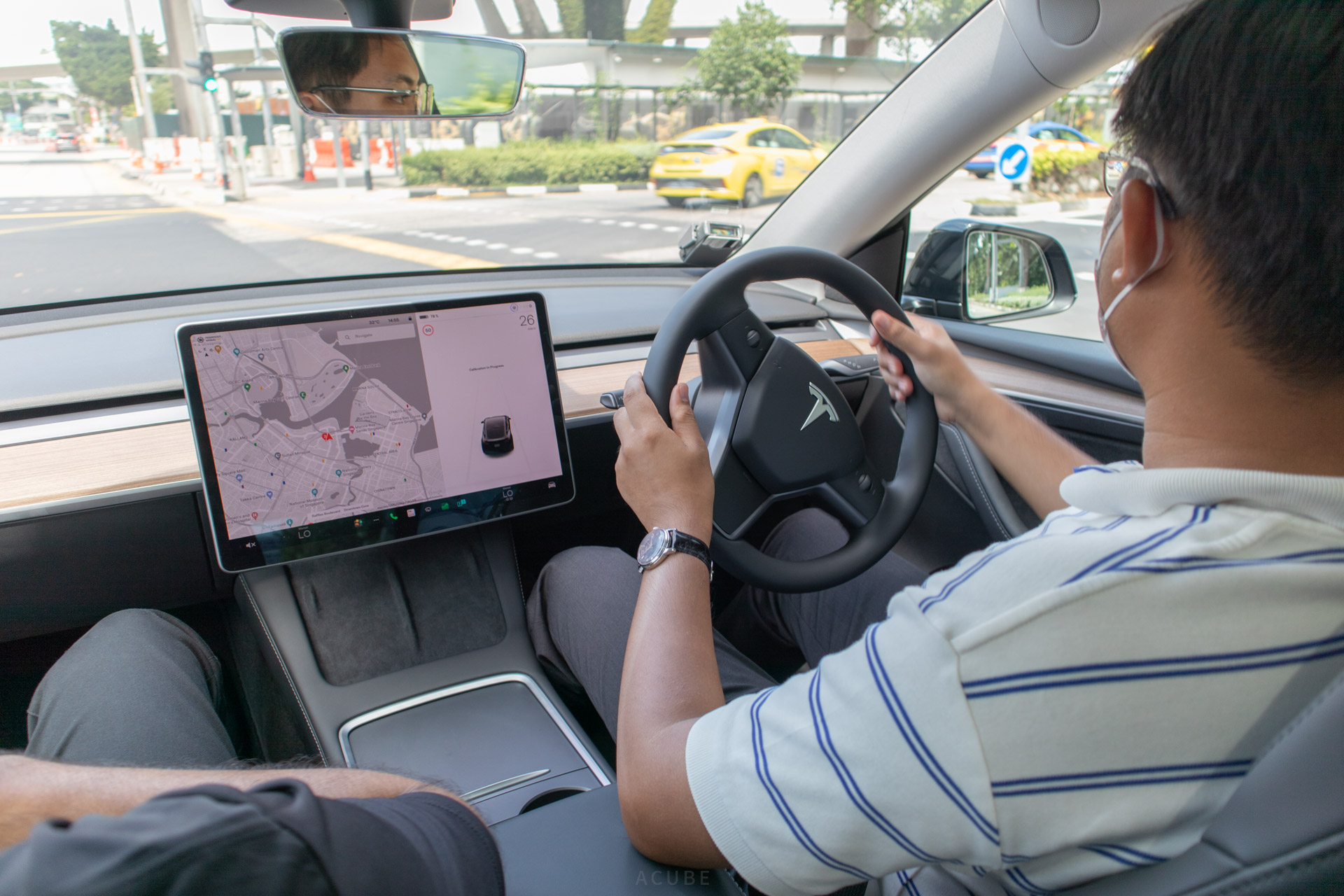 Speaking of which, the cabin is quite the place to be in. Just like the Model 3, almost every single car setting is digitally controlled – either via the absurdly large 15-inch central screen, or the scroll buttons located on the steering wheel. Everything's displayed in high-resolution and you can do just about anything on it, short of launching a SpaceX rocket.

Tesla's also equipped the Model Y with open-pore wood trim, which looks (and feels) exquisite, and a breath of fresh air from the usual piano black plastic panels found in many other cars. The leather upholstery feels upmarket, as do the soft-touch panels laid out across the interior. And with a charging pad for two devices, you no longer have to squabble with the front passenger for it. 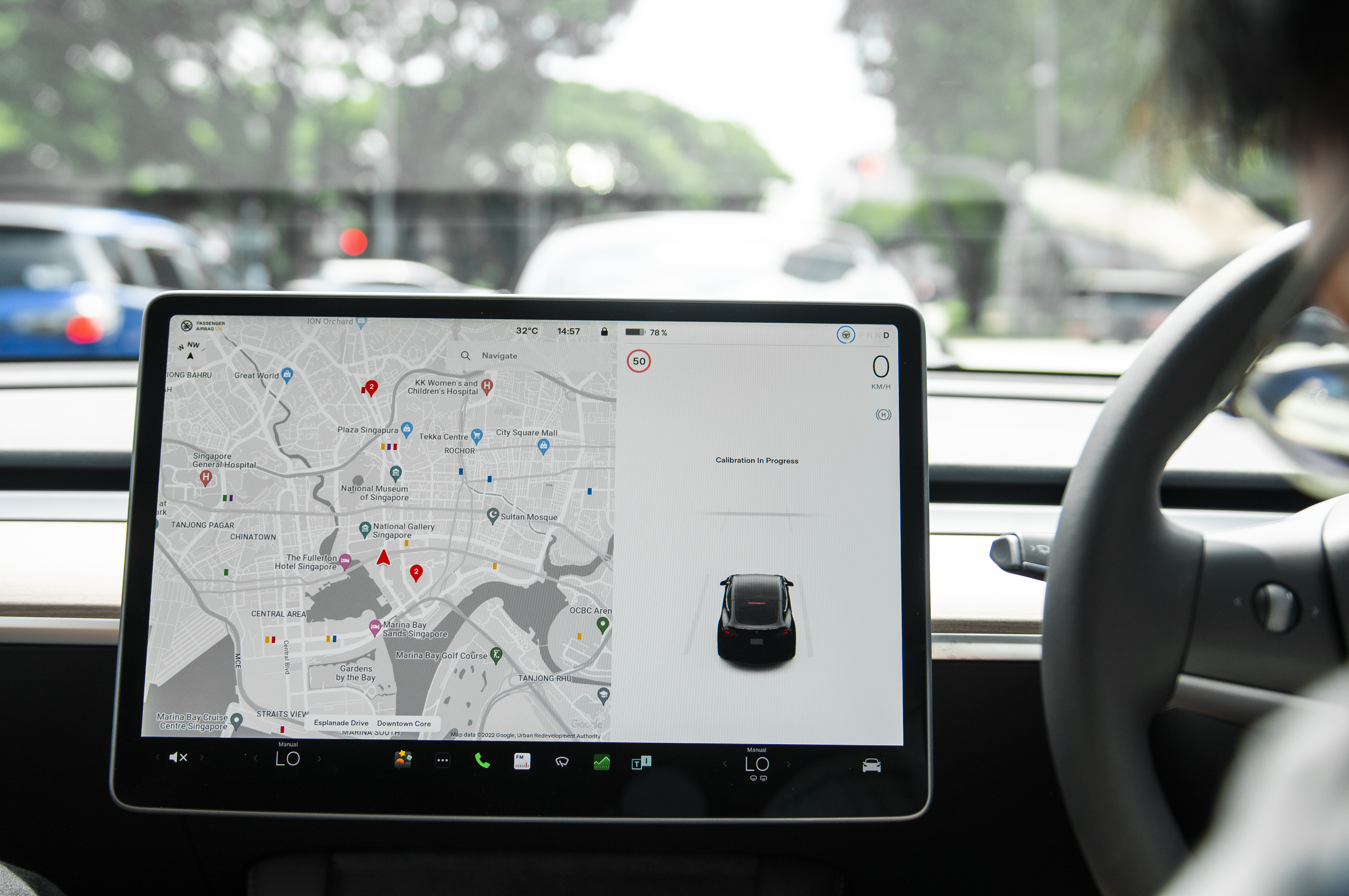 And it's airy too! Rear occupants also raved about the additional space up back, thanks to the higher roofline and panoramic glass roof. Legroom is decent as well, even though the flooring is still a tad high. The aforementioned roof is tinted to block out harsh sunlight, and unlike the Model 3, there is no structural bar running across it to disrupt the view. 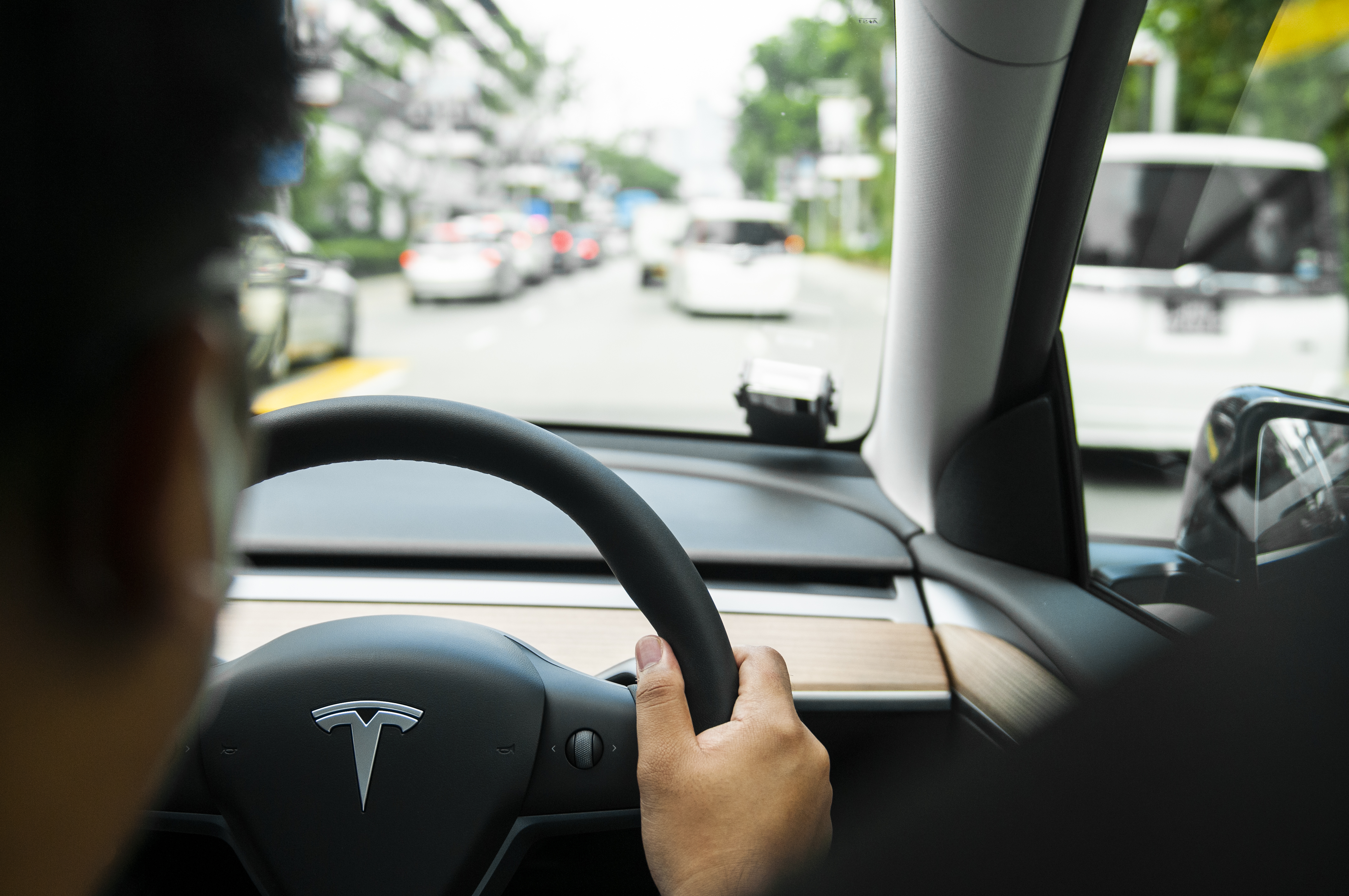 With all of that said, we spent less than an hour behind the wheel of the Model Y, and thus cannot provide a thorough report of it just yet. Like the Model 3, it's equipped with some of the best technologies on the market right now and even shares much of the switchgear, so that's already promising.

A detailed mReview is in the pipelines, along with our thoughts on how it performs day-to-day tasks. We'll say this though: if you're looking for a premium electric compact crossover, the Model Y is a strong contender and deserves to be in your shortlist.

Did you know we have a Motorist Telegram Channel? Created exclusively for drivers and car owners in Singapore, you can get instant info about our latest promotions, articles, tips & hacks, or simply chat with the Motorist Team and fellow drivers.here