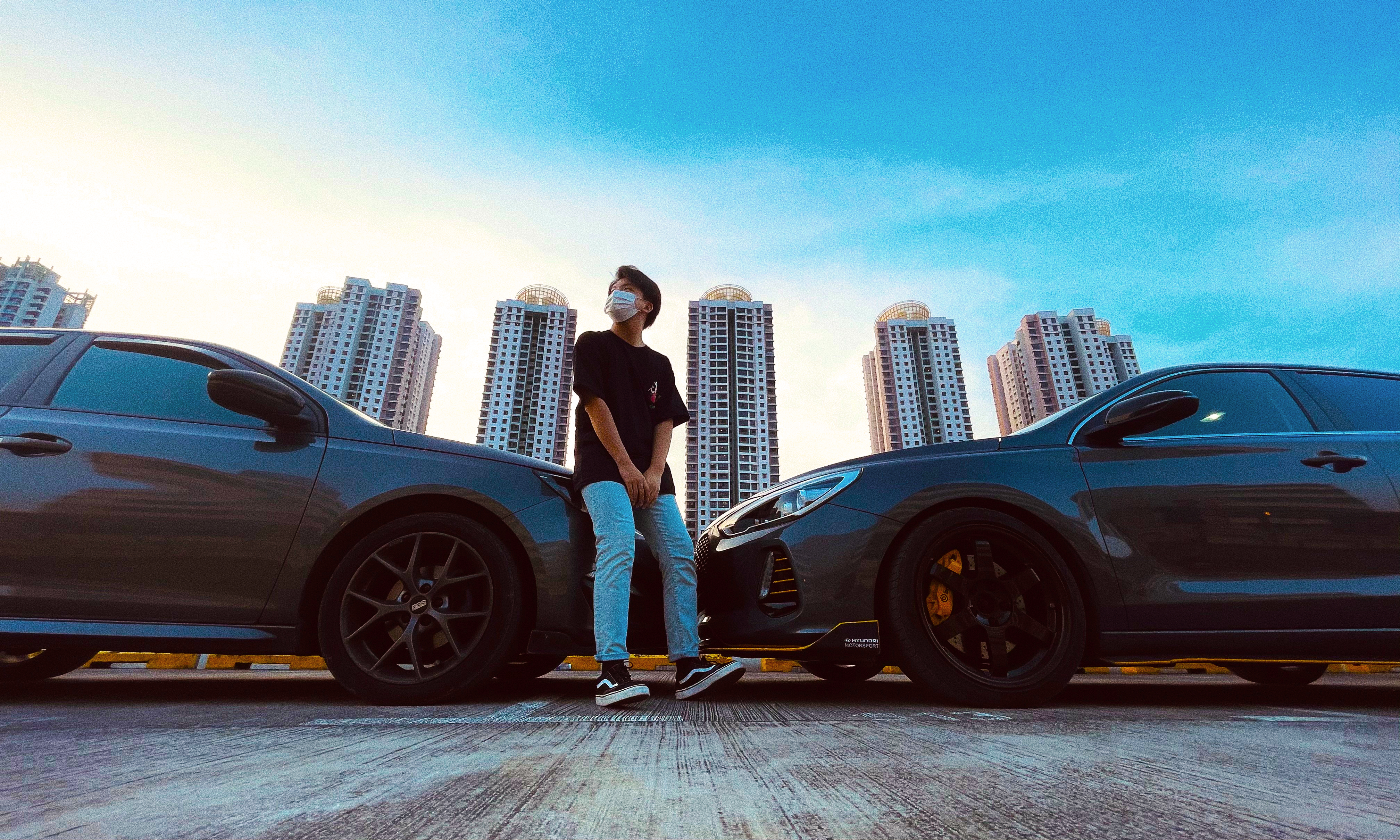 In this instalment of our In The Passenger Seat series, we feature the brains behind Jec'sphotos. An automotive content creator, he first cut his teeth in the exotic car spotting scene, though his content has grown well past that!

With barriers of entry into car ownership kept consistently high as a result of government taxes, it isn't unrealistic to believe that many aren't into cars simply because they're aware of the financial implications of owning one.

But not being able to sensibly afford a car doesn't mean you can't develop an interest for the automobile. In fact, if you frequent car meets, chances are that Justin is a familiar face. He regularly attends car meets to not only document the comings and goings, but also to interact with like-minded individuals!

Ever wondered how this interest in both cars and content creation began? Wonder no more - here's the low-down on his backstory!

Firstly, do tell us a bit about yourself!

My name is Justin, and I’m a car spotter. My hobby involves filming cool cars doing cool car things and I share my findings with the world on my YouTube channel, Jec’sphotos.

How do you go about creating the car content that you do? 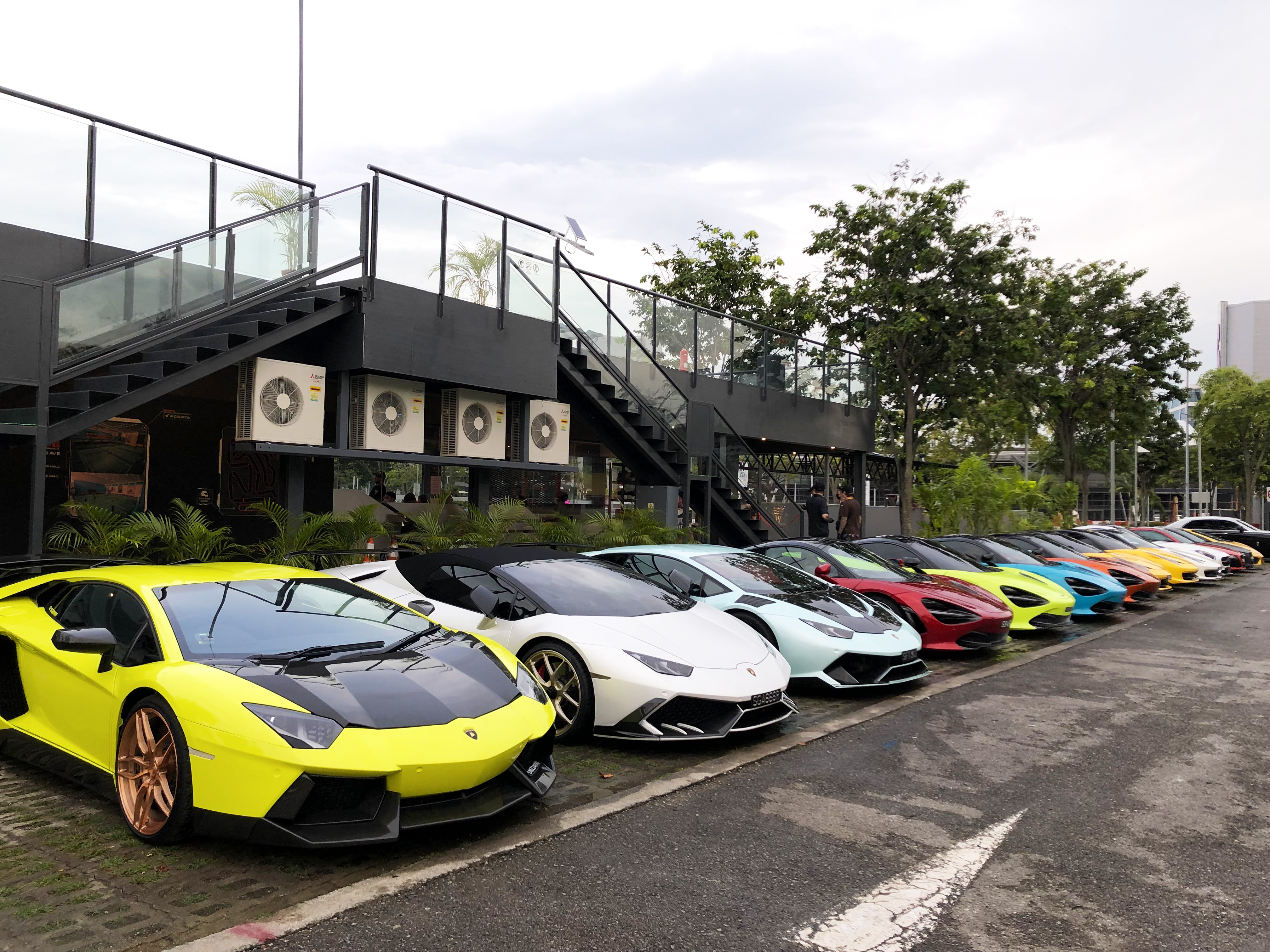 In the past, I frequented car spotting hotspots and attended various car meets all over Singapore. I'll then post videos of the cars I see. It's on occasions where I can tag along for photoshoots that I get to share more detailed videos of the car, including what it’s like to ride in it.

With car events happening less frequently as of late, you can often find me hanging out with other car spotters at Millenia Walk, which is one of the most popular places for exotic cars to congregate. From there, I film all the cars that capture my interest during my car spotting trips and I compile the clips into an 8 - 15 minute video. I also tend to include bits and pieces of commentary to give viewers extra context, as well as to spice up my vlogs when there aren’t that many cars to film.

What got you into cars? 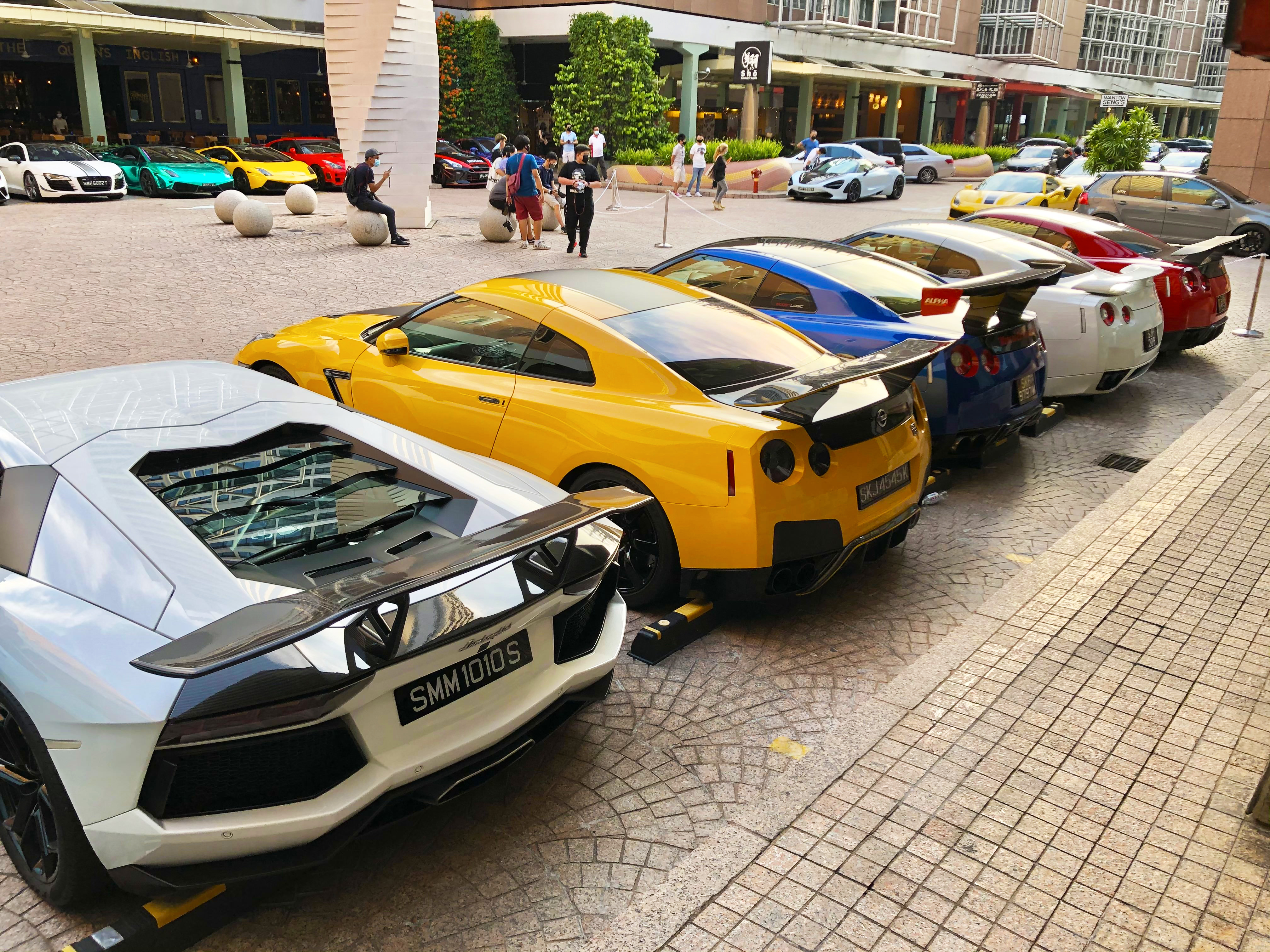 In 2006, my mom bought me an issue of Motoring, which was a pretty popular local automotive magazine at that time. That same year, at the age of four, I was able to memorise all the car logos under the buyers’ guide section. Ever since then, cars have always been my passion. Even throughout primary school, I used to doodle my own car designs in a notebook and show them off to my classmates.

A few years later, I came across glitchFan2428’s videos on YouTube, which were clips of exotic cars that he spotted on the streets of Singapore. Young me was blown away as I had no idea our country was home to that many interesting rides. I just knew I had to see these cars for myself, and that’s when I decided to try my hand at car spotting as well.

What are some challenges that you’ve faced while creating content?

Unfortunately, certain car modifications I’ve seen aren’t exactly LTA-friendly, so I will always have to take the time to censor the number plates of those cars before I publish the videos online. The editing process is quite tedious, though I still enjoy it, as it means I get to share the content with my audience to appreciate!

I also still find myself being uncomfortable in front of a camera, which is why I don’t normally show my face or speak as much as a typical car vlogger would. However, I’ve gotten feedback that my commentary is entertaining, so I will continue working on it.

Tell us about your first car spotting experience. 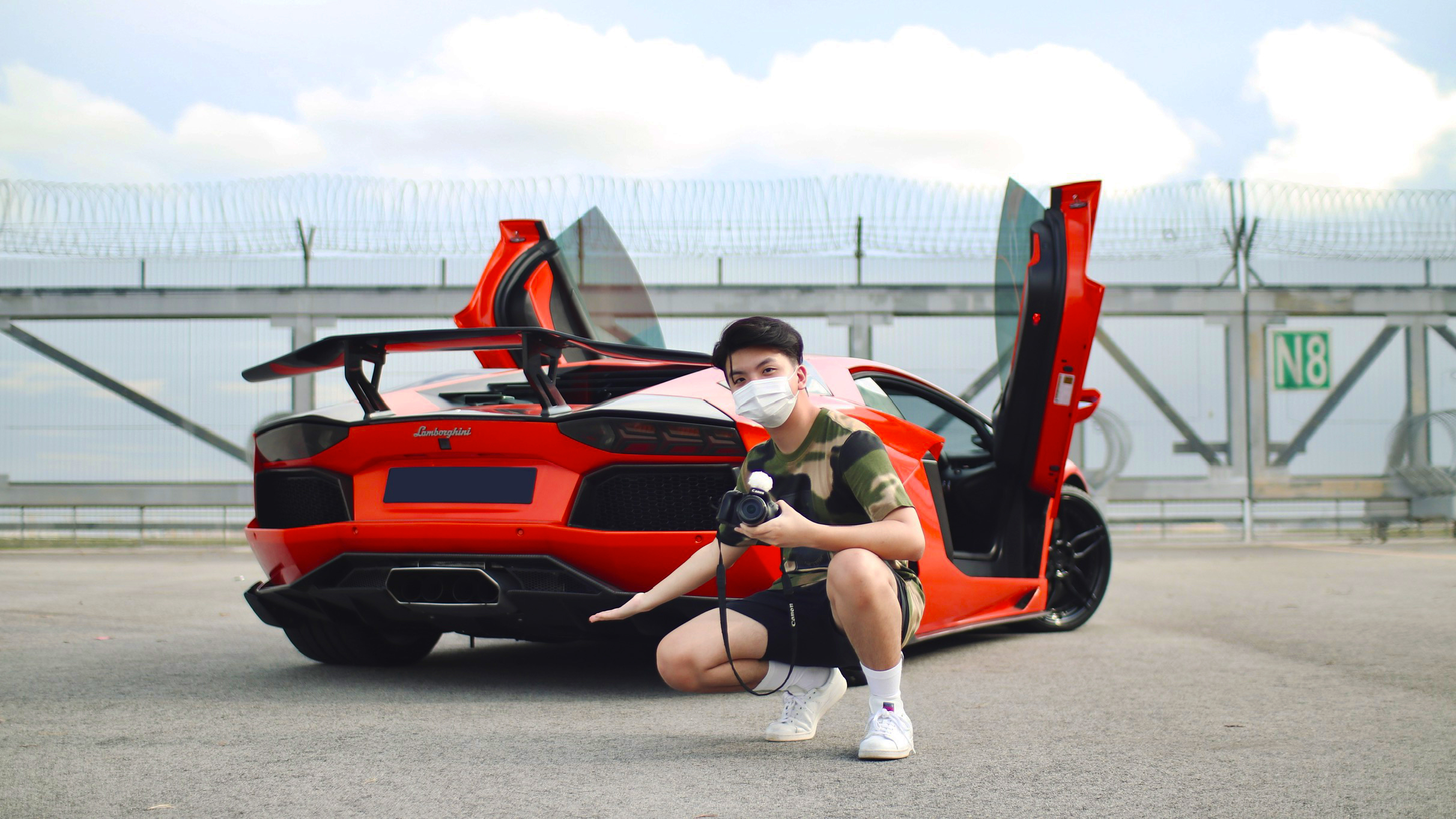 My first ever car spotting experience took place during my primary school days. My parents brought me along for a shopping trip at Orchard Road, and along the way, I snapped photos of every interesting car I saw using my mom’s iPhone.

I vividly remember freaking out in the car over a blue Rolls-Royce Phantom but I was bummed that I didn’t get a good photo of it. Back then, the old Hilton hotel was the place to go if you wanted to see exotic cars, and I remember stumbling upon a huge lineup of Ferraris parked there one evening, which blew my seven year old mind.

What are some memorable driver reactions to your photos or videos? 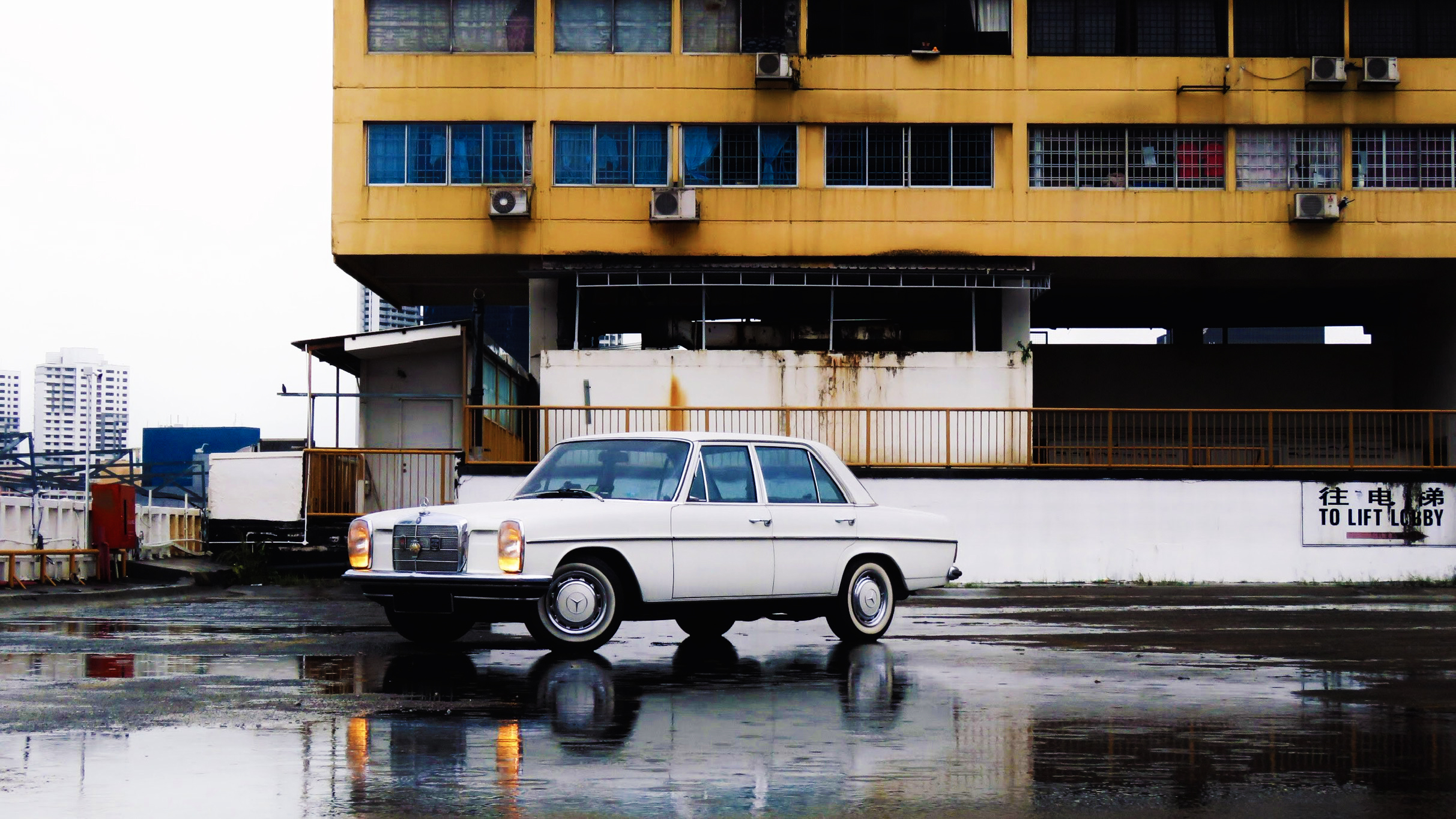 I had a friend told me he was coming to Millenia Walk in his friend’s classic Mercedes 200 W115, so I dropped by since I was in the area. After I chatted with the owner of the Mercedes and mentioned to him who I was, he was really surprised as he was a loyal viewer of the channel who had been subscribed for a pretty long time. I ended up getting a ride in it, and he offered to show me around the many quirks of the car, such as the vintage radio.

Apparently, a friend of mine also came across an Audi R8 owner who had my videos playing on his in-car screen. I'd love to meet him someday!

I’ve always been fascinated by the car culture in other countries when I watch car YouTubers who are based abroad - think Effspot or AdamC. In a similar way, I wish to showcase to car lovers around the world a glimpse at our local car scene through my vlogs.

For my YouTube videos, mainly the best bits make it into the final cut, such as sounds of engines. I also design eye-catching thumbnails to go along with each videos. Although I’ve been sticking to the same process for my videos for years, I don’t find it tiring as I thoroughly enjoy the process and my audience seems to enjoy the end product too.

As for Instagram, I post whatever I want, but I often do livestreams when I’m at car events. It’s a great chance to connect with followers, and I usually get requests to show certain cars or answer their questions.

Looking back, what have you learnt as an automotive content creator? 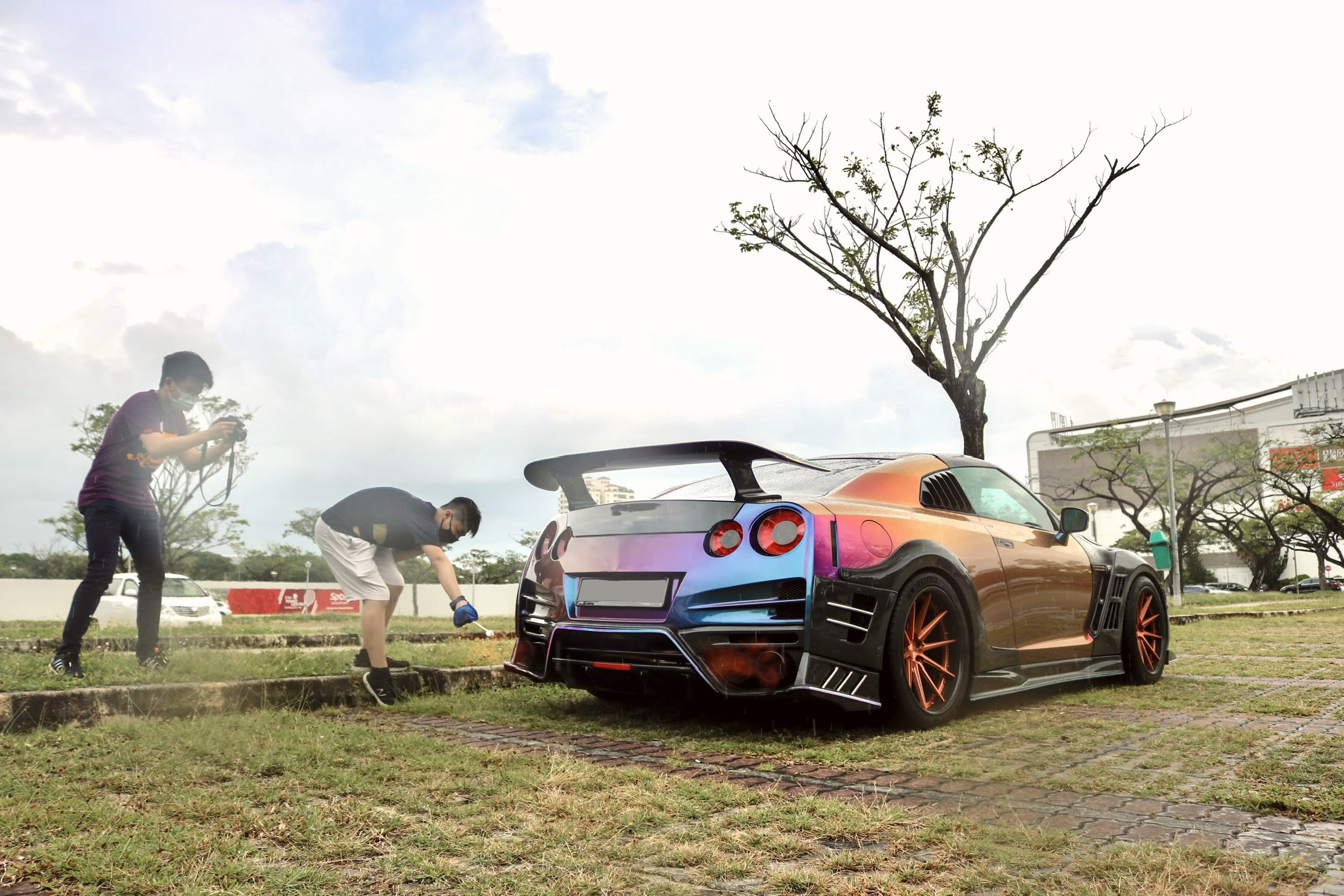 Though I started my YouTube channel purely as a hobby, I found myself building a community of people who share the same love for cars. When young car spotters approach me at car events and talk to me about how they grew up with my videos and how those videos have inspired them to start car spotting, it always feels surreal how I’ve managed to pass on my passion for cars to so many other people.

I find it fulfilling to give back to my subscribers by sharing with them my personal tips and tricks, and filling them in with information about cars. Given the privilege of starting my channel at such a young age, I also found myself developing an entrepreneurial spirit at a young age too. I started making my own merchandise last year, such as the Seal of Approval stickers, and I plan to build my brand and work with more people in the near future.

I can’t think of any one specific video I’m especially proud of, but one of my proudest accomplishments would have to be my official Discord server, Cars and Stuff, which I made public last year. Apart from using it to chat with other like-minded car enthusiasts, I often host gaming events and announce car events there. We’ve grown to around 680 members since 2021, and we’re always open to new members! 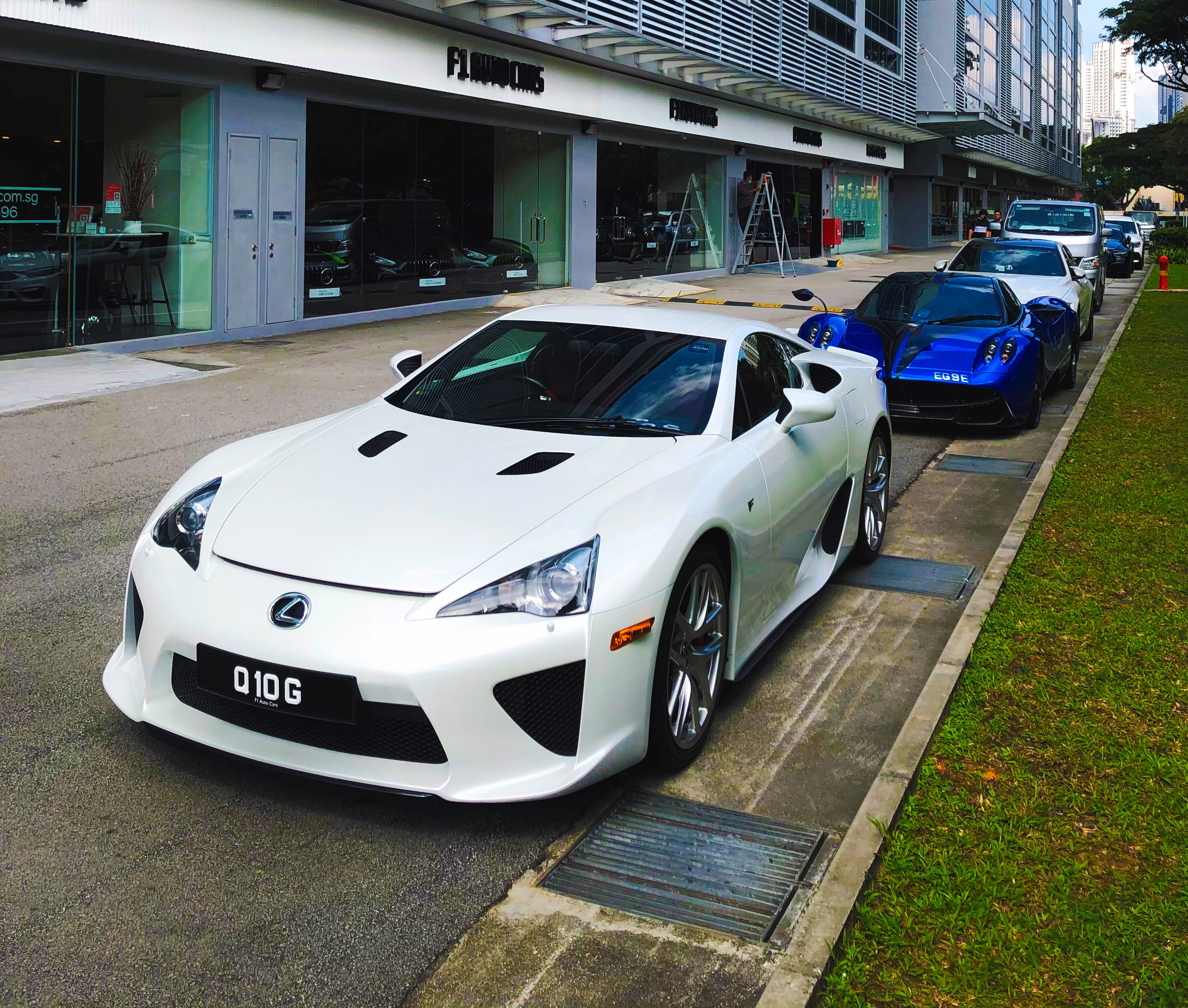 Usually , I tell people that my dream car is the Lexus LFA, because most of the time they’ll agree with you. Though the LFA looks and sounds amazing, and I would probably kill for the chance to drive one, I’ve always had a soft spot for the Mitsuoka Orochi ever since I was a kid. 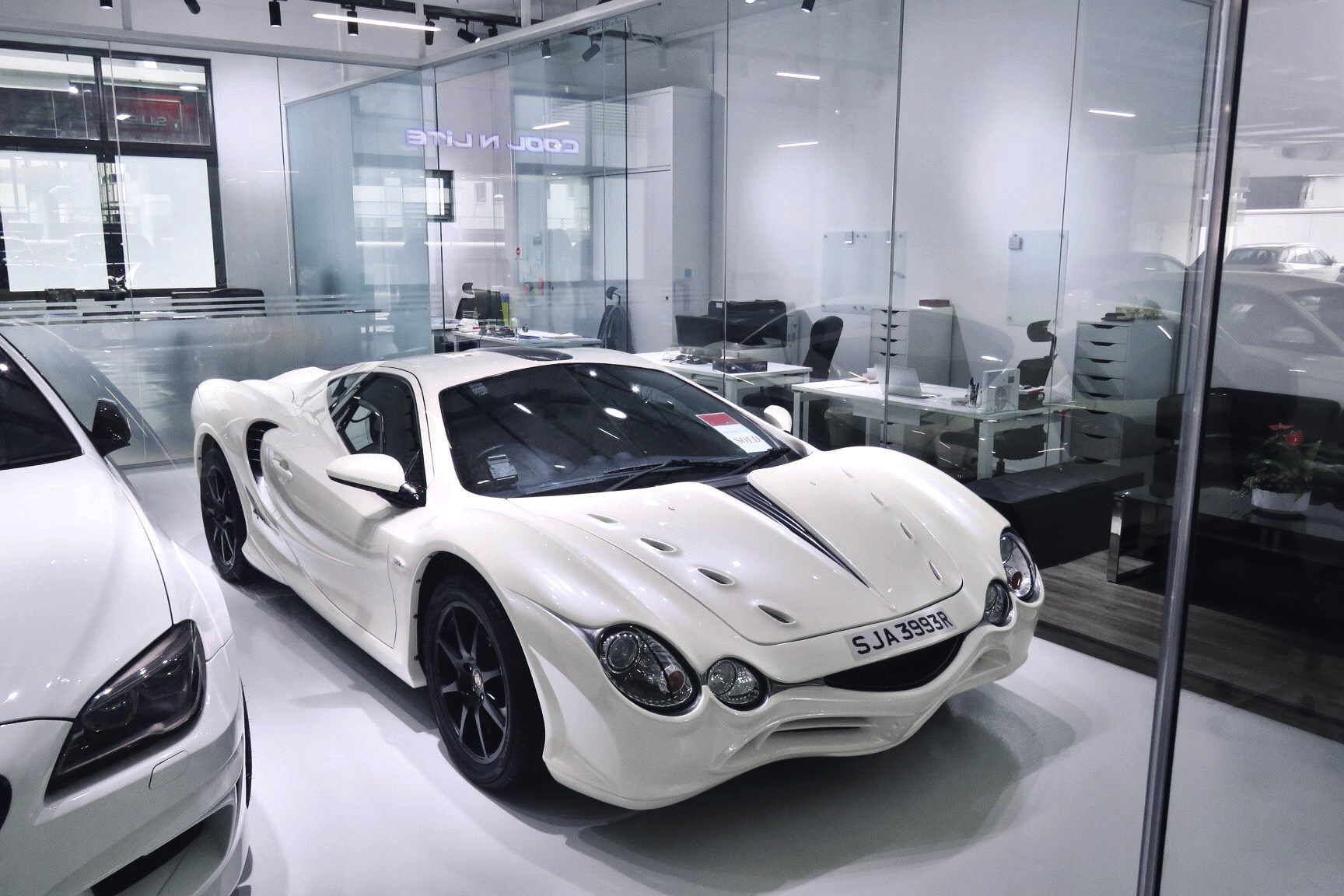 Despite its divisive looks, I fell in love with it the moment I saw it in car magazines. I’ve always been a fan of Mitsuoka as a brand, as their cute, retro-themed, coach-built cars are just so unique and sets them apart from other car manufacturers. The Orochi is built on their own platform (not an NSX chassis, contrary to popular belief - that was only true for the 2001 prototype), and I love how Mitsuoka classifies it as a Fashion-car — not a sports car.

Essentially, it’s designed not to go fast, but solely just to look unique and unlike anything else on the roads. Singapore is home to one single unit of the Orochi, and it is my lifelong dream to be able to own it someday.

Be respectful to the people around you, and most importantly, stay safe!

What are some things you love/hate in Singapore’s car scene? 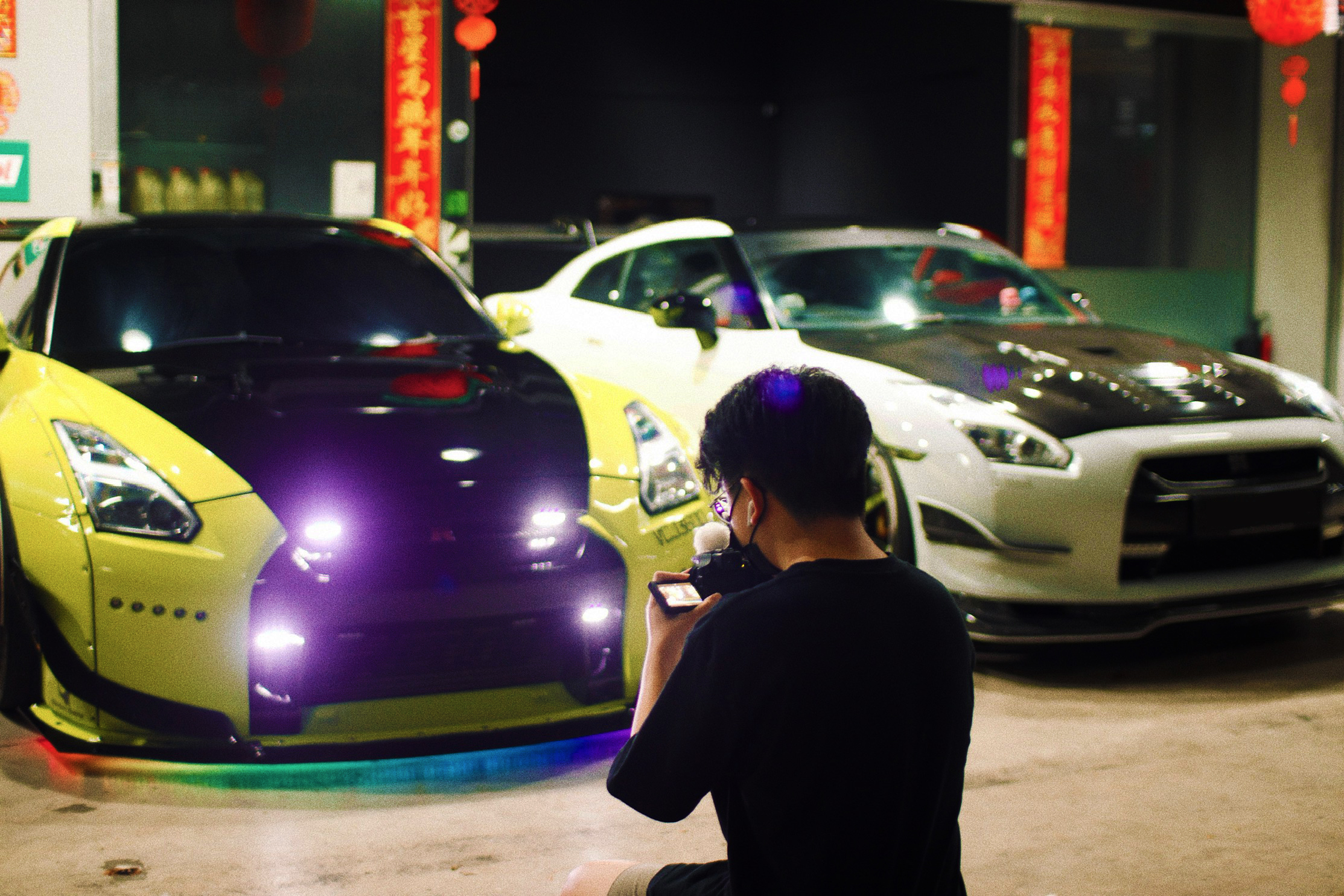 I can’t say I know too much about the local car scene, since I don’t own a car. However, with all the adversities Singaporean car enthusiasts face, I’m glad that our car community still remains strong.

Be sure to check Justin out over at his Instagram, and YouTube channel for events and updates.

*Editor's Note: Portions of the interview have been edited for clarity.

Read More: In the Passenger Seat: Yip Feng and His Legendary JDM Icon