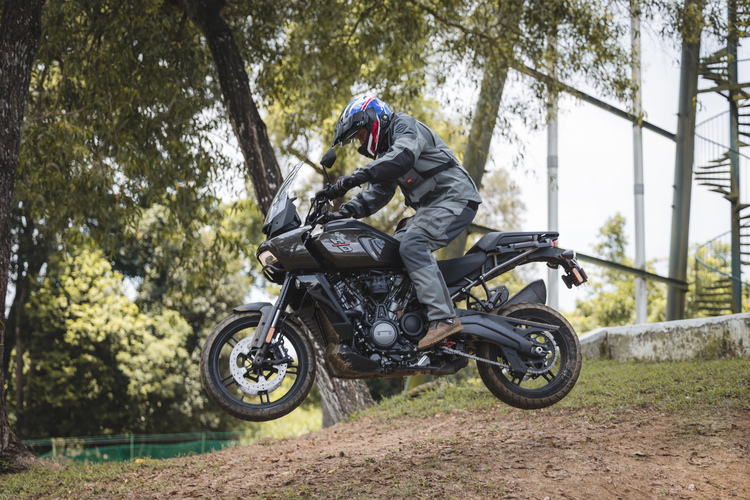 Combine a very capable motorcycle with a playground of undulating and exciting terrains, and you get a thrilling day out with the all-new Harley Davidson Pan America 1250.

If someone comes up and asks you for a recommendation for a high-tech, fast and off-road capable motorcycle, chances are Harley Davidson won't be on your list of suggestions.

However, the American marque famous for its boisterous cruisers and leather chaps now wants to redefine itself with its all-new creation, the 2021 Pan America 1250 Special.

This new model is Harley's first foray into the hotly-contested adventure-touring category, pitting itself against established names such as the Honda Africa Twin and the BMW R 1250 GS Adventure.

So how does it stack up against the competition? 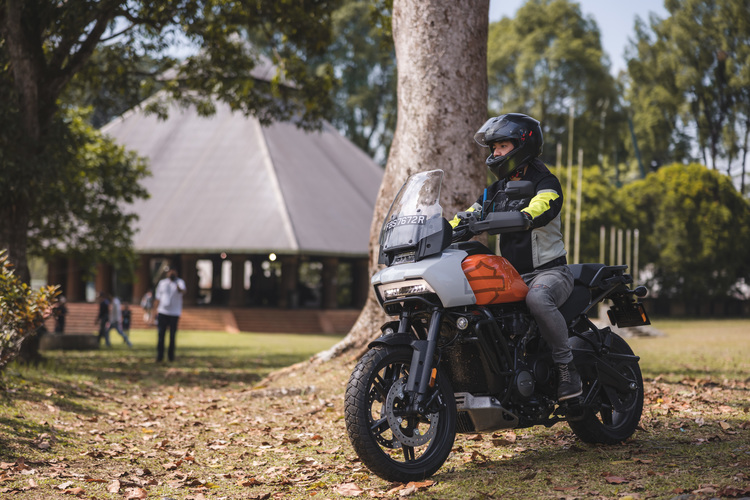 
On paper, the Pan America seems really promising. With an all-new 1,250cc engine dubbed the Revolution Max, custom riding modes, adaptive headlights, and an abundance of riding assistive features, this bike clearly doesn't want to lose out to the competition.

As this bike is designed for covering long distances, you do get creature comforts such as Bluetooth for your smartphone, as well as cruise control for those endless stretches of highways.

It also has a rather unique styling. Harley Davidson has been brave with the look of the bike, giving the Pan America a more unique design and setting it apart from the other existing models in their lineup. We dare say it looks rather good, with styling cues adapted from other Harley models, and an overall muscular and rugged frame.

Is it enjoyable to ride? 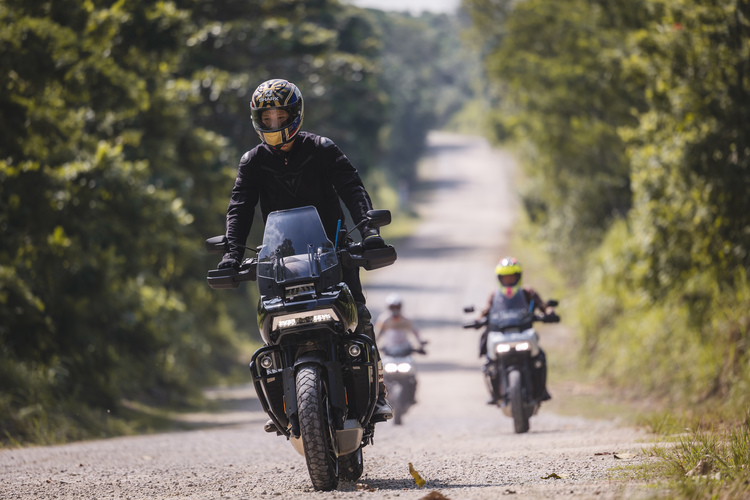 We had the opportunity to witness the new Pan America in action at Sarimbun Scout Camp, which offered a good mix of on-road riding and various off-road obstacles. The first thing you'll notice when getting on is how light it feels, especially for a bike with such a tall stature.

Start her up, and the Revolution V-twin engine is an absolute riot. Its specially tuned to offer bountiful amounts of low RPM grunt, while also providing heaps of power at higher speeds. This liquid-cooled power plant is also now the most powerful engine ever created by Harley Davidson, producing a staggering 150bhp and 128Nm of torque. 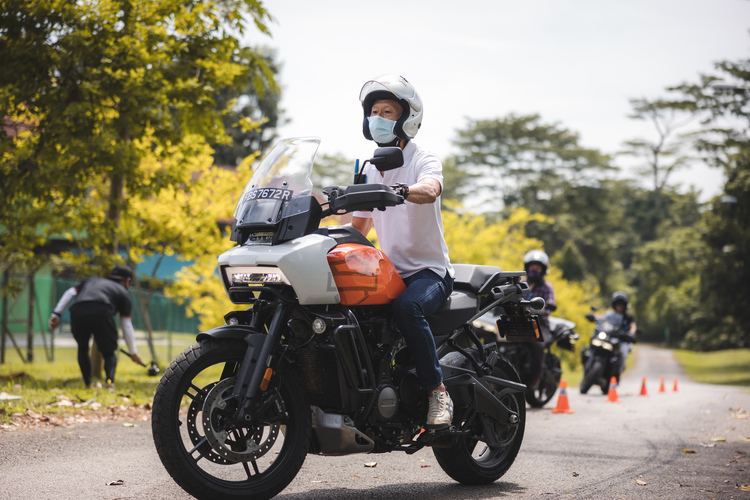 When riding, you are also naturally seated in a commanding position, giving you more confidence to corner enthusiastically.

Additionally, the best feature of this bike is its Adaptive Ride Height, which lowers the seat height automatically whenever the bike comes to a standstill. This innovative feature is an industry-first, and though it may seem trivial, when it comes to towering adventure touring bikes it can prove to be a blessing for vertically challenged individuals. 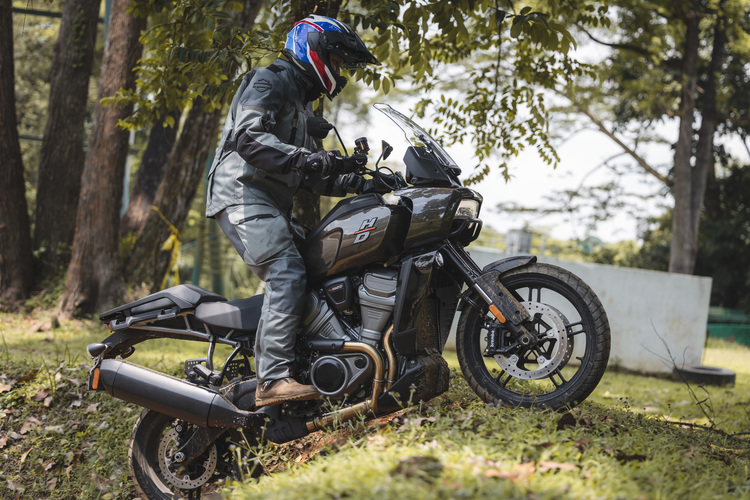 
When the tarmac ends and the gravel loosens up, this bike can still tackle the terrain like a champ. Its enormous power enables it to climb aggressive slopes with ease, and the semi-active suspension adapted well to the assortment of surfaces made available to us.

Of course, don't expect it to be class-leading when off-roading, but if you are looking to ride up to Thailand and wish to take the more scenic off-the-beaten-path route, the Pan America is perfectly capable of doing the job.


Overall, is it worth it? 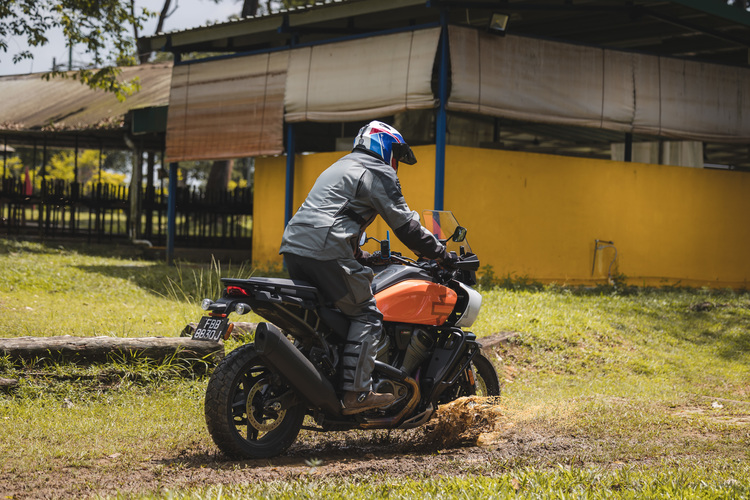 The Pan America is now available in Singapore, costing $46,900 for the standard version and $56,900 for the Special. With current exorbitant COE prices, this is a pretty pricey package.

However, if you're looking for something unique, or something that can effortlessly cover distances far greater than our expressways in Singapore, then this may be an attractive option.

Let's not forget, the Pan America is Harley's Davidson's way of shaking things up and challenging the competition. It may not be the fastest in its class or the best off-road, but it is certainly something that grabs your attention and makes others take notice.