In The Passenger Seat: Jegan Das, Founder of OfficialSECS 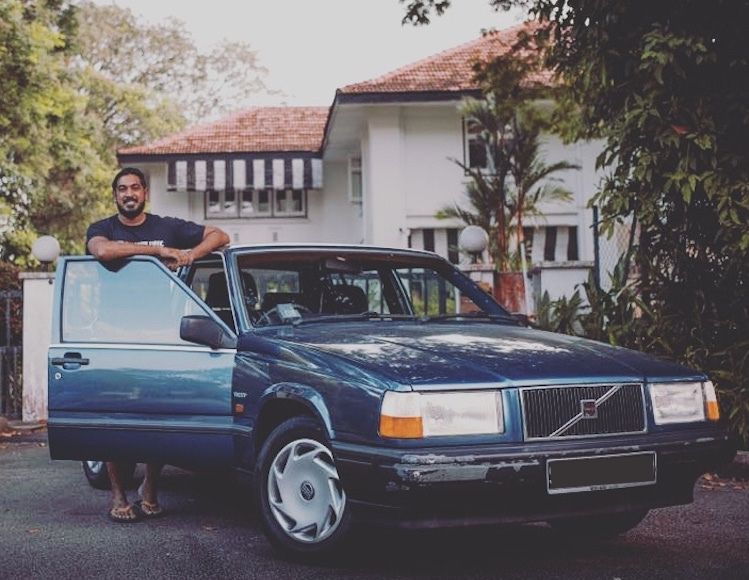 #OfficialSECS is Singapore's biggest Exotic Car Spotting group which has been around since 2008. In this episode of In The Passenger Seat, we have the founder Jegan Das recall his favourite moments and cars he has spotted over the years.


Singapore, as we all know, is a small country with a small car scene. For car enthusiasts, you may see a beautiful looking whip cruising along the road but you may have no idea what the make is.


#OfficialSECS is the Facebook group to upload your spots to share with other like-minded car enthusiasts and maybe find out more about the car you took a snap of.

The founder of SECS, Jegan, was once a young petrolhead that went to different parts of Singapore to catch and snap a picture of exotic cars. We're delighted to have him on In The Passenger Seat to be able to share his stories.

My name is Jegan Das and I'm 36 years old. I'm currently an advertising professional but started out my career as an automotive journalist with SGCarMart.

When did #OfficialSECS first start? How did the idea come about and what were your goals for it? 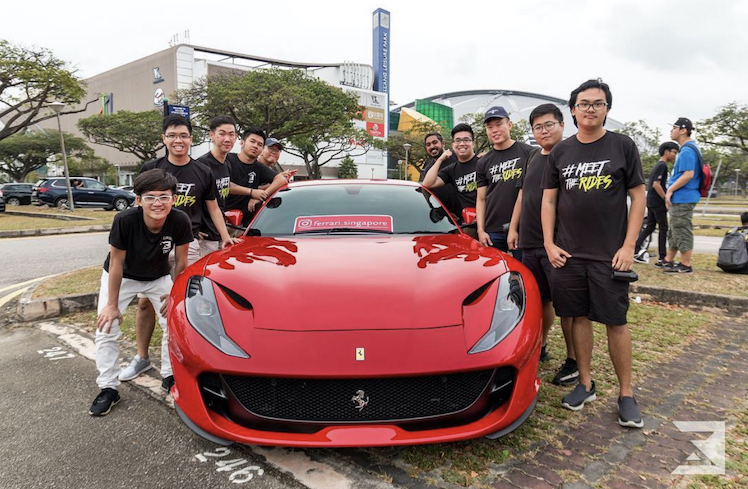 SECS started just like Facebook did. In 2008, with the advent of mobile phones being able to take respectable pictures, I started amassing quite a collection of snaps that I would take out of cars. So I decided to start a group on Facebook to upload photos of my car and maybe connect with the same-minded petrolheads as well.

While it started that way, the group began to grow exponentially year after year and soon, almost hitting 10k members, quickly becoming the largest local car enthusiast group in SG on FB.

So I've been banding with a few trusted members to try and do more for the community with the influence we've had.

What are some events did #OfficialSECS host?

One of those ideas was #MeetTheRides, a very simple idea. We knew there were a lot of impressionable youths (as I used to be) who would see these cars at a distance and never dare approach the owners. I knew firsthand that it's not just a source of passion to engage with owners, but it could also be the inspiration that some people need to focus on bigger things in their lives.

We wanted to engage the enthusiast community with the driver community, Ala Cars and Coffee in the states. No pretentiousness, everybody was invited as long as you were friendly.

Our first event was just under 10 cars, but by our 4th event, we started to have 200 cars coming up with even more people, both cars and people from every walk of life you could imagine. It was an unbelievable sight. 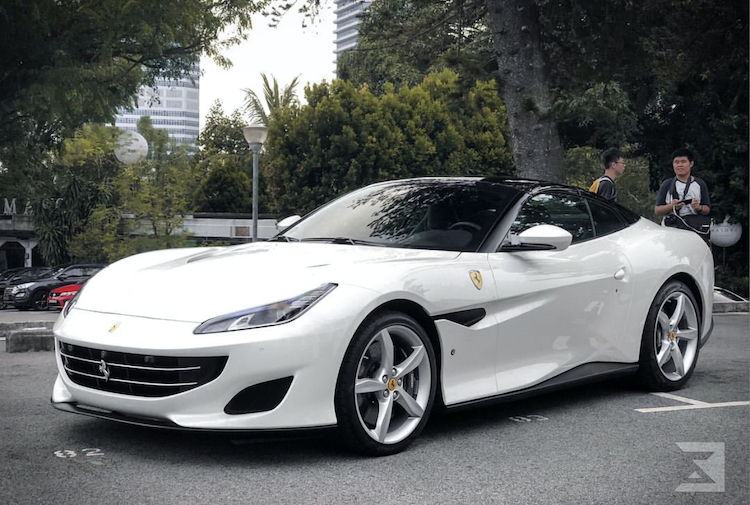 Something else that we came up with was #SECSPresents, this was just our way to give our members an exclusive, up-close and personal introduction to the newest sports and supercars on the market.

This involved us linking up with local supercar agents and PI's who supported our idea to engage the community even more through this. It was wonderful the kind of reception the event had.

All in all, I think we've achieved the goals we set. Together with a tireless group of 15 members, we planned, organised, shot photos and videos of the events. All of this in our own time.

When did you start to fall in love with cars? 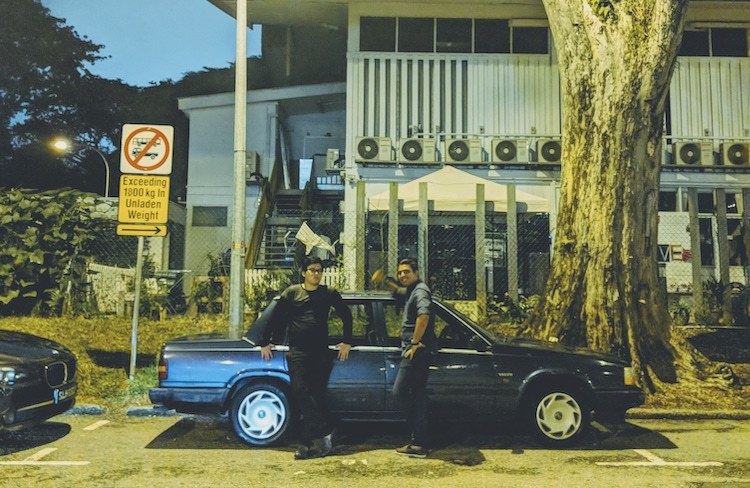 I was born with that love as my family would attest to. From stealing my neighbour’s car toys when I was a toddler, to proudly responding "Car Mechanic" to "What do you want to be when you grow up?".


Landing a job as a car journalist right out of university and finally buying my own car 3 years ago, the love of cars has always been burning strong since I was a kid, and that hasn't diminished a bit.

What is car spotting to you? What is the camera you are using to shoot your pictures? 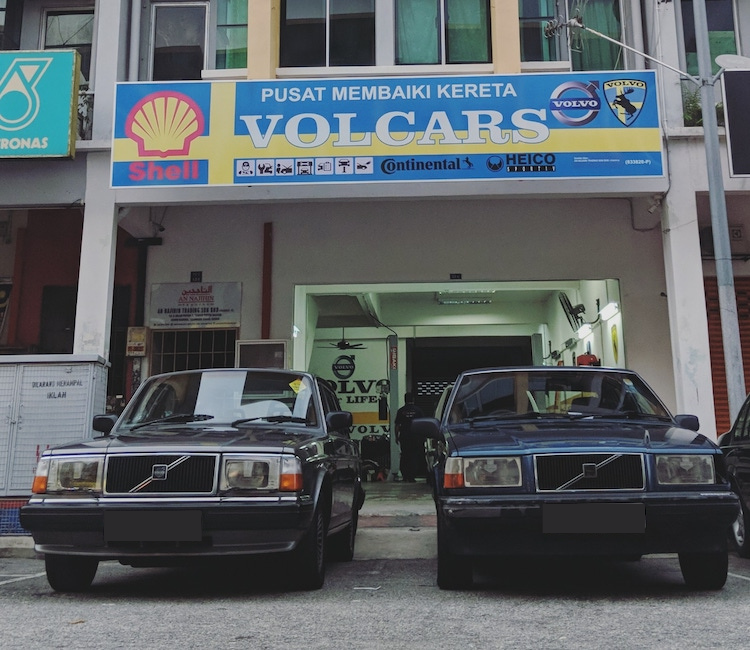 It's exactly what people are doing for food on Instagram these days. You see, appreciate, and then have an innate urge to take a picture and share it with your close friends or the community. It's a natural thing for petrolheads.

Back when I was car spotting, it was just my trusty Sony Ericsson K790 (I dare you to Google that) camera phone and I. I never had the opportunity to contact the owners of nice cars, etc., so there were always pictures of buses or walking around Orchard or near home. Nothing like the opportunities that we have today.

You have met Sam from @seenthroughglass, what were the takeaways you’ve learnt? 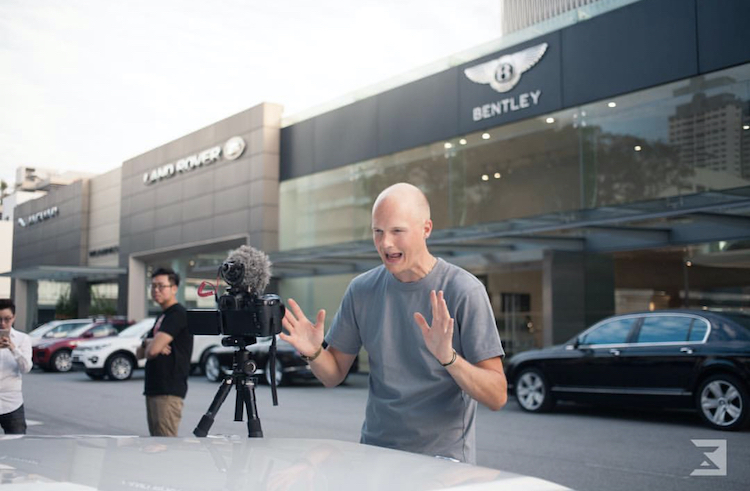 Within the group, we have about 15 members who are members of "The Crew" Some of them were responsible for contacting Sam and spending the day hanging out with him. Andre Aryanto, who was handling our IG page at that point, got some good insights from Sam.

They talked about a lot of things, including car culture, how car spotting has changed, but more importantly, how competitive it is to build, maintain, and then grow a social following. Think that inspired him to the world of SECS and beyond for sure. 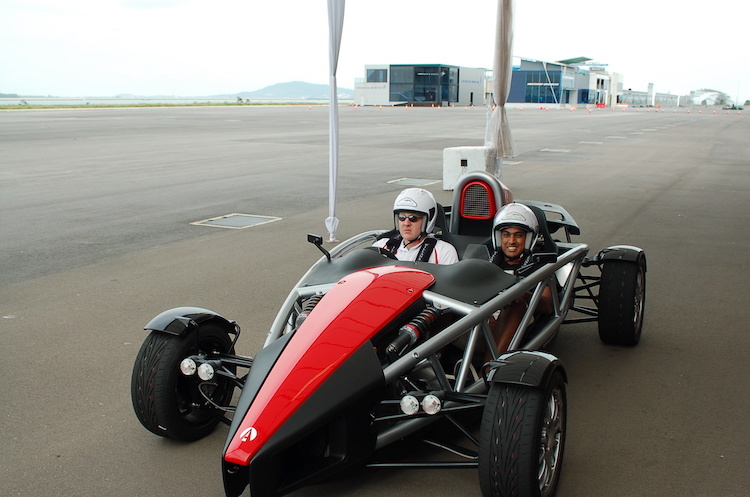 My personal fave. Not only was I a passenger when they had their trials in SG but I was flown up to KL to be a passenger to ex-F1 driver Alex Yoong taking me around Sepang in it. 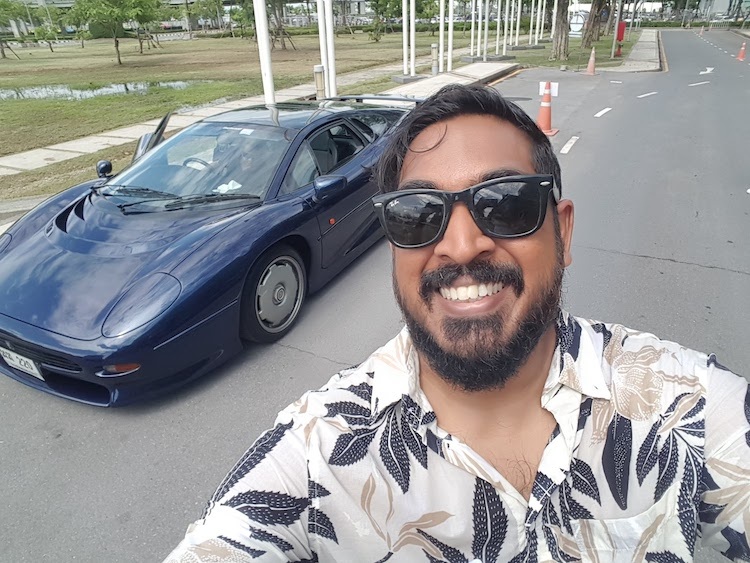 I travelled all the way to Bangkok to see this and the owner gave me a good run on the highway in her! 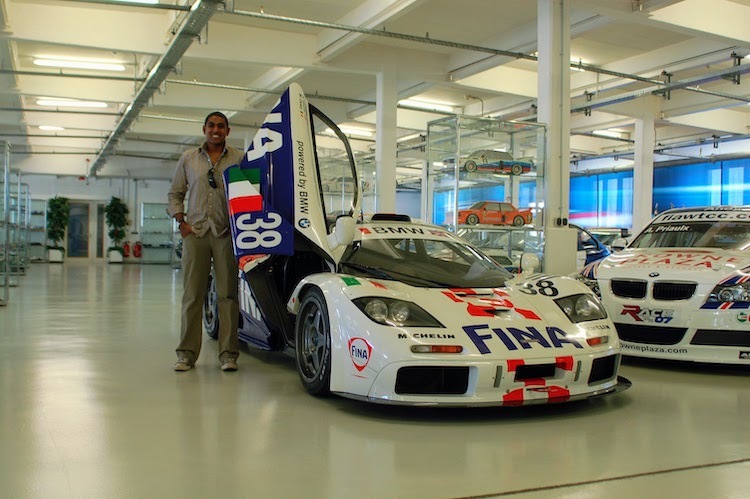 
When I was a journalist, I had the honour of being invited to BMW's secret museum where they house tons of gems not shown to the public. 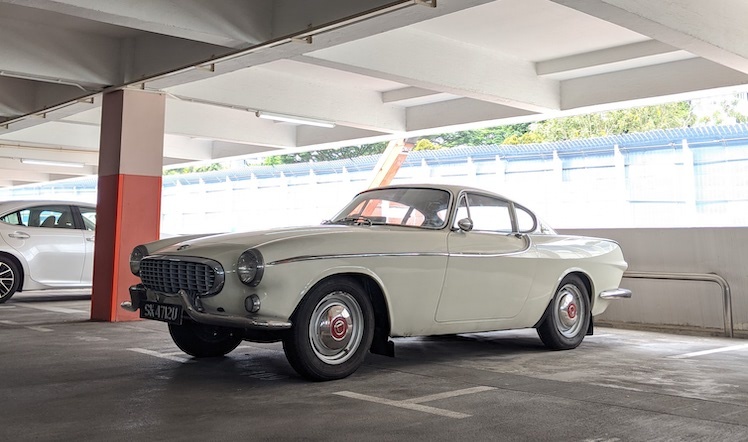 Was lucky enough to get into one that a friend bought!

This was parked up and in bad condition near my place for the longest time but I assume it's been restored. 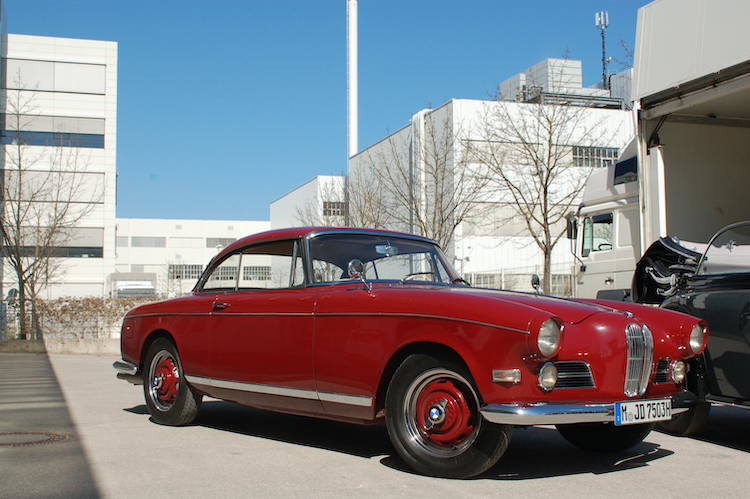 This opportunity came courtesy of BMW when I was in Munich. This was a museum piece that they allowed me to take out - managed to take her on a drive with a mechanic in tow just in case she broke down.

With the current Covid-19 situation, do you miss organising meetups for the community?

Massively. But with the creation of more car clubs and more events, I think the break will be good for some of us to think of new ways we can do these events and keep the same objective.


What are some of the challenges with coordinating a large group of people? 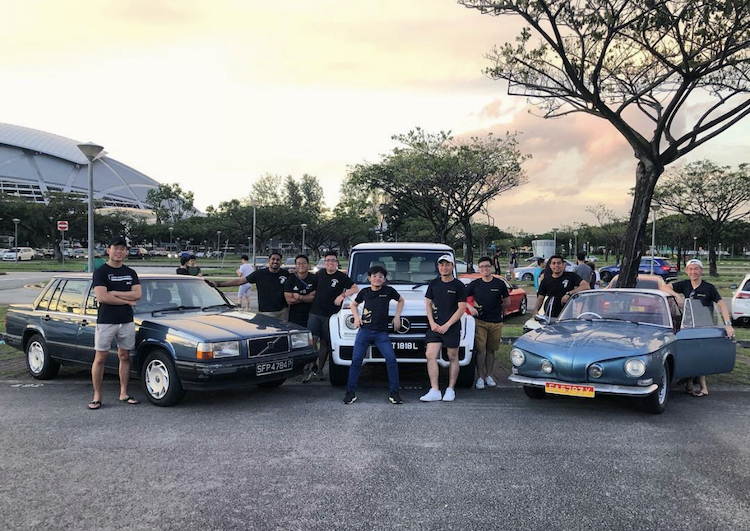 It would have been hell without the help of The Crew. They were all reliable and had the initiative to go the extra mile and see things through. SECS surely wouldn't be what it is today without them.

What was your favourite moment with #OfficialSECS? 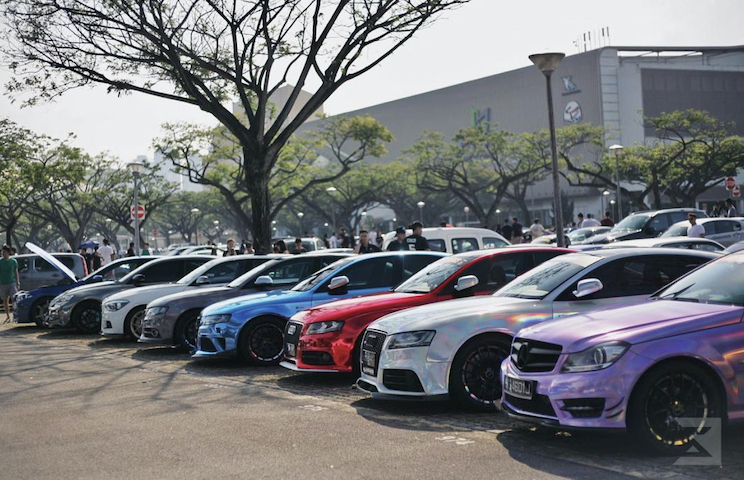 Being in the sweeper car of the last convoy, pulling into KLP Carpark for our 10th Anniversary event, getting out of the car and staring at the massive collection of cars and people and saying out loud, "What the f*** did we do?". Couldn't wipe that smile off my face for a few days after.

What car are you driving now and what’s the story behind it? 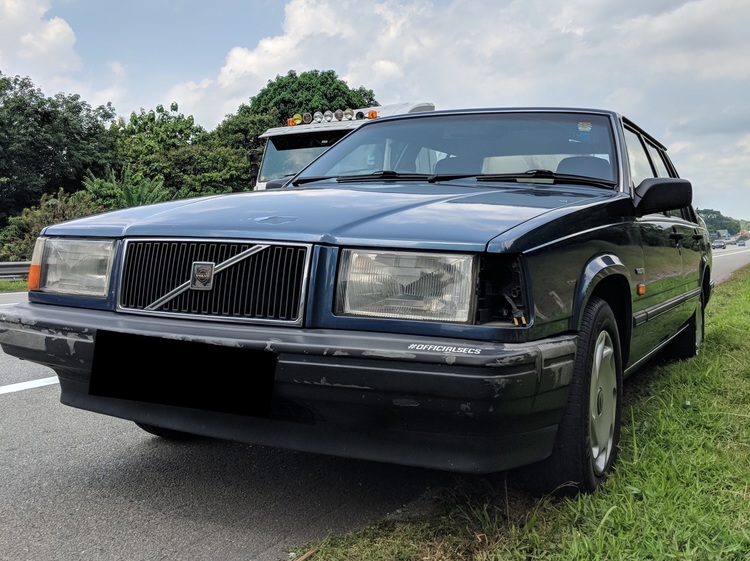 My Volvo 740GLE! She's amazing. She was registered in 1990 here and stayed with the same owner till 3 years ago when I bought her. I was looking for a practical car that made sense. While my heart truly wanted a Honda CRX, I knew that I really should look at a 4 door sedan.

I do not find most car designs in the last 10 years attractive so she had to be older. And most importantly, reliable. Volvo's, especially the 200 and 700 series were known as tanks. They were extremely hardy and never gave many problems. So a friend with the intention to max poison went down to view and test drive the car on my behalf. 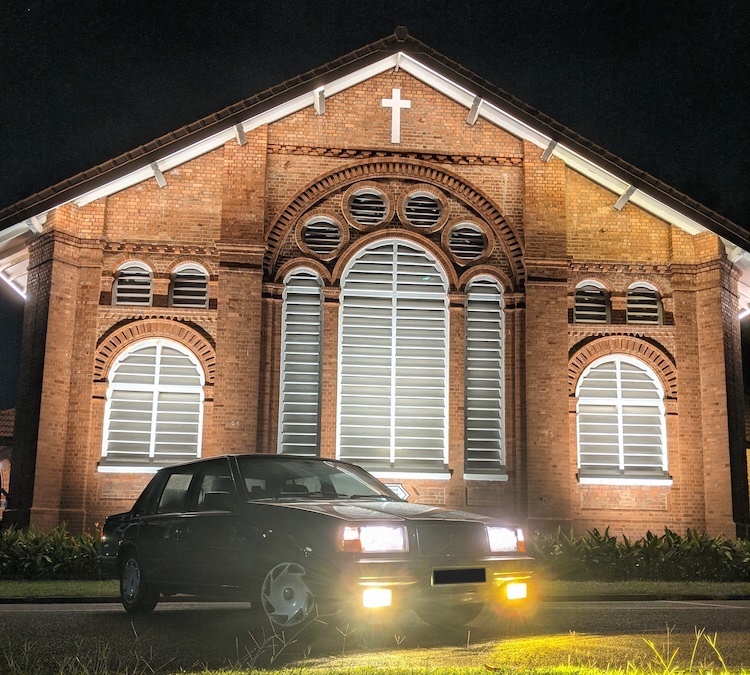 So I went down the next day during my lunchtime to drive her and was sold - agreed on a price, put a downpayment and collected her 3 days later. Since then we've done drives up north to as far as Selangor and Malacca, and once the gates open again, I'm bolting out of here for another road trip!

Honestly, the best part of owning her is that when I'm driving or at the traffic light or even parked up, I exclusively draw the attention of the older crowd who usually throw a thumbs up my way or even engage in conversation. It's the best thing.

What is your dream car and why? 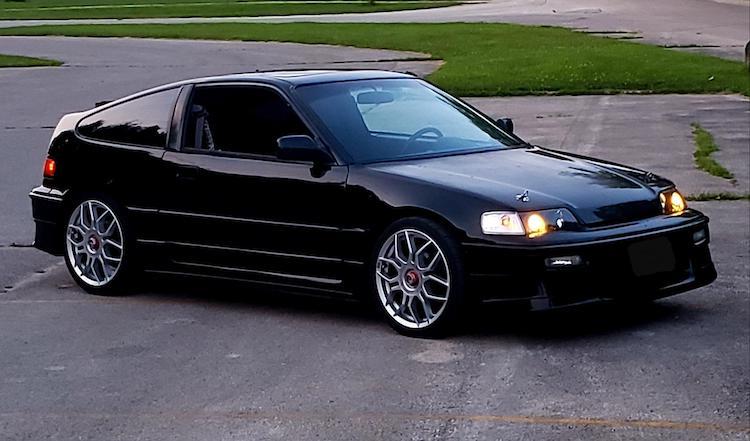 I've always loved the Honda CRX, and in my opinion, hit their peak in the late 80s with the 2nd generation. They just looked absolutely amazingly proportionate, sat low, was light and had a sorted chassis. I did have a chance to drive one but I refused to - I'll buy one in the future so I'll wait till then. If that fails, I'll look around for an EK, EG or an S2000, haha!

What are your thoughts on the car scene in Singapore and how would you like to see it improve moving forward?

The car scene, as small as it is here, is fragmented. That's both a good and bad thing.

Good because it keeps cars and enthusiasts respective of their niches. So classic owners hang with other classic owners and classic enthusiasts attend. But there's no inclusivity. #OfficialSECS started off as a group focusing on supercars but we've been working hard at being inclusive ourselves and I think that's the only way forward to keep our community strong and as one.

The goal here really needs to be about inspiring and engaging. Owners need to see themselves as role models at some point and give back to the community by inspiring the younger folk so they will do this in return. This will keep owners more responsible for their actions at meets as well. If we don't keep the cycle up, the community will always remain fragmented.

Read More: In The Passenger Seat: Adrianvanq, The Man Behind the Lens