Best Infotainment Systems for Cars in 2020 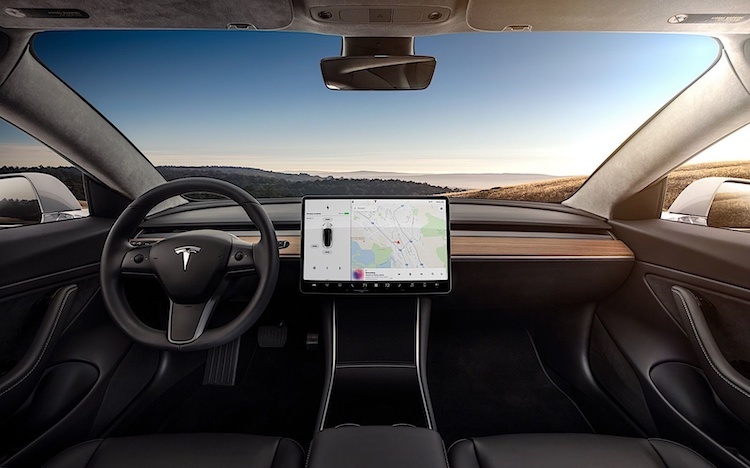 Infotainment is the umbrella term for information and entertainment of a car’s main technological interface. If you want a history lesson, the infotainment system was initially introduced in the mid-80s by Buick's brand in their Riveria luxury sedan. However, it became famous after the Japanese luxury car brand, Lexus, reintroduced the technology in the first-generation NX in 1999.

Fast forward to today, it has become a mainstay for most car brands with infotainment systems installed in everything from their economy to their luxury car models. Modern technology, such as advancement in user interfaces, display technology and computational power are why the current infotainment systems in most cars offer such a seamless user experience.

Infotainment systems welcome drivers and passengers as they step into the car with dynamic, bright visuals. It allows users to navigate destinations, control music, pick up calls, and with Apple Carplay and Android Auto, receive notifications and see them on the screen. As we said, many car brands have their own infotainment systems, but these are the brands we think have the best. 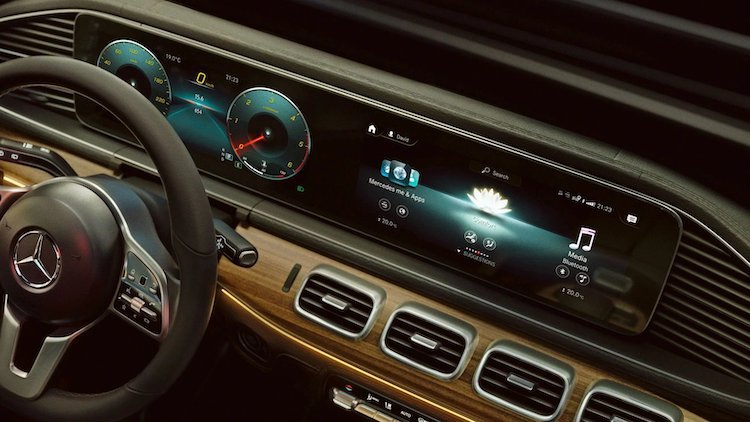 Mercedes-Benz is undeniably a luxury brand and it’s no surprise that its infotainment system would be one of the best in this list. Initially introduced in their A-Class line, the MBUX, short for Mercedes Benz User eXperience, has moved up the ladder and is now placed in the CLA, GLB, GLS other expensive models.

The user experience of the MBUX is impressive, offering a voice assistant like SIRI or Google Assistant, a pioneer to be used in an automotive application. It also supported with Apple Carplay and Android Auto and comes complete with a striking graphic display and interactive screen. 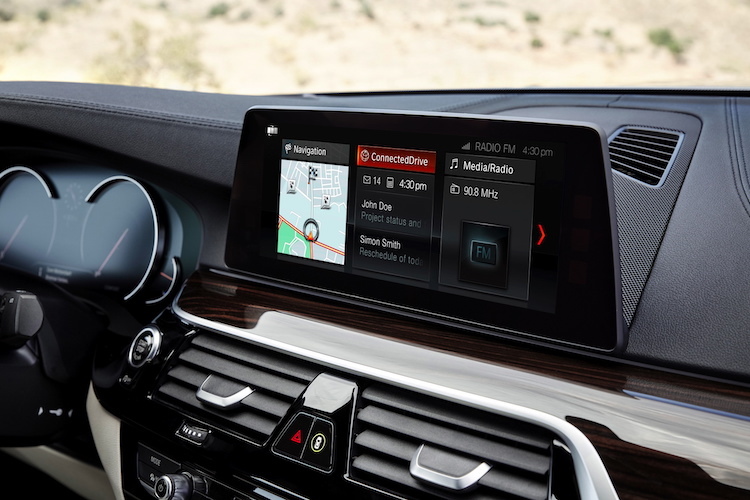 The next infotainment system on this list comes from another German giant, BMW. Infotainment systems were introduced into beemers as early as 2001 when launched in the seven series. Although it wasn’t appreciated then, it certainly is now. With better touch screens, fewer bugs and even click-wheel controllers helping the user experience more comfort and convenience.

What makes iDrive even cooler is that there’s an added gesture recognition feature allowing the driver to answer phone calls, adjust the sound volume or change various stations through simple movement. iDrive still comes with preset buttons despite the menu screen, offering another convenience to the user. Overall, it’s easy to understand why iDrive is a well-regarded infotainment system. 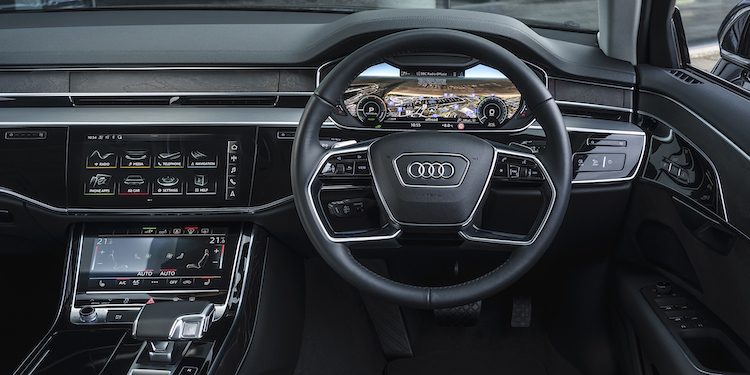 We promise this is the last German car brand on this list, but it deserves much recognition in keeping up with its other Bavarian rivals. The Audi MMI (Multi-Media Interface) is very well designed and simple to read while driving, especially when it comes to the graphics. Some even say it’s better than BMW’s iDrive in that respect.

Some models like the Audi A5 come with a laptop-style touchpad to access and navigate the system’s menu and write down addresses using your index finger. This might come as an inconvenience to right-handed drivers, but contrast to popular belief, the touchpad is still good at recognising the written letters even if it is distorted.

Like the A8 and Q8, Audi’s latest models are fitted with dual touchscreen systems now, a second screen that comes under the MMI screen. It uses haptic feedback to allow users to know that they have clicked an icon through a clicking sensation—surprising many users that thought it might not have been a suitable replacement for regular knobs. 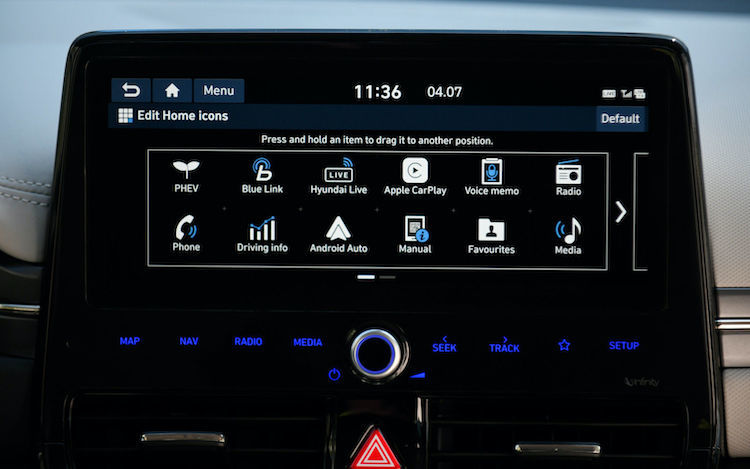 We move from Europe back to Asia with Hyundai’s Bluelink. A no-frills, simple infotainment system that is not overly complex, making it an excellent plus point. In the latest 2020 Hyundai Avante, the screen is just the right size with very speedy processors, a straightforward menu layout and a sufficient amount of controls. 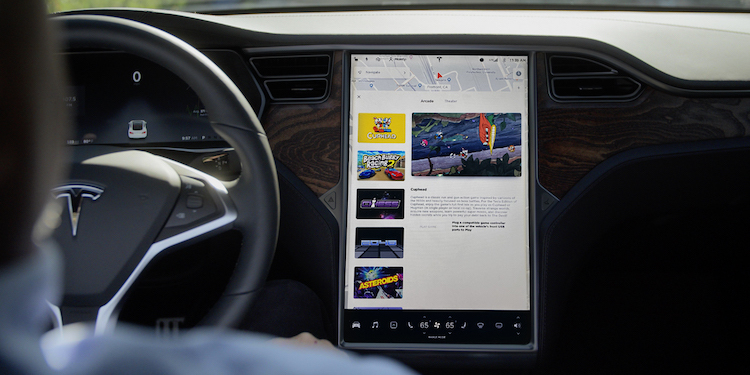 We don’t see that many Teslas on the roads in Singapore now, but hopefully, this will change in the coming years. But for the time being, we have to give a shoutout to Tesla’s infotainment system. It’s overkill for a car, it comes with a 17-inch screen, and for what? Tesla truly appeals to the tech nerds with its screen being used for everything. Along with the over-the-air software updates that have given Tesla users video games and new features. It shows why the company from Silicon Valley is such a hit among its customers. With any luck, it won’t be long till Singapore normalises Teslas.

To wrap up, no one brand can claim to have the best infotainment system. They’re not flawless yet, and it’ll be cool to see how each brand adds new features into their infotainment in the coming years with how rapidly technology is advancing. Artificial Intelligence and Augmented Reality may even play more advanced roles in this development. But brands need to find the balance between sick features and still allowing drivers to focus and keep their eyes and hands on the roads due to safety.

Like our picks? Let us know what car brand’s infotainment system is your favourite in the comments below!