Inconsiderate Drivers of the Week: Episode 61 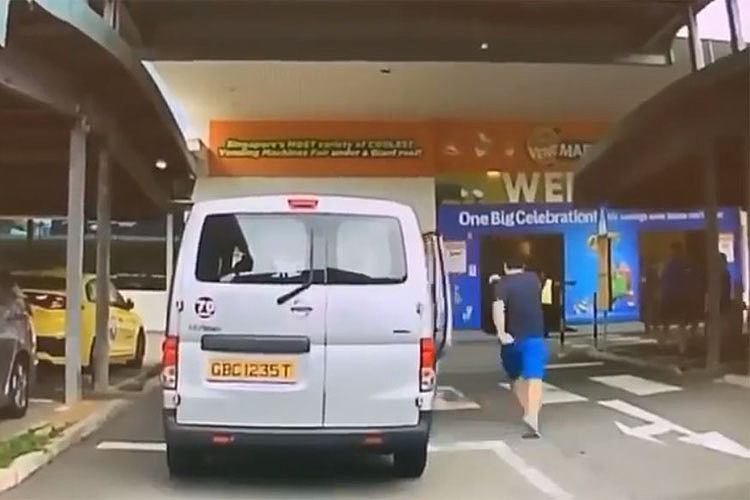 In this episode of Inconsiderate Drivers of the Week, we feature distracted drivers and two drivers who thought they were in a movie.

1. Three People Ride on a Motorcycle


As mentioned in many other episodes of Inconsiderate Drivers, riding on a motorcycle is already super risky, but riding with a pillion is riskier. What about with a child?

The video above shows a couple on the bike, with their child sandwiched in between them. The child is wearing yellow, for those who didn’t notice. Not only is this a super rash act, but it endangers the child. Did you know pillions have to be at least 10 years of age? This child looks younger than that!

2. Nissan vs Hyundai in a High-Speed Chase


Road rage claims another driver! Or two, in this case.

According to the description of this video on Facebook, the driver of the Nissan van wasn’t able to stop in time and overshot the stop line. This upset the Hyundai driver behind him. As a result, the Hyundai honked and overtook the Nissan, which really triggered the driver’s bad side.

The two vehicles then began chasing each other, both trying to overtake. At some point, you can see the exhaust coming from the Nissan is super thick and black, which is a sign that the driver was overworking his vehicle, just for the sake of the chase.

In the end, both vehicles drove into Giant, when the Nissan driver exited his vehicle and pushed the Hyundai out of anger. This kind of reckless behaviour really endangers other motorists, so lets all do our best to not let road rage consume us.


It’s a good practice for drivers to stop their cars at the side of the road when there’s something wrong, so they don’t cause a traffic jam in the middle of the road. That’s what a Mazda driver did in this case.

The video above shows a red car slowing down as it approaches the stationary Mazda, which had its hazard lights switched on. The red car then signals to switch to the next lane. As it’s turning out, a white car comes by, barely missing a collision.

However, a lorry didn’t have the same quick reflexes and ends up crashing against the red car, skidding against the white car in the process. We really hope that everyone is okay.

4. Audi Switches Lanes Without Checking, Gets Horned and Turns Back


Sometimes when a driver wants to cut into a lane, they just do it. Regardless if you honk or swear at them, the driver still switches lanes and drives on their merry way.

In this video, a black Audi tries to do this. He suddenly turns out to the next lane, wanting to cut off the camera car. In a panic, the camcar honks at the Audi, who then turns back into his original lane. We don’t see that happening very often!


5. Two Cars Want to Switch Lanes at the Same Time, One Gets Rear-Ended


If you want to switch lanes, please signal! Not signalling causes so many collisions that could’ve been prevented easily! That’s why drivers must always be alert when driving and look out for drivers who randomly switch lanes.

The video shows a black car and a white car on either side of the camcar. Both the neutral-coloured cars attempt to switch into the lane in front of the camcar, with the black car signalling, but the white car wasn’t.

The camcar driver didn’t notice both cars trying to switch and couldn’t stop in time, crashing into the black car who was halfway into the lane.