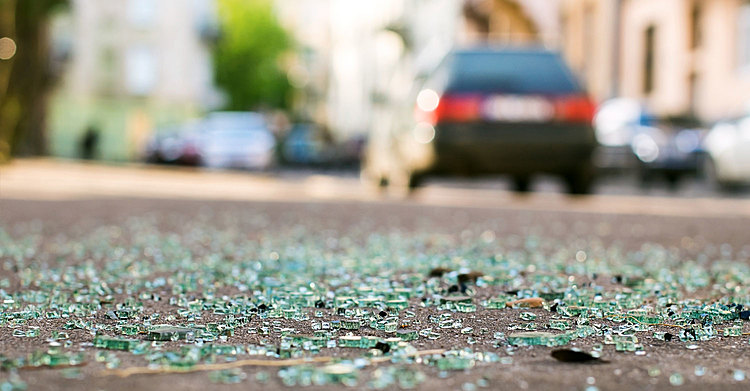 Motorist launches the mWitness campaign to encourage the culture of video sharing to dissuade drivers from fleeing from scene of accident.

SINGAPORE, November 2019 – Motorist, Singapore’s leading automotive platform, today announced the official launch of their mWitness campaign. This comes on the back of the launch of Drivers Connect, Singapore’s first car plate to car plate chat function, aimed at identifying alternative ways to stop or report an accident. Motorist ultimately aims to reduce the number of hit-and-run incidents by empowering the public to inform and share video evidence of such incidents.

Although accidents represented less than 1% (0.82%) of the motor vehicle population in 2017, the latest statistics from the Singapore Police Force have revealed an increase in the number of drink-driving accidents and motorists running red lights. Such incidents are often seen making the rounds on social sites—especially as victims of hit-and-run accidents resulting frm these illegal acts resort to social media as they appeal for any evidence.

Motorist wants to simplify this process with the launch of mWitness campaign.

Relying on the latest feature recently added to the Motorist App, Drivers Connect, Motorist wants to provide both witnesses and victims with an instant and convenient way to share video evidence with each other. This feature is especially useful in cases where the driver is not present—as witnesses now have a simple and direct way of reaching hit-and-run victims, without having to wait for the driver to come back or rely on placing a note on the windscreen. Similarly, users in need of evidence can also submit witness requests through the Motorist App. Once a request has been put up, subscribers of mWitness will be notified and can choose to assist the user by sending their video evidence through Drivers Connect. 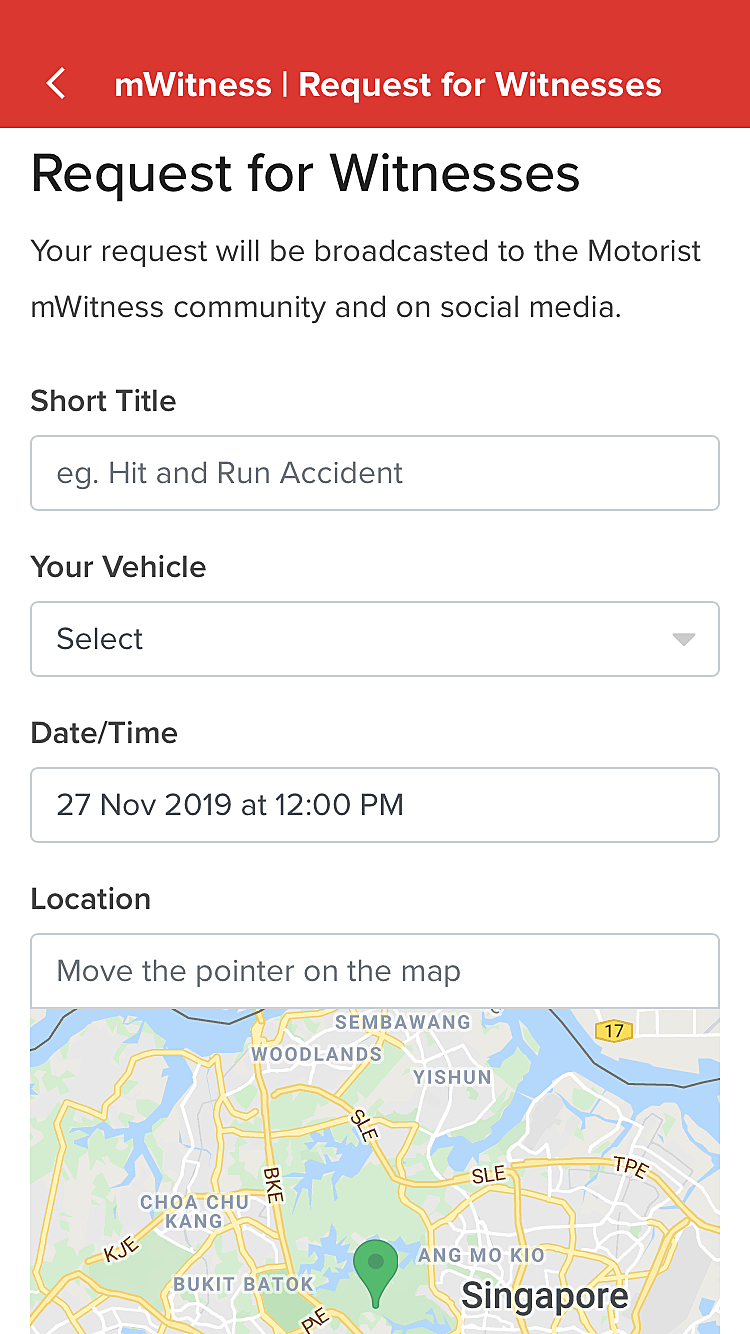 "While the number of hit-and-run accidents have declined over the past few years, we still often see cases (especially on social media) of hit-and-run victims appealing for witnesses," said Damian Sia, CEO and Founder, Motorist. "As part of our broader goal to create safer roads by promoting smarter communication amongst drivers, we’re confident that the launch of this mWitness campaign will help witnesses reach out to affected parties, and solve more hit-and-run cases."

To encourage initial adoption for the campaign, Motorist will be offering S$250 worth of petrol vouchers weekly to users who submit video evidence of car-related accidents on the Motorist App, or Motorist website. Five submissions will be selected randomly at the end of each week, with each of the users whose submissions were selected winning S$50 each. 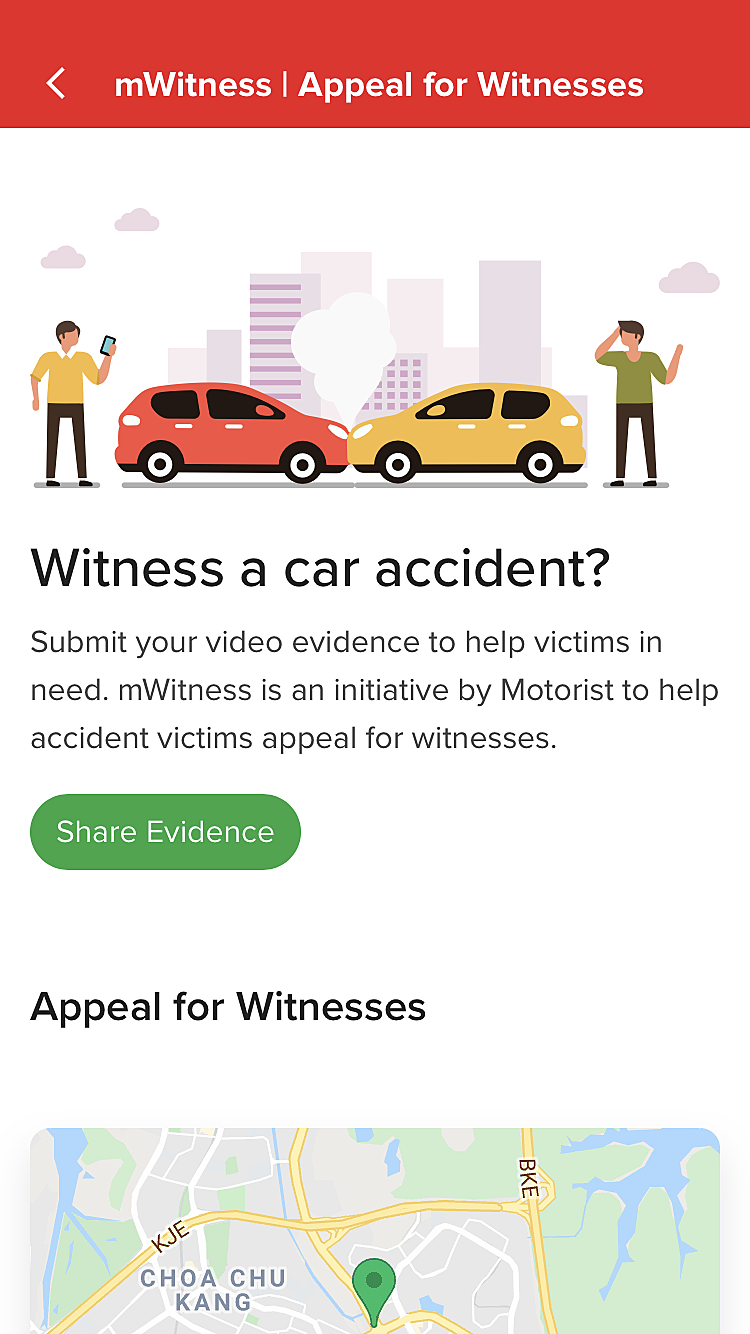 "Witness statements and in-car cameras play an important role in helping protect drivers, and having various perspectives from others around you will help provide a more objective assessment of the incident," continued Damian. "Additionally, we hope that by encouraging this culture of video evidence sharing, it will also serve as a deterrent and make drivers think twice from fleeing after an accident, and in turn, reduce the number of unsolved hit-and-run cases."

In January earlier this year, the company successfully raised its first angel round from JobsCentral’s co-founders Der Shing Lim and Shao-Ning Huang, and Zopim’s co-founder Royston Tay. The funds will be used to expand the company’s operations in Thailand during the third quarter of 2019. Motorist currently has offices in Singapore, Malaysia, and Vietnam.