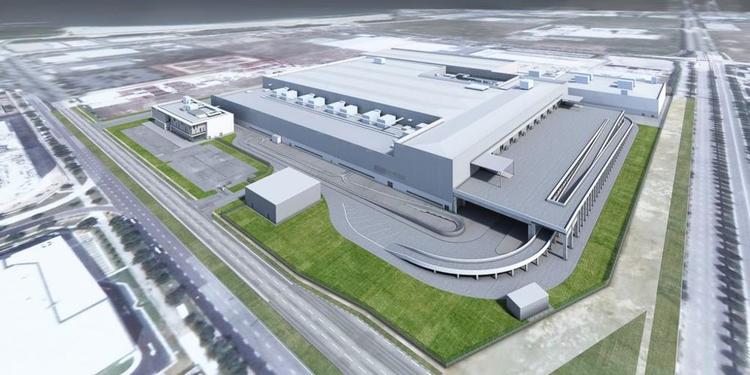 In a statement on Tuesday (23 Oct), the privately-owned company Dyson said its factory in Singapore will be completed by 2020. It also plans to roll its first electric vehicle (EV) off the production line by 2021. All of this is part of the company’s two billion-pound (S$3.6 billion) investment plan to expand into cars.

Dyson choosing Singapore comes hot on the heels of Tesla’s plans to build a factory in China to manufacture EVs. The Dyson automobile factory would be making EVs in a country that currently doesn’t have a single car-manufacturing plant. Not only that, Singapore is also one of the most expensive countries in the world to buy a car.

But the decision is good news for Singapore, which already has a strong manufacturing presence. It is a major manufacturing hub with companies like Rolls-Royce making world-class aircraft engines here.

In a Facebook post, Prime Minister Lee Hsien Loong said that “(Singapore’s) expertise in advanced manufacturing, global and regional connectivity, and the quality of our research scientists and engineers, all influenced Dyson’s decision”.

He added that in our history, “Singapore used to assemble cars until the 1980s. Now we will manufacture cars again, except this time greener, better, and more high-tech!”

Dyson is just one contender among many others entering the race to make EVs. Currently, EVs are gaining in market shares with many consumers turning away from gasoline-powered vehicles.

Besides Dyson’s biggest rival, Tesla, the former has to compete with big car manufacturers like Daimler AG, General Motors Co. and Volkswagen AG. All of which are moving forward with EV plans.

Singapore itself may be a small market with less than 6 million people, but it already is a technology giant with strong intellectual property protections. Dyson already has a factory in Singapore making digital motors, where it employs around 1,100 people.

Responding to media queries, Kiern Kumar, assistant managing director at the Economic Development Board (EDB), said the EDB have “enjoyed a strong partnership for over a decade” with Dyson.

“We are excited that Dyson has selected Singapore to manufacture their electric vehicles, which is testament to Singapore’s deep base of talent, technology capabilities and leading infrastructure,” said Mr Kumar.

He added that “advancements in technology have made it possible” for cars to be manufactured in Singapore again.

Mr Kumar said, “we look forward to working closely with Dyson to build a strong supplier ecosystem in Singapore and Asia, to build new capabilities to support this new growth segment.”

He also reiterated that Dyson’s investment will create “good job opportunities” in Singapore, in terms of advance manufacturing and technology research and development.

According to a forecast by Bloomberg NEF, China will still remain the top EV market at least until 2040. The report added that by that time, more than half of all new car sales and a third of cars on earth, which would be 559 million automobiles, will be electric.

In a note to his staff, Dyson Chief Executive Officer Jim Rowan said, “the decision of where to make our car is complex, based on supply chains, access to markets”. He added that “the availability of the expertise” will help the company achieve its ambitions.

Dyson revealed that while looking for the ideal location, they considered building its plant in the United Kingdom and various Asian countries, including Malaysia. Dyson also said that they will build the factory itself, instead of subcontracting it out to other construction companies.

What remains a mystery though, is what type of EVs Dyson will produce. Its test facility in England is currently under construction, which includes a now 400-strong team, a handling and off-road track.

Dyson’s decision to build a car manufacturing factory in Singapore will be the island-state’s first in decades. Back in 1941, Ford Motor established Singapore’s first ever car-assembly plant. It was the first of its kind in South-east Asia, and the factory closed down in 1980.

Read more: Electric Air Taxis Are About to Be Tested Here in Singapore Affandy
and this also means more job opportunities i hope! ?
Like Reply