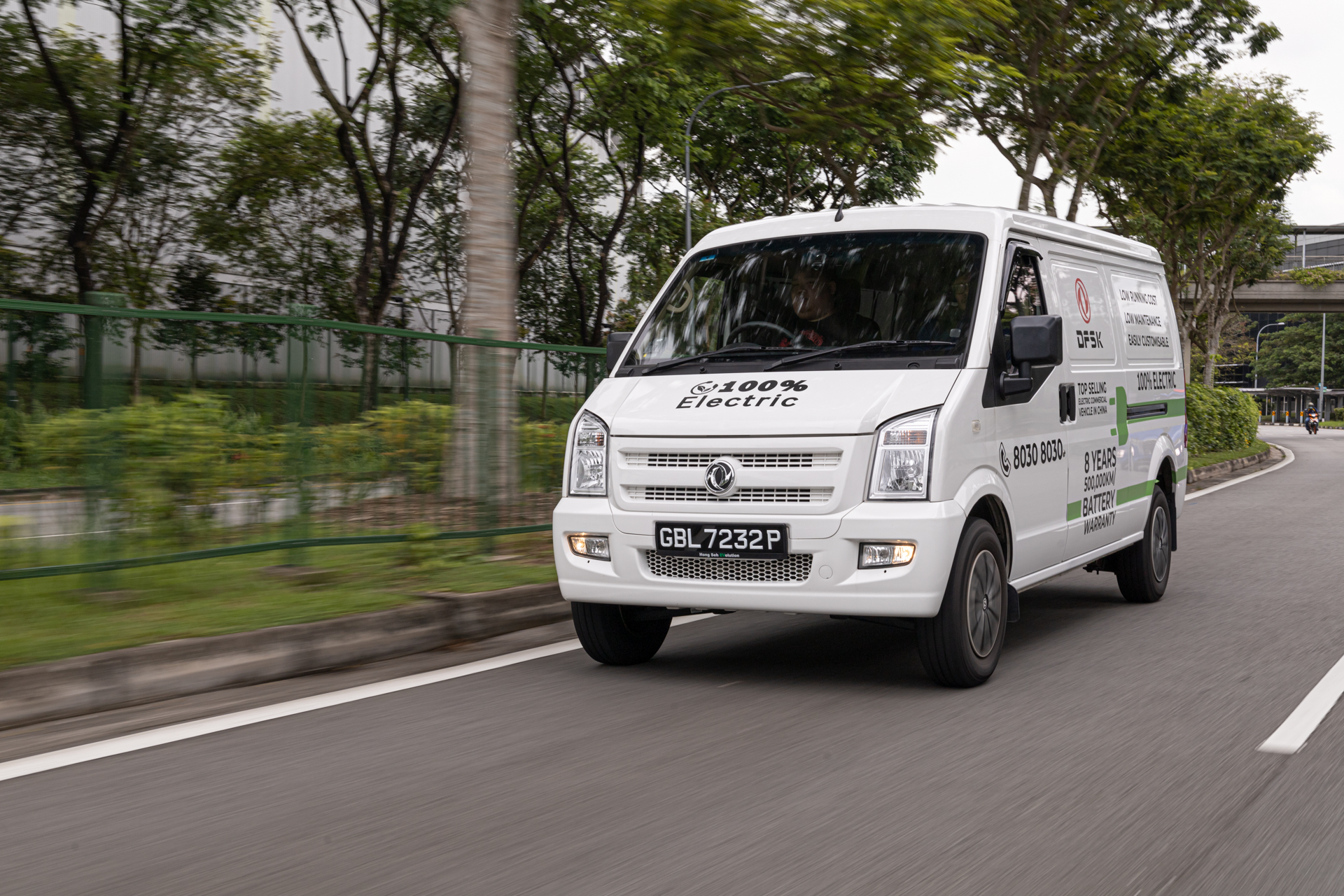 Being the third Chinese commercial vehicle that we’ve reviewed, expectations weren’t exactly high. But as it turns out, surprises come when you least expect it.

Admittedly, with this vehicle being known simply as the DFSK EC35, it is already much less of a mouthful to begin with (and way easier to say in a single breath).

With a short name, are there also shortcomings? I’m not going to sugarcoat it, we went in predicting disappointment and to be bounced around like a pinball in a vehicle that lacked refinement and build quality. But at the end of it, we came away somewhat astounded.

DFSK, or Dongfeng Sokon Automobile, is a Chinese manufacturer that started operations in 2003, with their products ranging from commercial vehicles to passenger cars. 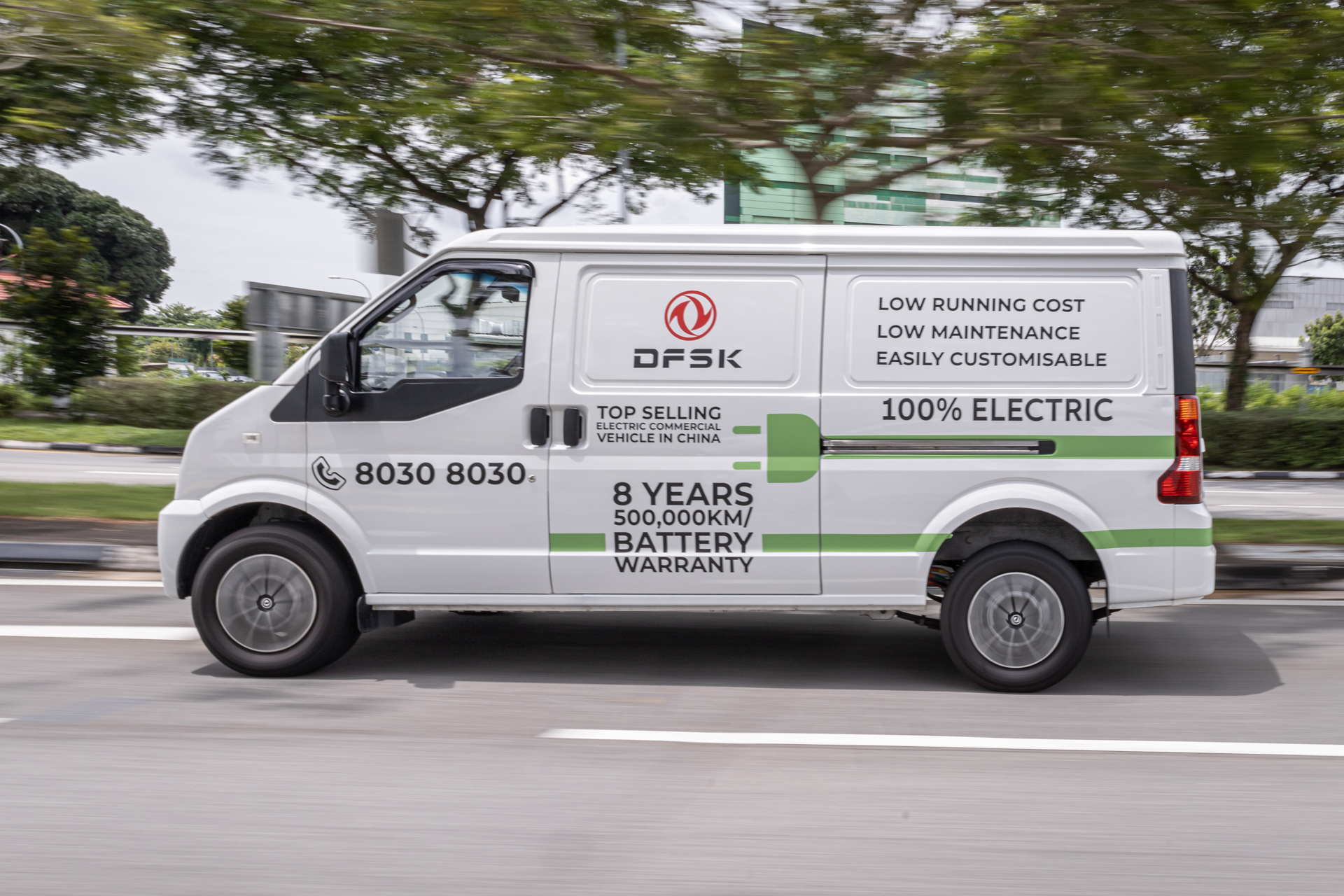 Having only entered the Singapore market in September 2021, you could be forgiven for not knowing about the existence of DFSK to begin with. But what you should know is that they are one of the highest selling, if not the best selling commercial vehicle manufacturers in China.

So What’s It All About?

As it is, this is an honest-to-goodness cargo van, no fancy tricks or fluff. With 4.8 m³ of cargo space at the back, together with its rectangular dimensions, loading this van full of cargo would be a walk in the park. 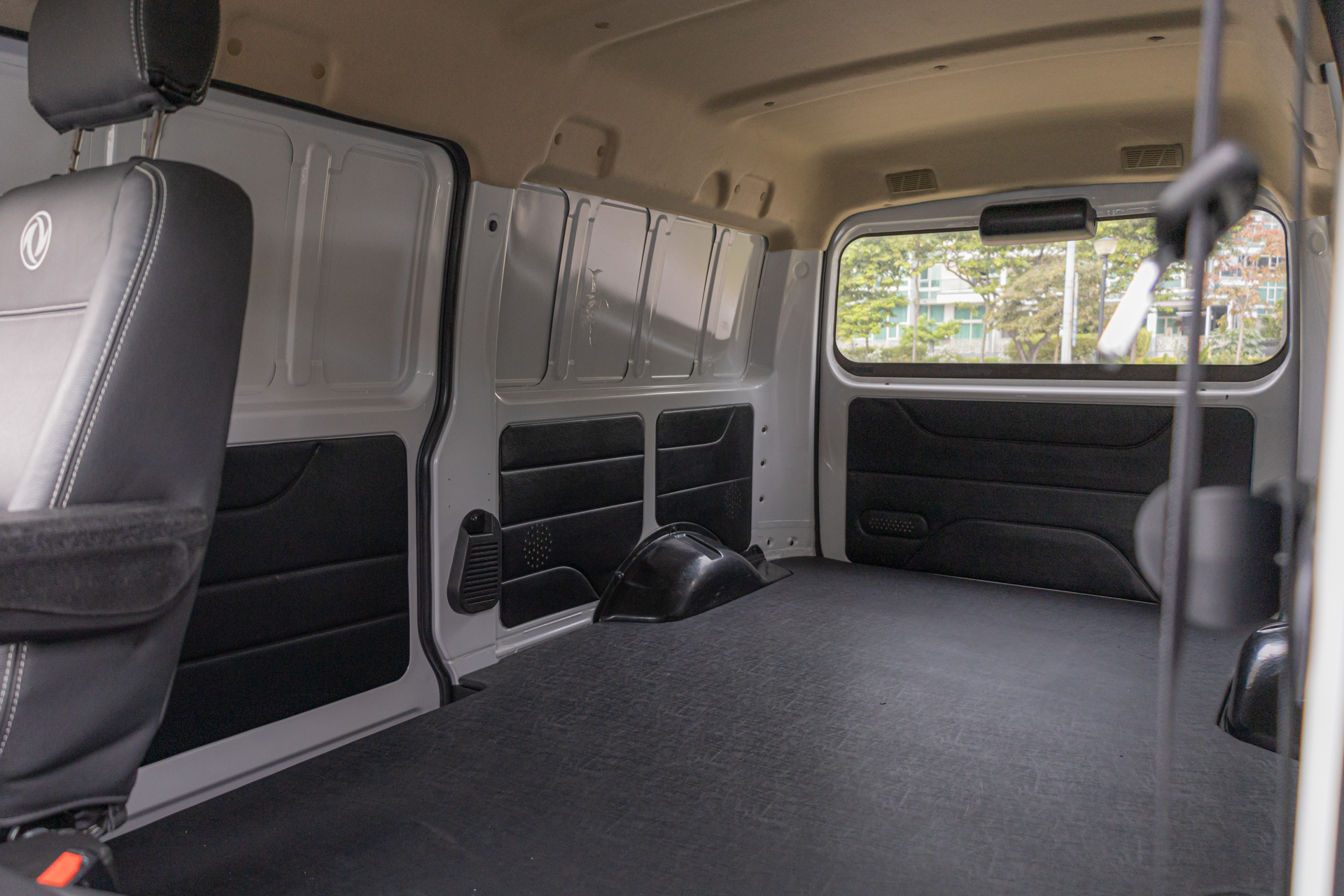 As part of our rigorous real-world testing regimen, the Motorist team likes to replicate activities consumers actually do with their vans, one of those being a picnic. We managed to fit six guys in the back, with ample space for everyone and their food, with room to perhaps squeeze in two more. And in air-conditioned comfort to boot.

Is It Any Good To Drive?

With a single electric motor producing 80 horsepower and 200 Nm of torque, power is drawn from a 38.7 kWh battery. Weighing just 1.5 tons, it is more spritely than you might think, and pulling away from traffic lights or that lane hogging taxi did make for some quick thrills. 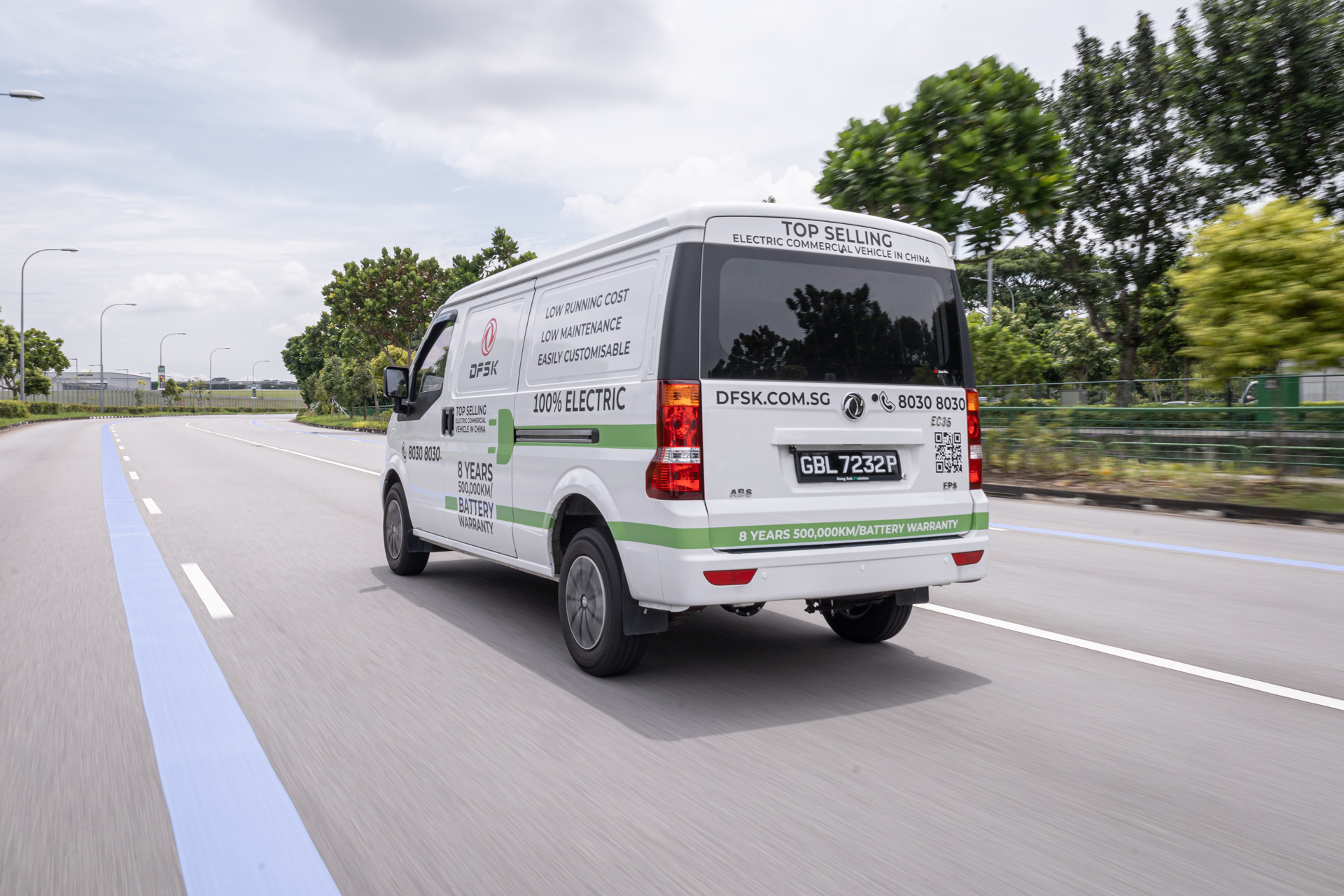 It helps that throttle response was pretty instantaneous, which was especially useful when overtaking. However, with an (alleged) top speed of 93 km/h, timing when to overtake on the expressway was necessary so as to not obstruct other vehicles.

While the range is quoted as 250 km, we achieved about 230 km on a single charge, which isn’t too far off the factory figure. Of course, this would depend on external factors like traffic, the weight of cargo carried, and overall driving style. 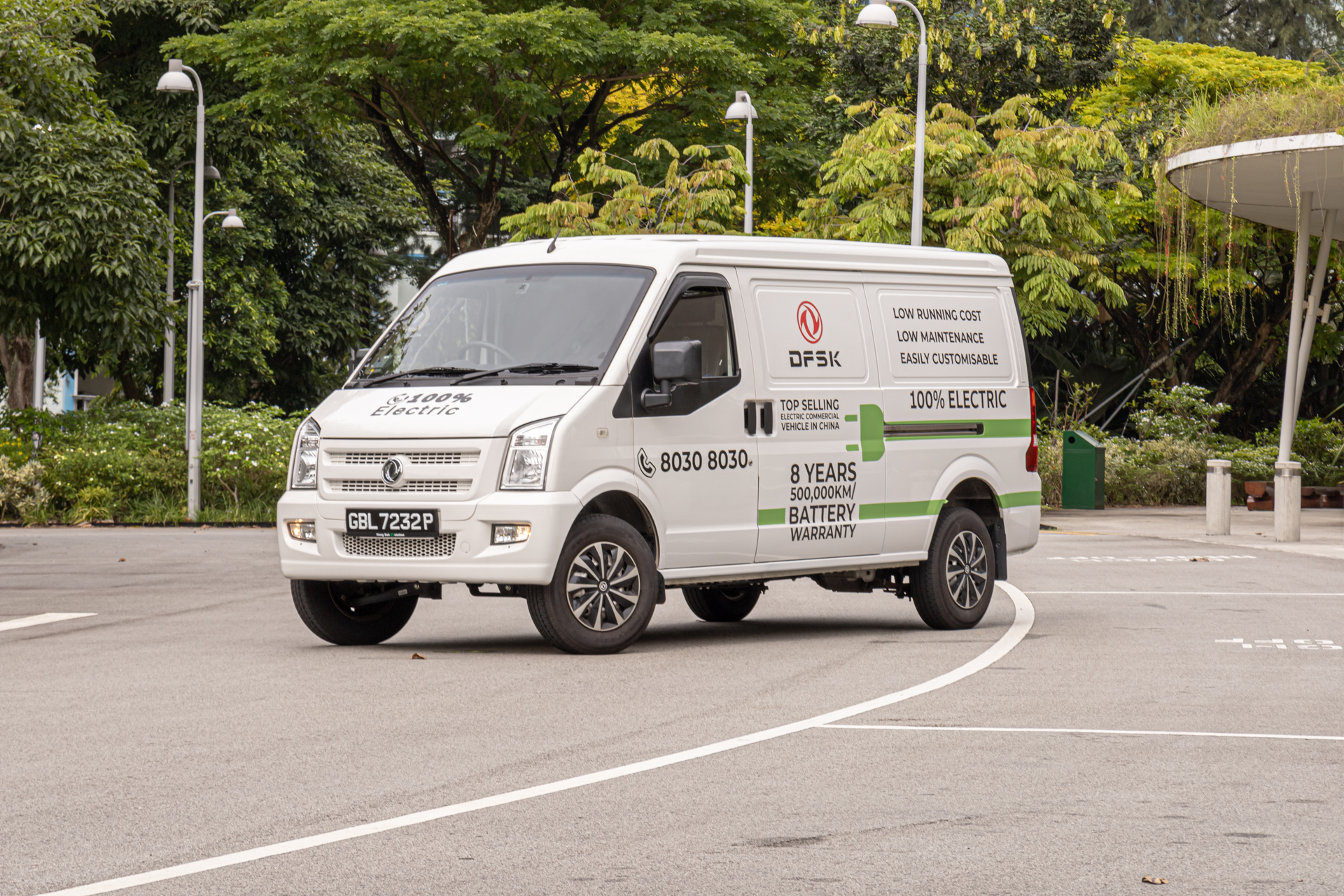 With a maximum DC charging rate of 40 kW, recharging the battery from near empty takes one hour. With AC charging, the maximum charging rate is only 6.6 kW, so a full recharge from a near empty battery would take six hours.

As a commercial vehicle, the ride was stiff, but it wasn’t uncomfortable. Save for the worst road imperfections, ride quality was fairly acceptable, bearable even, for daily use. And with a turning radius of just 5.5 metres, making tight U-turns couldn’t have been easier.

Is The Cabin Any Good?

If you’ve not seen what we said about the interior of the other two Chinese vans, here’s a summary; they are extremely utilitarian and not built for comfort. “But they are commercial vehicles, isn’t that normal?”, I can hear you say. Well, yes, but let me explain myself. 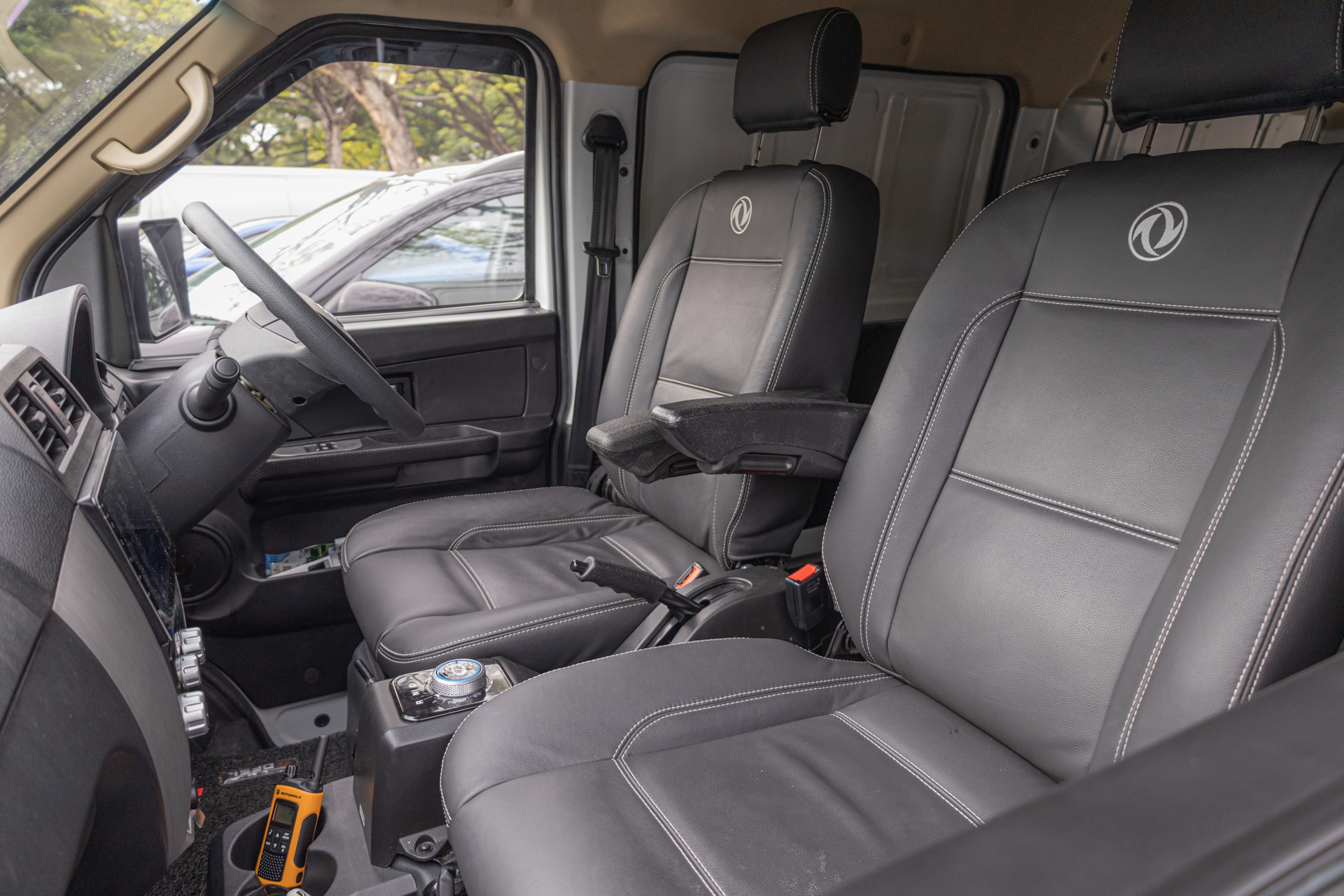 While the underside of the dashboard is exposed, and the wiring harnesses can be seen, that’s about all the complaints I have of the cabin. The seats were upholstered in black vinyl, and there is an armrest each for the driver and passenger.

In-vehicle entertainment is provided by a decently sized Android head unit with Android Auto and Bluetooth connectivity. Fun fact, the speakers actually sounded better than some other cars we’ve tested. 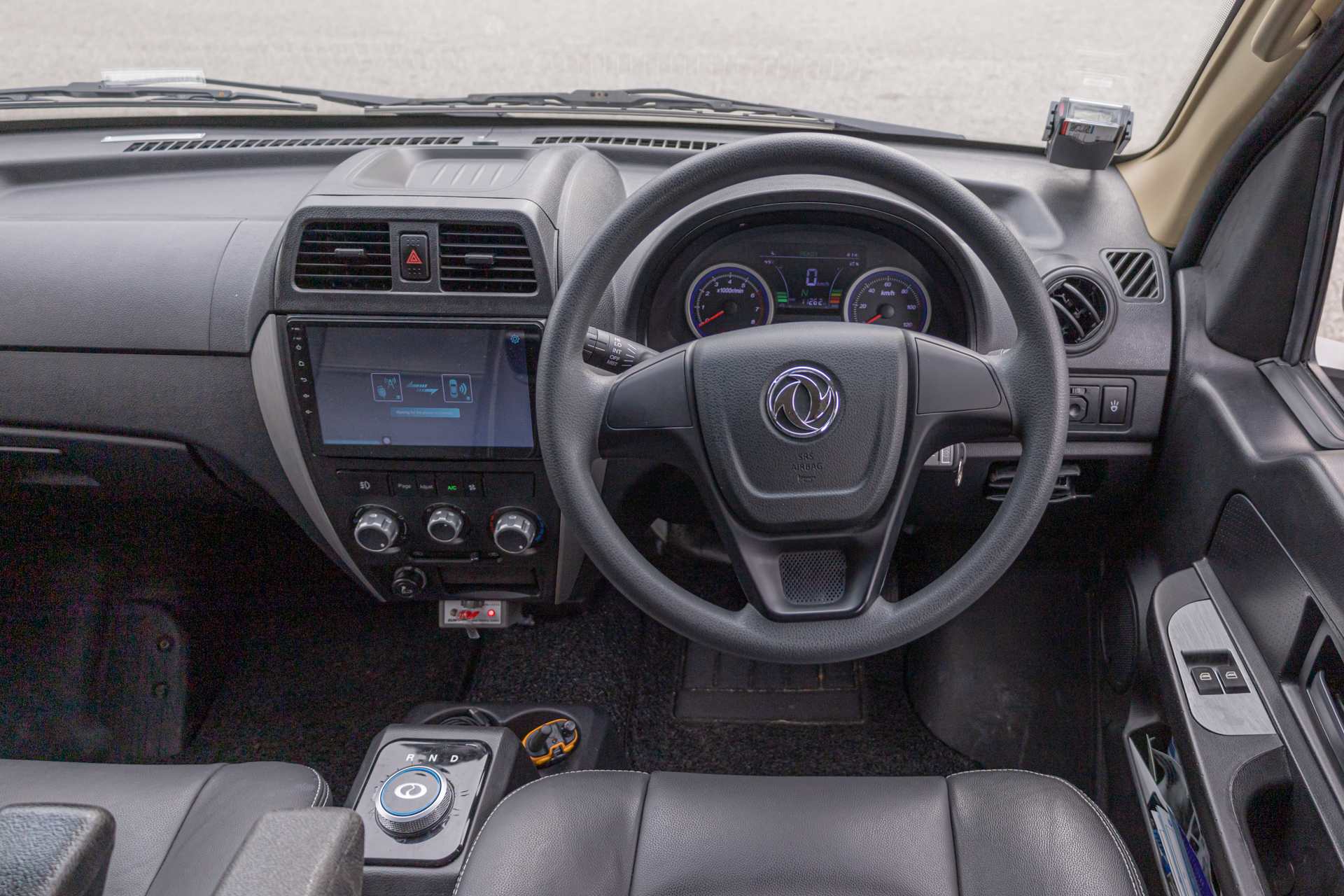 The rear compartment comes with a plywood cutout covered in thick vinyl, laid over the van’s metal floor. Not only does this make sitting in the back more comfortable, it also dampens the noise from the rear mounted electric motors.

It is small touches like this that make a world of difference. Commercial vehicles are mostly devoid of creature comforts, and aren’t a pleasant place to spend long hours in. The addition of the armrests, vinyl seats and head unit actually elevate the EC35 from a mere work tool to something that is actually liveable and usable on a daily basis.

We went in with low expectations, thinking that the EC35 was going to be another commercial vehicle that would be uncomfortable and dull. Granted, having to recharge it frequently would definitely take some getting used to, but limited range is an issue that other electric commercial vehicles face too. 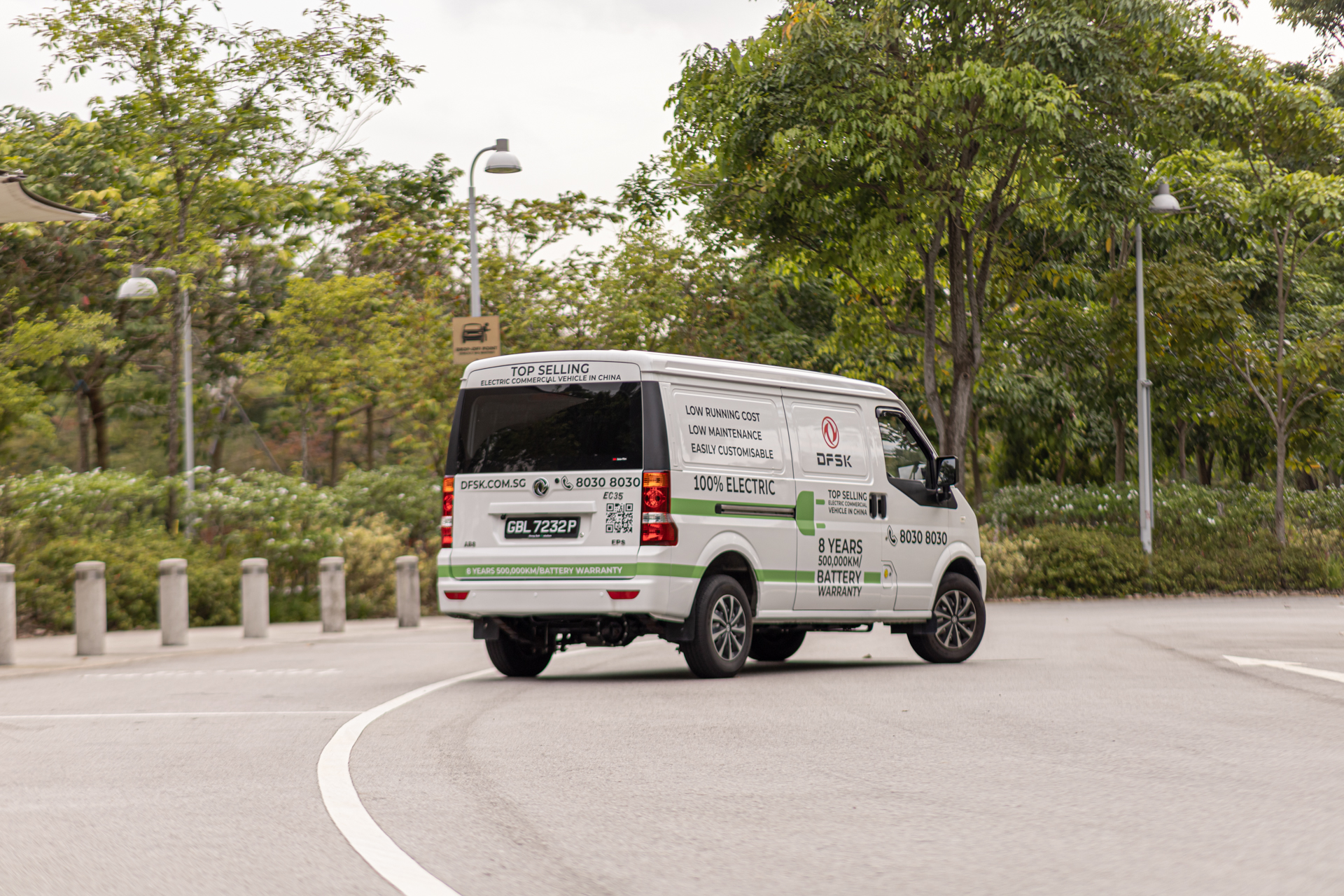 The EC35 is more than the sum of its parts. Initial impressions from the exterior don’t give you much, if any, clues about what it will be like, but get in, drive it, and you’ll see how much of a difference the small touches make to the overall picture.

Notwithstanding, overall operating costs should be lower too, given how the cost of recharging is lower than the price of fuel. And with fewer moving parts, there are less things mechanically to go wrong, too.

The question is, is your business game enough to undertake the experience of an affordable electric future? Only time will tell.