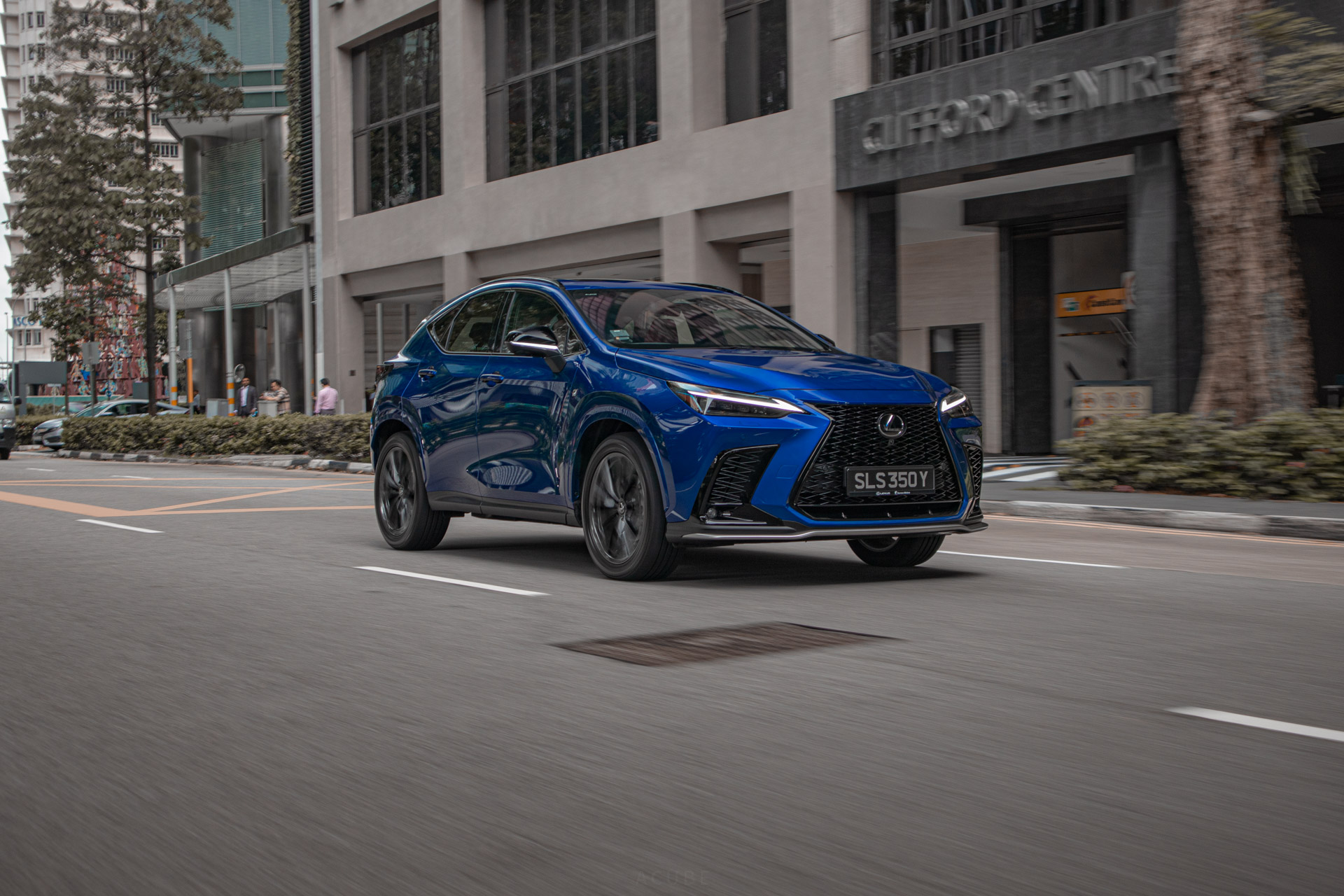 The Lexus NX can be had with a choice of different, electrified powertrains - this includes their first-ever Plug-In Hybrid. But what if you like your car unsullied by a hybrid drivetrain?

This all-new, second generation NX is the middle child in Lexus' SUV portfolio, flanked by the smaller UX and the larger RX. The NX350 F-Sport test car, as featured, is the only variant in the line-up that does not have a hybridised powertrain. So electricity non-fans have this to opt for. But should they?

If that question was based purely on looks then in my opinion, it’s an easy yes. In my eyes, the NX is a handsome car, muscular yet elegant. Up front, the NX’s giant schnozz is actually functional, all that grille space allows for added airflow to the radiator and therefore improved cooling. On this new NX, the chrome grille has also been replaced by a black one to reduce weight and “to better express the NX’s proportions”, to quote Lexus. 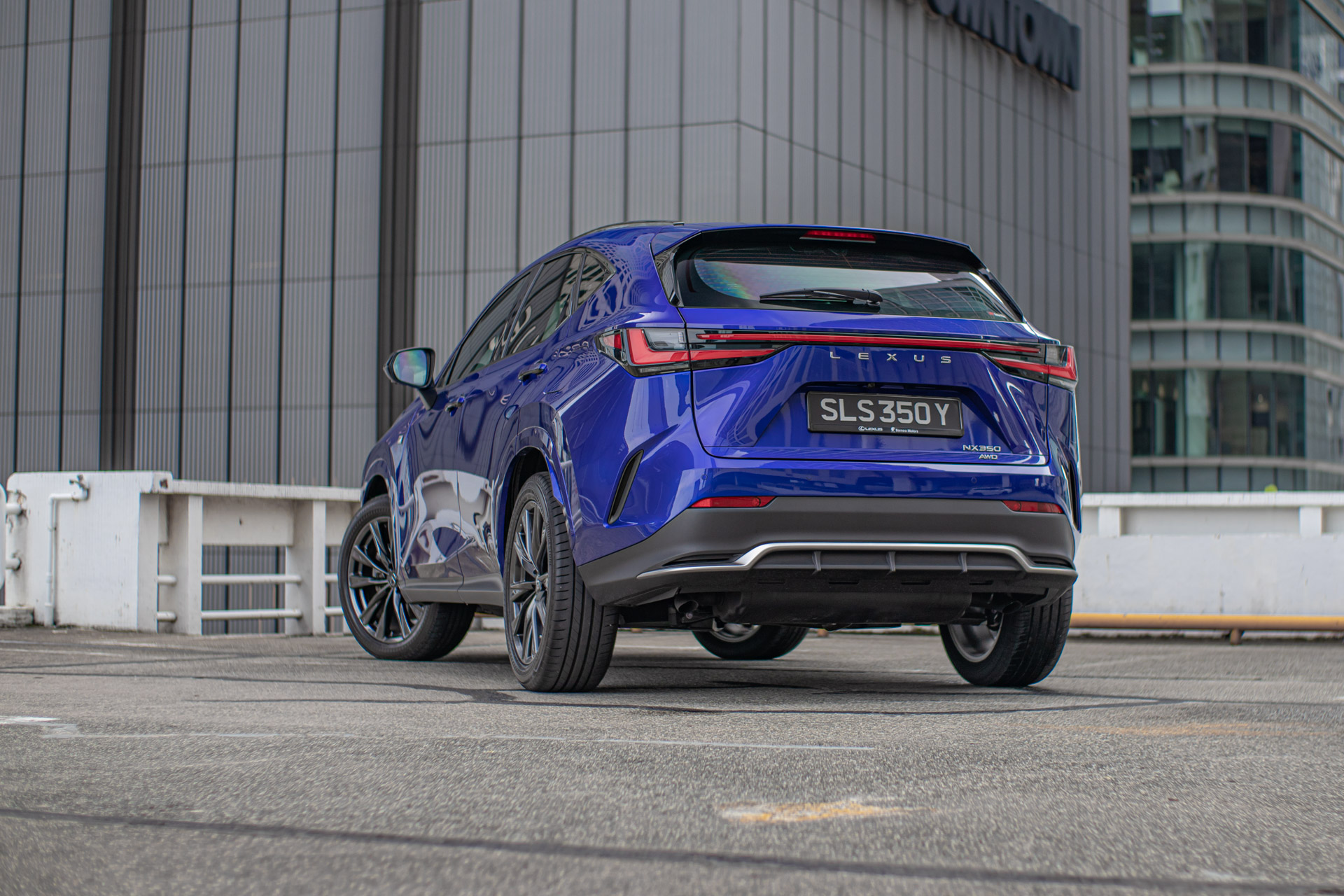 Speaking of proportions, the new NX is longer, wider, and taller than the previous version as well as having increased front and rear track widths to house the larger 20” F Sport aluminium wheels and wider tyres.

Where I think the looks of the NX come into its own though, is in natural light. The NX has an abundance of curves and sleek body lines that just seem to reflect light in a simply brilliant manner. Combined with the striking Heat Blue paint job our test car came in (an F Sport exclusive), the NX gives off an air of quiet refinement that you really should just stop and ogle at for a while. Elsewhere, the NX boasts redesigned LED head and tail lights as well as an LED light bar in the back that just add to the very stylish outer appearance of the NX. 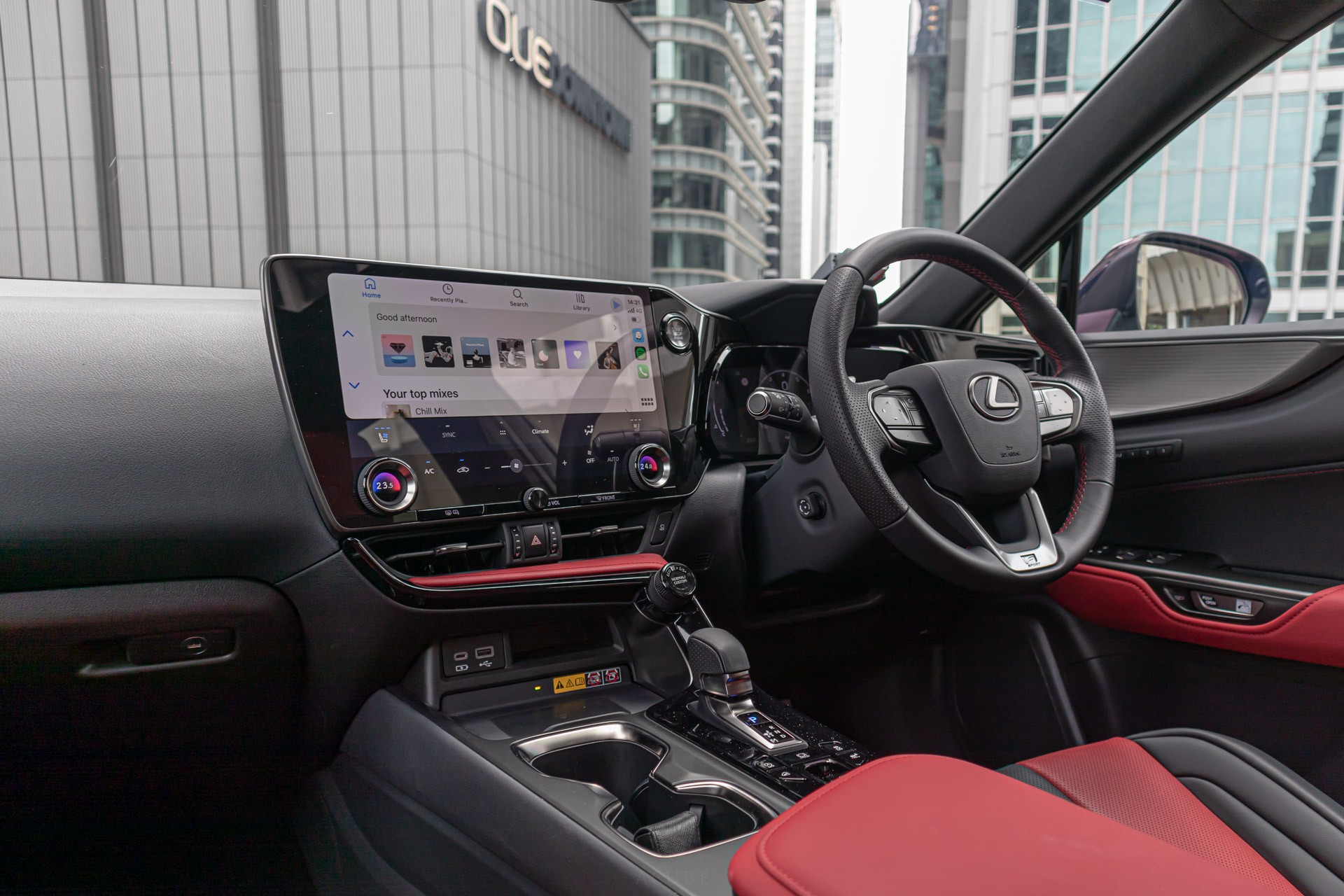 And this style continues on the inside, with swathes of leather all throughout the cabin. Every touch surface is covered in some form of high-quality material that just exudes class. In true F Sport fashion, red accents are the order of the day and can be found on the seats, centre console, and door cards.

Though the F Sport is supposedly the more sporty model, the seats are pretty far from sport buckets and are more of an armchair affair but because I doubt many NX owners will be firing through the corners with their cars, the extremely comfortable (not to mention ventilated) seats here will do just fine. 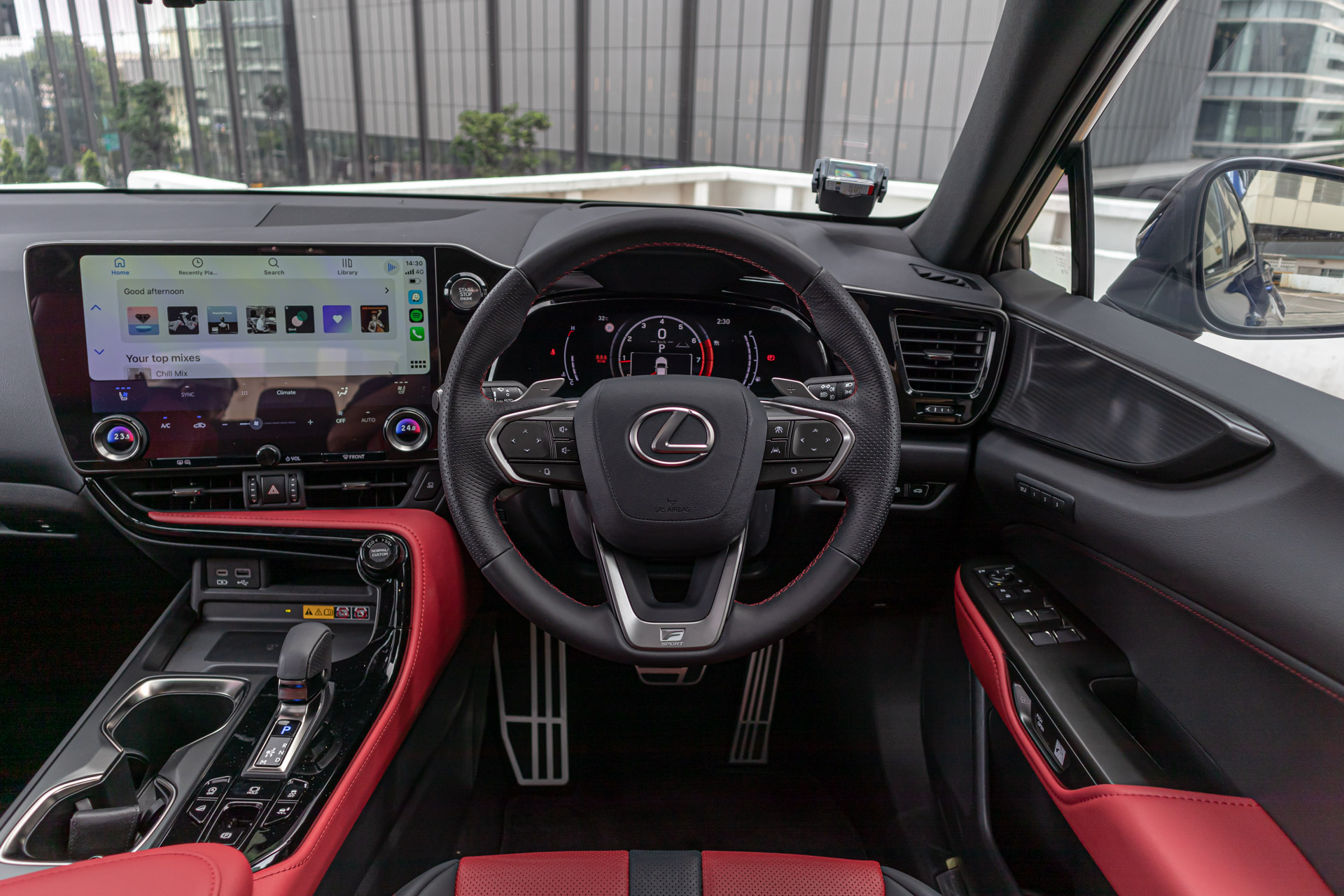 The steering wheel has these touch-sensitive pads which control the functions in the gauge cluster and heads up display but I feel that these pads are a little too complicated to use and I never really got the hang of them during my time with the car.

Now, this may be me being a little obtuse but the pads just don’t seem to do what I think they’ll do which made them a little annoying to work with. The heads up display is bright and clear and shows your speed as well as what the little touchpads can do. The digital gauge cluster is customisable and I always left it on the F Sport-specific F Sport meter that showcases the tachometer front and centre, in a design reminiscent of the legendary LFA. 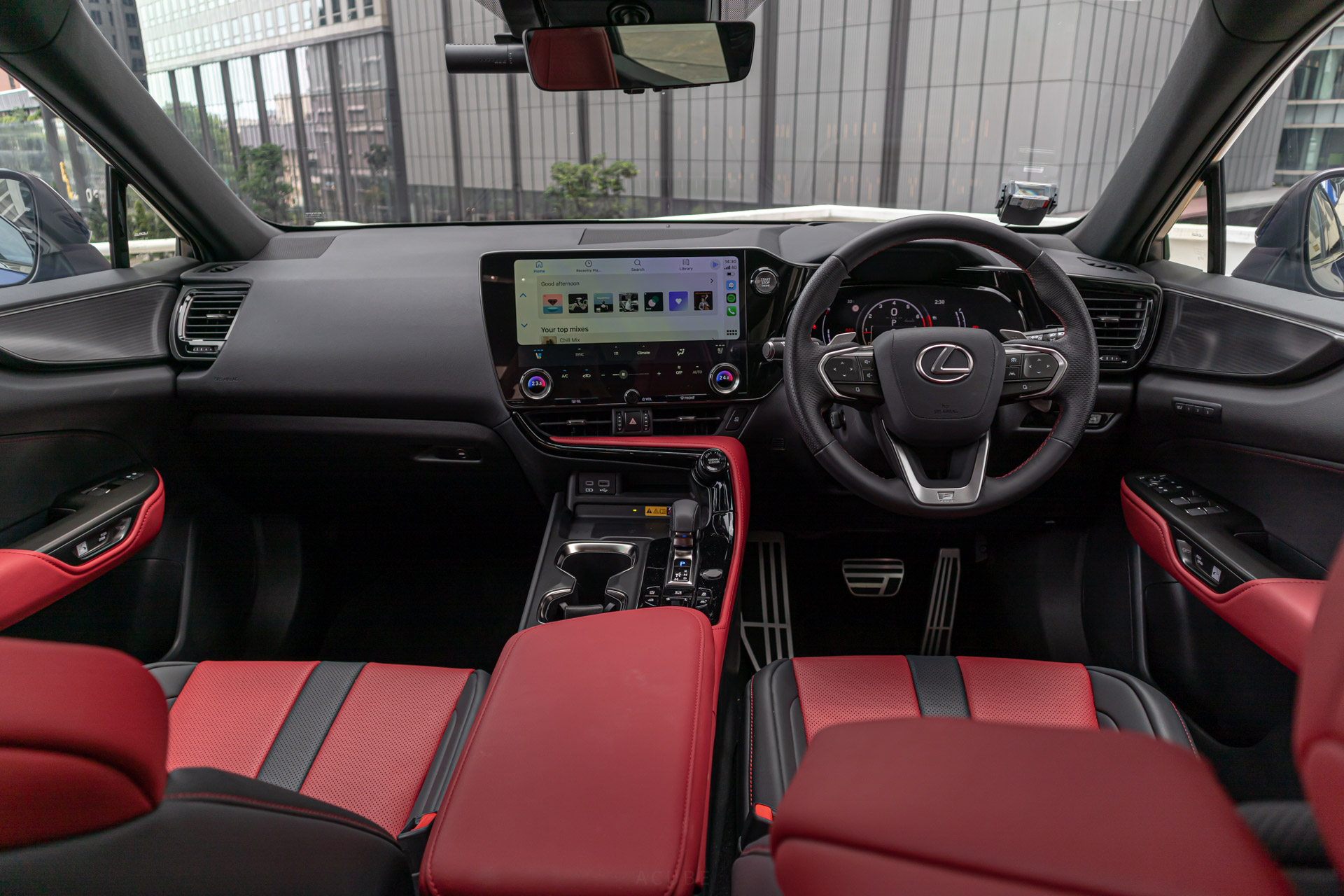 The centre console is dominated (and I really do mean dominated) by one of the largest screens I have ever seen inside a car, at 14” wide it’s basically a TV. Lexus has knocked it out of the park with this screen because it’s not only massive, but it’s also insanely clear with a really slick OS design. Despite being a screen heavy UI, it’s actually very easy and simple to use, with the aircon controls having a permanent space on the bottom of the screen.

The NX also comes with wireless Apple CarPlay and wired Android Auto so chances are that screen real estate and carefully designed UI will be taken up by your smartphone connectivity app most of the time. Continuing with the screen theme, the rear view mirror can actually also be toggled between a conventional mirror and a screen that streams the feed from the rear view camera for an unobstructed look at what’s behind you. 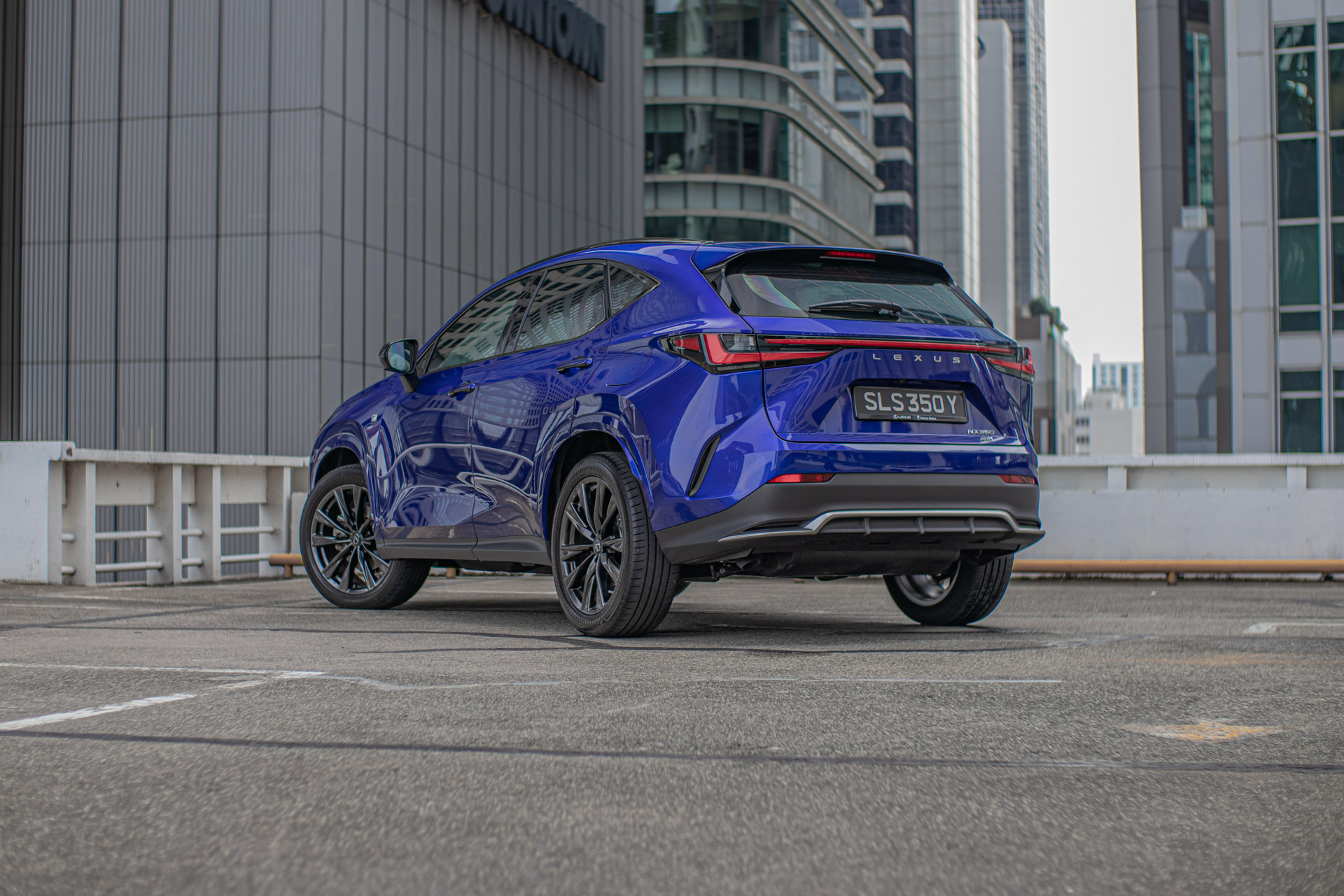 Rear seat passengers rejoice! There is space aplenty with the increased wheelbase and length providing a little extra leg room. Headroom is also sufficient despite the sloping roof line and for all your belongings, the cavernous boot has an electric tailgate for easy loading and unloading.

What’s slightly less convenient are the new-fangled electrically actuated door releases, because you push to open from the inside which just goes against every other car’s door handle and Lexus, has actually had to put a little sticker to brief passengers on how to open them. There is a benefit to these though, because they are electric, they work in conjunction with the blind spot monitoring system to prevent the door from opening if they detect something approaching from the side or back. 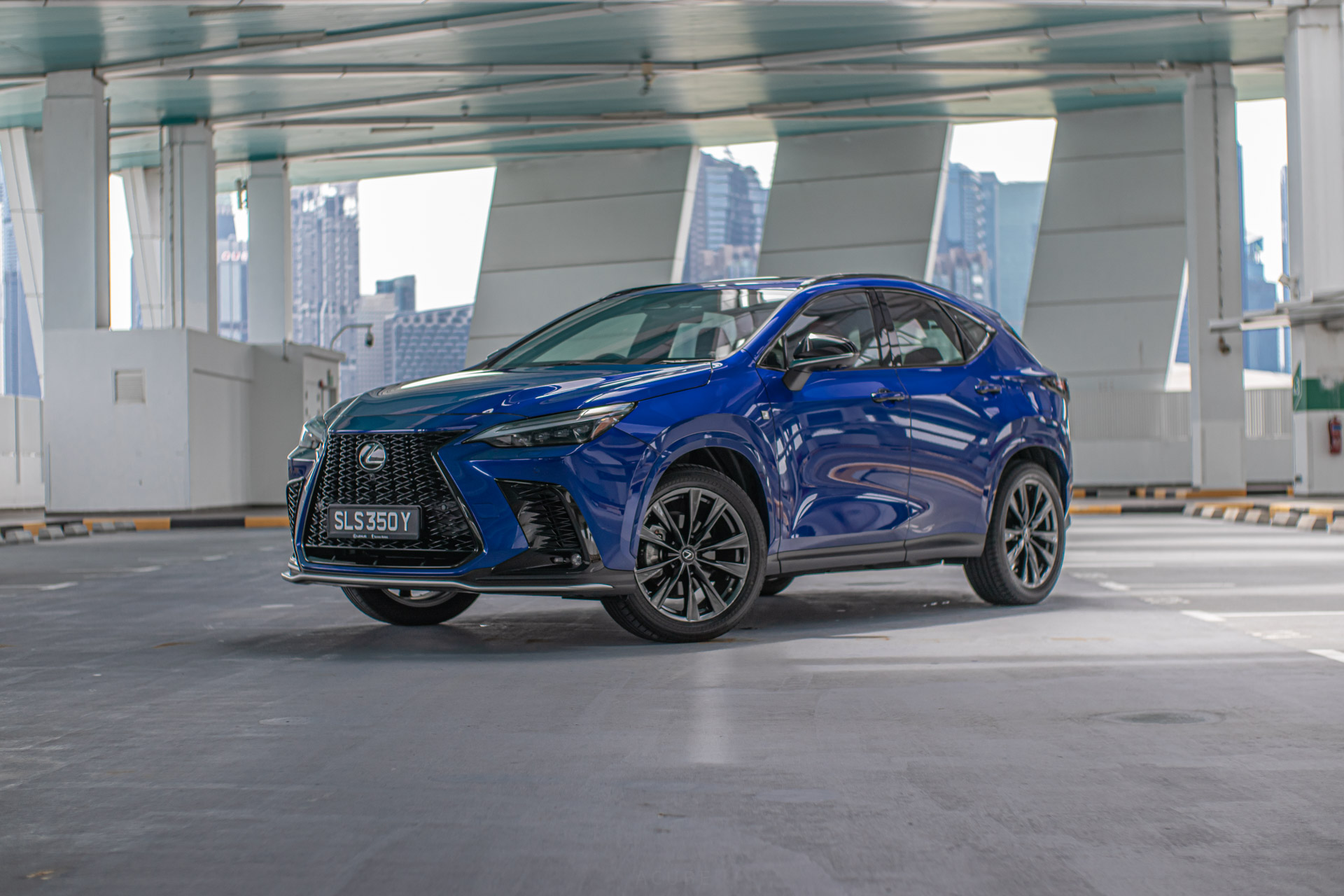 Alright finally, on to the driving. As mentioned earlier, the NX350 F Sport is the only non-hybrid NX on offer, powered by a 2.4L turbocharged four-cylinder engine making 275hp and 430Nm of torque delivered to all four wheels through an eight-speed automatic gearbox.

The century sprint is dealt with in seven seconds and it’ll hit 200km/h flat out. Don't get me wrong - the car does have healthy power and torque figures, but this is not a car that'd encourage you to drive in a spirited fashion, despite it having a gearbox that shifts quickly through the paddles. Lexus focused on the quality of the ride on your journey, as evidenced by the suspension, which is supple and makes light work of all but the worst road imperfections.

The flipside of course is that there is some body roll when you do decide to push the car a touch. But again, I doubt many owners will be hitting the B-roads in this, but I will say this will be excellent on road trips up North. 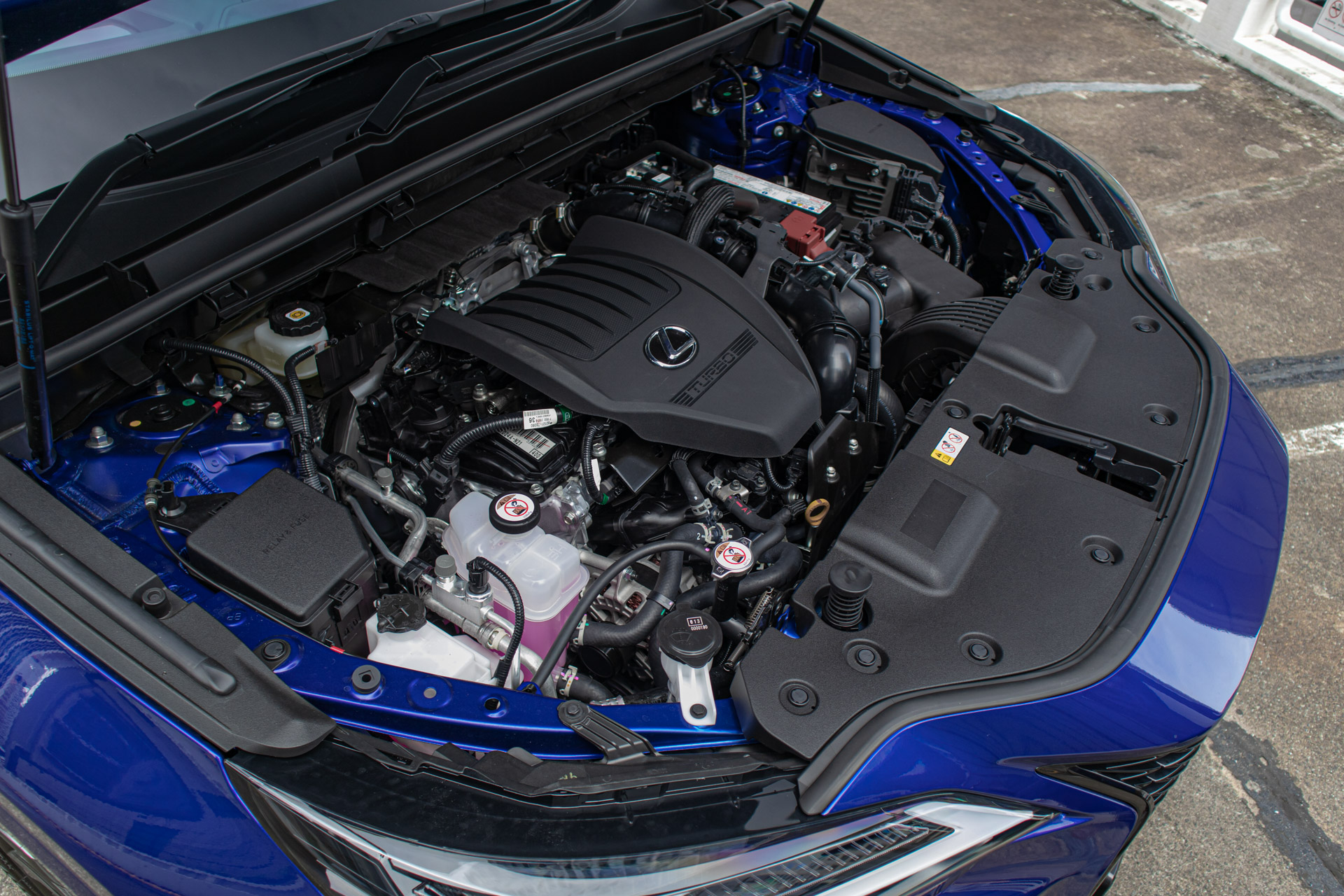 The car has incredible amounts of tech to help make the driving experience easier and safer. It’s got the full suite of radar cruise control, lane tracing assist, blind-spot monitoring, and lane departure warning. That's not all, as it also comes with an active pre-collision system that can brake and steer for you if it detects an impending accident. With a raft of super HD cameras and sensors, the NX can also park itself, showing the driver every bit of the surroundings through the 360˙ camera feed on the main screen. 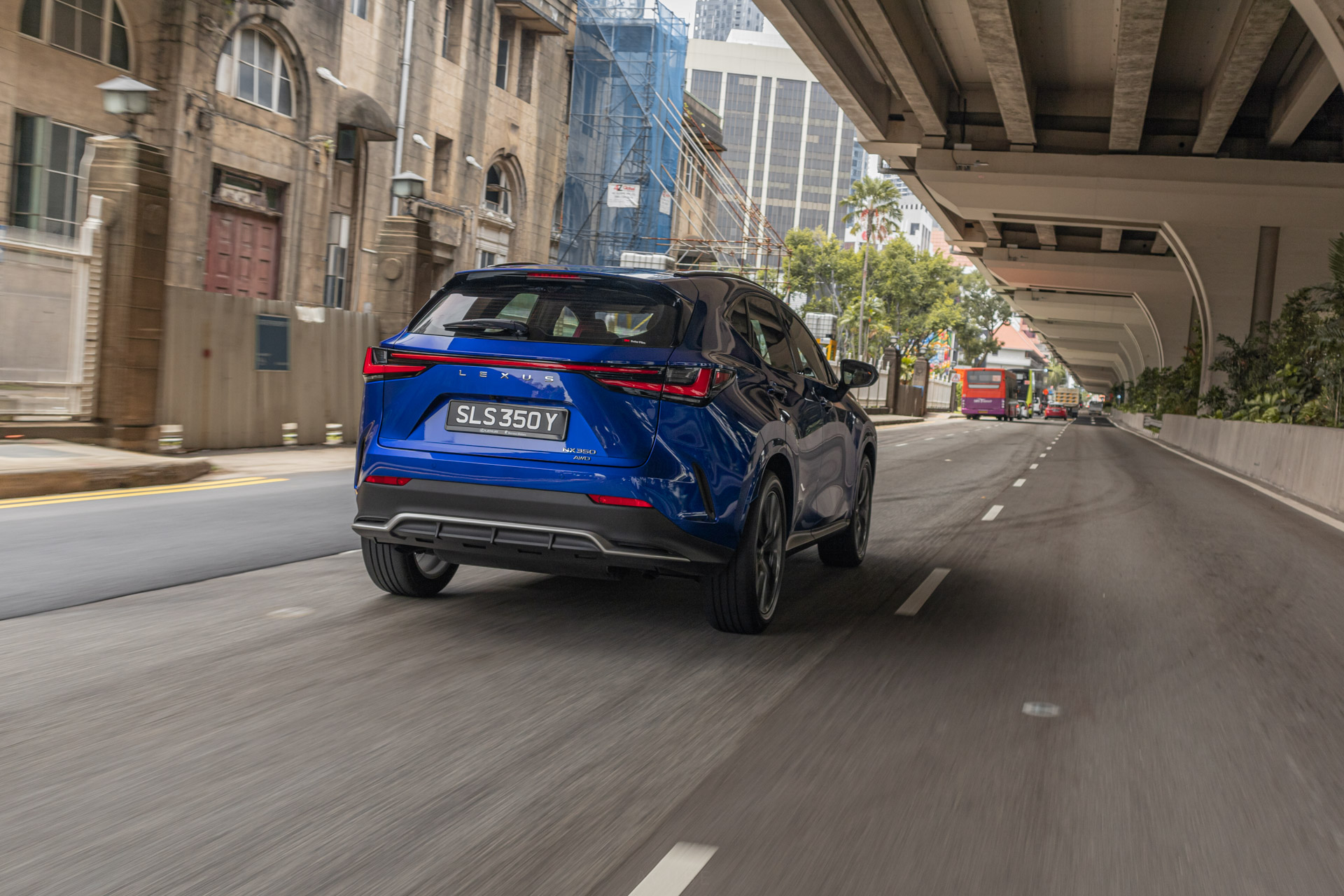 The NX350 F Sport is a car best enjoyed with a calm approach to motoring. You're getting the overall Lexus treatment, whether it be in the materials, the ride, or the overall ownership experience, but in a car that is actually properly modern both inside and out, that also excels at transporting you and your occupants in unparalleled comfort!

(Prices are accurate as of the time of writing)