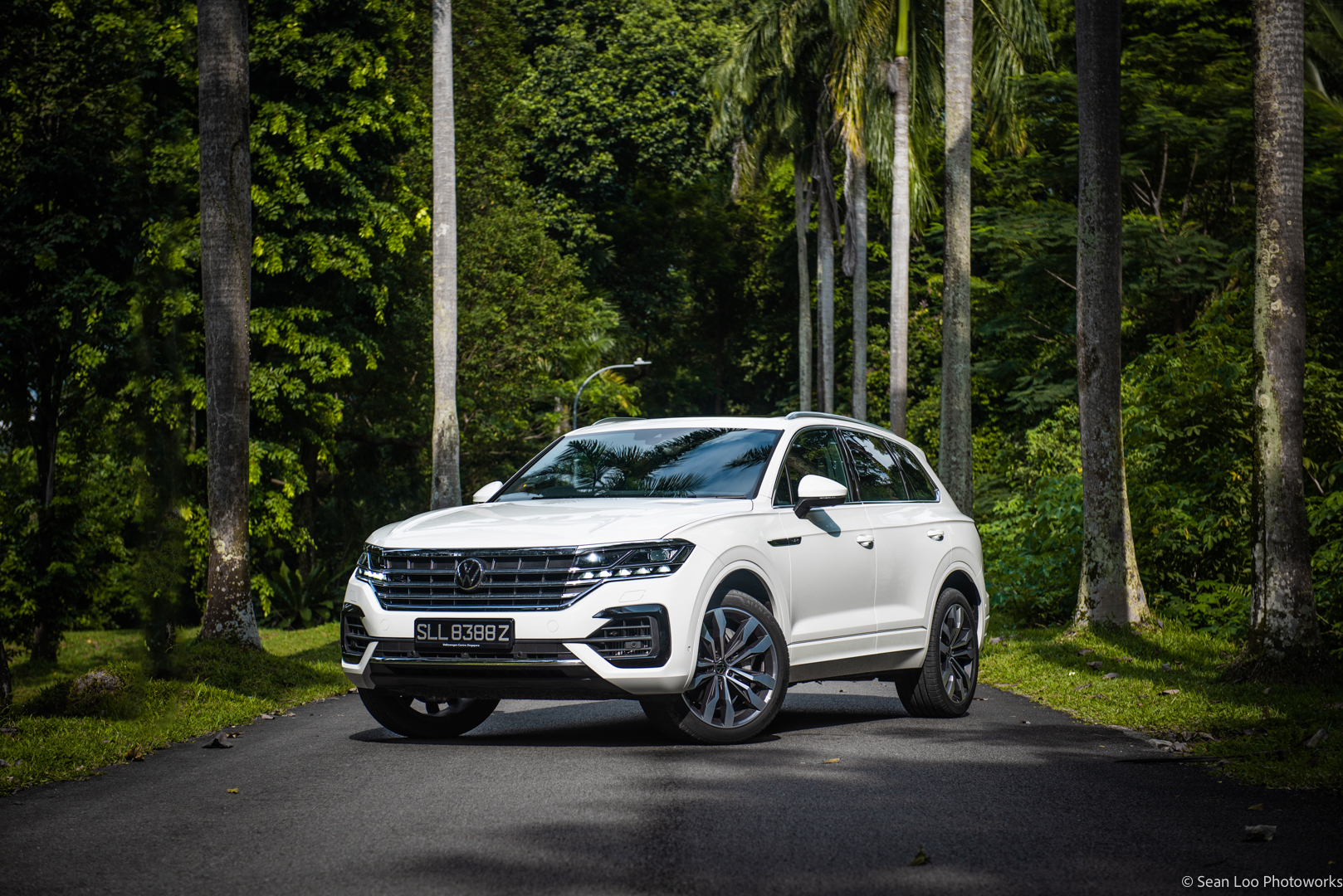 The Volkswagen Touareg has always been a rarity on our roads, being the elusive big brother of the Volkswagen SUV range and the crown jewel in the German carmaker’s line-up.

Its elusivity can be attributed to buyers often forgetting it in favour of more exotic fare. Now, in a bid to challenge the luxury SUV segment of the market, Volkswagen have turned the ante up to eleven for this latest third-generation guise.

It certainly looks good, but is it worthwhile to take a gander at? Let's find out! 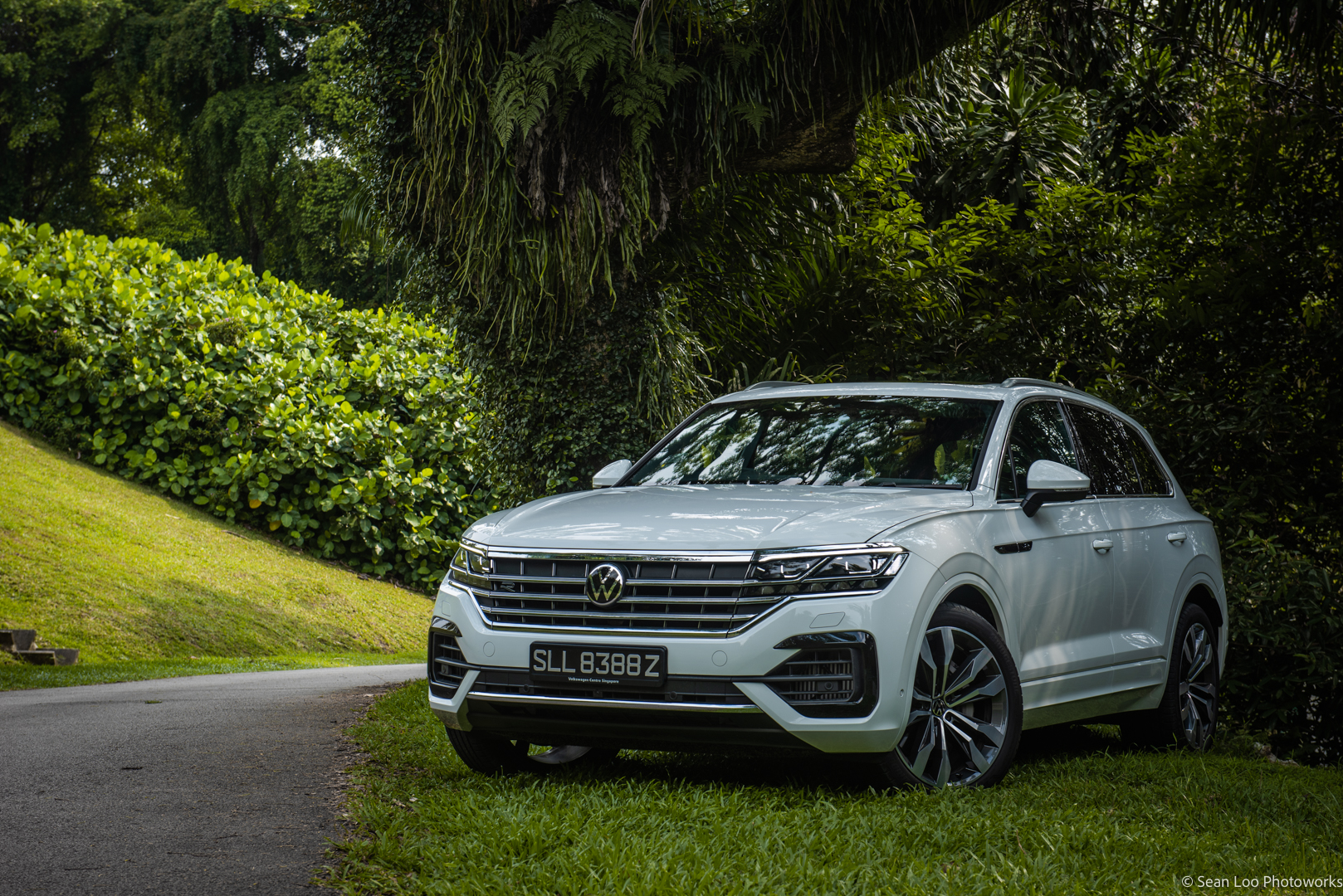 The Touareg is based on the same ‘MLB Evo’ platform as the other big saloons and SUVs that come from the Volkswagen Group.

With new aluminium panels, suspension components and various weight-saving measures, even though it is technically bigger than its predecessor, it is also a fair bit lighter overall. 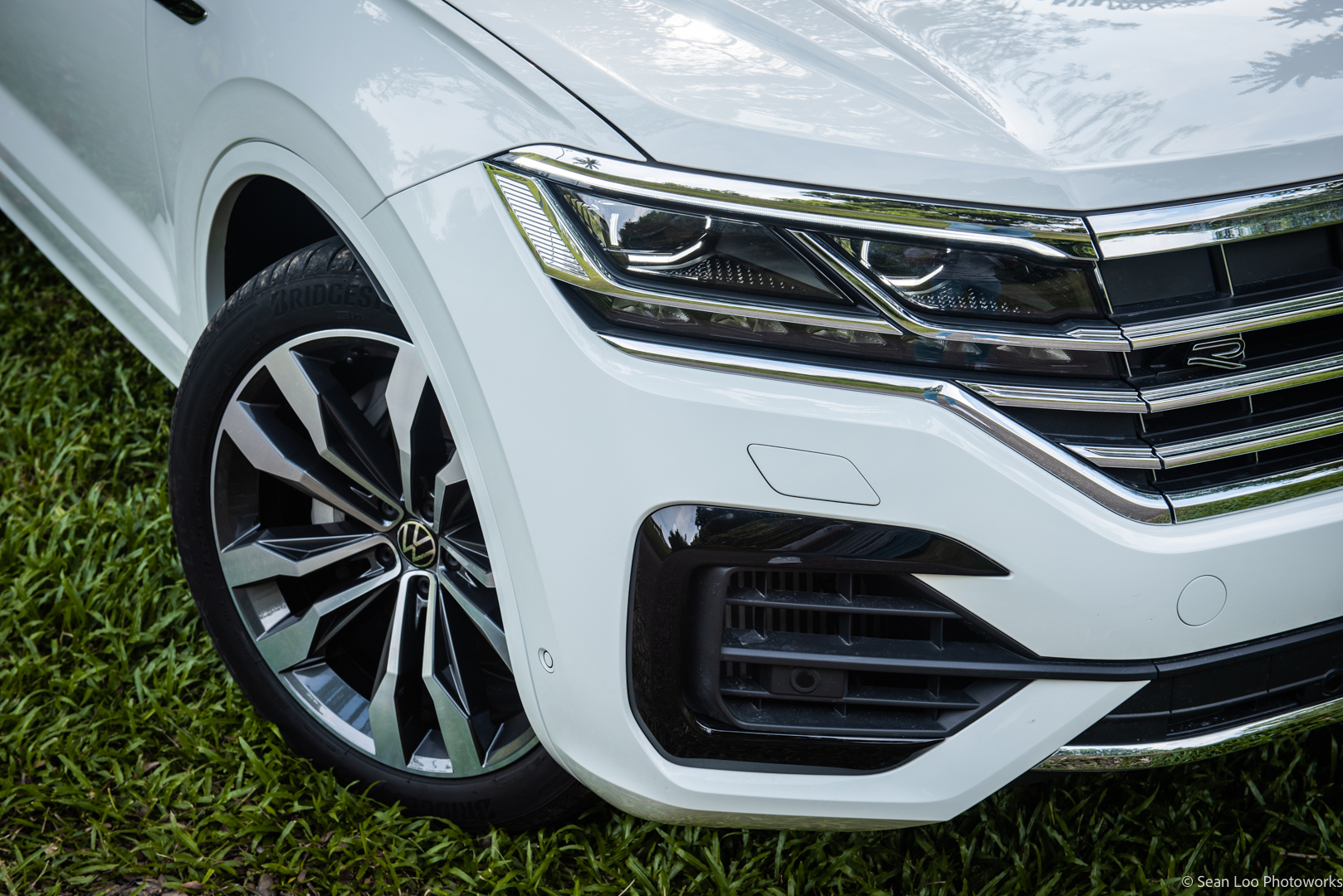 Despite the big grille and sportier accents found on this test unit's R Line trim, the Touareg is still a milder and understated, less ostentatious car than rivals offerings like the BMW X5 or Mercedes GLE.

That is why we love its overall outlook. It gives off a stealth wealth "if you know, you know" aura to other motorists on the roads. 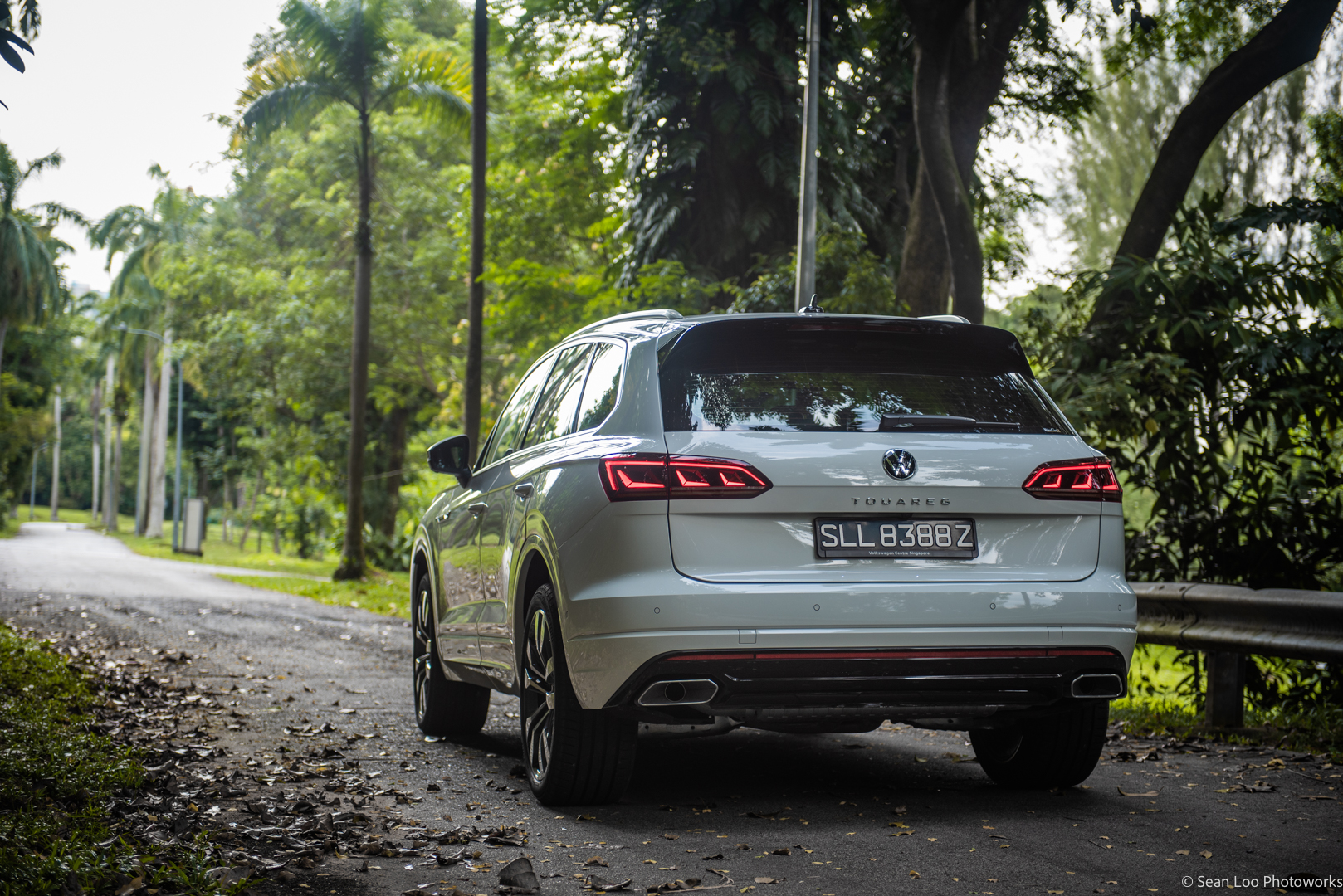 As other SUV models on the market get brasher and bolder in a bid to attract more stares, the Touareg remains the considered and sophisticated choice. 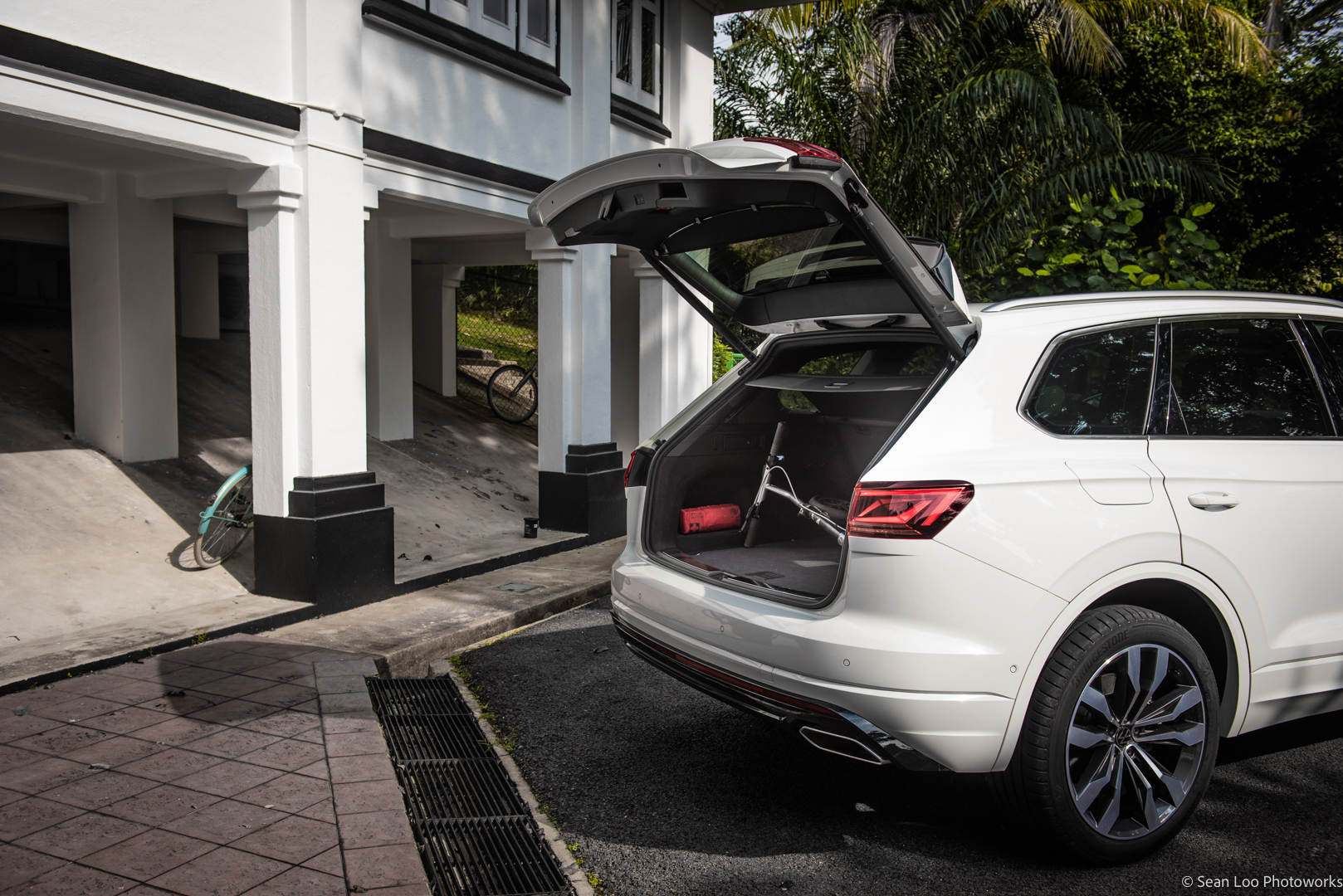 Being so large, the Touareg also offers copious amount of boot space. In its default configuration the 810 litres available and wide opening will take in most forms of cargo with relative ease.

The air suspension system offers a key advantage here too, being able to lower the rear of the car by a considerable margin so you'll won't have to break your back trying to lift heavy items into the boot.

An interior that exudes opulence 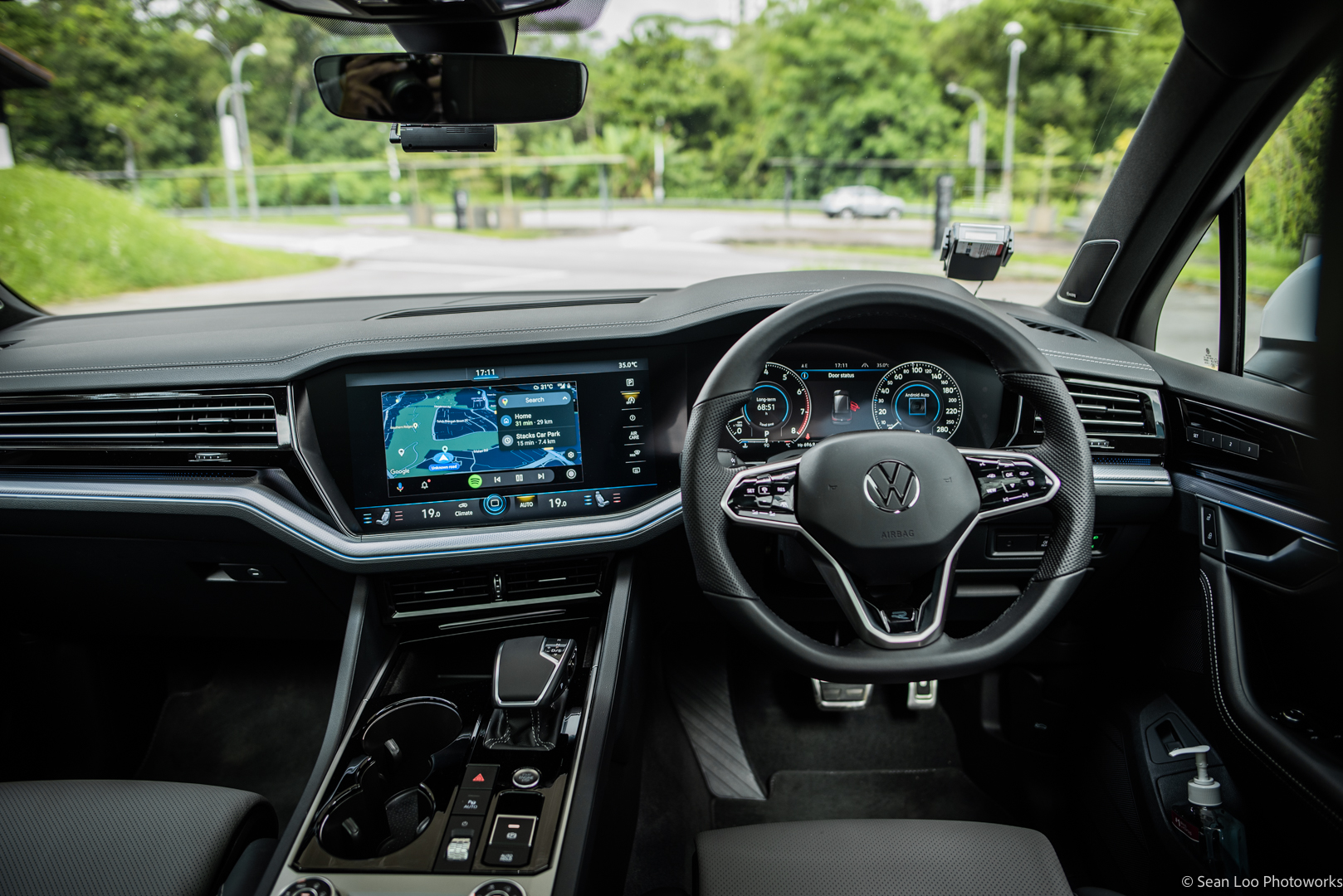 Stepping into the Touareg feels like you're enveloped in a cocoon of luxury, and momentarily you may even forget you're inside a Volkswagen.

The test unit we reviewed is the more expensive R-line variant, offering plush fully electric seats that come with both heating and cooling functionality. The R-line elevates this experience even further with the addition of massage functions, a much needed feature for those long drives and ageing backs. 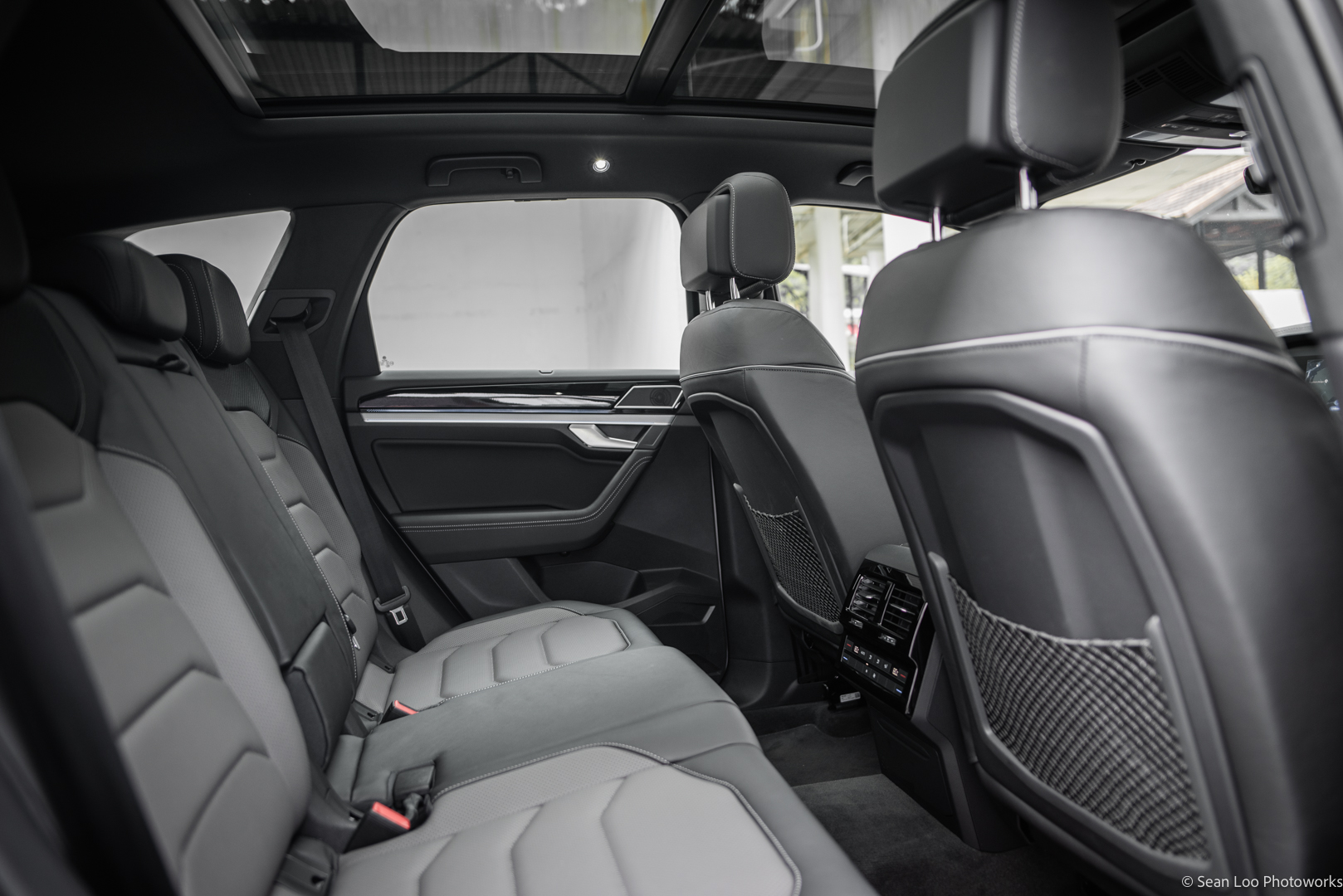 Rear passengers are bestowed plenty of legroom and headroom as well, and the rear bench is capable of seating 3 adults comfortably with room to spare. On hot days it does not feel stuffy in the rear too, thanks to air-conditioning vents located on both the centre console and b-pillars offering good air circulation throughout the cabin.

The panoramic sunroof opens up the interior space even more and lightens up the already spacious interior. 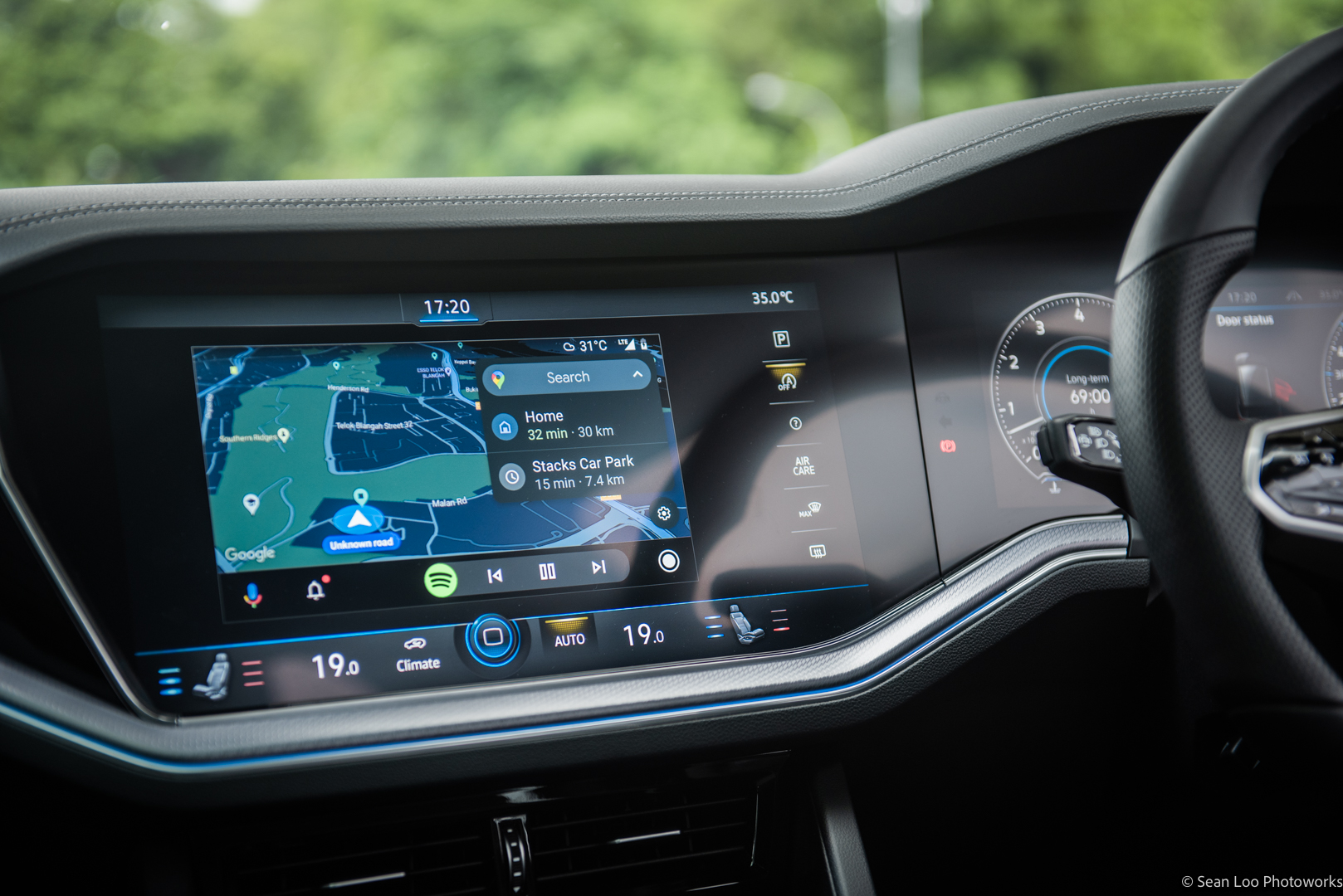 The Touareg features a 12.3-inch fully digital instrument cluster, and frankly the largest infotainment screen we have ever come across. My gosh it is huge, coming in at a whopping 15-inches.

All this real estate does work to your advantage when navigating its vast menus, as the multitude of settings are not cramped together on the screen like most other cars on the market, making them easier to press.

Apple CarPlay and Android Auto are in-built too, but sadly a wireless phone charging dock is absent from this otherwise complete package. 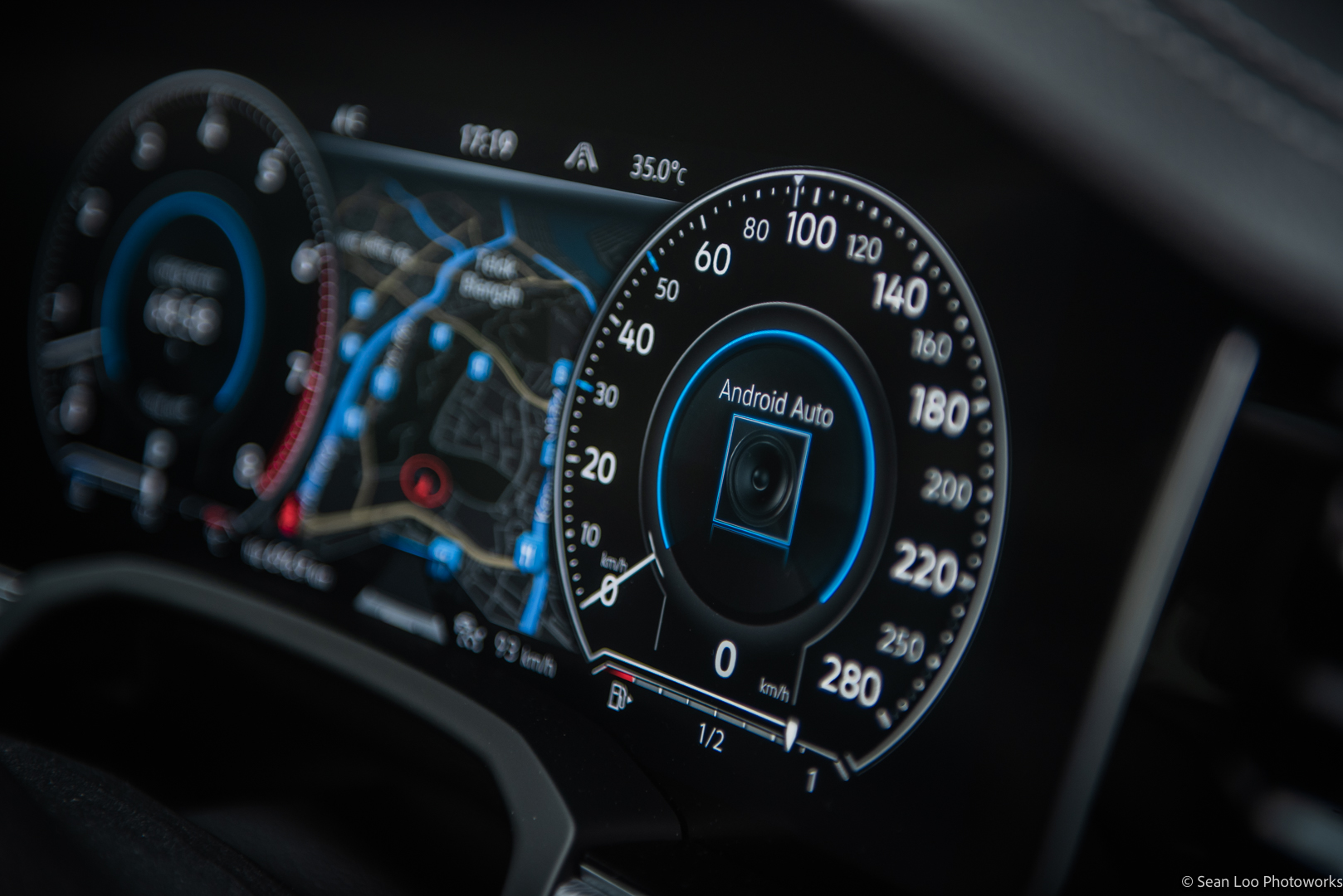 While the multi-function steering wheel is comfortable and even comes with heating settings, one thing that did become a pet peeve during testing were the steering wheel buttons.

The buttons do not have a nice tactile feeling, and because they are positioned in a tight configuration we often found ourselves activating more than one feature at the same time, which can prove frustrating while on the move. 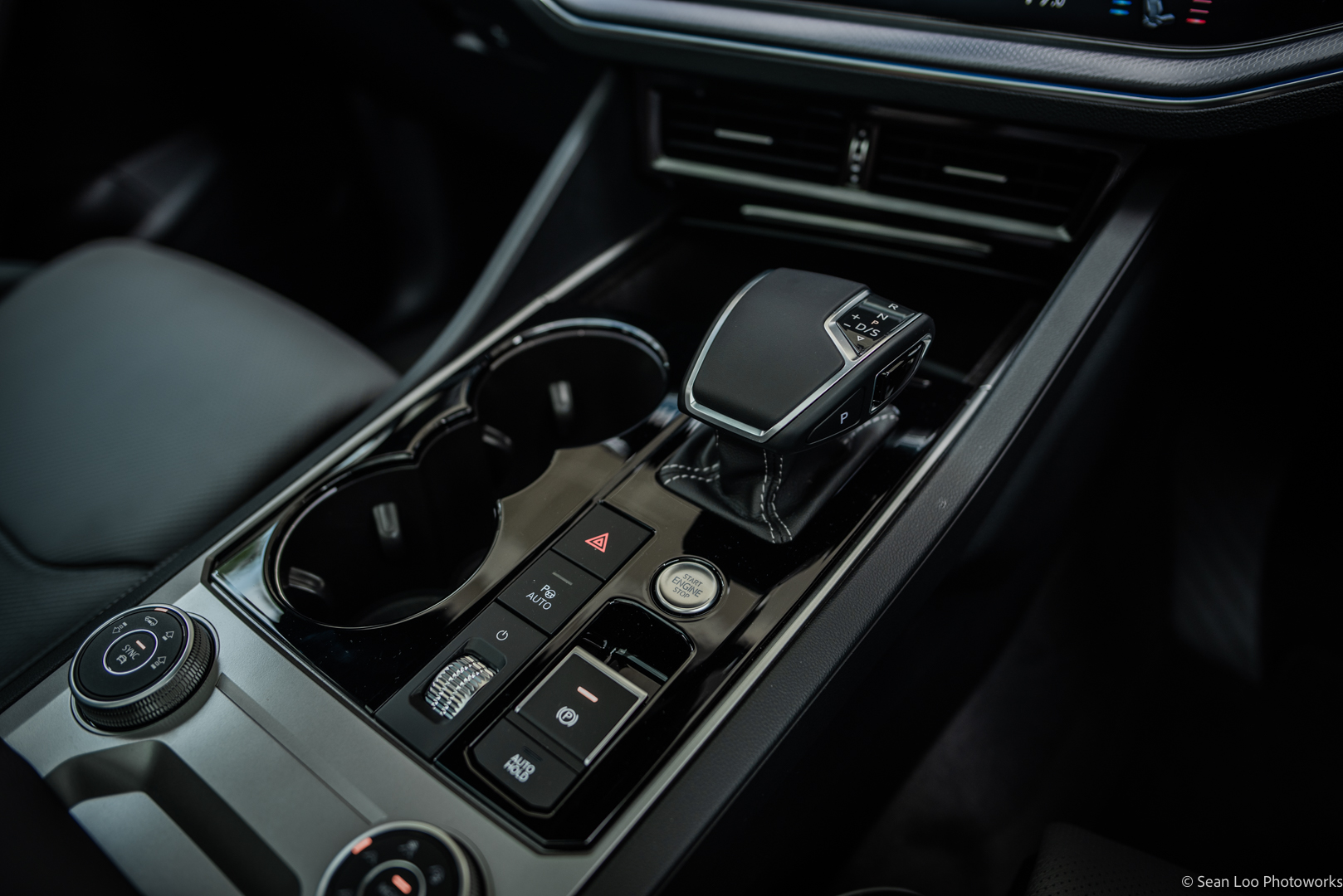 Overall, while there are minor nitpicks there really isn't much to complain about, and the comfortable interior not only makes long drives bearable, but even enjoyable.

You don't feel intimidated living with it 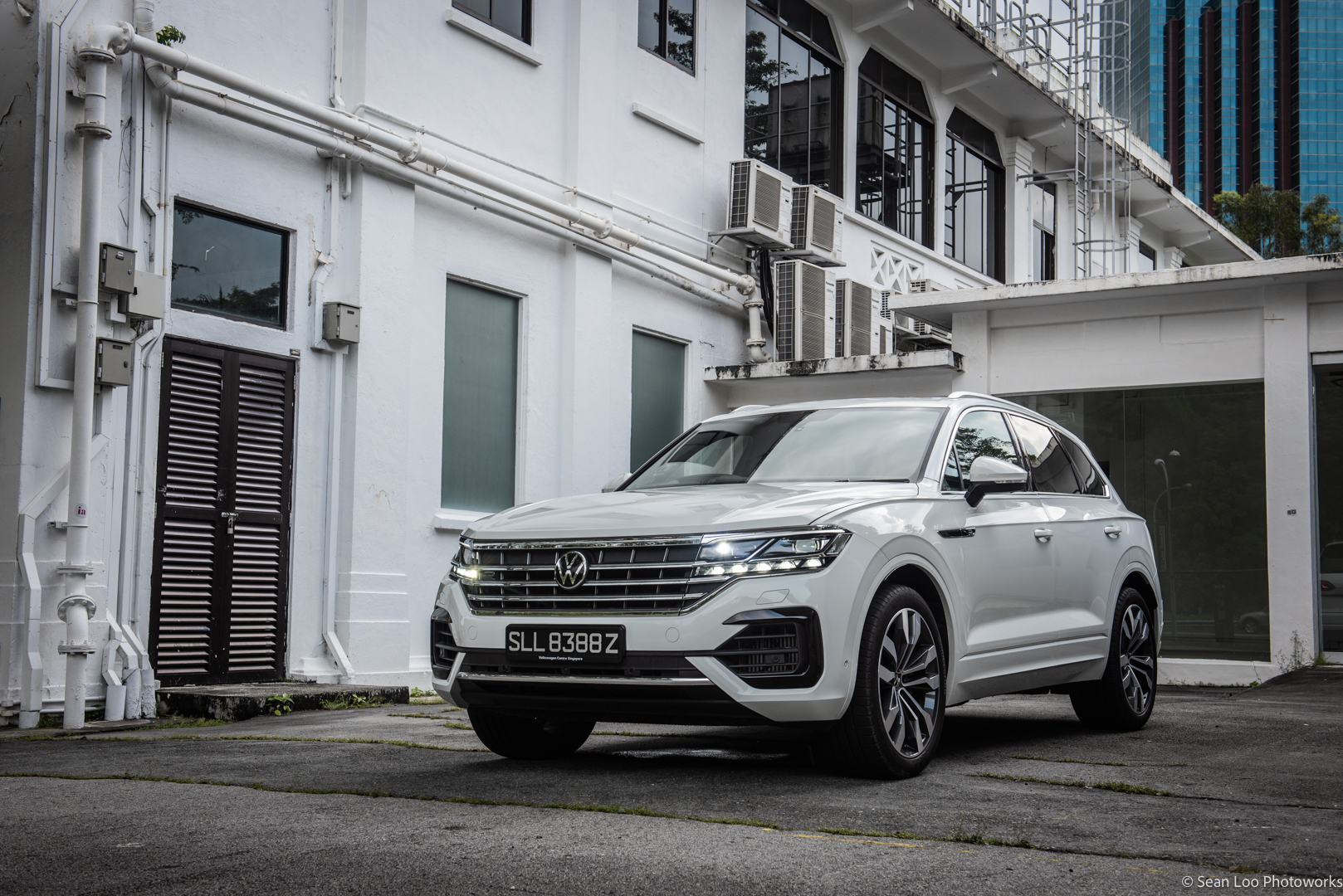 One common complaint large vehicles of yesteryears tend to have were that because of their sizes, they were not practical to live with on a day-to-day basis, especially in dense cityscapes like Singapore. However, with the advent of modern technological assists and driving aids, driving one of these lumbering giants is now practically easy.

The Touareg comes with a comprehensive 360 degree parking assistant, as well as an array of sensors so you'll hear something before you hit it.

If you really don't wish to park it yourself, or are intimidated by that lone parallel lot along a narrow stretch of road, the Touareg can even park itself with Park Assist Plus. 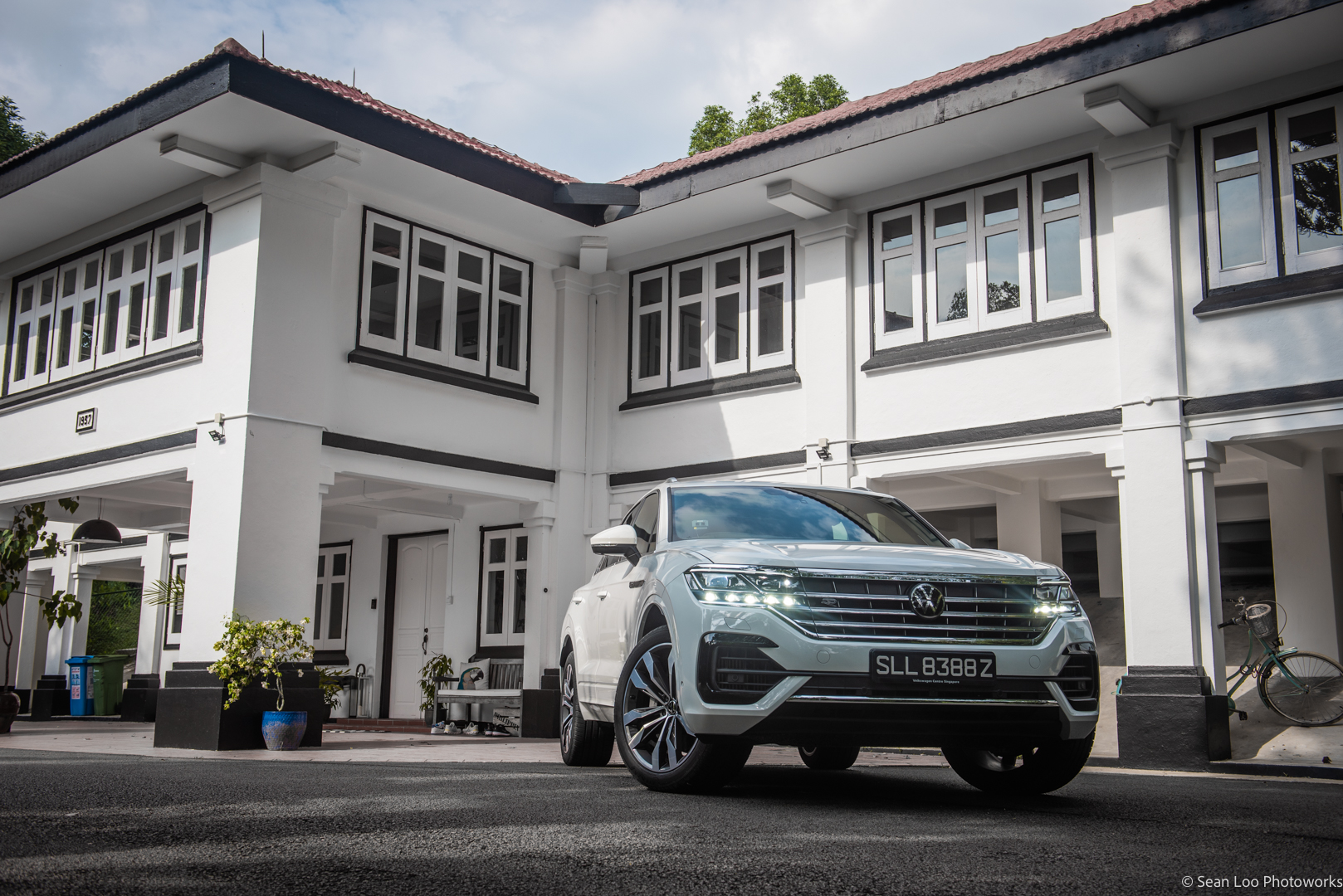 What’s more, the cameras even swivel according to the driver’s steering input! This amazed us when we first tested it. It is a subtle feature but one that is especially useful, providing the driver with a better view round corners.

The Touareg features air suspension too, enabling the driver to change the car’s ride height while on the move. If you want to parade around at its highest setting and peer down at other motorists, now you can. 7 different driving modes are offered, even off-road and snow settings. 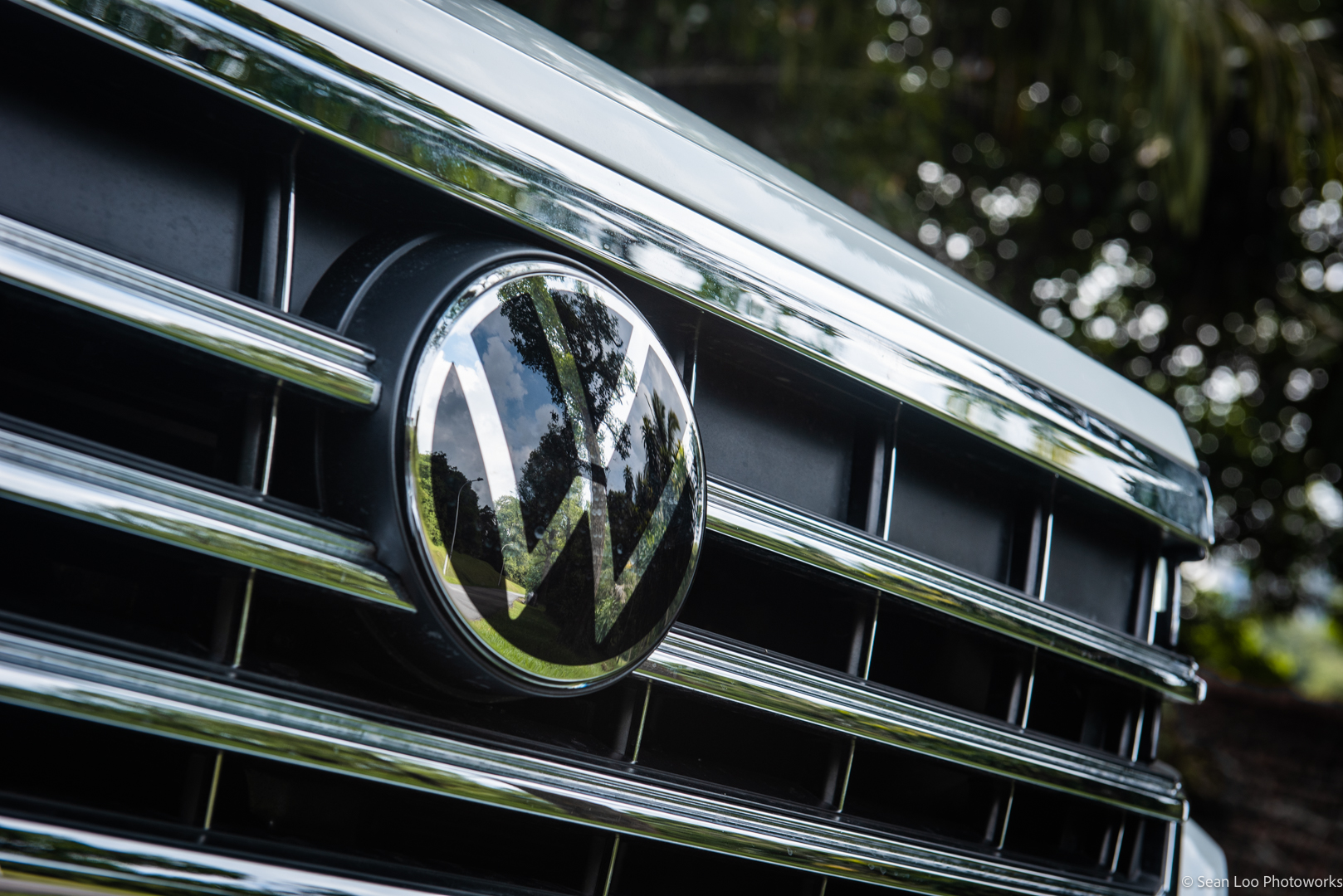 But, if you're someone who just wants to cruise gently to the shops and back, the assistive steering and adaptive cruise control is a blessing to have. The system even works in traffic jams, automatically controlling your throttle input and braking even to a complete stop. 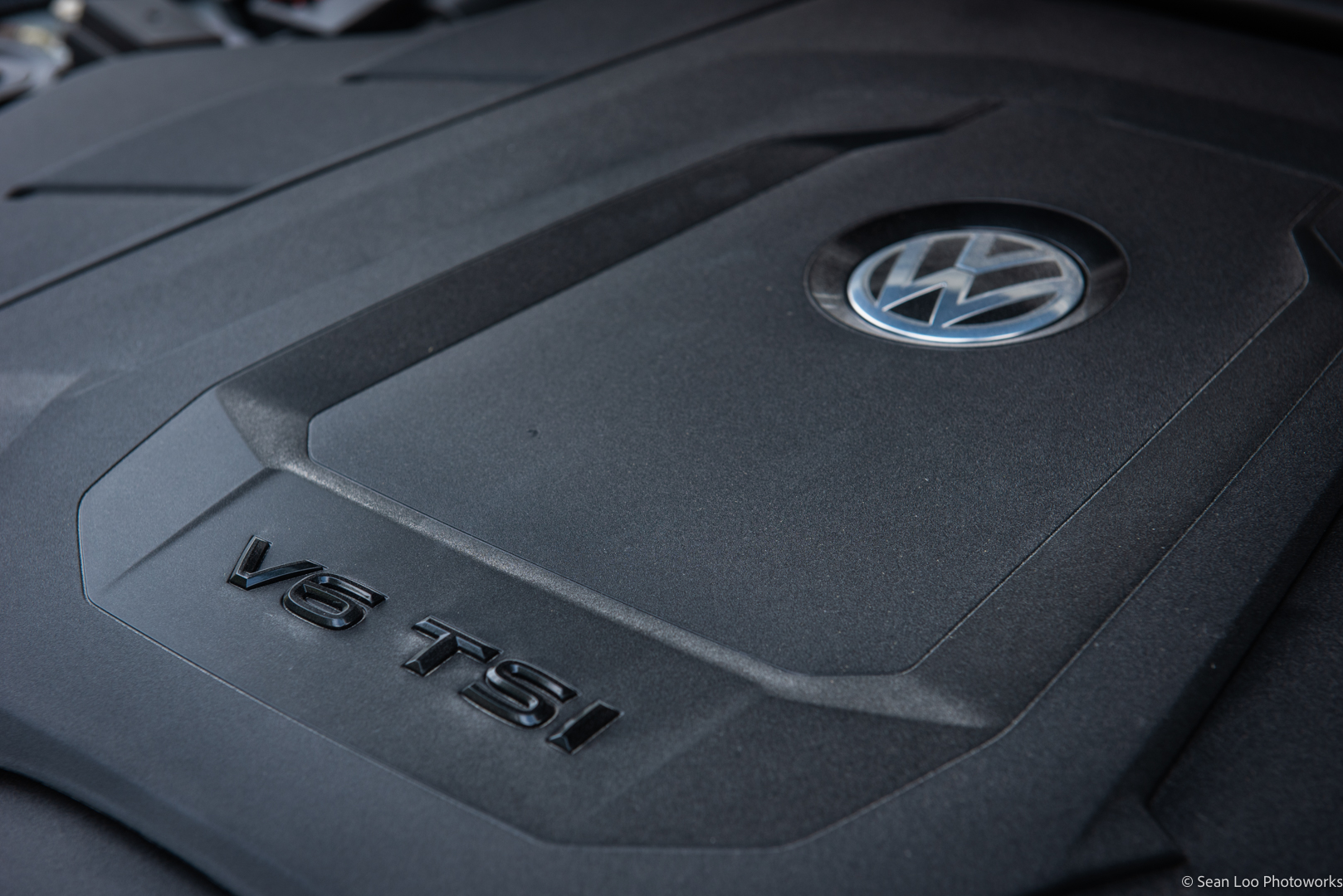 People who are familiar with the Touareg would know that it used to be offered with a boisterous V10 engine giving it loads of grunt.

However, with tighter emission standards and the never-ending quest to make cars more fuel-efficient, Touareg models that enter our sunny island will only be offered with one engine configuration - a 3.0-litre turbocharged V6. 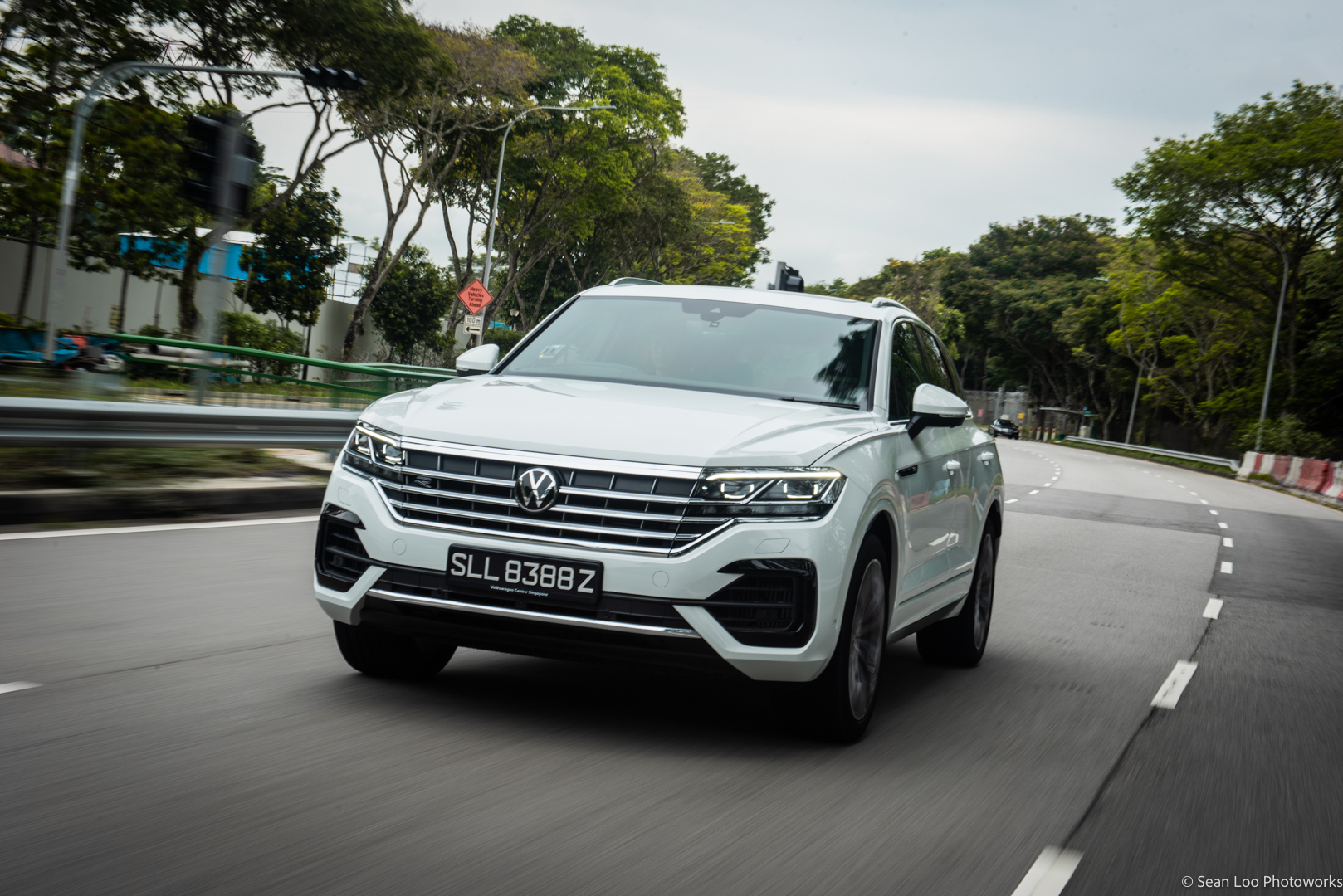 Now, before you turn away in disappointment, we are happy to report that this engine performs extremely well, delivering smooth and healthy doses of power throughout the rev range. Even though this is a lumbering SUV, it feels nimble and responsive.

Your right foot is bestowed with 335bhp ad 450Nm of torque at its disposal, and an enthusiastic press of the accelerator would propel the Touareg from 0-100km/h in just 5.9 seconds. Its acceleration is thanks in part to its permanent all-wheel drive system, dubbed 4Motion by the VW execs. 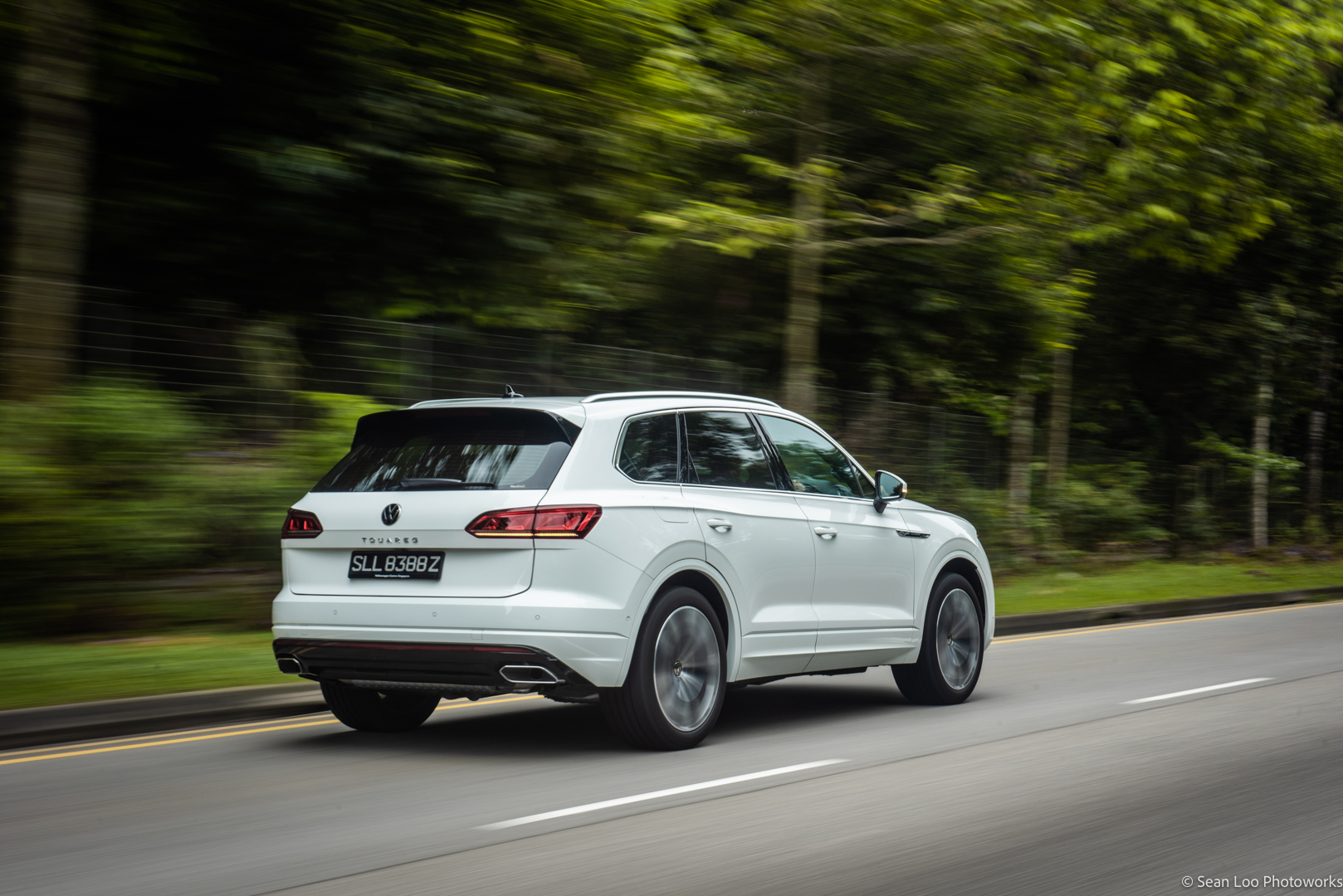 One major benefit the R-line trim offers is all-wheel steering, which results in smoother handling when cornering or during lane changes. This gives you the confidence to gallantly take corners at speed, knowing that the car will be composed throughout.

Despite its heft, the Touareg is a nimble machine on the roads, often attracting the stares of passersby when you whoosh off quickly into the distance.

Big in size, big in personality 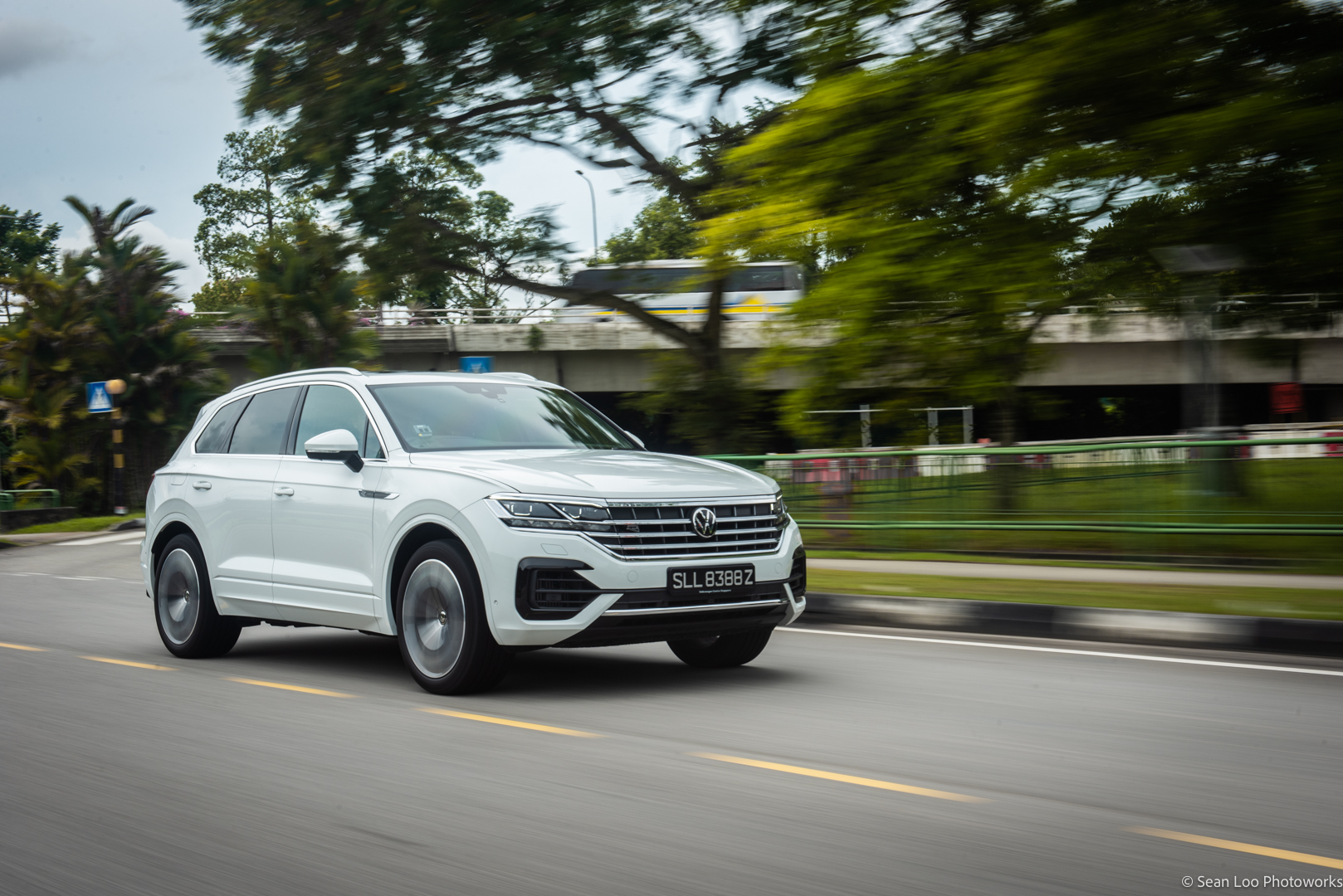 In short, the Touareg as a whole is a very compelling package. It takes everything the German marquee has to offer and distils it all into one big, practical package. Of course, all of this does come at a pretty penny, and the R-line will set you back a cool $399,000. Not exactly pocket change.

Plus, at this price range you are probably eyeing other big imposing SUVs such as the Porsche Cayenne, BMW X7, or Range Rover Evoque. However, if you do not care about brand image or the “atasness” associated with some brands, we dare you to give this Touareg a go. 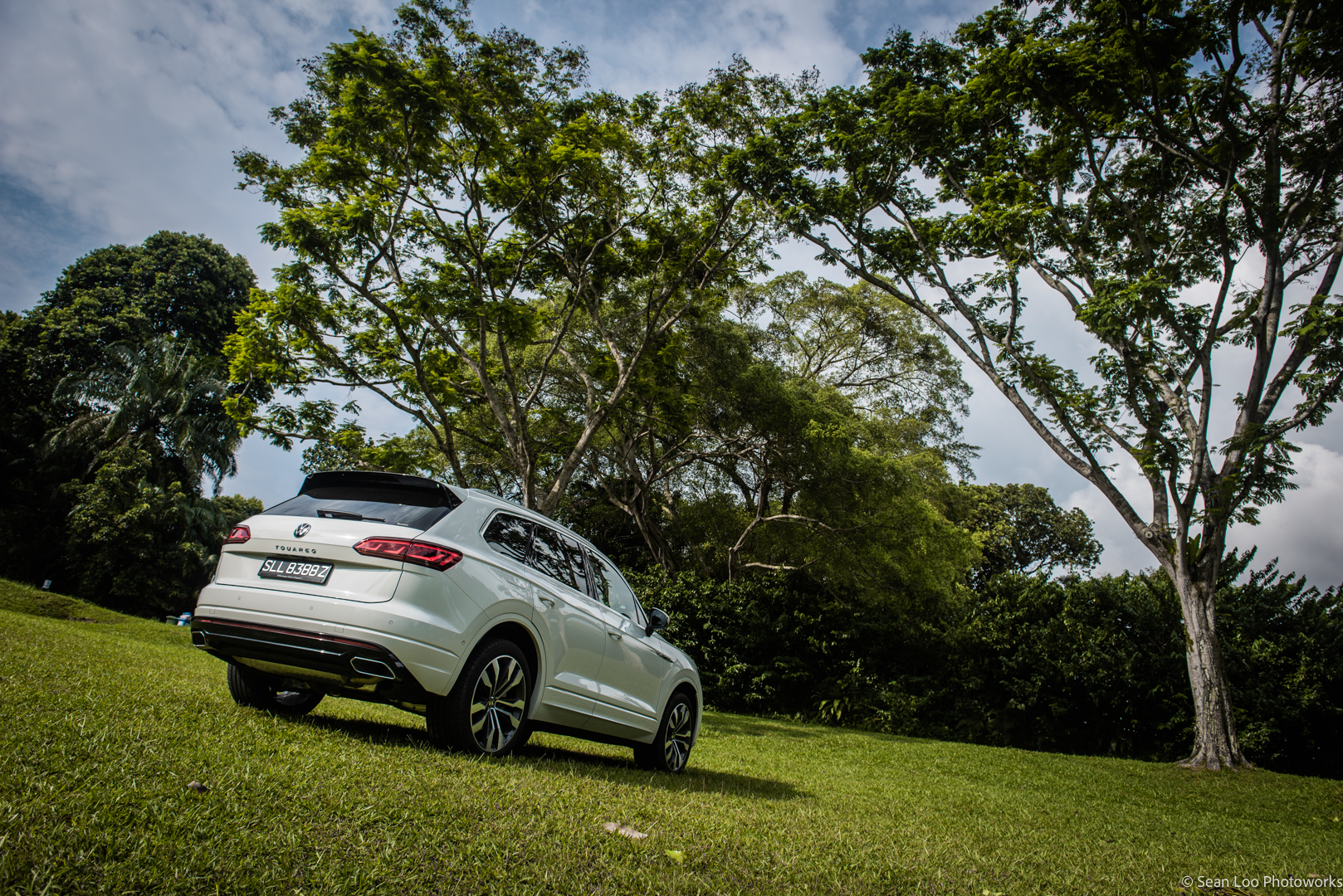 As big as it is, it is easy to drive thanks to modern gizmos and a host of technological assistance. It has space for the whole family and then some, and you will be able to take them anywhere - on or off road.

Big in size, and big in price too. But, quintessentially it delivers big in satisfaction and smiles.