In Malaysia, Car Thieves are Using Hacking Devices to Break into 'Keyless' Cars 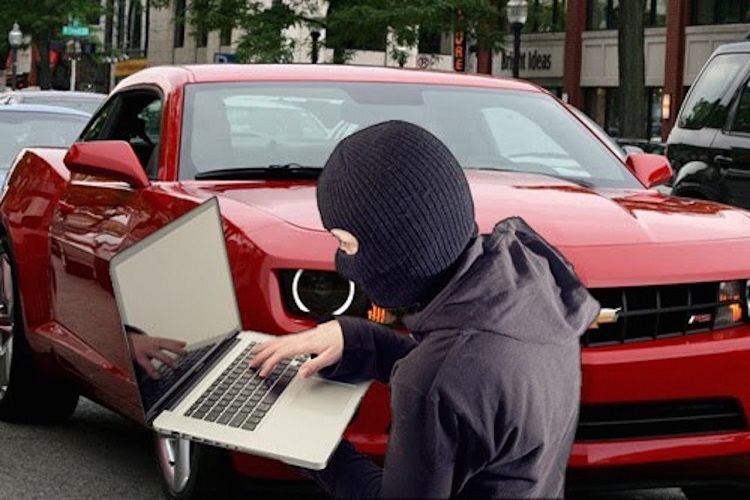 Singaporeans who drive keyless vehicles should be wary the next time they are visiting Malaysia. According to The Star, car thief syndicates are now using high-tech hacking devices to steal cars that use keyless entry systems.

These hacking devices, which can be easily purchased online or at electronic stores, are becoming increasingly popular with car thieves and are capable of unlocking a car in a matter of minutes. In addition, a source told The Star that these devices "could open almost every car with keyless entry".

There are currently two ways that these devices can unlock keyless vehicles. 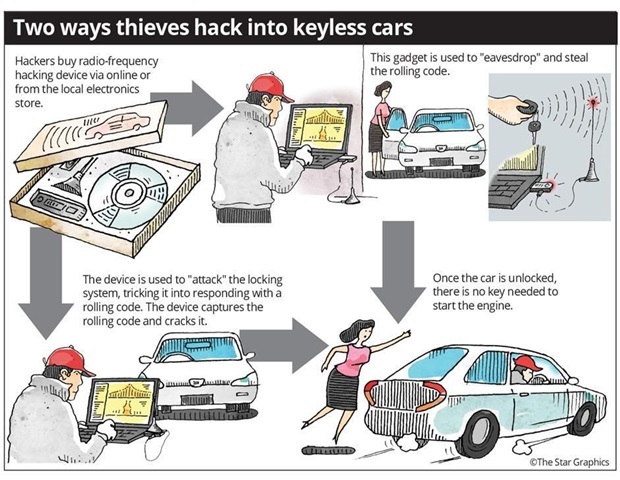 The first uses a simple frequency monitoring software to read the transmission between a remote key and vehicle. Besides capturing a car's frequency code, it also decrypts the rolling code used to unlock the vehicle.

The second method uses a more aggressive approach by "attacking" the car system. The hacking device first sends a signal to the car, mimicking the remote key. Tricked by the false signal, the car responds with a rolling code.

Once the rolling code has been captured, the hacking device decrypts the code and unlocks the vehicle. Once unlocked, thieves could even start the car's engine, since majority of keyless vehicles use a push button to start the ignition.

According to Allgemeiner Deutscher Automobil-Club (ADAC), there is no "foolproof solution" to beat or deter these car thieves. ADAC, which is the largest automobile club in Europe, also revealed that "110 models from 27 different manufacturers were at risked of being stolen" based on the keyless system.

The Malaysian police is currently aware of the new modus operandi of car thieves and they recommend car owners to take extra precautions such as using manual locks like steering or gear locks, or to install GPS tracking devices in their vehicle.

To learn more about how these hacking devices work, watch the video below:

Read more: 7 Safety Tips for Driving to JB: How to Protect Your Car and Yourself

Chiaj
ya, this is most secure, if cannot depress the brake, you can't start the car :-) thanks

Chiaj
gear shift is not so easily on some cars, example HRV, it has nowhere secure to lock against i guess brake pedal is more possible...but it is not so visible ... i want to "them' to see it, discourage and look for other easier target
Like Reply