Published by Thomas Agustinus on 10 Dec 2021 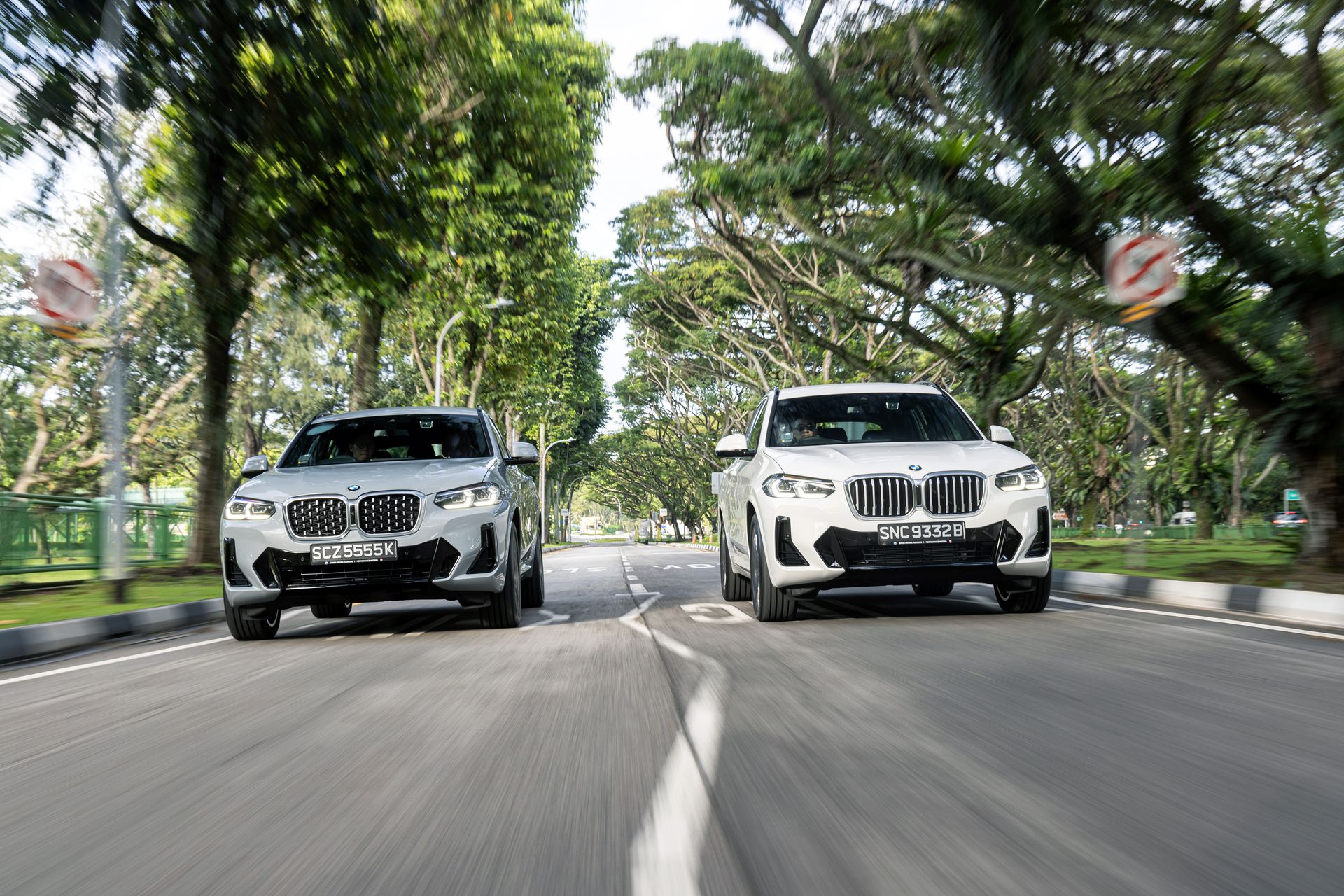 BMW Asia has just made their X3 and X4 available in Singapore with a new look, improved equipment and new range structure. Prices start from S$279,88 for the base model and up to S$403,888 for the M variant.

With the end of the year comes new cars for many marques and BMW is no different. Sporting a new look, improved internals and a more sporty feel, BMW has ensured that these cars will be a cut above the rest. 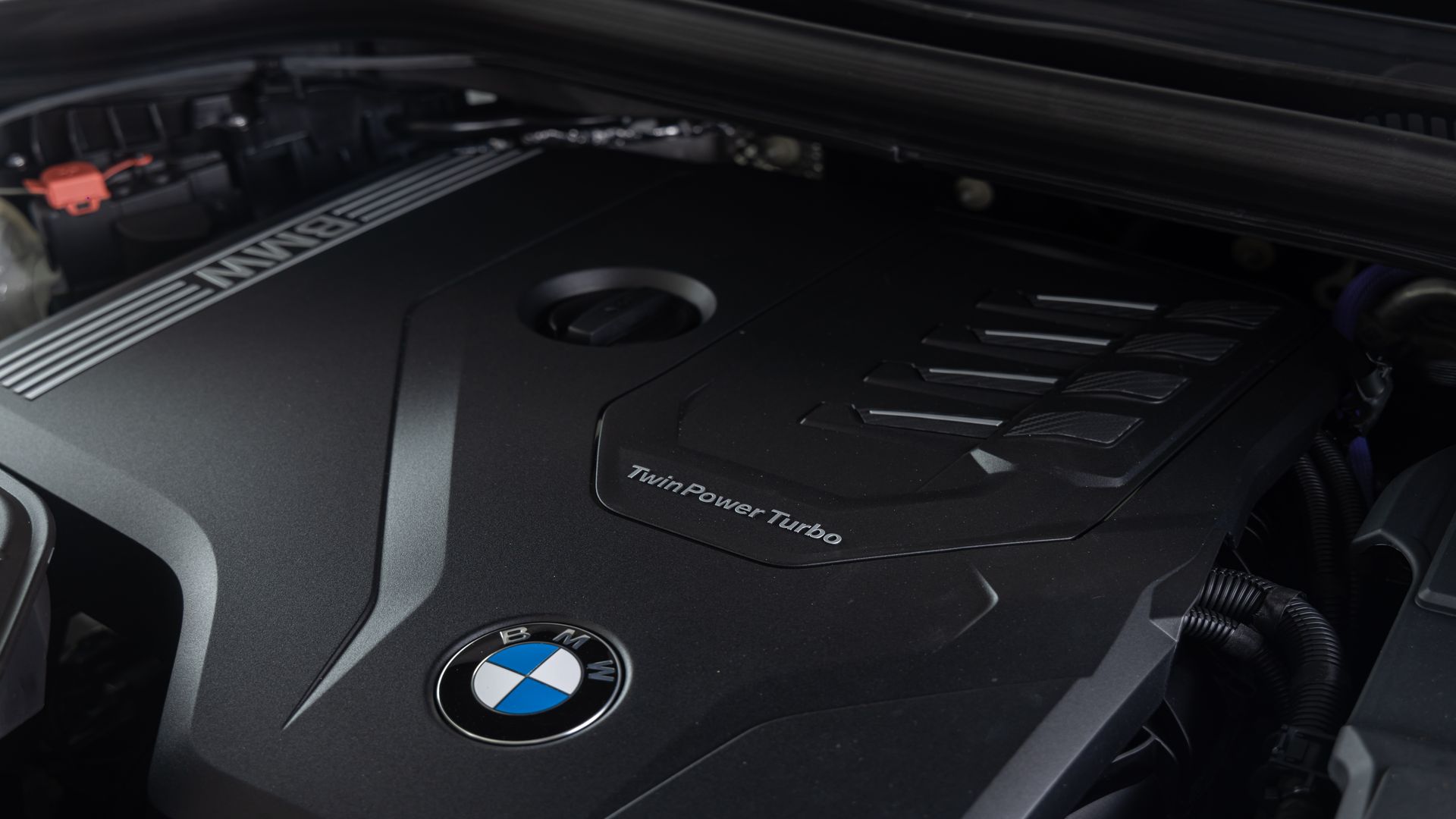 BMW takes hybrid power in stride as their three engines come in either hybrid or plug-in hybrid options.

Both the X3 and the X4 base model, the xDrive20i features a twin-scroll turbocharged 2L inline-four engine making a respectable 184hp and 300Nm of torque with a fuel efficiency of 11.76km/L. Both come with an 8-speed automatic Steptronic gearbox specifically matched with the engine's characteristics. 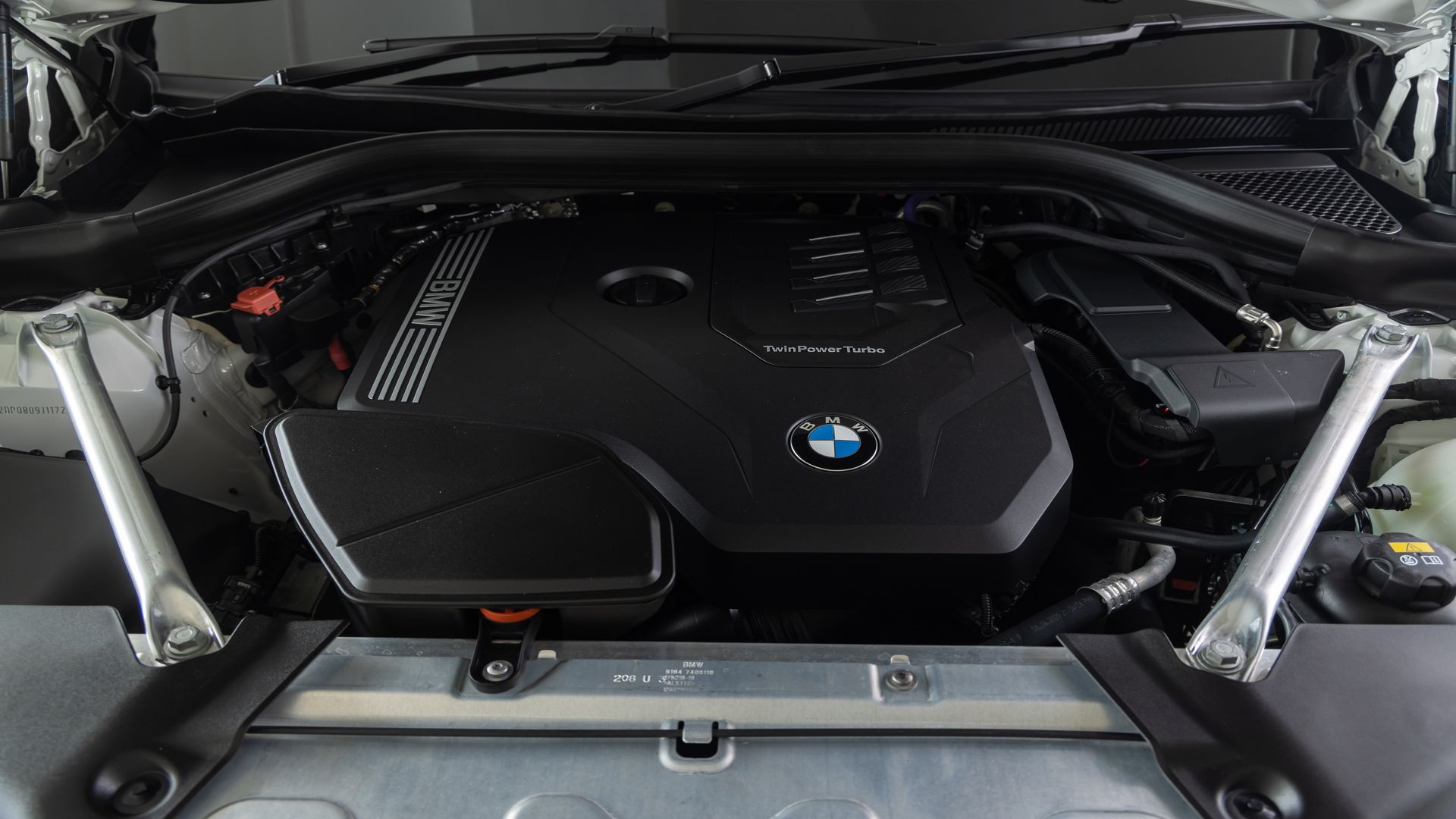 The xDrive30i variant upgrades the engines by 61hp for a total of 245hp and 350Nm of torque, although fuel efficiency dips to 11.49km/L.

The M40i variants of the X3 and the X4 both come with a twin-turbocharged 3L inline-six engine making a hearty 360hp and 500Nm of torque coupled with the same Steptronic automatic transmission.

Unfortunately, fuel efficiency has been reduced to 10.53km/L. However, both retain a more sporty feel, complete with paddle shifters and launch control. 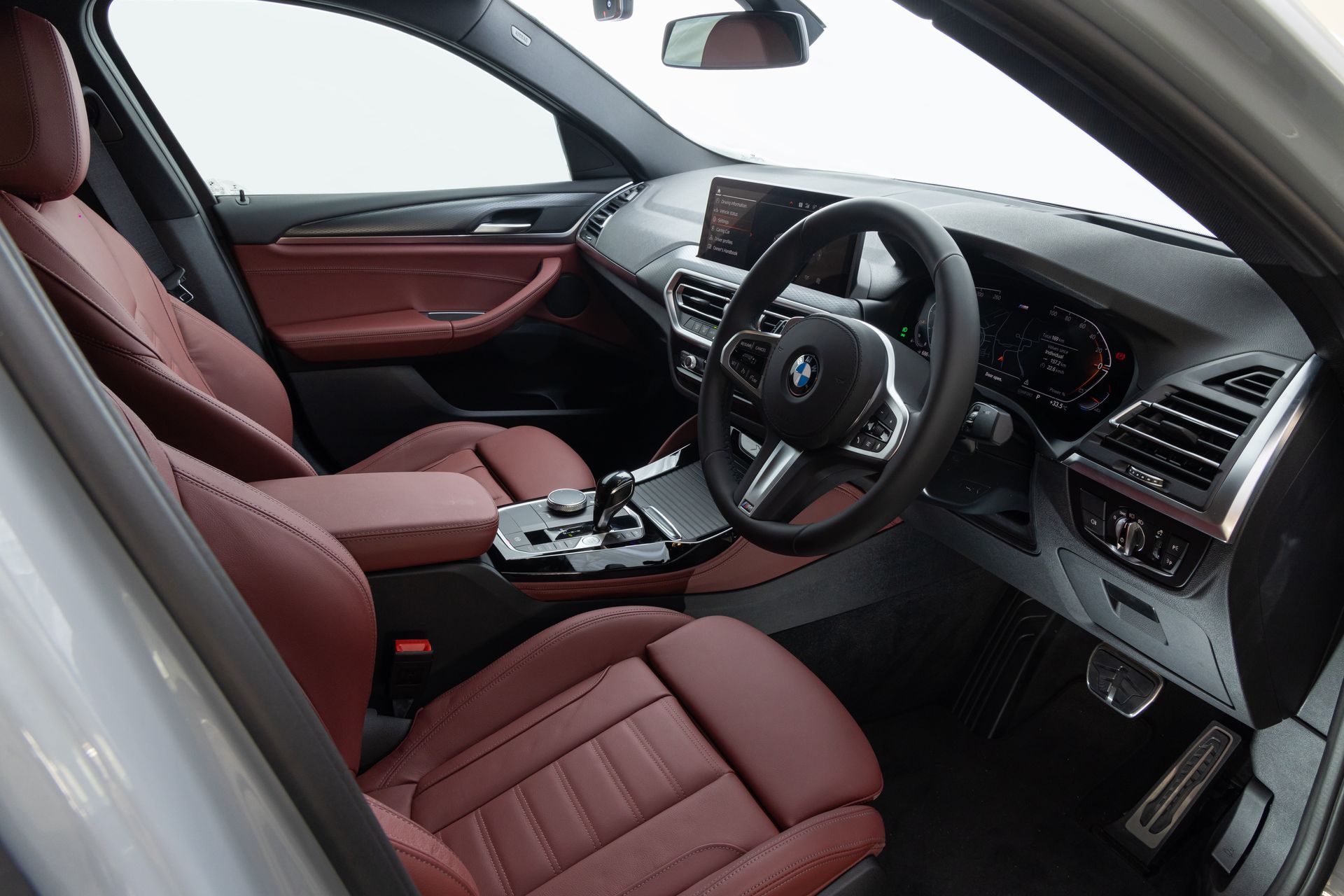 As for the X3 xDrive30e, the plug-in hybrid, BMW has opted to mate a synchronous electric motor to all four wheels making a total of 292hp. At its peak, it can be increased by 41hp. The range leaves more to be desired at approximately 42 to 50km.

All models come with a 48-volt mild-hybrid technology which has been in production since the end of 2019, which increases fuel economy and comfort. An electric boost further increases horsepower by 11hp.

Modern Take On A Classic Design 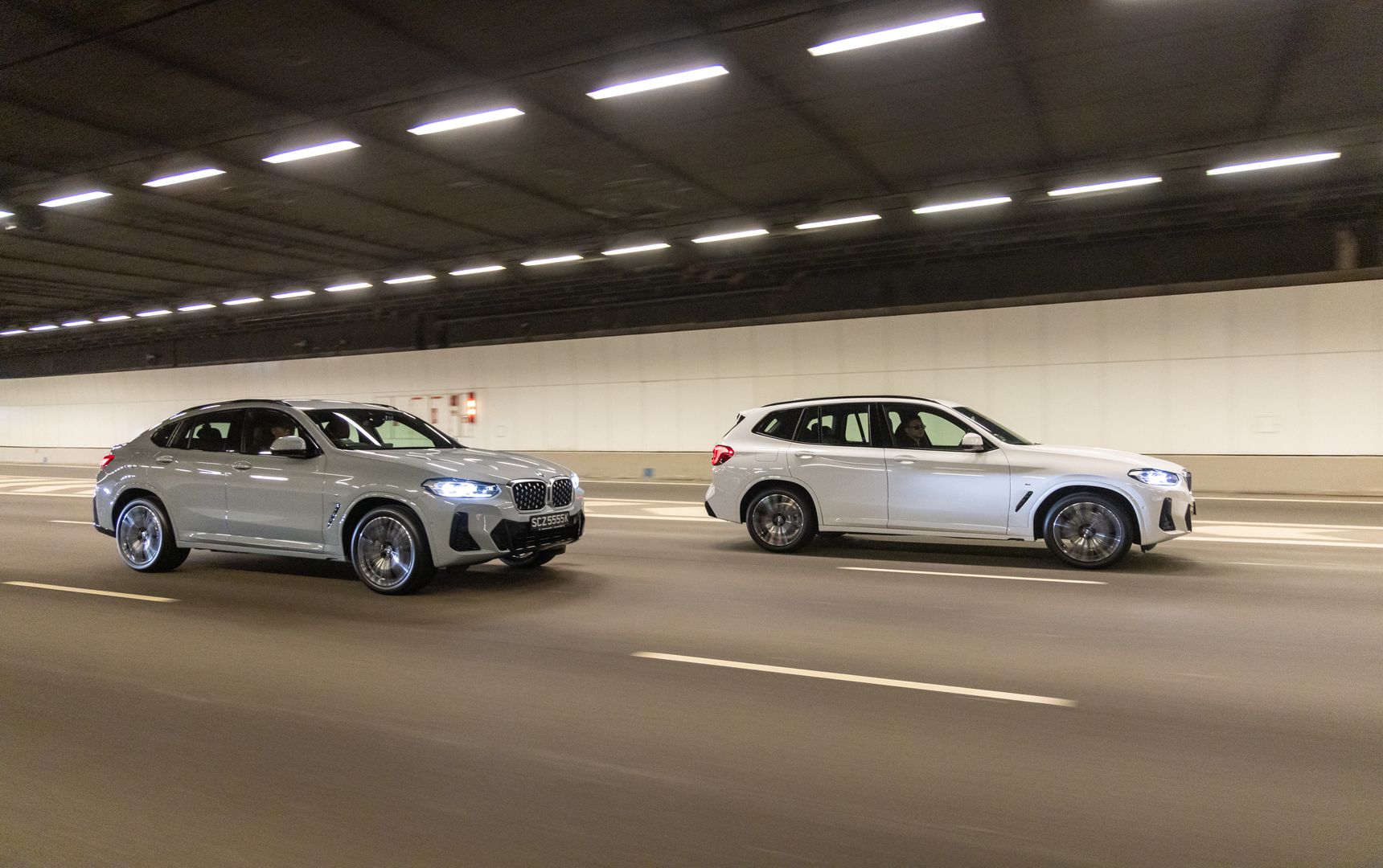 To follow up with their redesigns, BMW has offered a total of 11 paint finishes for the regular range of the X3 and one exclusive paint finish for the X4. These will be expanded in the future. 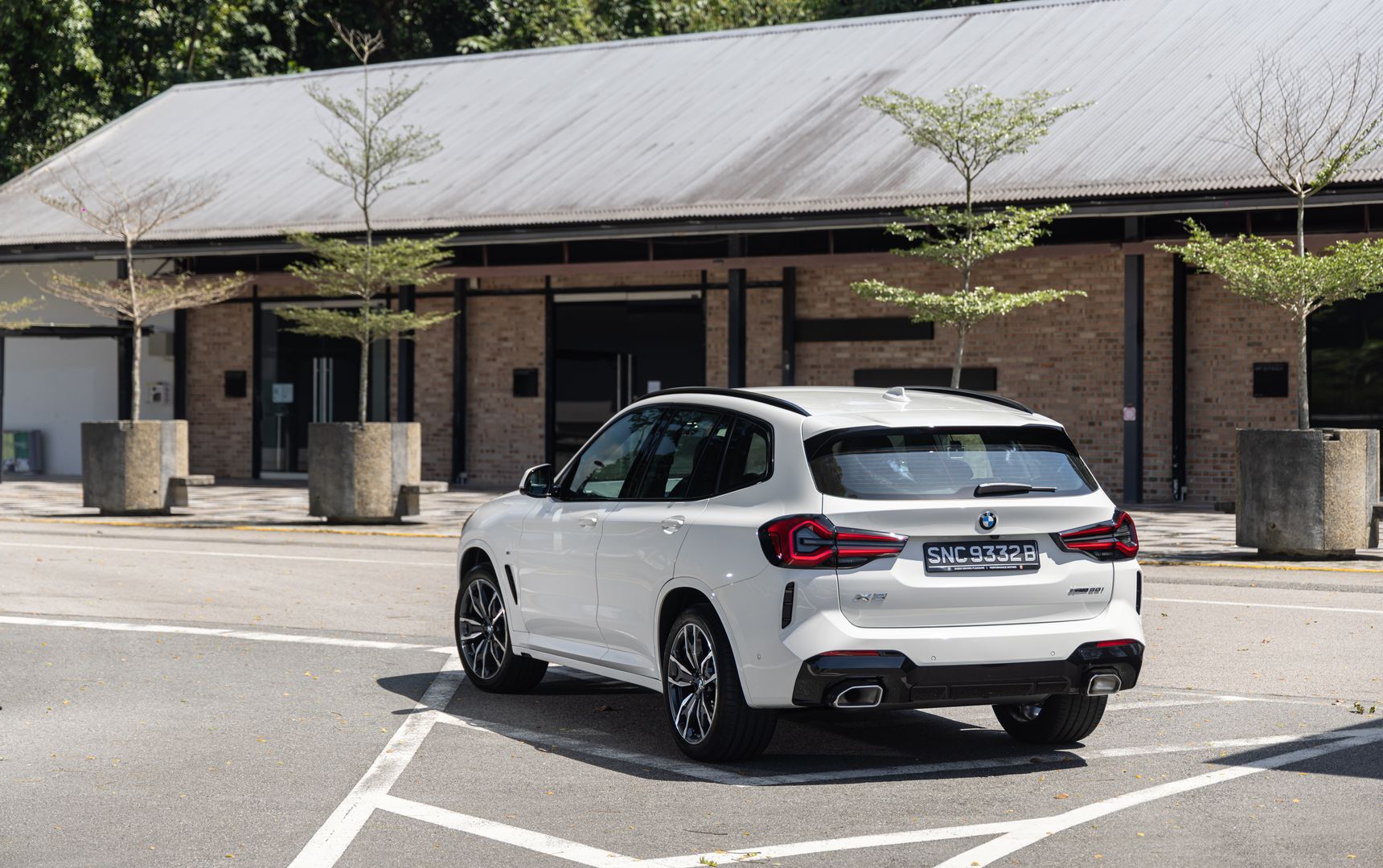 The X3 is marketed to have a more modern appearance which conveys a more powerful presence. The front and rear ends have been drastically redesigned to fit more "X-elements" into them.

The kidney grille especially has been redesigned to give a more striking appearance thanks in part to the single-piece frame and the larger area. 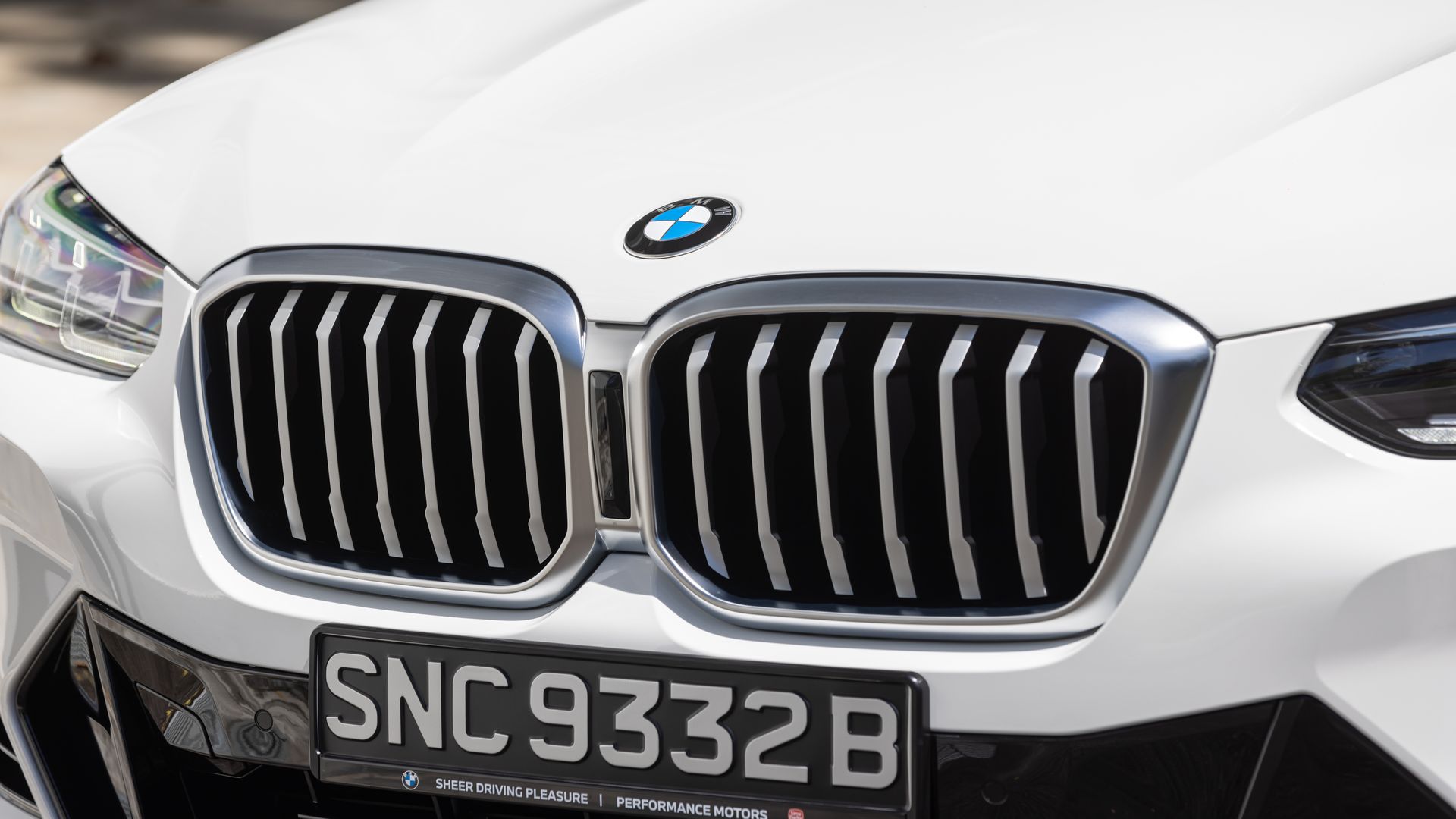 You can also expect existing designs like the side skirts and the underbody protection reminiscent of the older X Line to come as standard.

Additionally, air intakes have been added under the headlights and a high-quality aura radiates from the newly designed front apron, complete with taut and amply-sized surfaces in body colour as well as robust underbody protection. 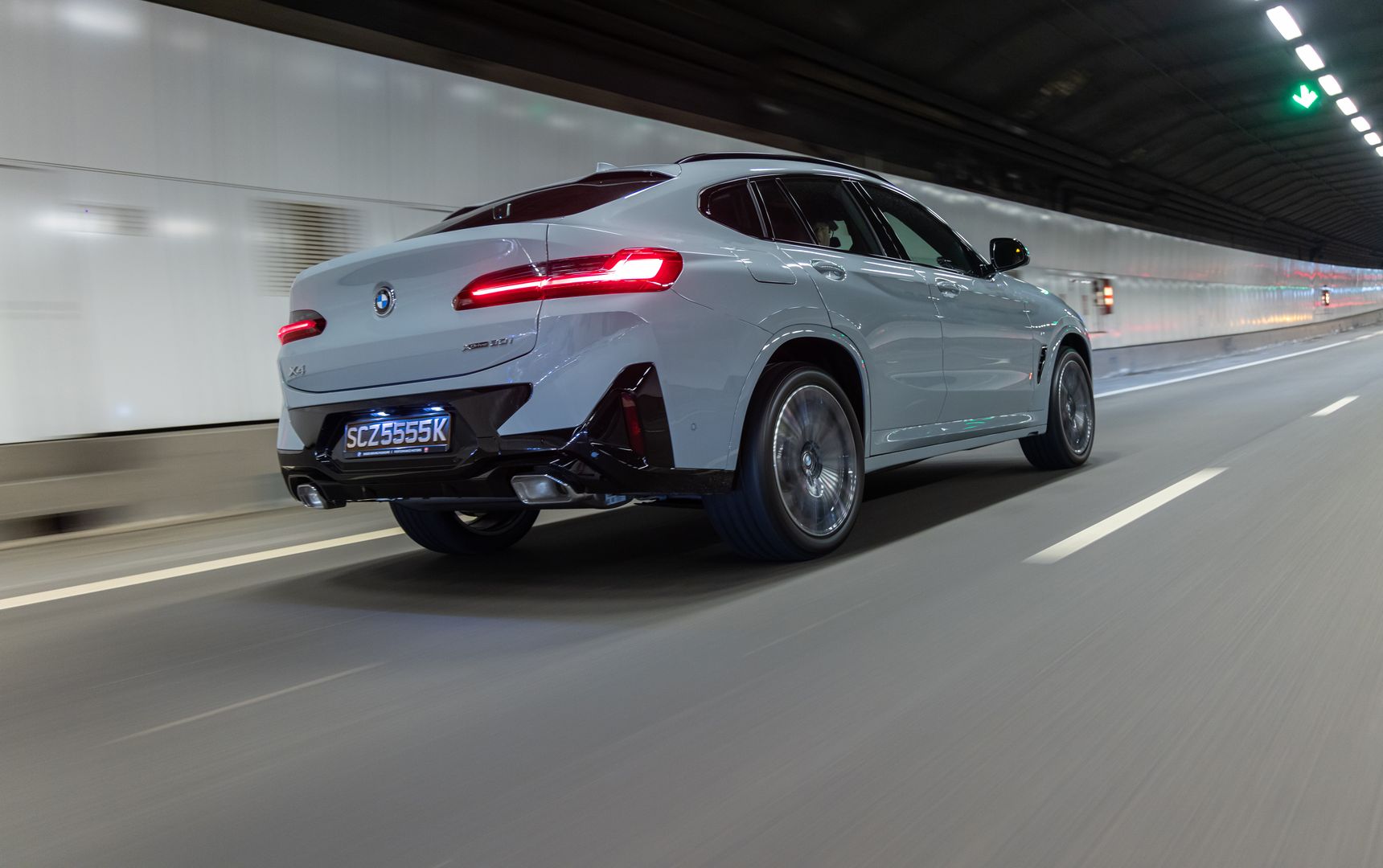 The M package has also been tweaked to give a sportier look, case in point the larger inlets, as well as a more striking diffuser, and is finished in Dark Shadow. Larger 19-inch Y spoke wheels in Midnight Grey Bicolour as well as red or blue brake callipers complete the look. 20-inch and 21-inch wheels are available for the xDrive 30i M Sport and the X3 M40i respectively.

The main focus of this car was the kidney grille as it has been completely overhauled to add exclusive distinguishing features.

The rear has been redesigned for a more clear-cut shape and the rear lights protrude from the back, giving the car a more three-dimensional appearance. Completing the look is a tidier rear apron with more reflectors and free-form tailpipe trims. 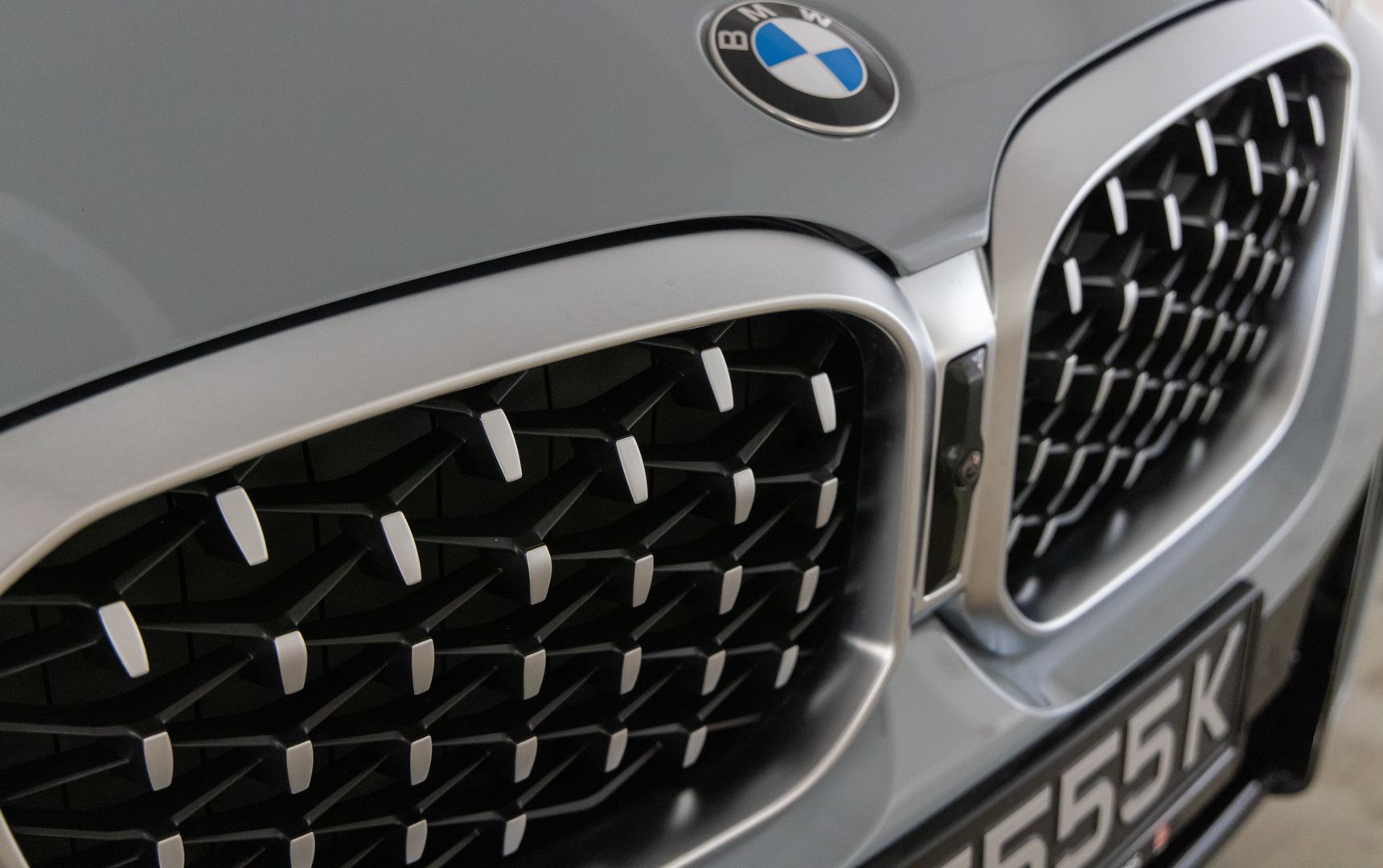 As for the M variant, the kidney grille can be painted in high-gloss black, enhancing the sportier look if the customer chooses. Both the rear apron and the air-curtain panels are finished with high-gloss black for a more powerful overall impression. 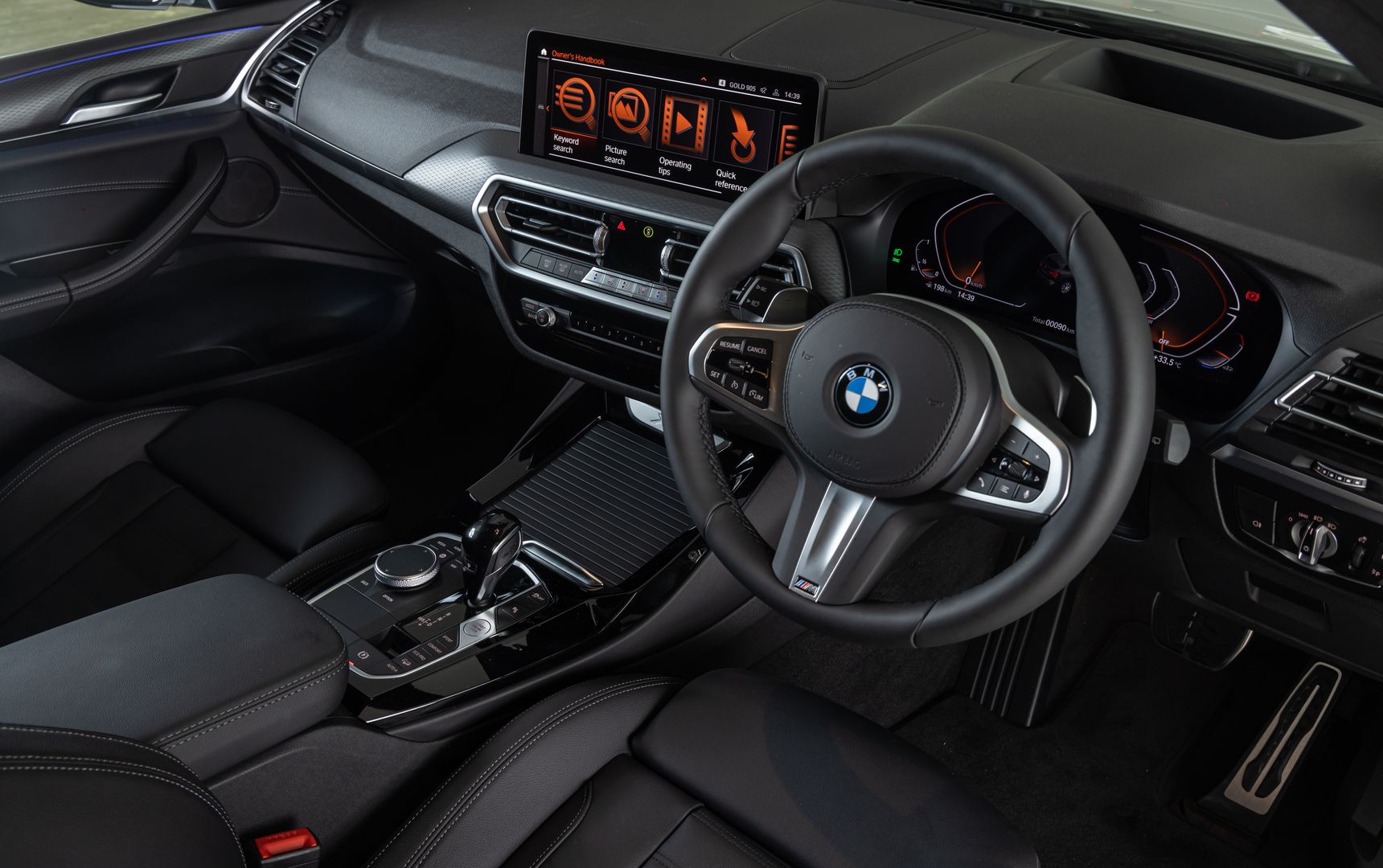 BMW, as a marque, is known for its luxurious interiors and these cars are no different. The standard equipment has been improved significantly, including Vernasca Leather lined seats and automatic climate control. The car's centre console comes standard with a 12.3-inch diagonal Central Control Display touchscreen.

Other upgrades to the centre console include a cup holder as well as various driveability functions and an overhauled look. The BMW Controller also comes as standard on the centre console. In addition, you would find that the automatic start-stop button is located here. 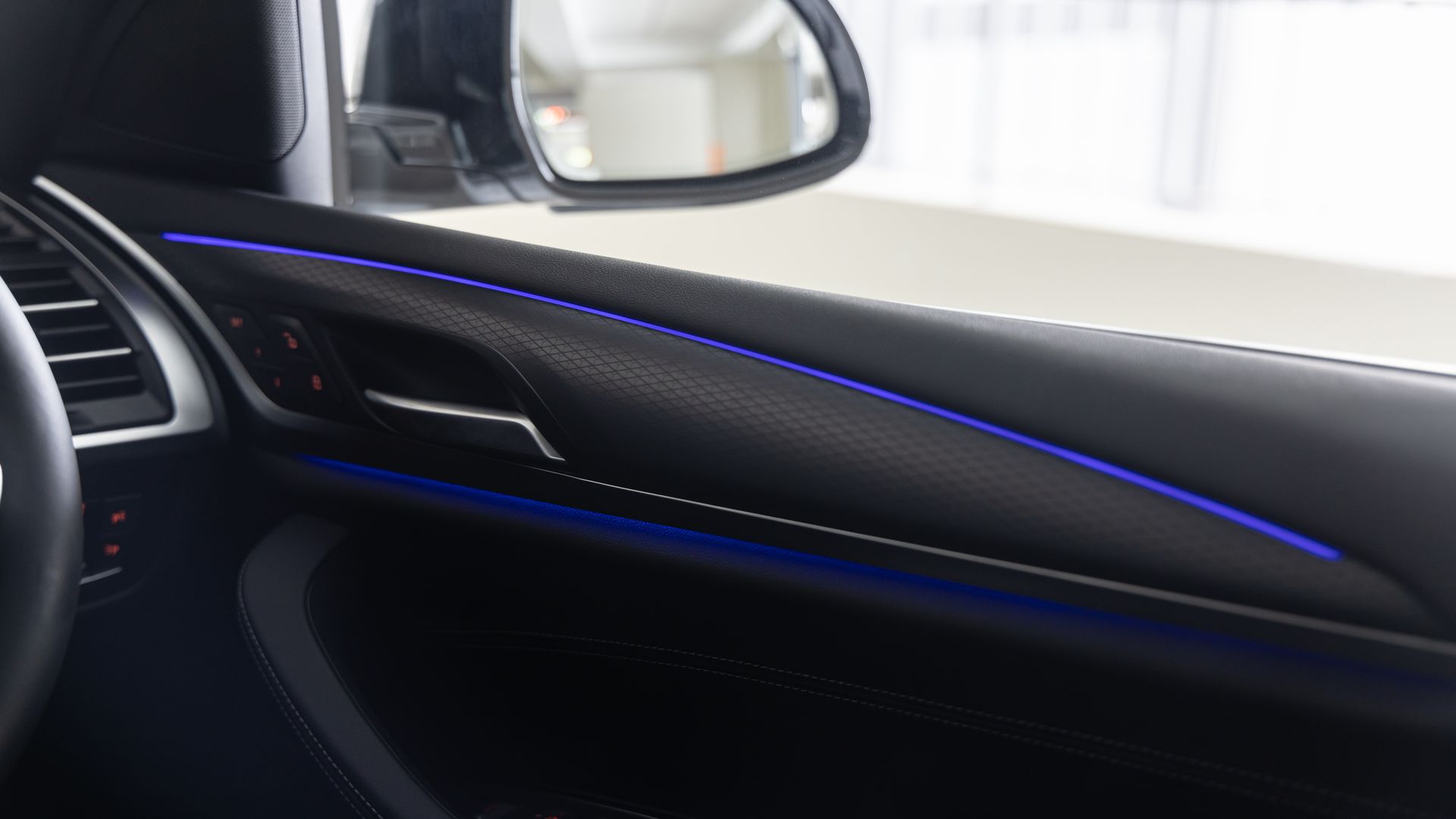 The addition of more functions from Ambient Light, which features contoured light on top of the decorative trim in the dashboard, gives a more relaxed, high-quality feel. Additionally, the electroplated trim elements on the air vents emphasize the contours and lines of the interior.

Another feature of the interior is the BMW Live Cockpit Professional which features optimised smartphone integration via Apple CarPlay, allowing the driver to view the instrument cluster in a Heads Up Display (HUD).

This works using Android Auto as well, with other additions for smartphone functions such as Google Maps, music and other forms of media. 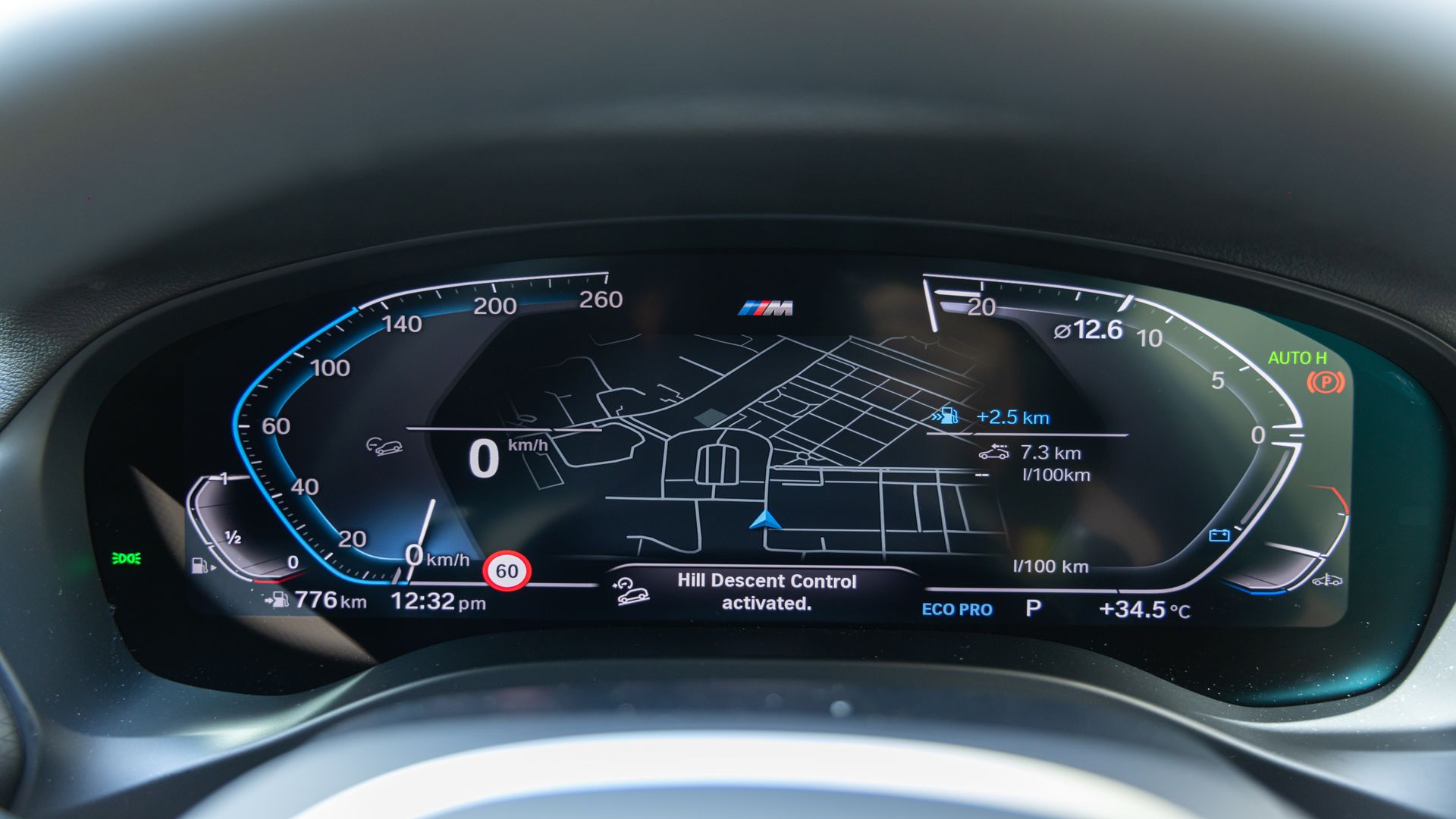 The advancements in technology for BMW also brings forth expanded driving assistance systems for both comfort and safety. Available as an option for the first time is the Driving Assistant Professional which debuts the 3D environment visualisation system dubbed the 'Assisted View' inside the instrument cluster.

Among the other safety features, the car comes with a Lane Departure Warning as well as Pedestrian Warnings with the City Brake function. These warn the driver when a cyclist is detected as well as when changing lanes. 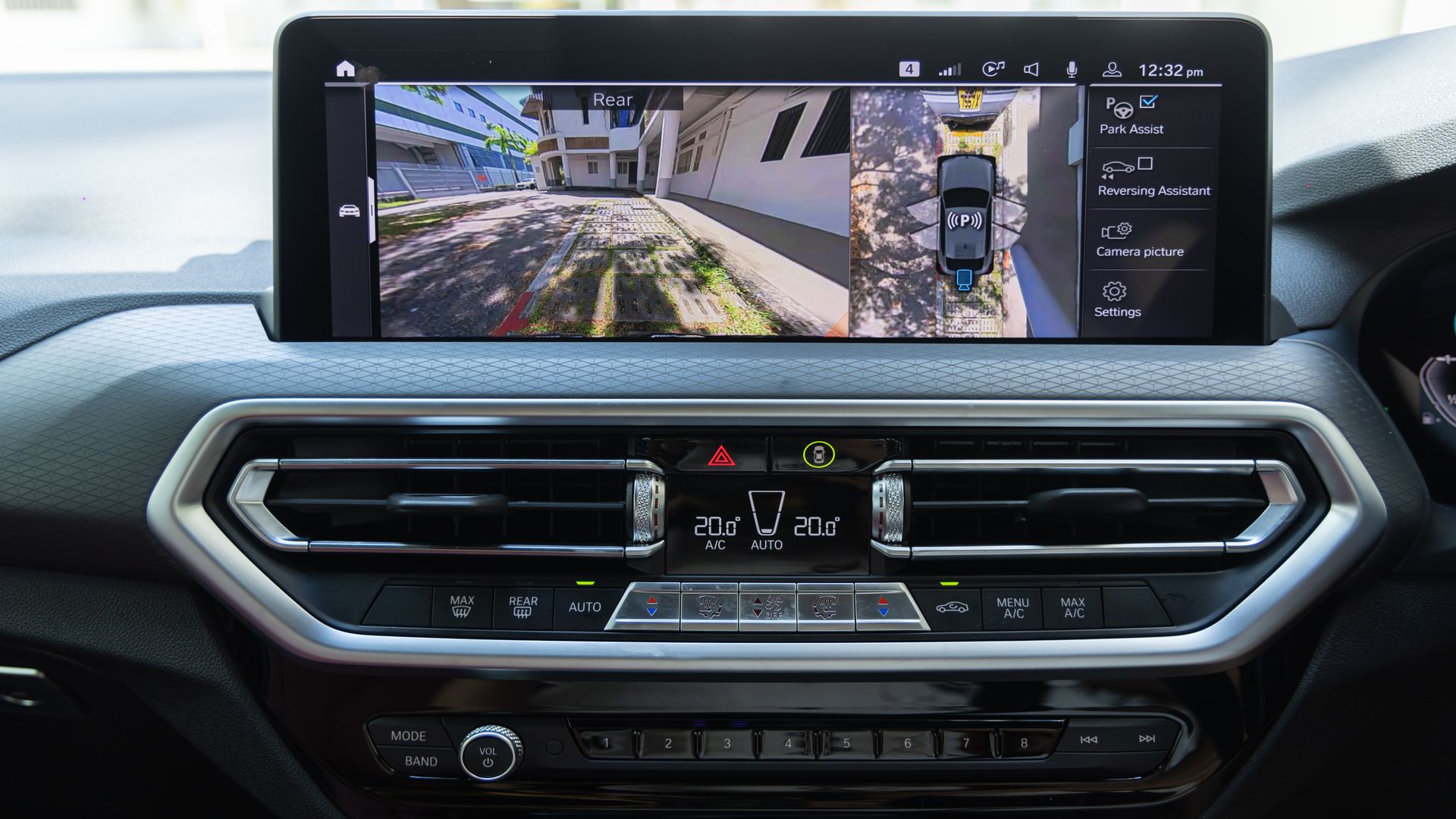 Additionally, the Fit Parking Assistant package is available as standard. This includes the Reversing Assistant which allows the driver to retrace a completed line in reverse for 50 metres with the driver being able to keep an eye on his or her surroundings. As an option, the X3 and X4 can come with a BMW Drive Recorder, taking videos around the car.

Another software newly introduced is the BMW Intelligent Personal Assistant. This software "deepens the bond between customer and car" by using naturally spoken instructions to improve driving pleasure such as accessing the BMW News app for enhanced functionality.

Check them out now at BMW Singapore!

Prices are accurate at the time of writing

Read More: The Hyundai STARIA Is Now Available in Singapore, Priced at S$231,999